In the game Conan Unconquered, the player has the opportunity at the beginning of the mission to choose one of 4 heroes. One of the main characters can change Conan’s avatar to another, but the abilities are the same. Each hero has his own unique ability, which can be activated after reaching the level of a veteran or level 2 of the hero. And also heroes can use artifacts that give new abilities or passive effects. Such artifacts can be obtained if you defeat the keeper or the boss on the map.

In total, heroes can have 5 levels and each increased level increases the characteristics. At the same time, the style of play, melee and ranged combat also change. And this in turn affects tactics and style of play.

Heroes in the game are very powerful combat units that alone can defeat a large army of conventional troops. Moreover, each has its own strengths and weaknesses. And in the event of the loss of a hero, he resurrects after a while with replenished health points. And appears near the fortress.

So, as said above, you can choose one of the following heroes:

Bel was born in Shem. She is a pirate explorer and warrior. The team revered her as a goddess. And she was Conan’s first great love. When attacking enemies uses the Hyrcanic bow. He is a hero of the battlefield and strikes enemies with arrows. 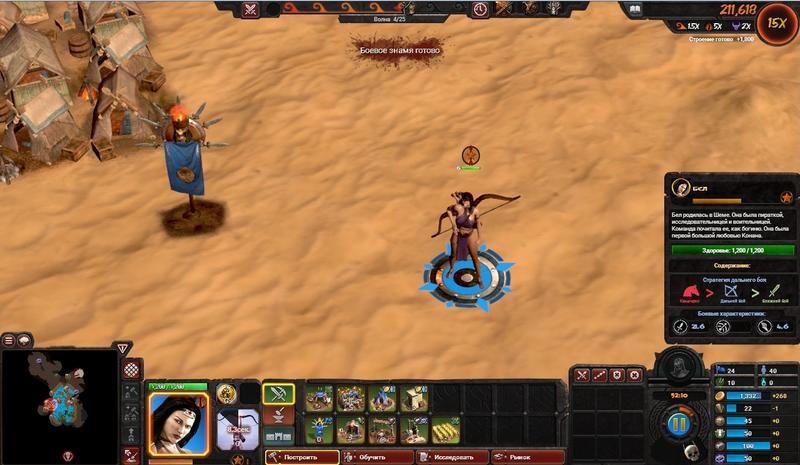 Bel can use its unique Grad of Arrows ability, which must be activated. Once activated, Bel fires a volley of arrows, inflicting damage to all targets in the radius of attack. If there is a brazier nearby, the arrows turn into a “City of Flaming Arrows”. In the meantime, the effect is active. Bel cannot move and it is impossible to cause damage. 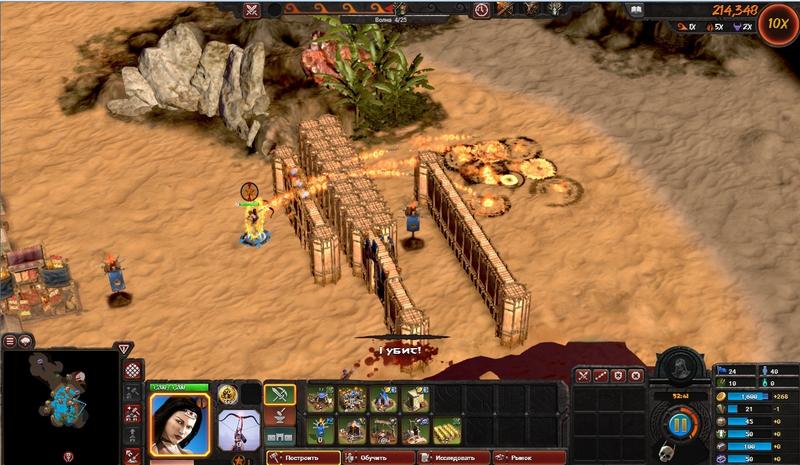 When playing as a ranged hero, it is best to build defenses and walls as early as possible. And if possible, reflect all further attacks precisely behind the fences. And the attack speed is not as fast as, for example, melee heroes. Including the one-time damage done per shot. And the basic attack of “Bel” deals damage to one enemy fighter. As a result, being outside the walls can more effectively repel attacks.

“Conan” originally from Cimmeria was born on the battlefield. Adventurer, experienced fighter, thief and leader. The main weapon of Conan is a two-handed sword. He is a melee hero. 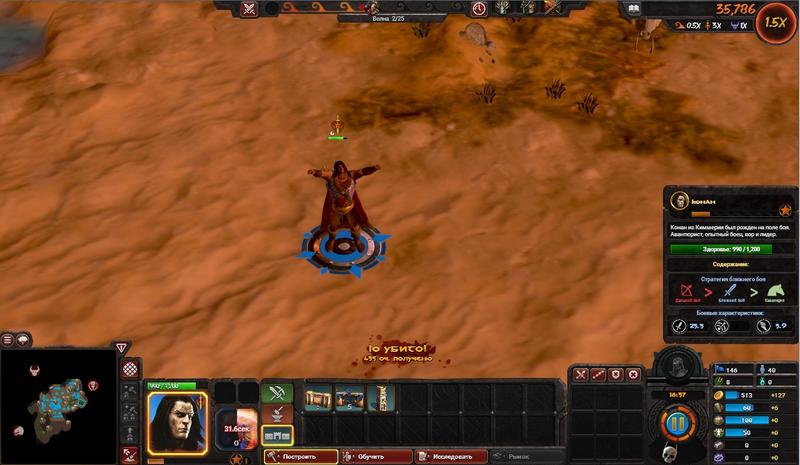 There is the ability to “Strike the Barbarian.” This ability can be used if activated. Once activated, Conan attacks the enemy by creating a whirlwind around. The attack does great damage to all enemies in the field of action. When activated, it deals one increased blow to the enemy.

“Conan” is not difficult to fend off close attacks of the enemy. But when attacking a horde of heroes, it is better to withdraw outside the defenses and accept the first attacks. Thus, the protection will last longer and be more effective. And if the hero runs out of strength points, he can be sent for defensive walls and healed. And then return to the battlefield and continue to clear the horde. 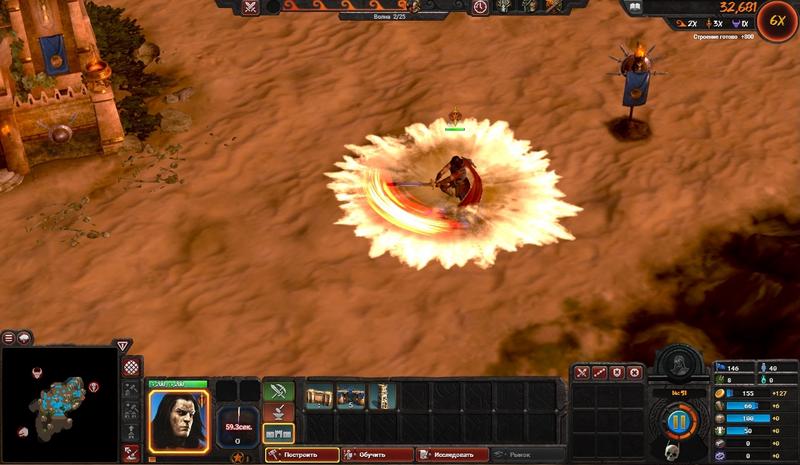 Not effective against flying fighters. When playing a melee hero, it is better to hire more ranged infantry. And to build “Ballista Towers” ​​and “Watchtowers” ​​near the fortress, in case of attacks from the air.

When playing a melee hero, it is better to be in front of defensive structures. And meet the horde before it reaches the walls. That is, the hero should be a little further from the walls, but not so far. And if the hero gets big wounds, you can return beyond the walls to replenish health. And then again continue the battle.

One of the last surviving priests of the Stygian god Ibis. The cult of which was almost destroyed by Thoth – Amon. The main weapon of Calantes is the Ibis Wand. He is a ranged hero. Basic attacks can hit multiple enemy fighters if they are nearby. 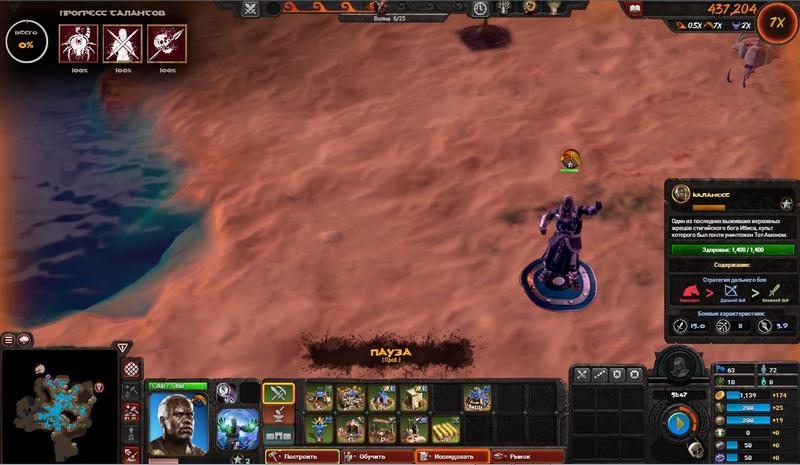 Calantes possesses the basic Ibis Defense ability. This ability is active and when it is activated, a positive effect is created. When the ability is active, all allies in the area of ​​effect receive protection, which temporarily reduces the damage received and blocks the effect of mora, poison and fire.

Of all the abilities available to the heroes, “Calantes” has the least used and necessary. Since almost the whole game you have to keep the defense. And since “Calantes” is a long-range hero, he is behind the defenses and walls. And the army itself is located in the towers. And if there is a need to use the “Ibis Defense” ability, then it is extremely rare. And it does not give a big advantage.

However, the Calantes is a mage and some enemy fighters take extra damage. In addition, the basic attack deals damage along the radius and immediately affects several enemies located next to each other. And this gives the player a number of advantages. Another nice feature is the effective fight against flying enemy units. “Calantes” kills them in 2 shots, unlike “Bel”. A fiery demon with 3 times, other heroes fight him fight longer. 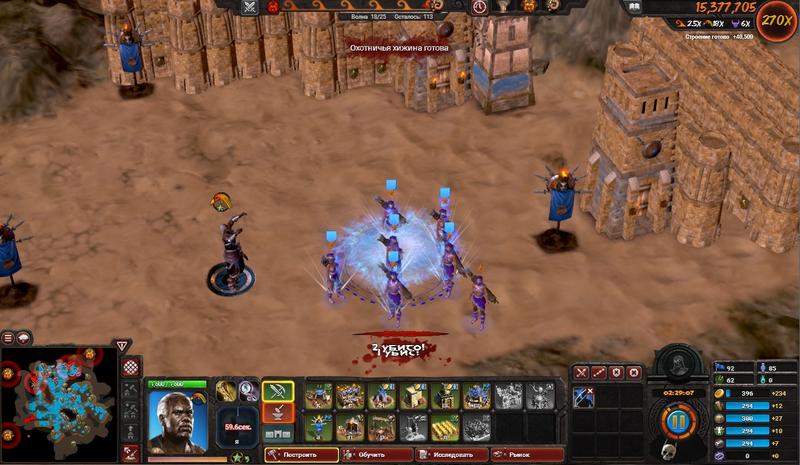 Well, when repelling enemy hordes, “Calantes” is of course better to be behind the defenses since he is a long-range hero. Build defenses and walls as early as possible. And if possible, reflect all further attacks precisely behind the fences. And the attack speed is not as fast as, for example, melee heroes.

“Valeria” is a pirate and a warrior of the Red Brotherhood. Known for her intelligence, courage and mastery of the sword. The main weapon is two swords. He is a melee hero. 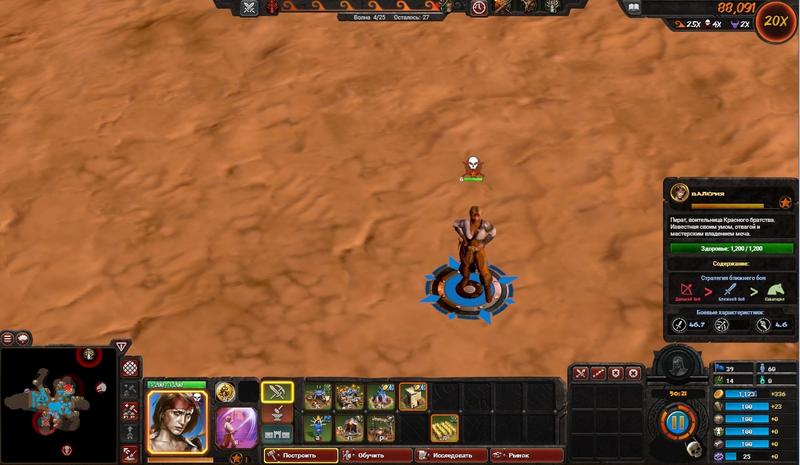 Valeria has the unique ability, Fury of the Red Brotherhood, which takes effect after activation. After the ability is active, “Valeria” turns into a whirlwind of steel and blood. As long as the ability is active, it moves faster and does not take damage from enemy attacks. And also deals damage to all enemies in the circle of himself.

Of all the abilities of the heroes, “Valeria” can say the most effective. Compared to Conan, which deals damage in a radius of one hit per activation. “Valeria” can also cause damage within a radius of itself and at the same time not once per hit, but during the duration of the ability. And in addition, the speed of movement increases and does not receive damage. The ability of “Valeria” to effectively use both when attacking enemy fighters, and when retreating. 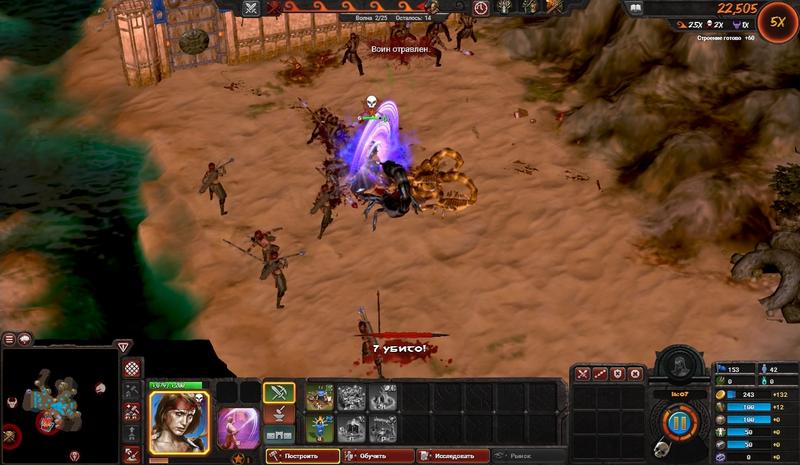 “Valeria” as a melee hero has a weakness in front of flying fighters. There is no way to damage them. And since he is a melee hero, you will have to hire more ranged infantry. And to build “Ballista Towers” ​​and “Watchtowers” ​​near the fortress, in case of attacks from the air.

When attacking an enemy horde, try to accept attacks by the hero before the horde reaches the walls. If there is such an opportunity. That is, the hero should be a little further from the walls, but not so far. And if the hero gets big wounds, you can return beyond the walls to replenish health. And then again continue the battle.