The French armored car Panhard AMD 178B was created as a reconnaissance vehicle to help cavalry. Manufacturing began in 1934 by Ranhard, which manufactured 551 units of military equipment. 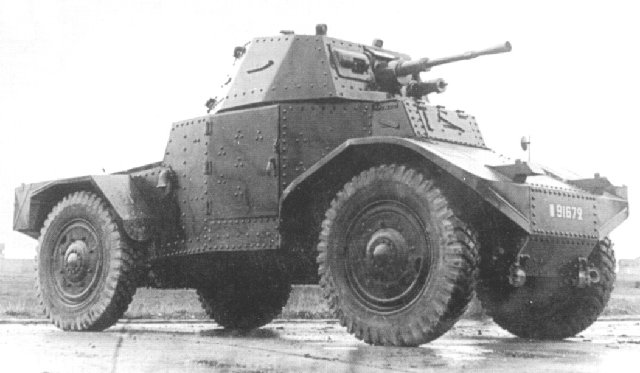 The body of the combat vehicle was made of riveted metal sheet. To control the machine, the driver’s seat in the front was adapted. And in the tower there were two places for shooters who could produce shots from the 25 mm gun of the ARCH 3.

The first combat actions of the Panhard AMD 178B were adopted as part of the French cavalry in the spring of 1940. At that time, these combat vehicles could withstand superiority the enemy army of Germany. But for some reason, the Germans went to the Germans as trophies in good condition. Already in the service of the Germans, the Panhard AMD 178B armored car was assigned the designation Pz.Span.204. 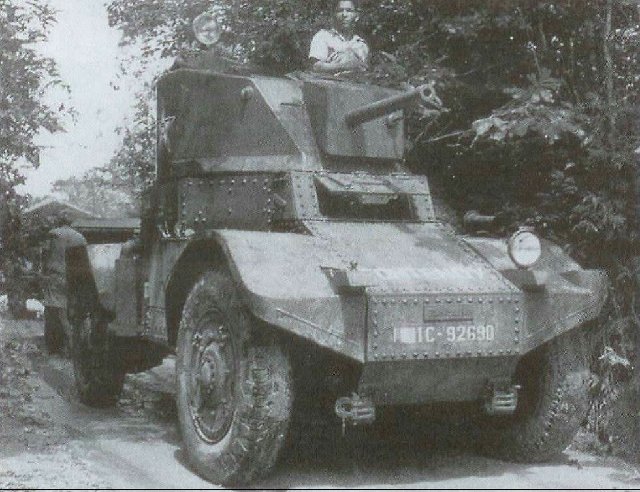 About 200 armored vehicles were taken into the military units of the German army. Some were remade and improved to German standards. So for example, the radio station was redone, or rather replaced with another, German production.

At the beginning of June 22, 1941, there were about 190 armored vehicles on the Eastern Front in the German army. And in June 1943, the Germans left only 63 units of the tank. The remaining several armored vehicles were transferred to police stations. 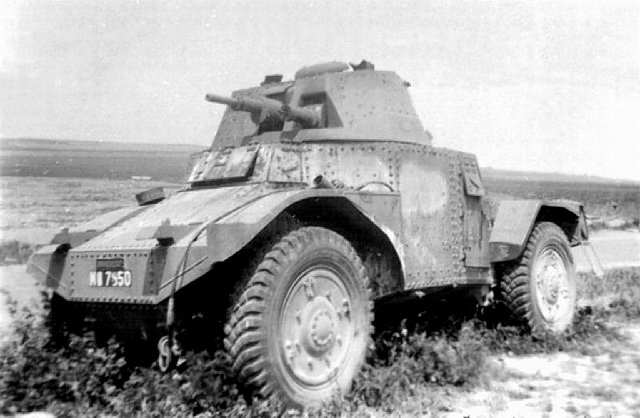 Germany taking armored cars into the trophy did not limit the French state in the possibility of having such a class of vehicles. But the condition was set for the dismantling of the combat cabin, turret and weapons in the part of the gun. Despite these requirements, the French army still continued to manufacture combat towers for military vehicles.

But the Germans managed to destroy the produced battle towers when they invaded the free zone of France in the south in November 1942. 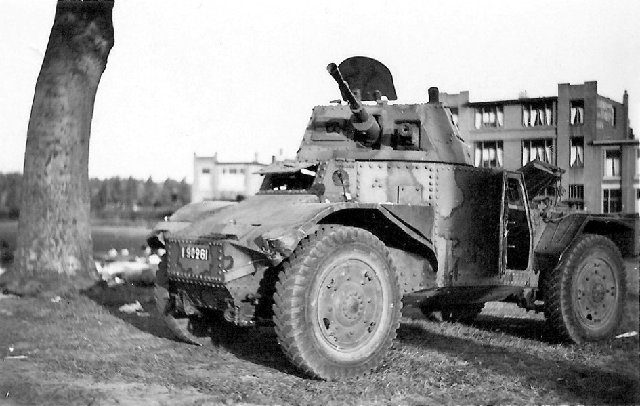 In 1943, the Germans needed these fighting vehicles only to carry out order. But they did not refuse to modernize the weapons. The Germans managed to install a 50 mm KwK L / 42 cannon in the Panhard AMD 178B.

By the end of 1944, when in France there were several units of Panhard AMD 178B combat vehicles that took part in the battles. Despite his weak weapons for this period. 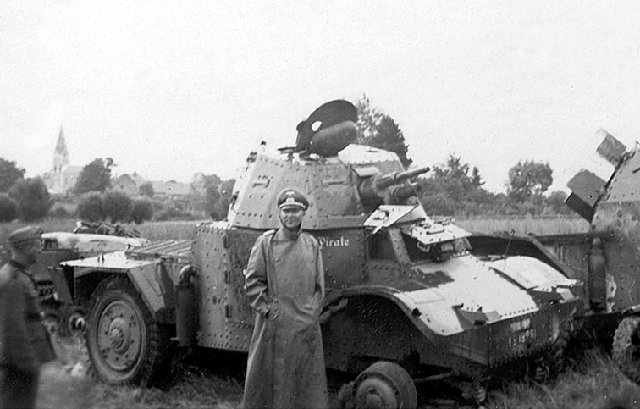 And in early 1945, the French leadership decided to resume production, but with improved armament 47 mm SA35 gun. The tower that contained such a gun was developed back in 1940, but production had to be curtailed due to an attack by the German side.

After World War II, the Panhard AMD 178B were taken into the French army. And in 1950, a large batch of armored vehicles was sent to Indochina for further service. These armored vehicles were used in Djibouti to suppress riots. 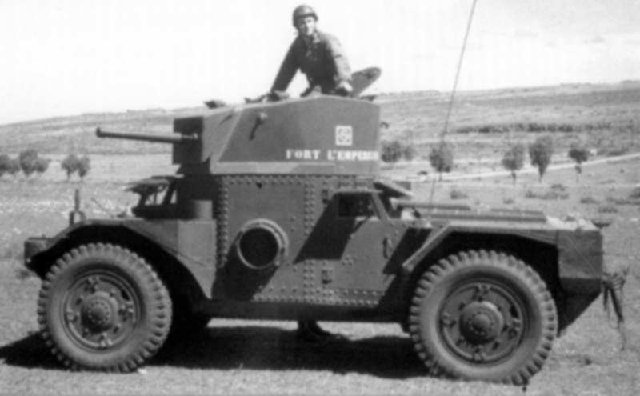 In the online world of tanks.

In the world of tanks Panhard, the AMD 178B is at level 6. In the French line, this is the first wheeled tank or armored car. According to its technical characteristics, it can be rather called transitional to the following more advanced modifications.

From historical references, 2 versions of guns were installed on this armored car. This is a 25 mm APX 3 gun and 47 mm SA35 gun. The developers included other weapons in the game, and players have 3 weapons to choose from. 47 mm SA37B amélioré, 75 mm Gun M6B and 75 mm SA49 (EBR). Most likely, this decision was made due to the balance of technology. Since the 25 mm gun is not able to penetrate most tanks from level 4.

To develop and pump an armored car is not easy. The base weapon deals only 55 damage. Because of what, the usual comfort and attitude towards this machine drops sharply. But reaching the gun 75 mm SA49 (EBR), which deals one-time damage of 110 units. The tank begins to bring a little pleasure from playing at medium distances. True, the surrounding allies perceive the average distance not very adequately and probably correctly, because the Panhard AMD 178B is a light armored vehicle designed for reconnaissance.

Panhard AMD 178B is able to reach a speed of 65 kilometers per hour and perhaps this is one of the best indicators in speed. But you need to get used to the management. It doesn’t work out on the spot. And to turn you need to be in motion, but in tight places it’s not very comfortable. Once in a skirmish with an enemy tank in a bottleneck, a defeat is likely. And this in turn creates problems when attacking enemy tanks in urban areas.

The reverse gear compensates for this drawback. The movement of the armored car is almost the same as when moving forward. And when hitting an obstacle, you can quickly leave back without any unnecessary turns.

When spinning an enemy tank, you need to slow down a little to reduce the radius. But forget about moving forward, too.

Light armored vehicles have almost no armor, 20 millimeters of armor in the forehead and even less on the sides and back. Landmines take the tank with a bang, if the hit passes. In some cases, wheels save the tank, for some reason some shells get there and do not cause much damage. 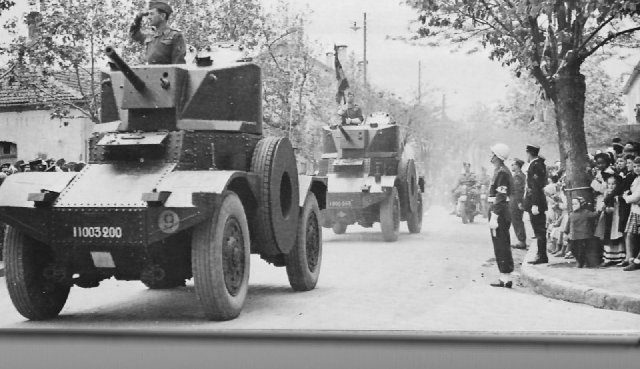 Despite the light class Panhard AMD 178B armored car, which is considered a scout. With intelligence, he is not very good, a 300-meter review is very small. Among classmates, this is the lowest rate. Enemy tanks manage to light up the armored vehicle before Panhard AMD 178B is detected. And even in the role of a scout it’s difficult to play on it. 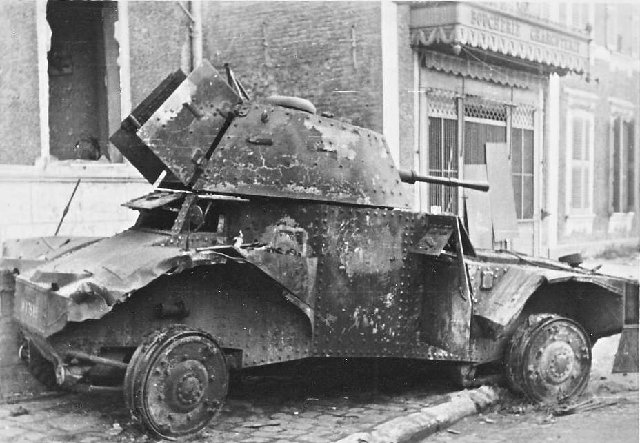 From the above, we can draw the following conclusions about the Panhard AMD 178B:

– It is rather a support tank and is transitional for access to more modern modifications.

“Because of the worst radius of view of 300 meters, the scout is not very good.” And it gets into detection by enemy tanks earlier than it detects other enemy light tanks.

– The main terrain for comfortable traffic is not urban and not with narrow roads. And the one where there are the least obstacles and there are reliefs hiding the silhouette of an armored car.