Designed in August 1941, Design Bureau No. 37 under the direction of N.A. Astrova. In September of the same year was adopted. During the serial production 5920 tanks were built. Serial production continued until February 1943, but the tank was in service until the end of the war. From 1941 to 1942, 5839 units were manufactured. 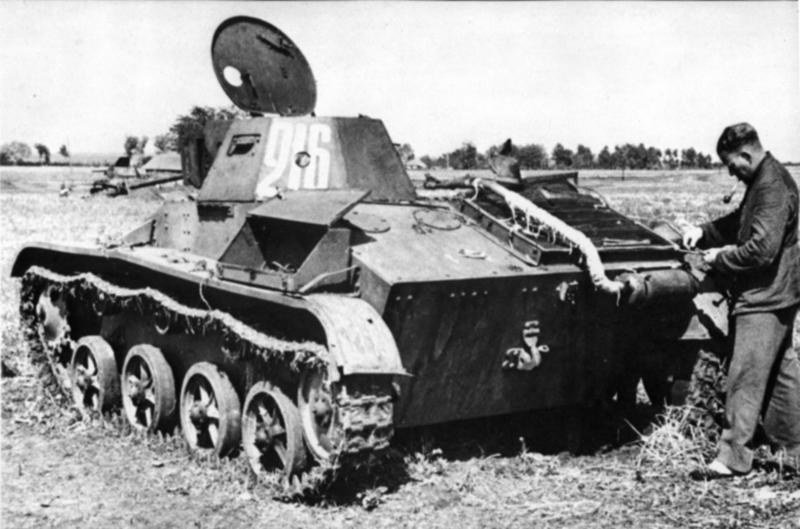 In May 1941, Moscow Plant No. 37 was given the task of mastering the production of a new generation T 50 light tank. The workers of Plant No. 37 made a decision to create a new light tank to accompany infantry and, at the same time, combat-ready. They planned to use the used motor transmission units and T 40 chassis. The hull was supposed to have a more rational shape, reduced size and enhanced armoring. 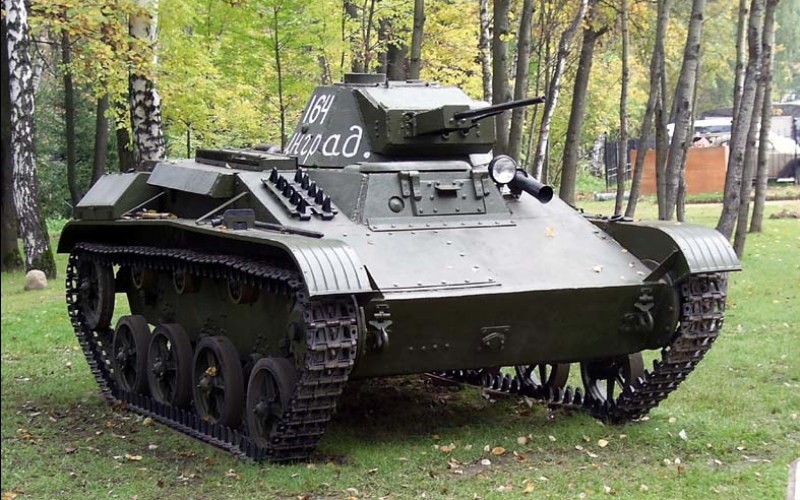 When convinced of the feasibility and advantages of such a solution. Chief Designer N.A. Astrov and senior military representative of the plant, lieutenant colonel V.P. Okunev wrote a letter to I.V. To Stalin. After that, V.A. Malyshev, who was entrusted with the new machine. He examined with interest the layout of the tank and approved it. They discussed technical and production problems with designers and advised replacing the DShK machine gun with a much more powerful 20 mm ShVAK automatic gun. It was supposed to attract five plants of medium and heavy engineering to the production of T 60.

For the T 60 tank, A.V. Bogachev created a fundamentally new, more durable all-welded body. The tank turned out to have a smaller reserved volume than the T-40 and a low silhouette. The hull had angles of inclination of the frontal and stern sheets made of rolled homogeneous armor. Smaller hull sizes made it possible to bring the thickness of all frontal sheets to 20–35 mm, side plates to 25 mm, and rear ones to 25 mm. 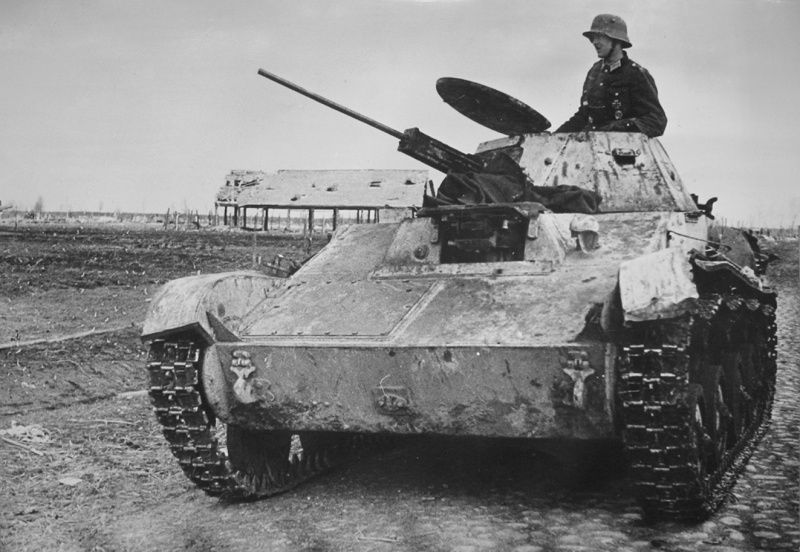 The driver was located in the middle in the forward-facing wheelhouse with a frontal flap and a top entrance hatch that recline in a non-combat setting. The driver’s sighting device is equipped with a quick-change mirror glass unit “triplex” with a thickness of 36 millimeters covered by an armored shutter. An emergency hatch was located in the bottom 6–10 mm thick. For external access to the engine and transmission units, there was a removable front armor cover in an inclined front sheet. The idea of ​​a removable turret sheet with a thickness of 10 millimeters was realized in the tank. Part of the combat vehicles was equipped with additional armor screens up to 10 mm thick. On tanks of early releases, the radio station was not installed. 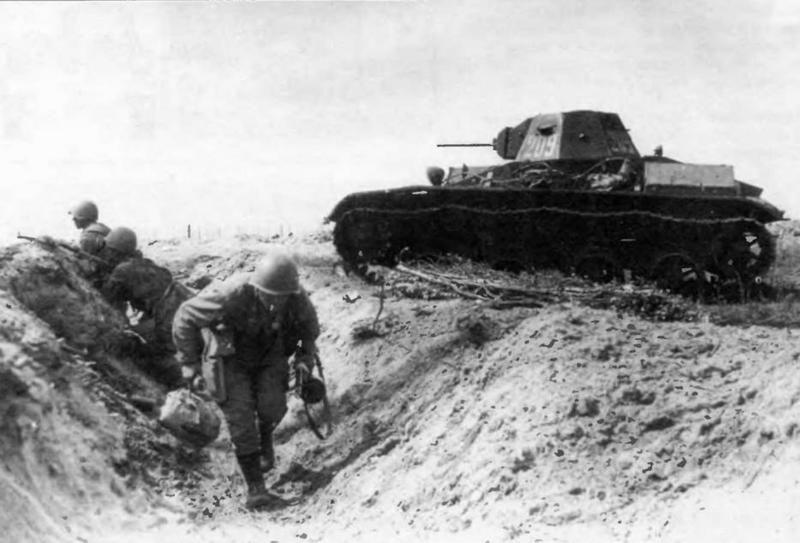 The new tower with a height of 375 millimeters was designed by Yu.P. Yudovich. It had a cone-shaped octagonal shape and more technological. It was welded from flat armor plates 25 millimeters thick, located at large angles of inclination. This solution significantly increased its resistance to shelling. The thickness of the front zygomatic armor plates and weapon masks subsequently reached 35 millimeters. The 10–13 mm thick roof had a large commander’s hatch with a round lid. The tower was offset to the port side by 285 mm from the axis of the hull. 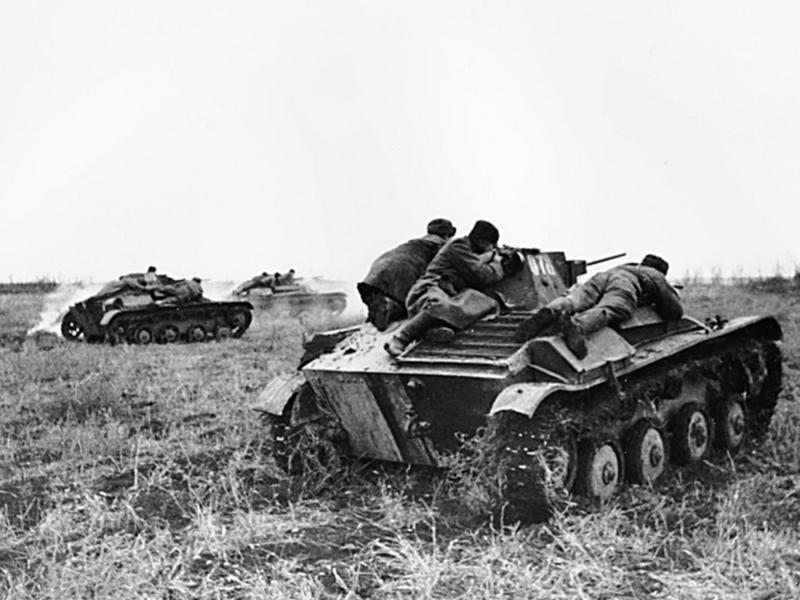 In terms of armament and mobility, the T 60 tank generally corresponded to the German Pz.II. But slightly superior in armor protection, power reserve and patency on soft soils. Its armor provided protection from shells of light infantry 75 mm guns, as well as 37 mm anti-tank guns, at distances up to 500 m. Which were used in 1941-1942 in the Wehrmacht.

History of releases from conveyors.

Meanwhile, on September 15, 1941, Moscow plant No. 37 produced the first serial T 60. However, due to the evacuation that followed shortly, production was stopped on October 26. A total of 245 T 60 tanks were made in Moscow. Instead of Tashkent, which was supposed to be at the beginning, the plant was evacuated to Sverdlovsk on the territory of the Metallist factories. Vojvodina and Uralmash branch to three industrial sites. The equipment arrived from October 28 to November 6. Together with part of the KIM plant evacuated there, a new tank factory No. 37 was formed. The first 20 T 30 and T 60 tanks assembled on December 15, 1941 passed through the streets of Sverdlovsk on January 1, 1942. In the first quarter of 1942, 512 cars were already produced. In total, up to September 1942, 1,144 T 60 were produced in the Urals. 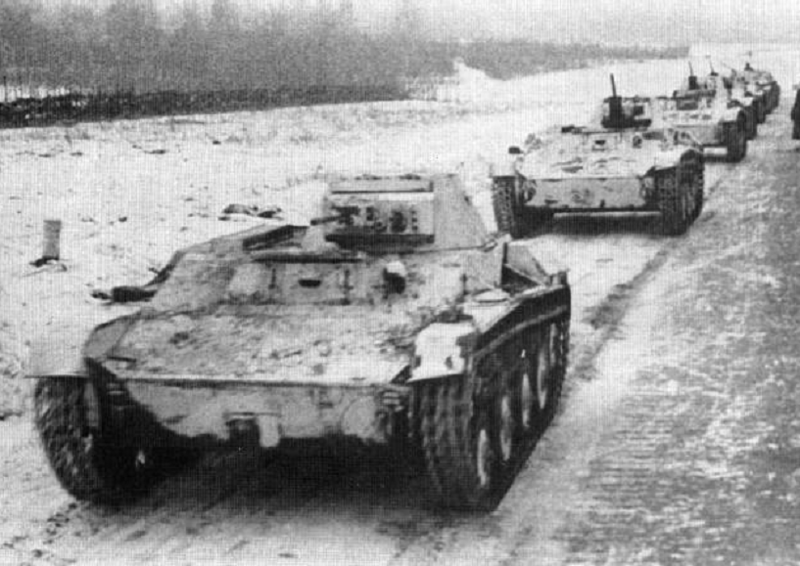 For the production of armored hulls of the T 60 tank, the workshops of the Kolomna Engineering Plant named after Kuibyshev. At the factory to them. Kuibyshev produced the hull of the T 60 tanks, which were then sent to the plant number 37. In October 1941, the workshop to them. Kuibyshev were evacuated to the city of Kirov, on the site of the Kirov Machine-Building Plant of the NKPS im. May 1. A new plant No. 38 was created here, and already in January 1942 the first T 60 tanks came out of its gates. Since February, the plant began their planned production, at the same time supplying the rest of the enterprise with cast track tracks, which only STZ had previously made. For the 1st quarter, 241 cars were manufactured, in June – 535 units. 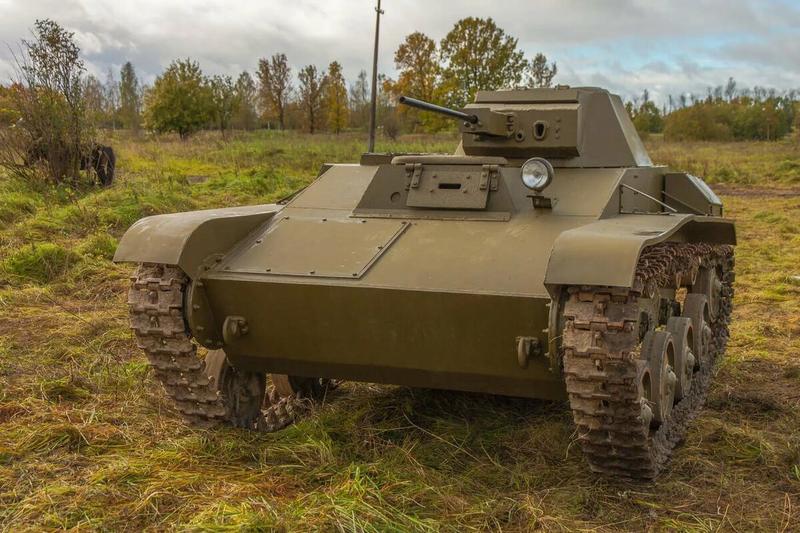 Another enterprise involved in the production of T 60, plant No. 264 received technical documentation for the tank in a timely manner. But in the future he drove the car on his own, without resorting to the help of the parent plant and without trying to upgrade it. On September 16, 1941, the workers from the evacuated KhTZ, who were already engaged in the development of the T 60 production in Kharkov, joined the tank building. They arrived at factory No. 264 with the tool reserve already prepared, so the first armored hull was already welded by September 29. The units of the transmission and chassis were supposed to supply the tank production of STZ (plant number 76). In December, it was possible to assemble the first 52 cars. In January 1942, 102 tanks were already handed over, and in the first quarter, 249 units of tanks. In total, up to June 1942, 830 T 60s were produced here. A significant part of them participated in the Battle of Stalingrad, especially in its initial phase. 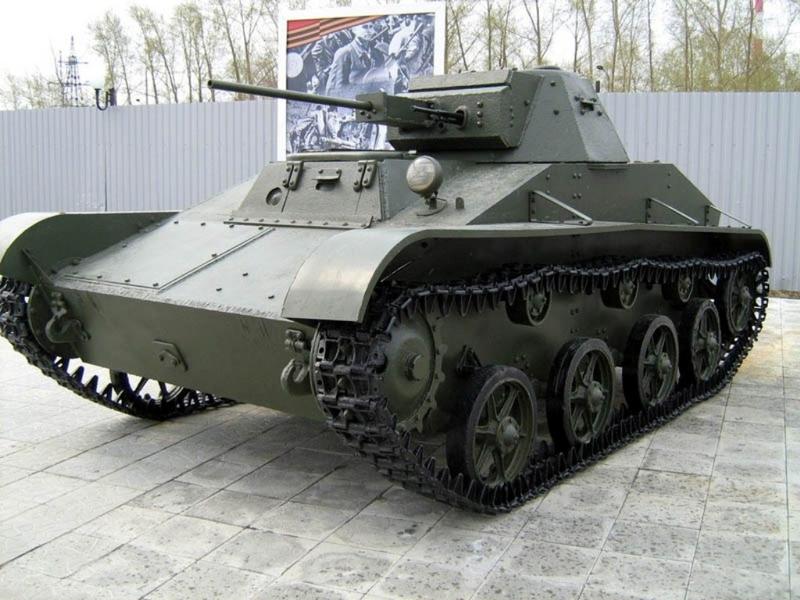 The head and largest plant for the production of T 60 was GAZ. On October 16, 1941, N.A. Astrov with a small group of Moscow colleagues for the design support of production. Soon he was appointed deputy chief designer of the tank factory, and in early 1942 he received the Stalin Prize for the creation of the T 40 and T 60.
In a short time, the plant completed the production of non-standard technological equipment. And from October 26 he began mass production of T 60 tanks. The Vyksa crushing and grinding equipment plant (DRO) No. 177, later the Murom Locomotive Repair Plant named after them, began to be supplied in increasing quantities for them in increasing quantities. 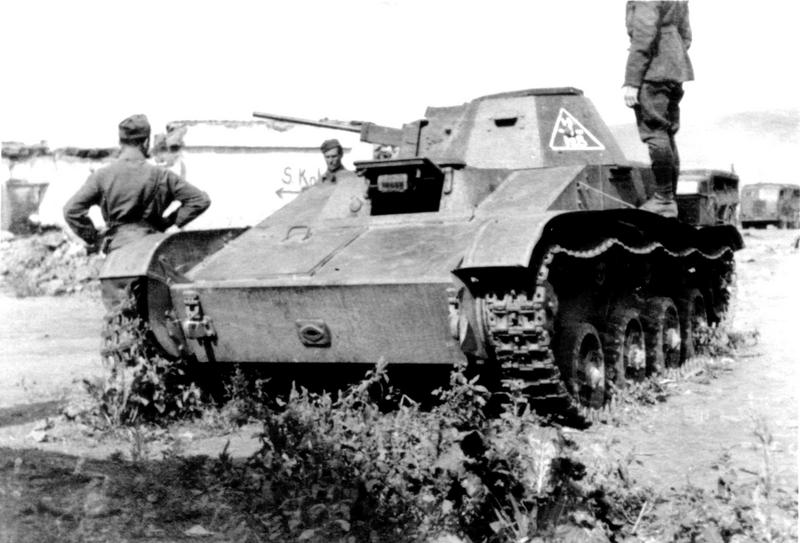 Dzerzhinsky No. 176 with its powerful boiler production, technologically similar to the tank corps and the oldest armored factory in the city of Kulebaki No. 178. Then they were joined by the part of the Podolsky factory No. 180 evacuated to Saratov to the territory of the local steam engine repair plant. Still, the armored corps were chronically lacking, which restrained the expansion of the mass production of T 60. Therefore, their welding was soon additionally organized at GAZ.

In September, only three T 60 tanks were made in Gorky. But already in October 215 units were manufactured, in November 471 units. Until the end of 1941, 1323 cars were produced here. 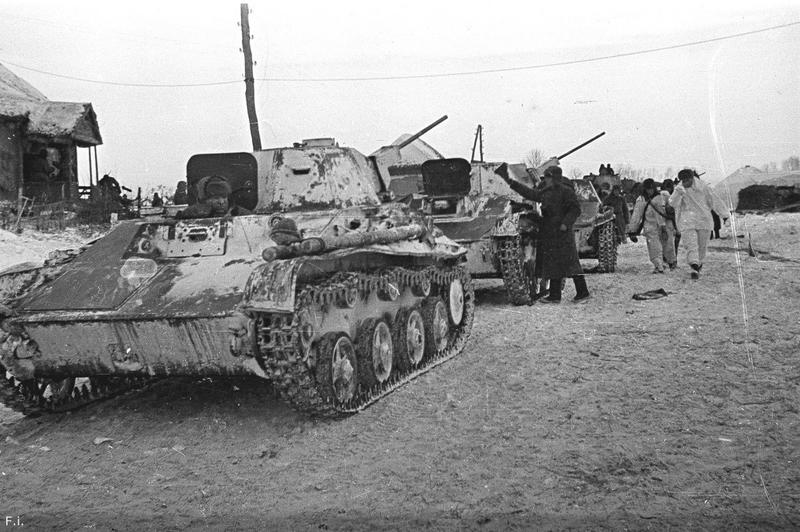