The Soviet medium tank T 28 was designed in 1932 at the Voroshilov plant. And adopted on August 11, 1933. The serial launch of the tank was made in 1933 and was carried out until 1940. A total of 503 tanks were produced. This tank can be called the first, which had the class of a medium tank and the first many tower. 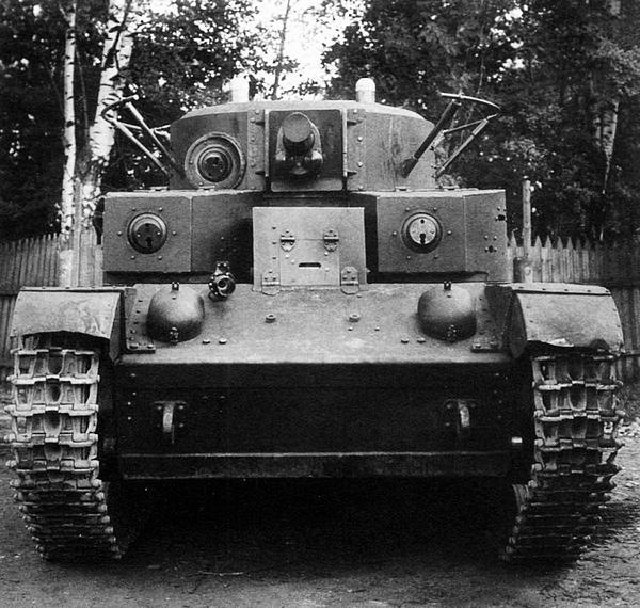 During the production period, the manufacturer has made many improvements and changes. In total, about 600 improvements were made to the tank. The chassis, weapons and so on were finalized.

A special commission was created for the role of a medium tank, headed by S. Ginzburg, and the tasks of this commission were to find the most modern tank. And the Vickers turned out to be such a tank, but the factory refused to sell only one tank model and put forward special conditions. After which the Soviet side had the opportunity to study the tank and create an analogue. 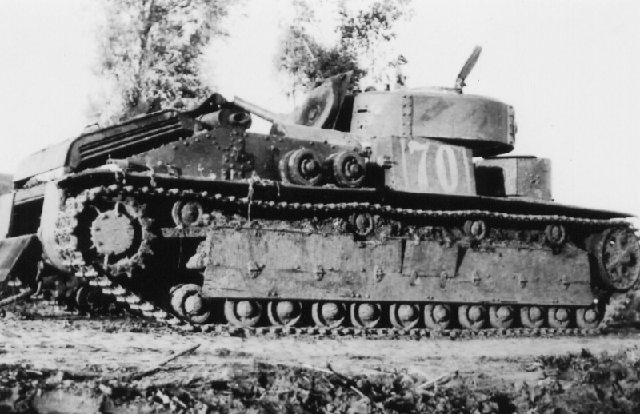 An analogue of the Soviet T-28 medium tank is the Vickers tank. The design of the tank involved the organization of motorization and mechanization of the military-technical academy named after F. Dzerzhinsky. This institute, after the project was completed, assigned the T-28 index to the tank. The first prototype of the tank did not suit the military and the tank was modernized making many changes. And after a partial modernization in October 1932, by decision of the USSR Labor and Defense Council, production began.

The first tank regiment that received the T-28 tank was the Leningrad Military District. Deliveries of tanks were to strengthen positions. After the delivery of tanks, they began to train tankers. The first such exercises took place in January 1934, when only 15 tanks participated. In the second exercise in October 1936, the T-28 tanks that took part were more, about 52 units. After the military exercises, the tanks were rated as positive. 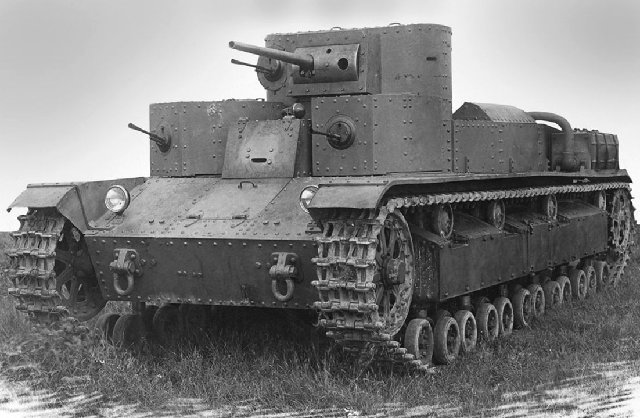 In September 1939, two tank brigades 10 and 21 in which there were T-28 tanks could take hostilities, but there were practically no clashes in the enemy army. The event was called the “liberation campaign” against Poland, on the fronts of the Ukrainian and Belarusian front.

Tanks took the first fighting in the Soviet-Finnish war from November 30, 1939 to March 13, 1940. For tanks, this was a whole test, since the terrain was difficult with large forests. The movement of tanks was carried out on the roads. The area of ​​the fighting was also not small, from the coast of the Gulf of Finland to Murmansk. And the most difficult battles can be called on the Karelian Isthmus. Also obstacles were rivers, swampy lakes, coastal area. There were not many passable free roads and special attention and driving skills were required from tankers. Even the complexity was increased due to the winter, when the temperature reached minus 45 degrees. 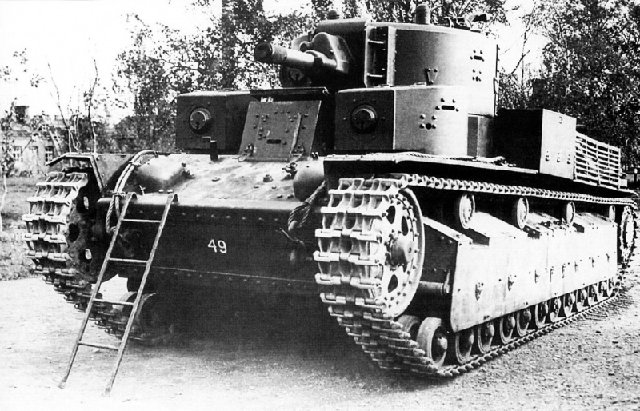 The Finns, moreover, also strengthened the terrain that was not passable. And the fortified front was called the Mannerheim Line. The fortifications included barriers and defense positions of the main and second lines. In addition, there were reinforced concrete pillboxes and anti-tank barriers. And the front was covered by artillery.

On November 29, 1939, the task was set to defeat the Finnish units and prevent their retreat. On November 30, the Soviet army crossed the border. The offensive was commanded by Lieutenant Khokhlov. In the account were difficult conditions and mined places. Offensive movement was carried out through the forest territory, the new T-28 tanks easily broke trees and moved forward. 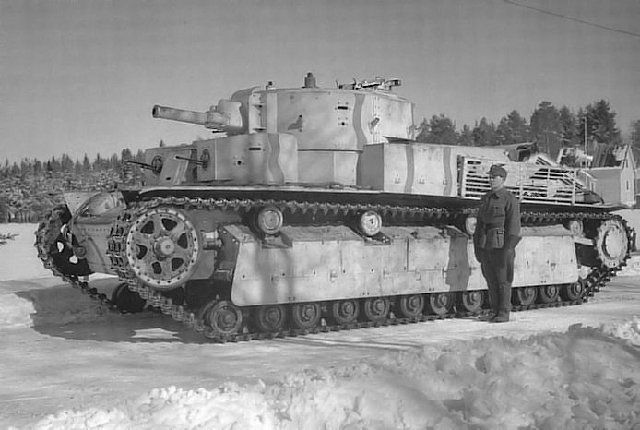 At the moment the Finns discovered our troops, Lieutenant Khokhlov immediately went on the offensive. And the Finns retreated, but because of a sudden attack they did not manage to blow up the bridge and the road. Having managed to retreat, they were already more organized in the second line. The bridge over the Lintuli Ioki River was destroyed, and shots from enemy guns were fired almost immediately. The Soviet army had to retreat and send scouts.

Scouts sent for reconnaissance reported that a well-fortified stronghold was stationed in Lintula Monastery. The command of the military brigade Kulik, it was decided to request reinforcements. 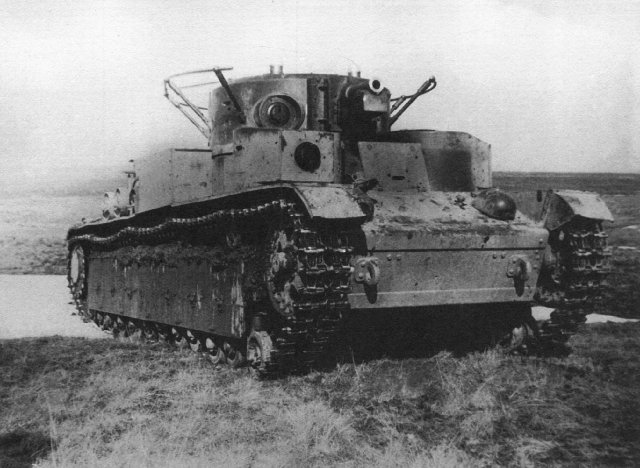 And already in the morning of December 2, they started a battle with the Finns, who offered decent resistance. But the Soviet army and T-28 tanks managed to defeat several bunkers and thereby force the Finnish army to retreat to the next strong point. The complexity of the fighting was in the night. During the retreat, the Finns set fire to the village and attacked the Soviet army with artillery guns.

The Finnish in these operations had an advantage in knowing the area. At the same time, they honed their teachings and shot out passable places. Breaking through this flank, the Soviet army succeeded thanks to the sudden attack of 90 tank battalions, under the command of Captain Ushakov. Because of the difficulty to keep the attacks of the Soviet army from two directions, the Finnish army had to retreat. The support node of Kirk Kivenap was captured by the Soviet army. The Soviet army lost only 6 T-28 medium tanks in this battle. 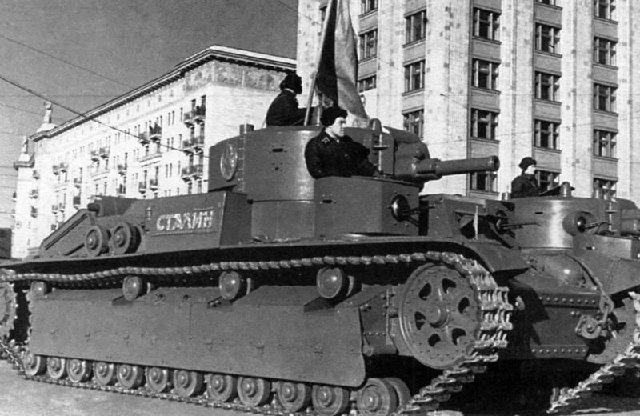