Hello dear friends! Last time our heroine Kate made it out of the hospital. On the last section near the exit, new details were seen about our friends, Dr. Olga Efremova and Dr. Mangeling. Two well-interested doctors planned the poisoning of the river from which the Yukola tribes and the ostriches draw their water. It was not possible to stop and close the taps, but they used the devices and got out by boat from the basement and the tunnel.

Acquaintance with the shaman Yukola. 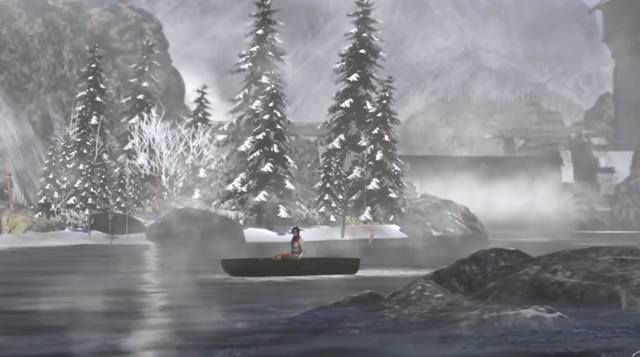 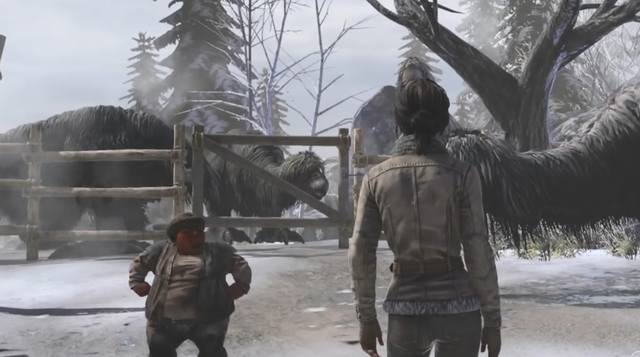 It did not take long to sail on the boat, after a while they met the Yukola tribe, who were on the banks of the river. First of all, we need to warn the head of the Yukola tribe, Mr. Burut, about the poisoned water and for one we communicate with the Yukola shaman, Ayahuasca.

The first quest “Cleansing the River” in Syberia 3.

In a dialogue with Ayavaska, we were told to purify the water in the river, in return for salvation. Immediately after the dialogue, you need to go to the right side to the dam. The dam itself will have instructions on the levels of water purification. Considering that the poured liquid is on the top of the water, close the upper lever until it stops. 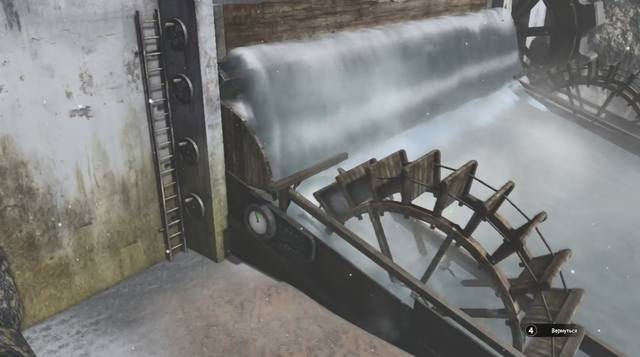 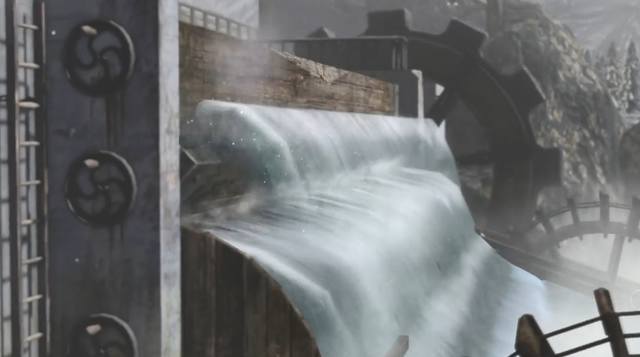 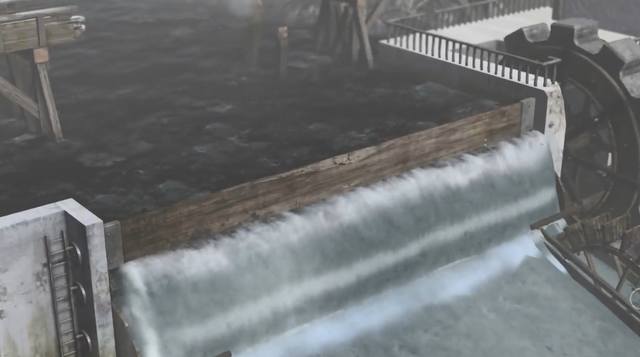 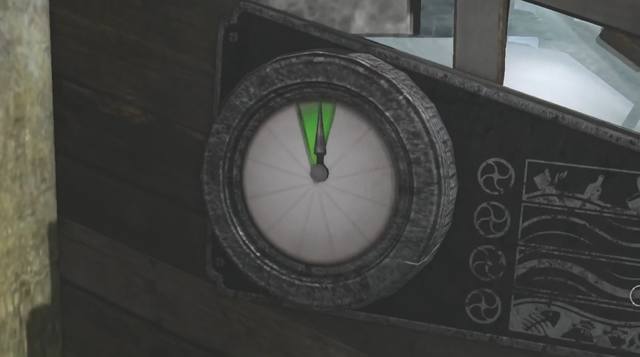 To start adjusting the level of water purification, you need to go to the stairs and click on it. After that, 4 control levers will become available. Close the topmost (first lever) completely. We open the third lever all the way. The next step is to open the second lever halfway. Having done these actions, the water will gradually begin to self-purify with the help of the dam.

The second task “Get a pass to Walsenbor”, in the game Syberia 3.

Having set up the dam, we immediately run to the shaman’s house. At the meeting with the shaman, we learn the story of Yukol, about the broken car, and an important detail, “Pass”. In fact, obtaining a pass is quite a difficult task, since you will have to collect the missing parts. At the same time, one of the important parts is very well hidden, including the passage to the secret room itself. 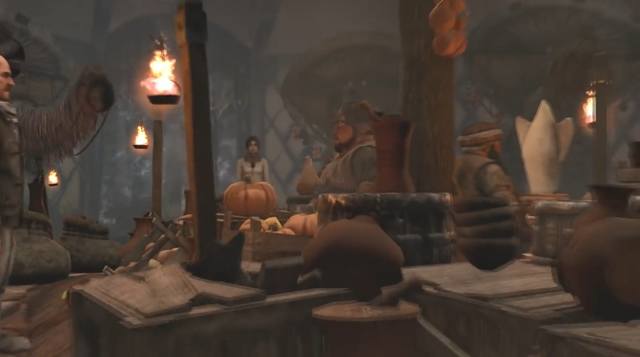 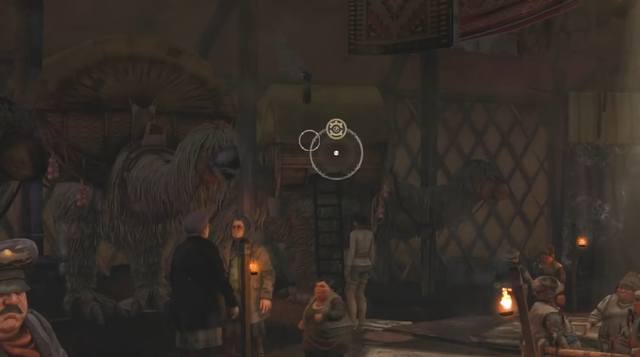 After leaving the shaman’s premises, it is advisable to take a good look at the market. First look at the ostrich and pet it. A little further, there is another ostrich, which you can examine and see a small house on its back. At first glance, it seems that there is no way to enter the house, but coming closer another view opens. You can interact with the stairs and go inside the house. 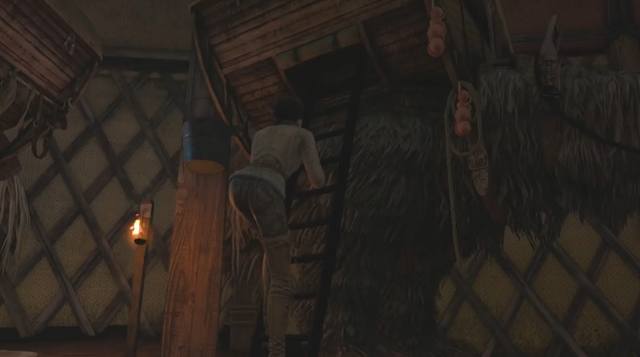 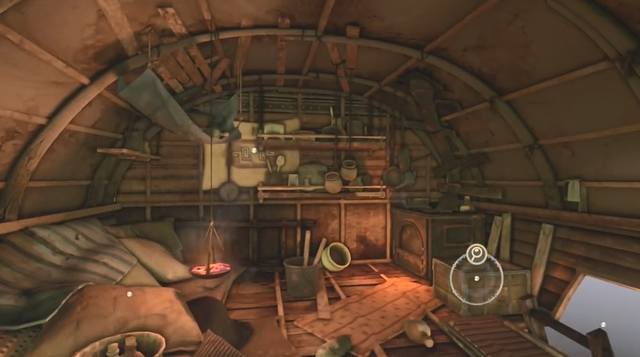 In the house itself, you need to take a good look around and pay attention to the box that stands on the right side of the room. There are many different things piled in the box and many of them will not be useful. At the bottom of the box you need to find “Candles”, which lie in the center of the box. To do this, you just need to arrange the items in different parts of the box. We don’t need anything else in this house. We leave the house and head to the checkpoint. 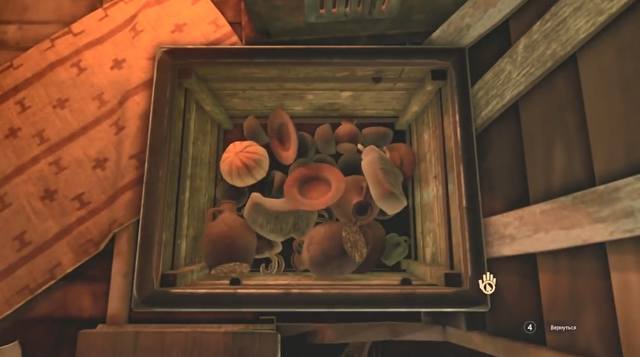 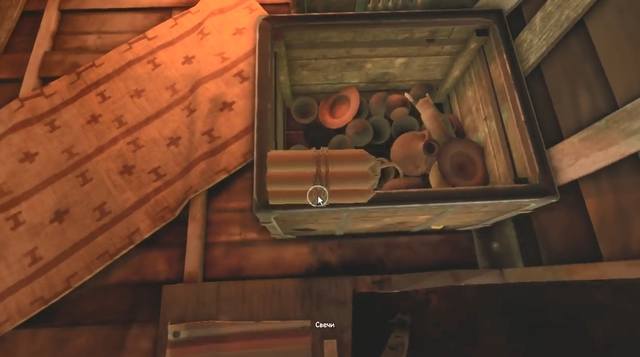 The third task “Development of a badge and creation of a seal”, in the game Syberia 3.

Leaving the market, you need to go immediately to the left side, there is a checkpoint. Having reached the checkpoint, a dialogue with the policeman is activated, who informs us that the further passage is closed without a pass. After the dialogue, you can go into the building standing next to it and inspect the room. 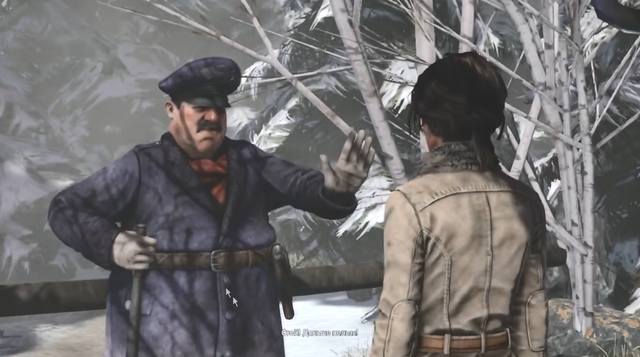 On the table is a machine tool that once allowed citizens to pass through a checkpoint. After examining the machine, Kate’s heroine discovers that the machine is broken and an important part is missing. At the moment, you can remove the latches from the machine and pick up the “Liner for printing”, also pick up the “Sponge”. On this “Tablet” there is a print from the once established print. 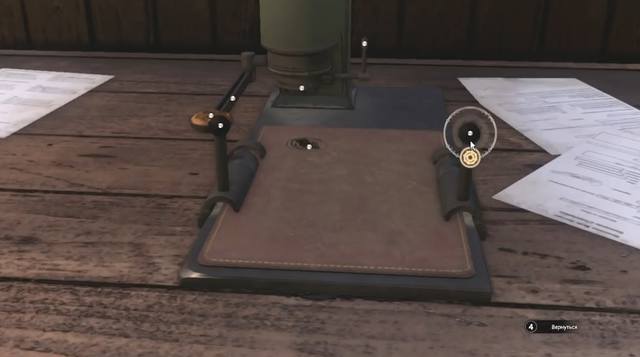 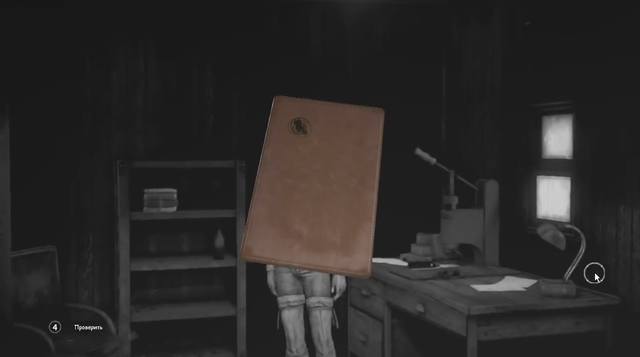 After Kate’s heroin picks up the Print Liner and the Sponge, you can leave the machine view, but not leave the room. Before leaving the building with the machine, it is advisable to examine the received items in the inventory. When looking at the “Print Lining” it is important to pay attention to the print at the top of the “Liner”. “Sponge” also needs to be examined and then you can leave the building.

About creating a seal, in the game Syberia 3.

Leaving the house with the machine, you need to go towards the market and turn to the right. Having reached the shore, it is advisable to pay attention to the squid lying on the ground. You can take ink from a squid in water, for this you can dip the “Sponge” into a squid. Having done these actions, the “Sponge” is filled with ink and you can proceed to the next part of creating a seal. 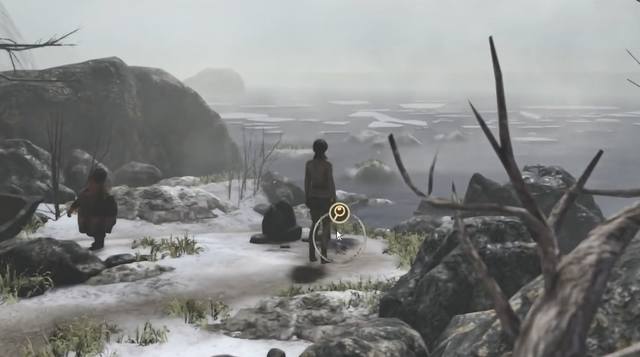 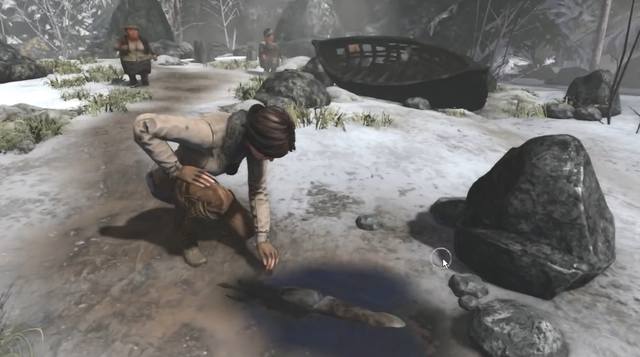 We head to the market and are looking for a merchant with a black beard. The merchant needs to be told that Kate’s heroine needs to find a pass to get through the checkpoint. The merchant will be ready to share the pass of his wife, who is sick, without unnecessary tasks. Perhaps because he just liked Kate. 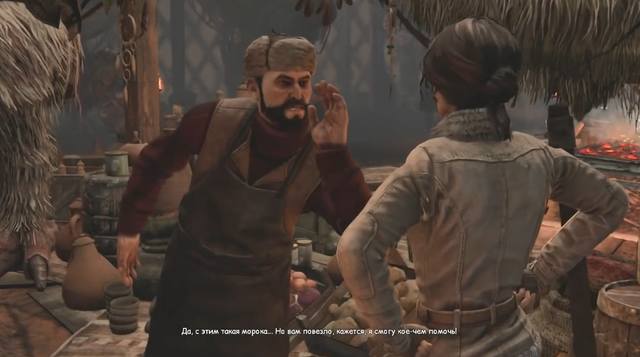 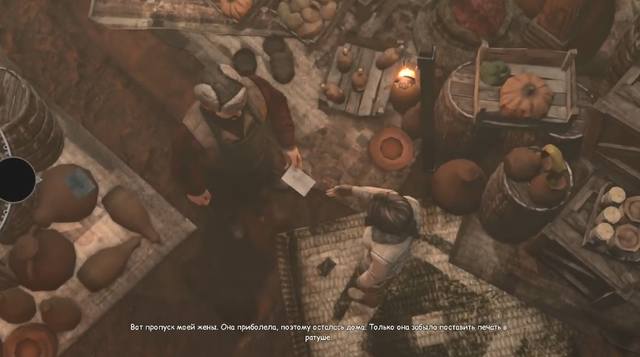 To create the seal itself, you will need the help of a forge, which is located in the same market. Having entered into a dialogue with him, you can find out that he will need several things, without which the creation of a seal is impossible. Such things are “Print lining” and “Candles”, we found all these things earlier. Having given the “Forge” the required things, we get the very seal that will be required for installation in the machine. 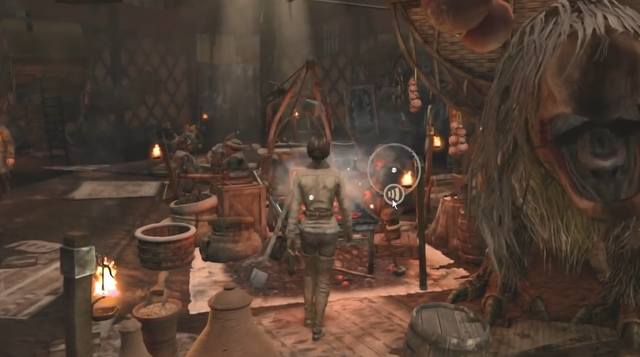 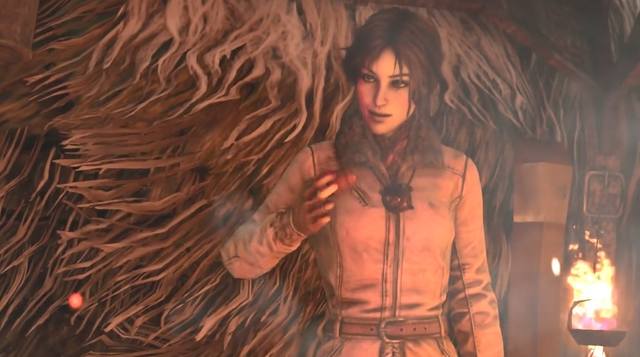 Development of a pass with a seal, in the game Syberia 3.

When all the necessary items have already been created, you can go to the checkpoint in a nearby house with a machine. We immediately activate the machine and install all the necessary items in it. First, put the “Print lining”, then put the “pass form” and fix the holders on the sides. Put the “Sponge with ink” into the spoon on the left. Then we set the created seal in the center of the machine and clamp it with a small lever. 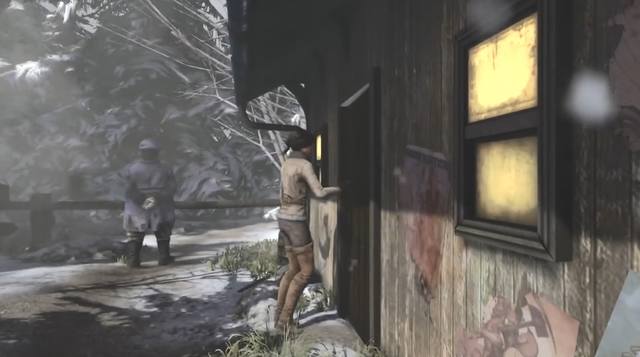 The next step is to place the spoon with a sponge to the print site. Having done all these actions, you need to exit the close mode and activate the large handle of the machine itself. Having pressed the large lever for the first time, the process of dipping the pass into the “Sponge with ink” is carried out. 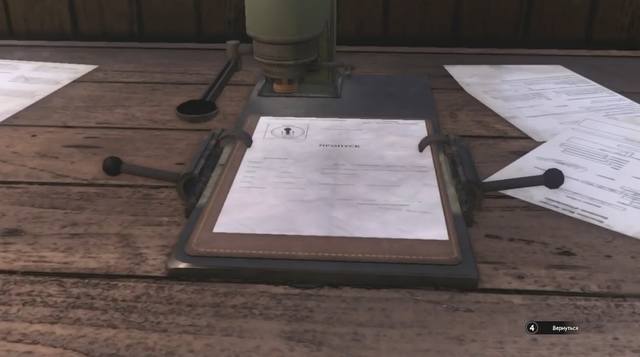 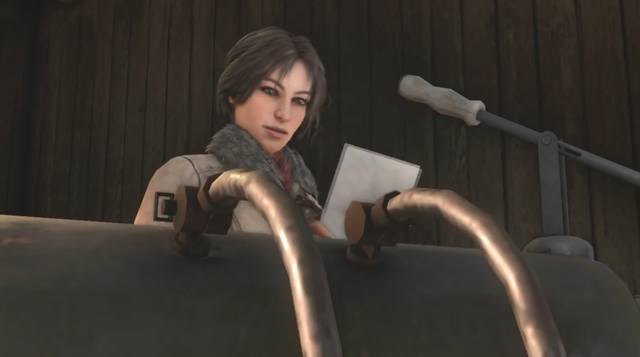 When the seal is soaked in ink, you can start printing the badge. First, we remove the spoon with a sponge, for this we return to the close mode. After removing the spoon, you need to return to the mode with a large lever and activate it again, the seal will be substituted for the pass. Before taking the pass, you need to raise the seal, for this we raise the lever, all the pass is already with the seal. After making the pass, you need to remove it, for this, we remove the holders and take the “Pass with the seal”.

The fourth task “Get out of the building with the seal”, in the game Syberia 3.

As soon as the heroine Kate had time to create a pass, her old friend Mr. Cantin burst into the building with a machine tool. As it turned out, during the dialogue, our heroine Kate has an arrest warrant. Mr. Cantin was determined and persistent, which forced Kate to go to meet Mr. Cantin and have her hands tied. But, Kate was not taken aback and pretended that she felt bad, and Mr. Cantin left the building.

So, our heroine Kate’s hands are tied, so we need to find a way to free herself. Leaving the building with tied hands will not work and getting the pass is problematic. Therefore, we examine the room and look for a solution. 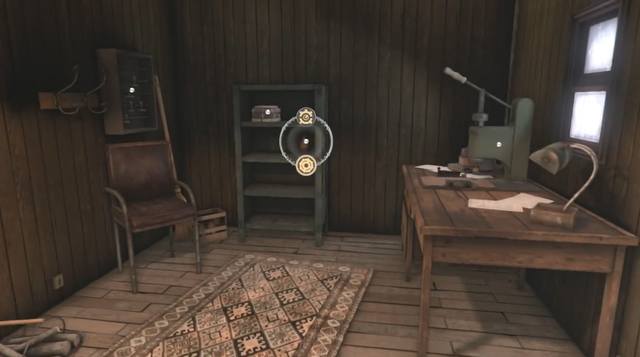 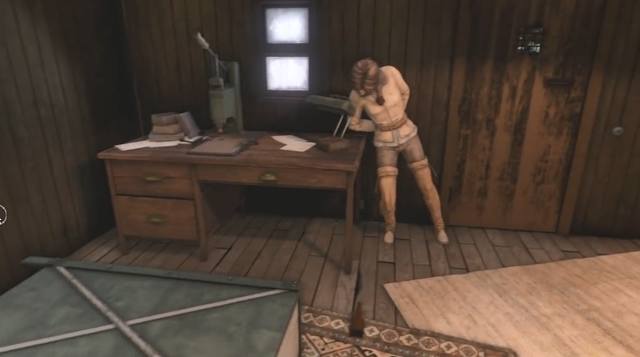 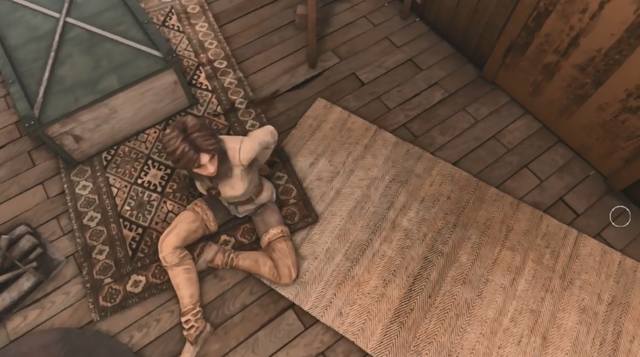 There is a bottle on the shelf that can help untie your hands. We approach the tight shelf and try to push the bottle to the floor or drop the shelf. After a while, the shelf falls, and the bottle is on the carpet. A whole bottle will not be able to untie our hands, so we continue to look for a solution.

There is a lamp on the table, you can also move it and push it onto the bottle. After these actions, the bottle breaks, and the heroine Kate can pick up a shard of glass and untie her hands. We look at the carpet, go up and sit on the floor, help pick up the nearest shard, and Kate unties her own hands. 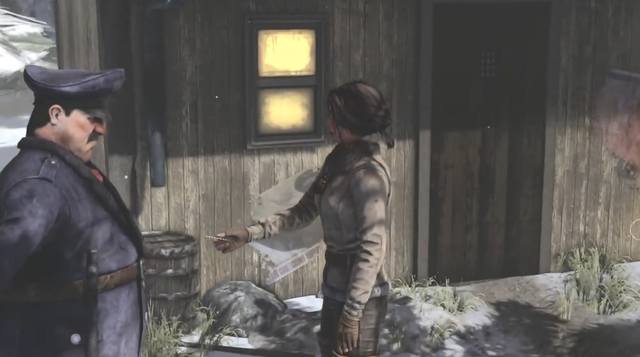 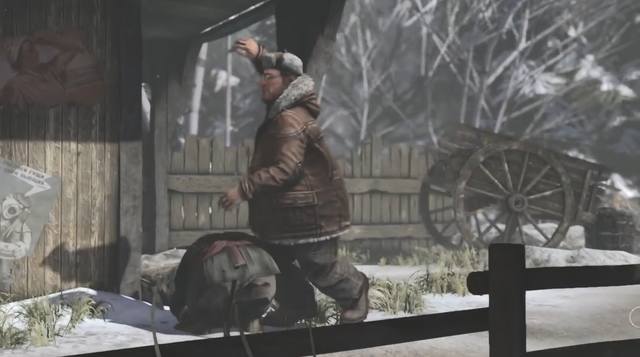