In the previous assignment, our heroine tried to find a way to leave Dr. Mangeling’s floor. First I received a special key, and then refurbished it. Since one part of the key was missing, most likely someone damaged the key on purpose to make it difficult to get out of the hospital.

In finding solutions, Yukol Kurk helped, who gave valuable advice to our heroine Kate. And he pointed to a new location on the balcony, where he communicated with his tribe. It took a mechanical bird plan to hand over the key, after which the owl flew in. Through the owl, it turned out to repair the key and leave the floor. 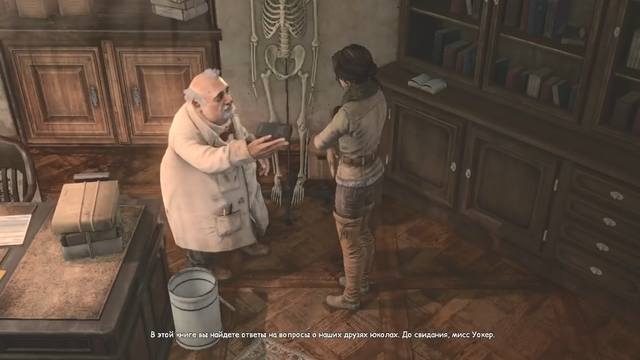 Floor in the hospital of Dr. Efremova, in the game Syberia 3.

Going down to another floor, you need to look around and talk to the receptionist, who will tell you a short history of the hospital. The hospital was founded about 20 years ago on the territory of the fortress, where there are many secret passages. After talking with the registry, you should immediately go to Doctor Zamyatin, who will tell you a lot of interesting things and give a book about the Yukols people.

Dr. Zamyatin recommended contacting Dr. Efremova so that she could assist in leaving the hospital. Given the position of Doctor Olga Efremova, one could assume that she would approve of the desire to leave the hospital. In fact, Dr. Zamyatin did not help much, told only a few stories and brought them up to date.

In the office of Dr. Efremova, in the game Syberia 3.

Entering Efremova’s office, our heroine Kate discovers an impending danger. Since Efremova works not only as a doctor, but also assists in providing the interests of people who do not belong to the hospital. One of these people is the colonel, who ordered Efremova to detain Kate until he arrived at the hospital. 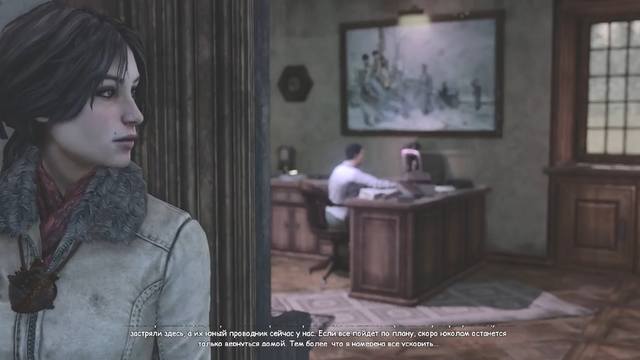 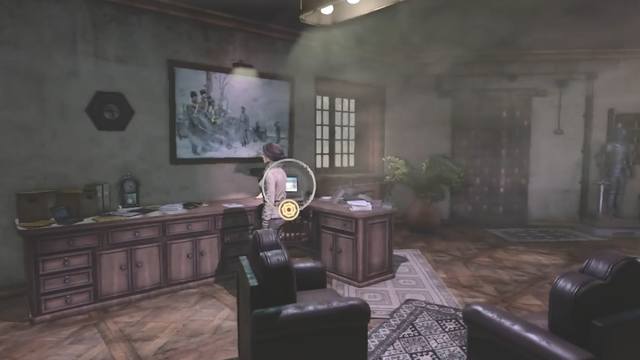 When Dr. Olga Efremova finished the dialogue with the colonel, the heroine Kate has the opportunity to inspect her office. First of all, we examine the computer of Dr. Efremova and communicate with Mr. Cantin. In the dialogue, it turns out that our heroine Kate is wanted and she has an arrest warrant from the US authorities.

After the dialogue, you can immediately go to the curtain and pull the rope. “Shit” will open and “Sword” will become available. On the “Sword” you need to solve a puzzle and pick up a code drawing in the form of “Squid”. Having picked up such a drawing, the knight will raise the sword and a hint in the form of rubies can be seen on the blade below. This combination of rubies must be typed on the “Shield”, which was hidden behind the curtain. 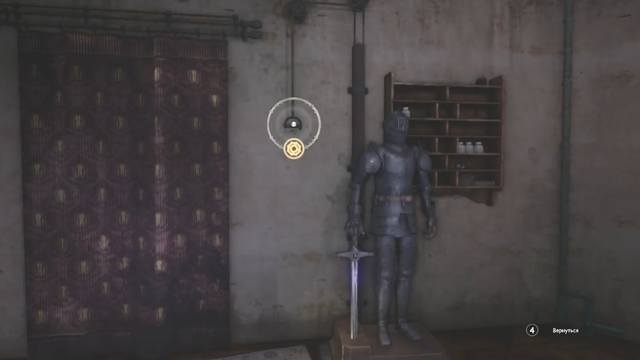 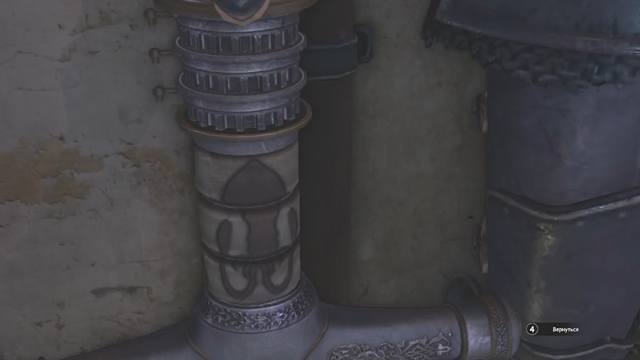 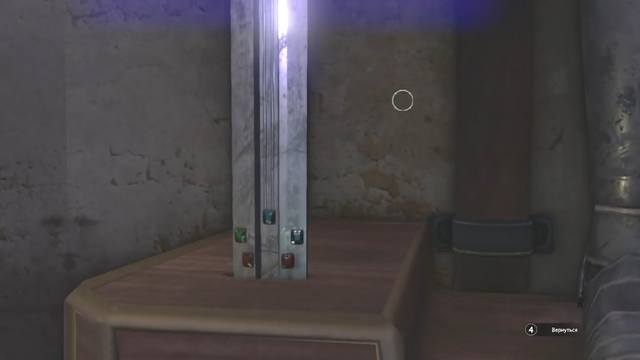 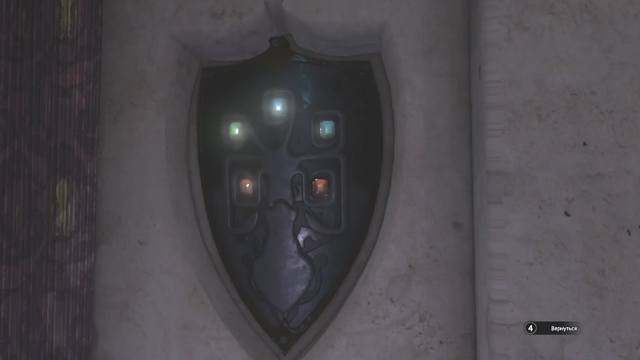 Location “Basement” and escape from the hospital, in the game Syberia 3.

When they managed to get the correct combination of rubies on the shield, a secret door to the elevator opened. Going down the elevator, Kate finds herself in a basement with buried skeletons. Having passed a little further, we observe how Dr. Efrimova and Dr. Mangelingom open the tanks with black liquid.

The poured liquid ends up in water, which merges with the river. Thus, they are trying to harm the Yukol tribe. Having done their work, both doctors go to their offices. And our heroine is trying to find a way out of the hospital. It is not possible to close all the taps with liquid, as the taps are jammed. 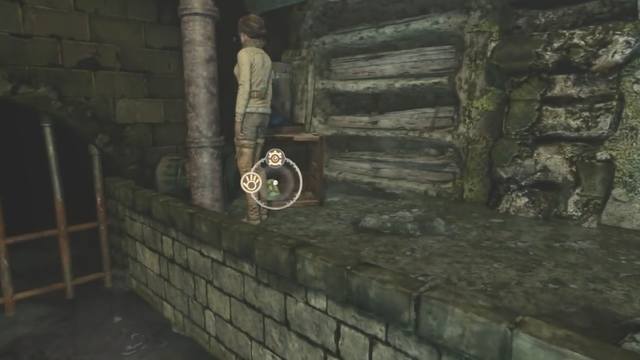 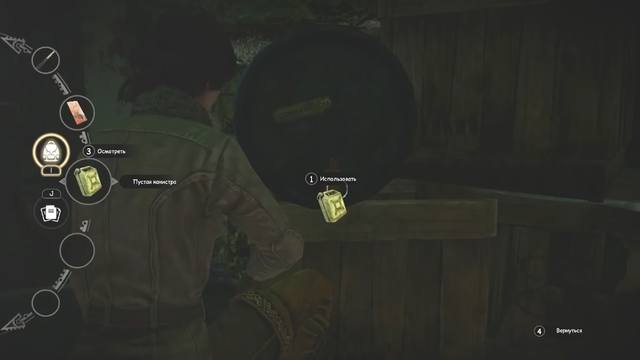 To the left of the entrance to the basement, there is a canister that you need to take with you. This canister will help draw liquids from the blue barrel. The blue barrel can be found in the same basement by crossing the bridge. We collect a canister of liquid and go, and to the “Boat” to dissolve the chain from the boat. When the chain is detached from the boat, Kate gets into the boat and leaves the hospital building. 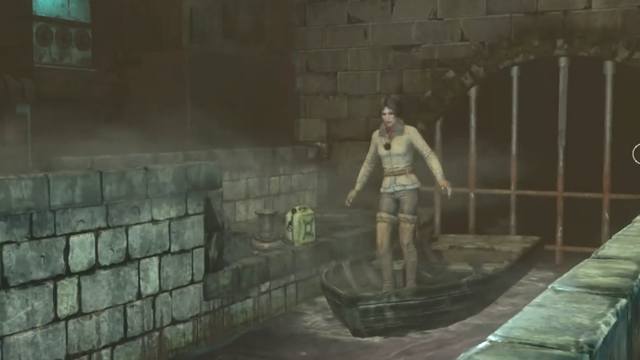 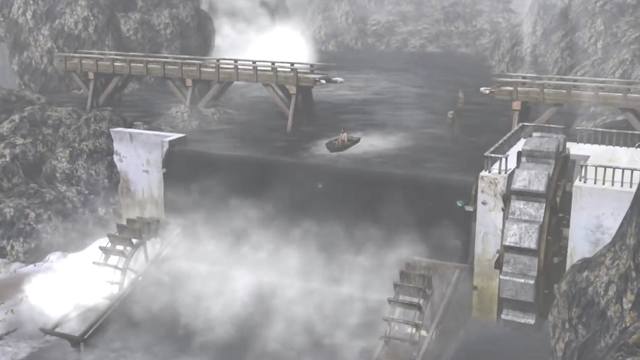