Hello dear friends! Last time our heroine Kate was looking for a solution to get through the checkpoint. The task was not easy, as it was necessary to find the pass form and all its missing parts to create a forged pass. With great difficulty, Kate managed to make the necessary pass, but the problems did not diminish, since the heroine was arrested by Mr. Cantin. The heroine Kate managed to get out of a difficult situation and go to another location through the checkpoint.

The next location in which you will have to look for new solutions and save residents is the “Port City”. After passing through the checkpoint, we come out to a large ferry and its former captain. The captain was not particularly talkative due to his drunken state, in principle, at this stage of the passage, he is not very important. 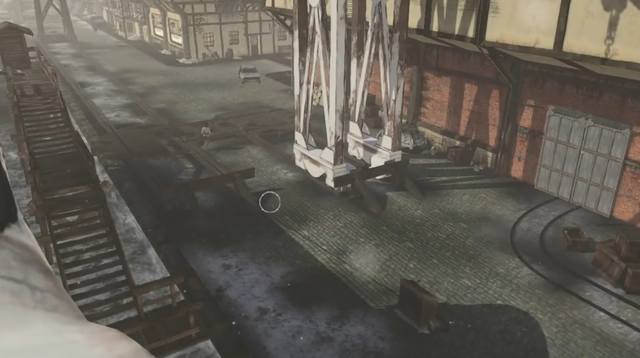 The first task is “Finding the watchmaker Steiner and his treatment”, in the game Syberia 3.

After a dialogue with the former captain of the ship Obo, you need to run to the local tavern. In the tavern we meet an old friend who helped us find a pass form, or rather gave us a pass. In the process of dialogue, he tells us different stories about Steiner and the story of the captain of the ship Obo. The bartender does not know the location of Steiner’s position, but he directed us to the waitress Sarah Steiner, who is the granddaughter of the watchmaker Steiner. 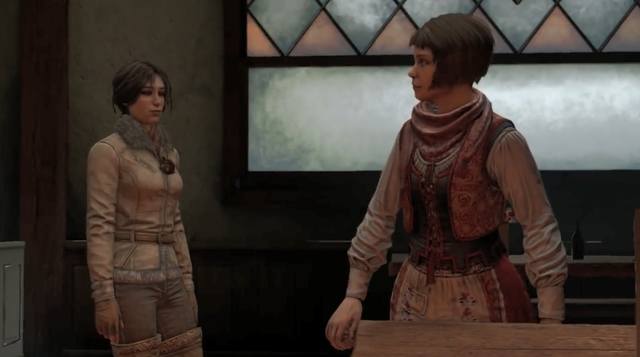 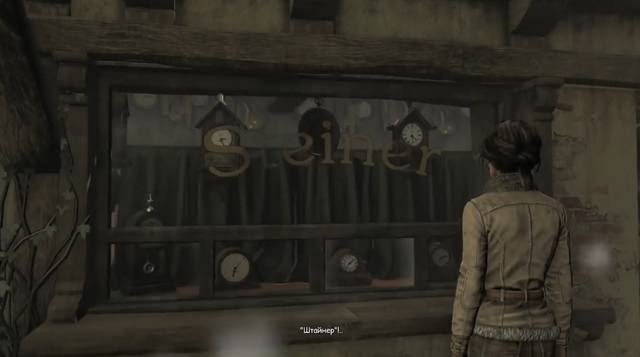 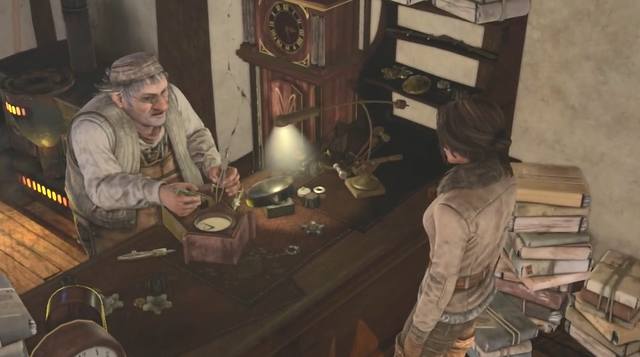 Watchmaker Steiner’s granddaughter pointed to the correct address for her grandfather’s location. The entrance to the building is difficult to miss, as there is a sign “Steiner” near the entrance. Entering Steiner’s studio, the dialogue is immediately activated. During the dialogue, Steiner reveals that Kurk’s prosthesis is not yet ready. As if by chance, Steiner discovers a locket hanging around Kate’s neck. Steiner asked to see the medallion and remembers the past, after which he becomes ill.

The rescue of the watchmaker Steiner, in Syberia 3.

The task of rescuing and finding a cure is not very simple, since there are some flaws or so it was specially invented. A small flaw is associated with the time when you have to wind up the watch at the right time to get the medicine. 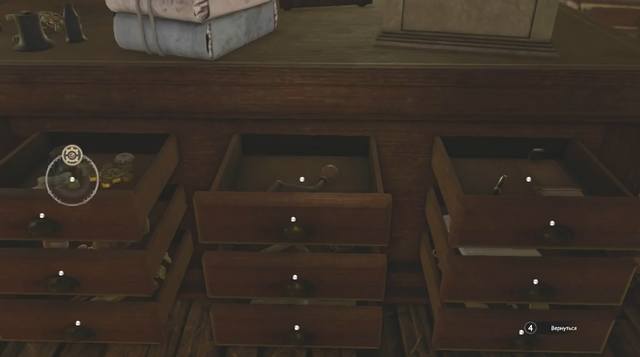 So, we examine everything that is possible. In a box near Steiner we find a recipe that will not be very useful to us, since it will not be possible to collect the medicine on our own. Perhaps this recipe was planted on purpose to complicate the solution of the problem, since the recipe seemed to hint at the independent creation of a medicine. After examining the first floor, we go down to the basement.

In the basement we can see a small copy of the ferry, which stood on the pier at the beginning of the location. This layout can be useful when completing other tasks. You can also see the prosthesis for Jukola. And the most important thing is a hint in the form of a note, which is attached at the table with the prosthesis. 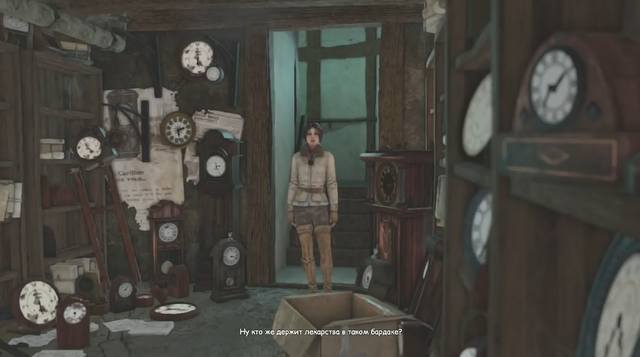 The note reads, “Grandpa, remember to take your medicine three hours before dinner.” An interesting point is that the voice of the heroine Kate says that you need to take the medicine three hours before lunch. Such a flaw on the part of the developers significantly complicated the passage of the game. After reading this note, you need to go up to the second floor and look for the clock on the wall, which is behind the watchmaker Steiner. 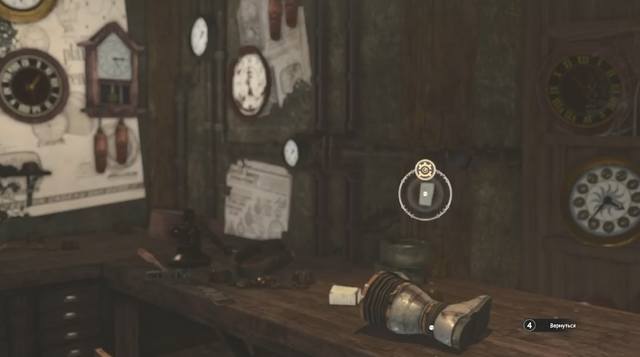 Having started to interact with the watch, you must first install the “empty cup” that you found earlier. Then you need to correctly set the position of the hands on the dial. Referring to the tip in the note, the correct medication time is 5:00 hours. When the time is set, the clock turns on and starts producing the medicine, automatically pouring the medicine into the mug. 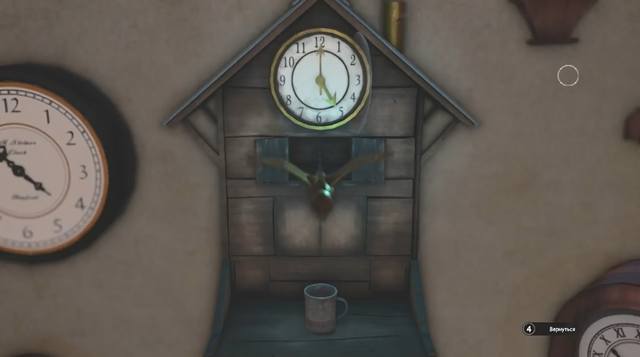 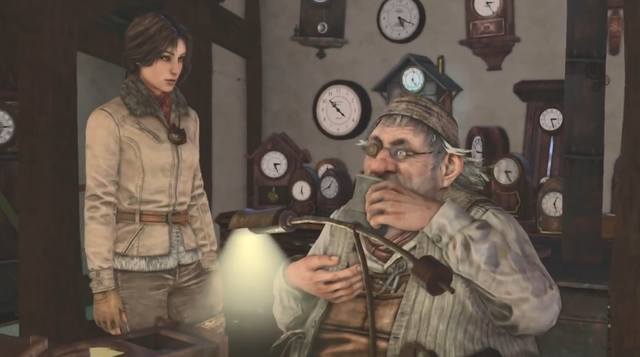 Having poured all the necessary medicine into a mug, you can immediately go to Steiner and give the medicine. In our case, we had to offer the medicine to Steiner several times in order for him to take it. After taking the medicine, watchmaker Steiner felt better. He apologized for the premature conclusions and offered to go to the basement workshop.

Steiner’s workshop and the history of the Kristall ferry, in Syberia 3.

Going down to the basement, Steiner offers to watch a film about “Baranur”. If you try to turn on the projector, you will notice that there is a missing movie part. The movie cassette can be found in a box near the entrance. We’ll have to dig a little in the drawer and find a cassette with circles. 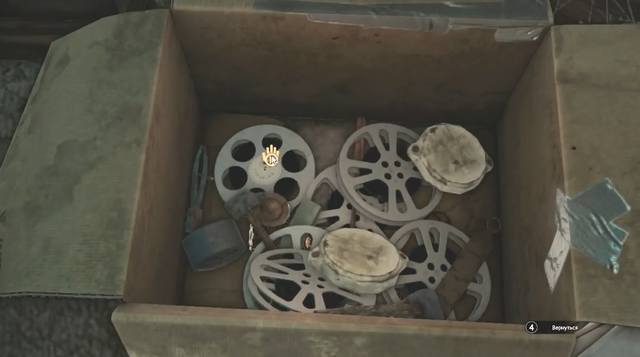 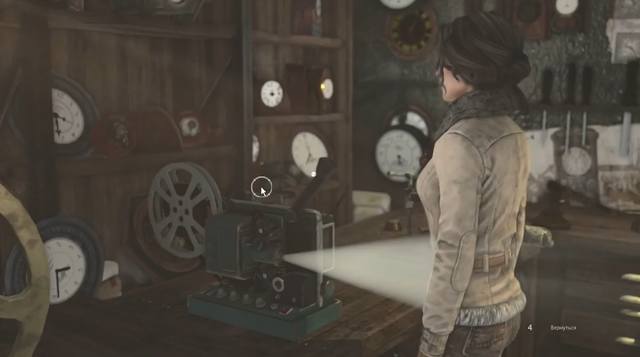 After watching the film, our heroine Keith learns about the history of the “Crystal” ferry and its captain Obo. The ferry was used to transport robots to Baranur territory. Everything was supposed to go according to plan, but the work fell through because of Captain Obo. The robots stayed on Baranur, and the captain returned with a failed mission. This is the opinion of the watchmaker Steiner and his granddaughter Sarah. 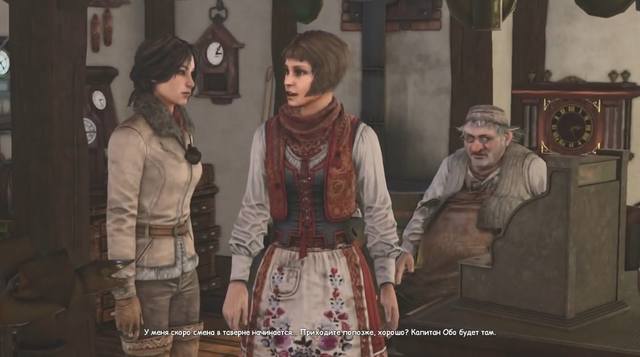