Hello dear friends! Last time, our heroine Kate rescued the watchmaker Steiner, who has to make a leg for Kurk. The rescue turned out to be not easy, as the newcomer interact with Steiner’s clever mechanisms and solve the riddle. Everything seems to be simple, as it is written on the note, but in reality it turned out to be a little complicated. Since the time in the note and in the subtitles was different. Nevertheless, the watchmaker Steiner was saved and in gratitude told us the story of the Kristall ferry with Kapiton Obo. 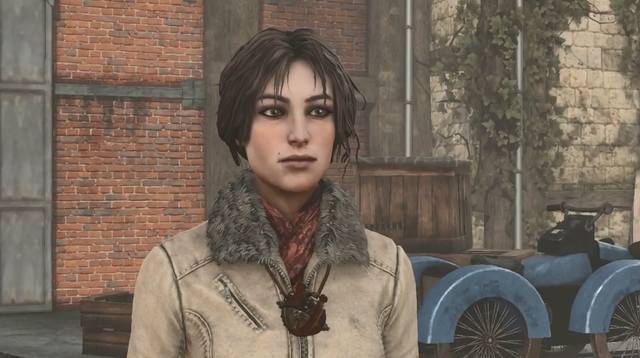 The first problem is “Serious Talk with Captain Obo” in Syberia 3.

After saving Steiner, we can go to the ferry to Captain Obo and find out the following tasks. To begin with, we inspect the ferry and go up to the captain’s bridge. We need to find the journal of Captain Obo, in which we learn the main moment that the key to the ship is in the captain’s jacket. In one of the entries, the captain was drunk and lost his jacket. Also in the log of the ship, the captain describes his story of what is happening on Baranur. It should be noted that taking this magazine, then further dialogue with the captain can be more productive. 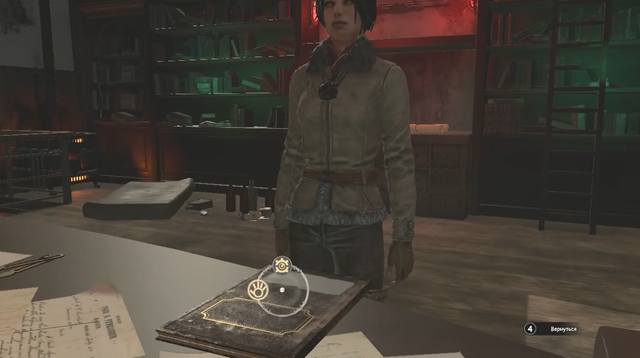 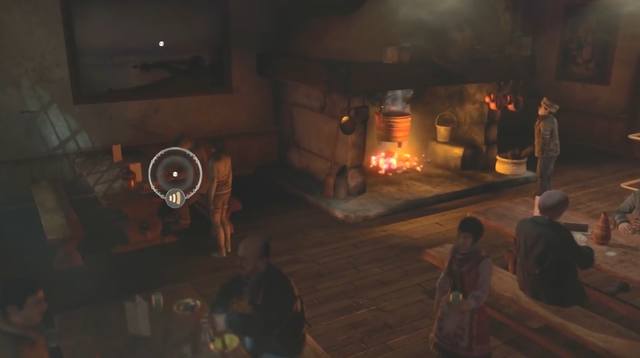 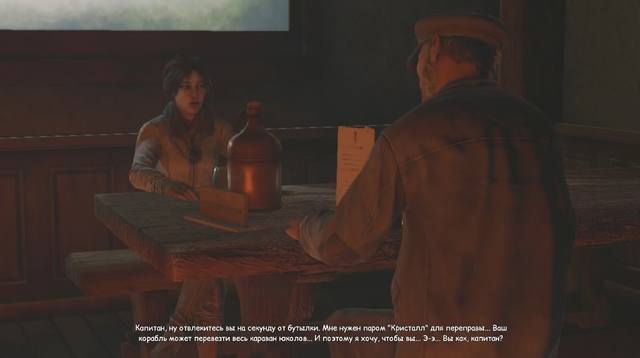 So, while the bartender is preparing a drink, we go to the captain and try again to start a normal dialogue. We sit down at the table, and the waitress Sarah brings the captain a special drink at the expense of the establishment. After drinking the presented drink, the captain quickly sober up and comes to his senses. In a sober state, the captain is more talkative and agrees to help the heroine Keith and the Yukola tribe.

On the ship “Crystal”, loading with coal, in the game Syberia 3.

This task includes finding coal and loading coal onto the ship. The warehouse with coal is located opposite the ship; to get into the warehouse, you need to enter the code “0509”. This code can be obtained in a note from the captain, after the dialogue. You can read the note right on the deck or already at the entrance to the warehouse. 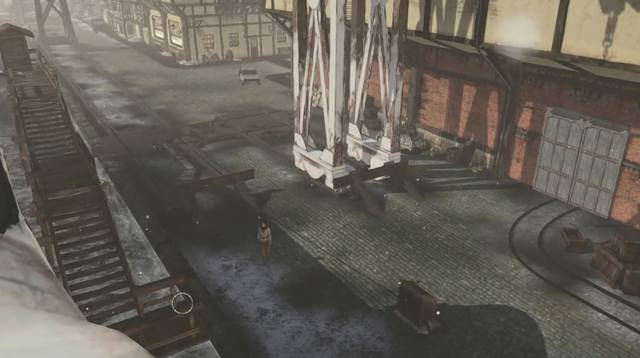 In the warehouse there is a cart on which coal is to be loaded. Immediately inspect the room, you need to find the “Folding gutter”. It can be used to transport coal to the cart. As soon as the “Folding Gutter” was found, it must be examined in the inventory so that Kate’s heroine would understand its meaning. Nearby you can pick up a crowbar, which is located near the box. 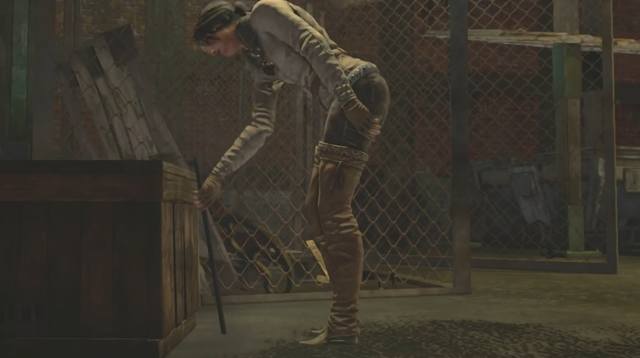 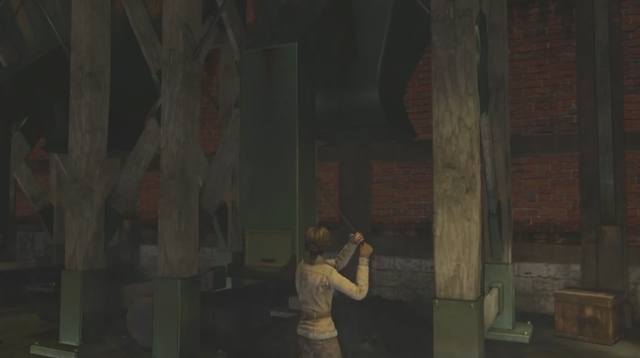 After collecting these items, you can continue to complete the task. Scrap is needed in order to find out in which container the coal is located. Taking the crowbar in hand, Kate’s heroine can walk along the coal discharge channels and knock on it. The full capacity of coal is the third in a row, from the entrance to the warehouse. 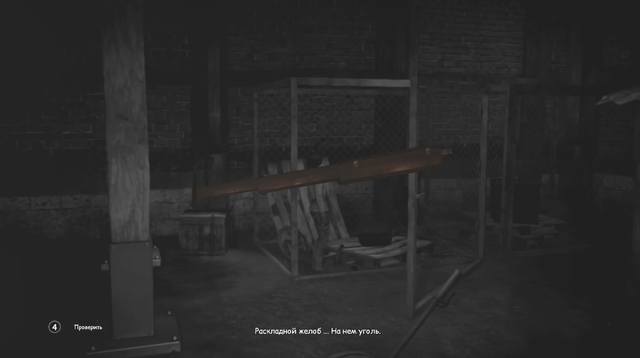 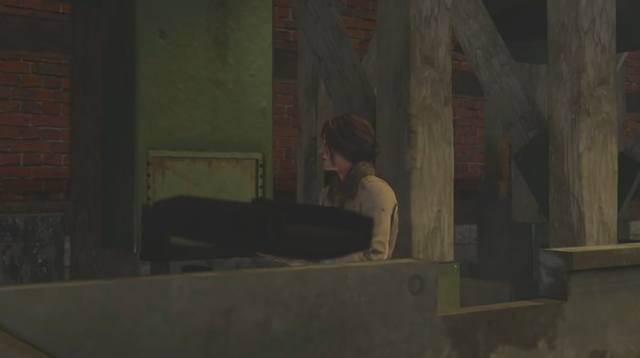 Kate will not be able to move the cart on her own. To transport the trolley, there is a special equipment in the form of a motorcycle on 4 wheels. To start the accessory, you need to tear off the upper left button with a knife. Next, we install the torn off button in the lower right part, under the lever. A button under the lever allows you to turn on the special equipment, and using the lever you can start moving. 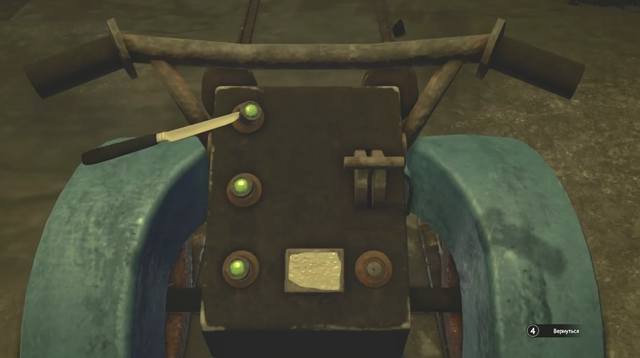 Perhaps, of the listed work, which was done by Kate, crane control is one of the most difficult. To start using the tap, you need to enter the password “0509”. Climbing into the crane driver’s cab, we have a monitor and a control panel in front of us. Before starting to operate the crane, you need to open the hatch on the ship, where the coal is loaded. Or you can open this hatch when the crane and trolley are in the right place. 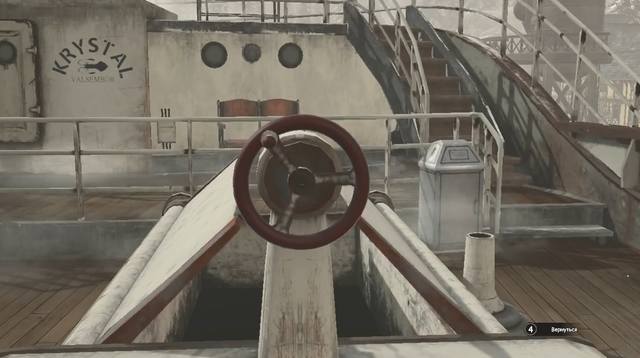 The left lever moves the entire crane back and forth. middle lever allows the cab to be rotated. buttons in the middle lower the tentacles or hook that lifts the coal cart.  buttons on the monitor allow you to switch the camera view. The rightmost lever allows you to rotate the platform, which makes it possible to bring the crane closer to the ship. 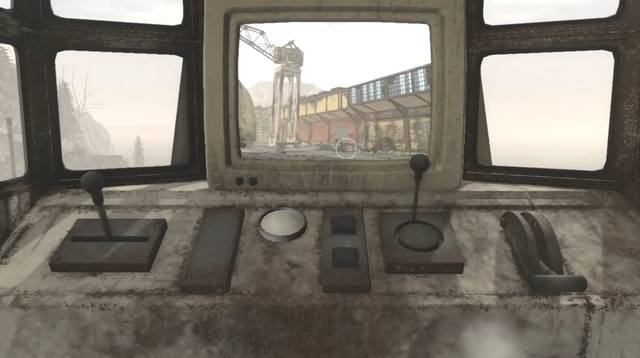 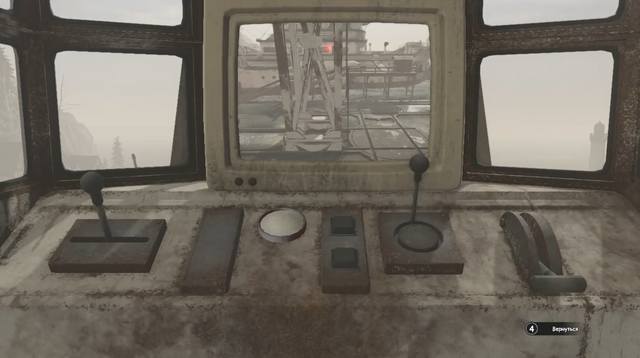 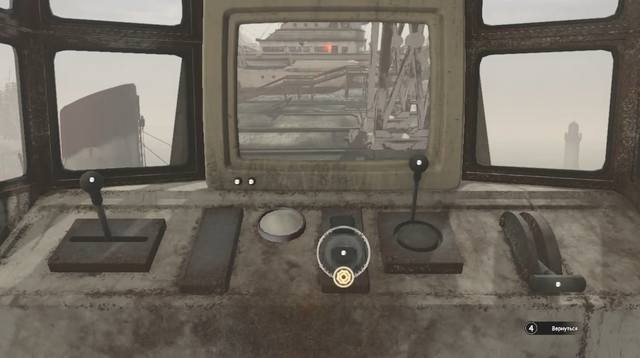 Water supply of the “Crystal” ferry, in the game Syberia 3.

After loading the ship with coal, the heroine Keith meets Captain Obo, who was preparing the installation for loading water. In the dialogue, Kate may try to persuade the captain to do this work himself, but the captain refuses. Because the work will have to be done again by Kate. 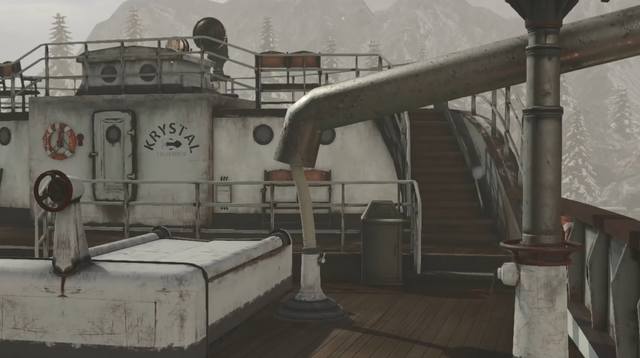 Loading the ship with water is not very difficult compared to loading coal. First you need to go up to the deck of the ship and open the hole for installing the hose, and then insert the hose and fix it. In order for the water to go into the hold of the ship, you need to climb the tower with the water tank and lift the lever. After that, the water will pour into the ship’s tank and turn off automatically. When the hose is disconnected from the ship, you can safely run to Captain Obo and report on the completion of the task.