The French anti-tank self-propelled gun Somua S-40 was a self-propelled artillery unit (SAU) based on the S 35. It was developed by SOMUA in 1935-1937 by order of cavalry and, along with the base tank, was intended to equip light mechanized divisions and support their tanks. The ACS had a new upper frontal part of the armored hull, with a 75 mm mle.1929 cannon installed in it with limited targeting angles. Also in the frontal part was set single turret with a 7.5-mm machine gun.

The first prototype of the SAu 40 (on the chassis S 40) was assembled in 1937, but the gun was ready for it only by 1939. The order for mass production of the SAu 40 was issued in October 1939, but the number of SAUs released is unknown. It is reliably established that the prototype, and according to some sources, up to four copies of the SAu 40, was sent to the front in June 1940 and was used in hostilities.

The gun was installed in its frontal part was set 75-mm gun type 75mm Mle1929 de casemate. The characteristic features of this gun were the presence of a semi-automatic shutter and an automatic loading system (it was not yet possible to figure out what exactly this “automatics” was). If necessary, for example, when moving through a forest or rugged terrain with ditches and deep trenches, the gun could be partially drawn into the hull with a mechanical jack driven by a motor — this operation took only 12 seconds. The cannon pointing angles were horizontally 7 ° to the left and 7.6 ° to the right, vertically – from -10 ° to + 30 °. Full ammunition consisted of 20 fragmentation and high-explosive shots. To protect the enemy from infantry, they retained a small turret shifted to the left of the longitudinal axis of the tank, in which a 7.5 mm Mle1931 machine gun was mounted. Radio equipment SAU consisted of radio stations E26ter and R61, providing communication within a radius of 30 km. Information could be transmitted not only by voice, but also by Morse code. 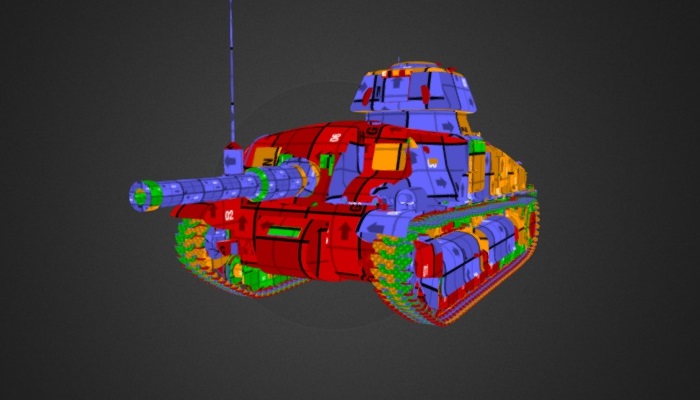 In the Wehrmacht, unlike most of the captured French armored vehicles, the S 35 was not used to create SPGs. The training machine for the training of driver mechanics, which received the designation Fahrschulwagen mit Somua 35 S (f), became its main alteration. The conversion of the base tank was to dismantle the upper front section of the hull and install the handrail of the control compartment. There are data on 60 S 35 re-equipped in this way, however this figure may also include the machines used as tractors. In addition, in the catalogs of the Wehrmacht armored vehicles there are references to tractors and carriers of ammunition based on the S 35. 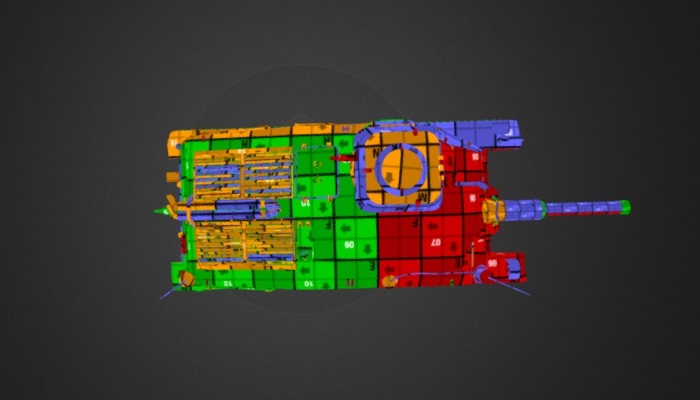 In the online game world of tanks.ru Somua S-40 on this anti-tank self-propelled gun should be played from ambush tactics. The car does not have very good reservations, tanks armed with machine guns will not exactly penetrate, but they are not often found. But in a battle with more serious opponents, armor probably will not save. The dynamics of this anti-tank self-propelled Somua S-40 is not very good, the car is slow and poorly agile. It is better to push through the front with comrades and keep the second or third row and try not to allow fast light tanks.