The French medium tank Somua S35 began to develop due to the rearmament of the French cavalry. The Somua campaign worked on the work. And the first prototype was introduced in 1935. At the same time, this tank was recognized as one of the best for armoring among other tanks.

It was in the Somua S35 tank that the first ideas on the quality of booking in terms of cast armor were embodied. All other tanks at that time were made of riveted steel plate armor. Unlike riveted armor, cast armor had the best streamlined shape and projectile resistance. And the thickness of the armor was from 20 to 55 millimeters. 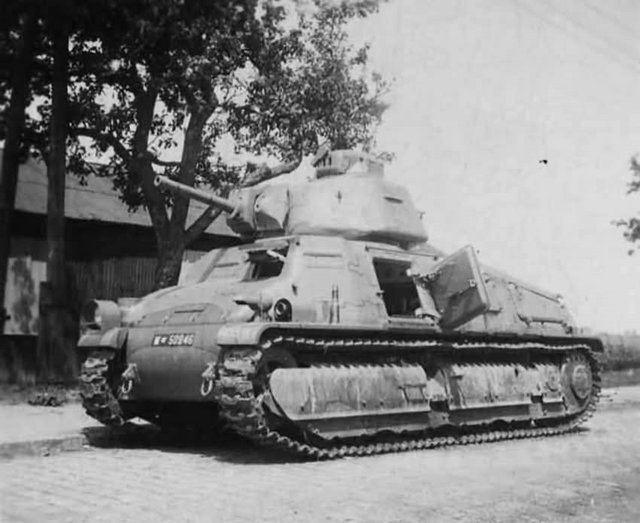 Under the cast armor was a good engine that allowed the tank to move over medium distances. And in the tower was a good weapon 47 mm SA 35 gun. This gun was considered one of the best in its time.

In total, by 1940, 427 of these were Somua S35s. The tanks produced were exclusive and were not sold abroad. In France, three divisions were created and staffed. Each division had 48 tanks. There were plans to create 4 divisions, but in the end its parts were divided and reorganized as reinforcements to existing divisions. 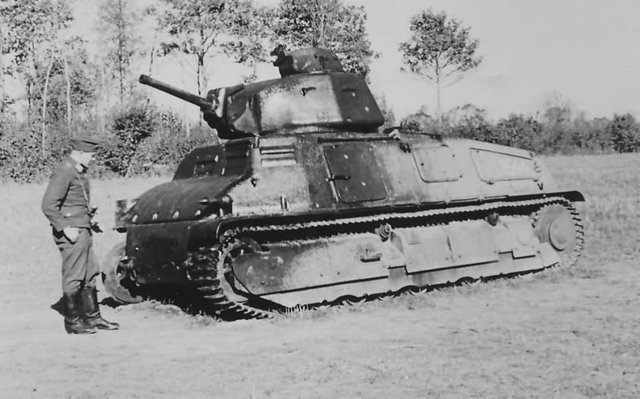 The disadvantages of the Somua S35 tank in combat.

From the outside, or rather all that related to horizontal projection, the flaws are not particularly noticeable. But, with all these wonderful design ideas, the Somua S35 still had big flaws. And these flaws were hidden in the lower and upper parts of the tank. The hit of a shell in these places led to the fact that the tank was easy to destroy.

And these are not all the flaws of the designers. The tank had three crew members, a commander, a mechanic – a driver and a radio operator. At the same time, the commander still served as the loader and was in the tower. On one side of the tower was a point of view, until the battle began.

During the battle, the commander simply could not keep up with the basic functions and control the situation. The commander’s work process was reduced to the fact that it was necessary to have time to load the projectile, aim and shoot. And for this work, he spun in the tower like a yule. But the control functions for controlling the tank and working with the radio operator were missed. 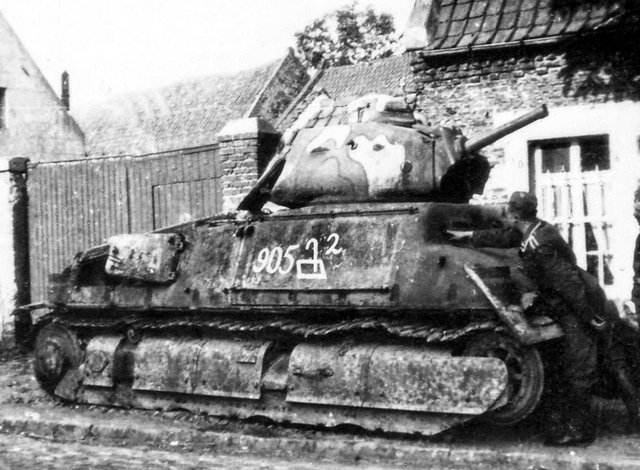 On the battlefield, the tankers in the Somua S35 tanks were confused and could not quickly coordinate actions. As a result, it reduced the combat potential of tank units equipped with Somua S35 tanks. The crew’s experience played a large role and, based on the choice of actions, the tanks in most cases played the role of bunkers.

German troops invaded France in 1940. It is important to note that the Allies, Great Britain and France declared war on Germany in 1939. Due to the fact that Germany attacked Poland. By this time, the French army had about 400 Somua S35 tanks. And in battles took about 250 Somua S35 tanks.

The fighting took place in Belgium. At the moment when Germany crossed the Belgian border. And almost immediately, French troops entered Belgium. the borders between Germany and France were well fortified and fighting did not take place at that time. And designed to hold the enemy for a long time. 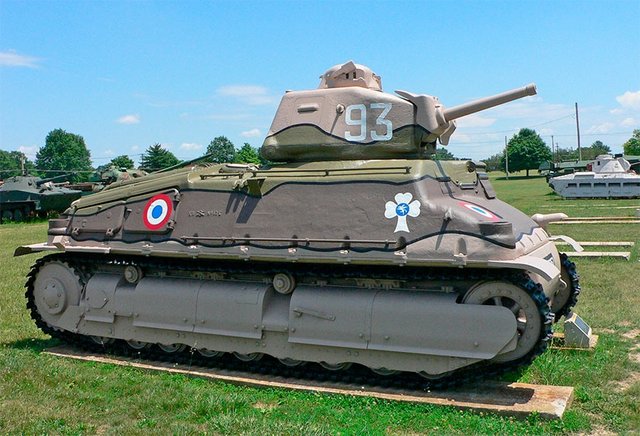 During the fighting, the German army actively used aircraft and artillery. Only allies from Great Britain could resist them. But, the German leadership knew their location in France and in these territories promotion was careful.

In the fighting on May 13, the French army in Belgium was defeated. And on the same day, the German army crossed the border of Belgium and France. The offensive itself was swift, and the French leadership decided on surrender.

On June 14, German troops reached Paris, and the French leadership fled to Bordeaux. The remaining General Weygan for the second time proposed a decision to accept surrender at a government meeting. On June 17, 1940, the French government turned to Germany for a truce. And on June 22, 1940, France surrendered to Germany. 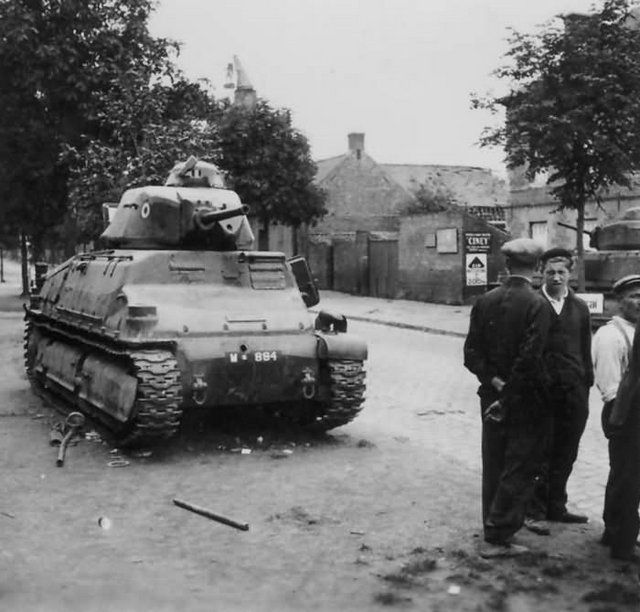 Reasons for the defeat of France.

In addition, France paid mainly attention to the ground forces. And the Somua S35 tanks and other tanks could provide serious resistance. But the artillery unit and air forces lost to the German army. For example, anti-tank and anti-aircraft guns were transported using horses. And most weapons have been available since the First World War.

In addition to the existing problems. There were flaws in the Somua S35 tanks, which are listed above, the tankers could not completely repel the German attacks. And also competently coordinate actions. There were gaps in the management of the command of the armed forces, after which there was a change of one general. 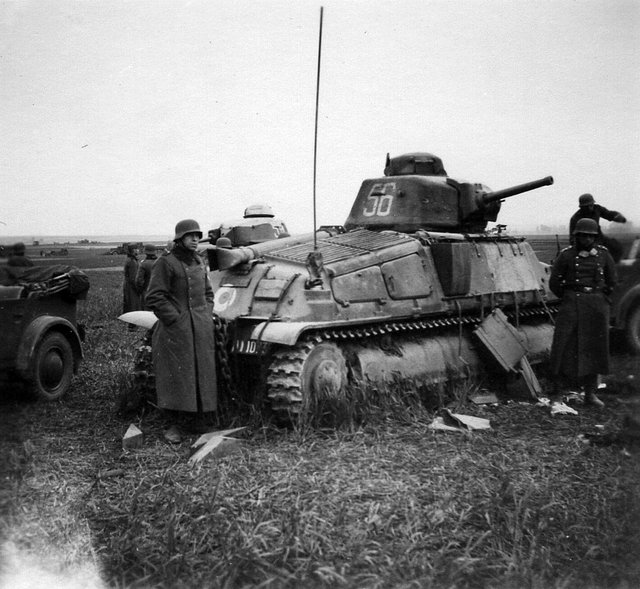 The German army had a tangible advantage both on land and in the air. Tanks could hold a strike and return fire. In addition, most tanks had walkie-talkies and thanks to her, actions were quickly coordinated. German tanks were in the right place and needed in the direction.

The outcome of the battle.

The German army was able to capture good trophies of French tanks. About 300 units of Somua S35 tanks were in German hands. Some of them were refitted and a commander’s cupola with a hatch was installed in the tower. Such tanks were designated PzKplw 35S 739 (f) and were used on the Eastern Front. 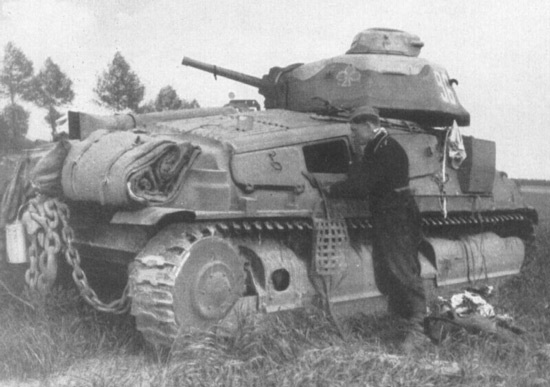 In 1941, the Germans converted 60 tanks into artillery tractors, and 15 vehicles entered service with the Wehrmacht armored landing groups.