Hello dear friends! Many of you may have come to the need to hunt the Bear by now. It is quite possible that they faced big problems with finding their location “Bears” and when fighting with them. Previously, you could run half a map and never find the desired beast. After several updates, this problem was fixed, but the very appearance of animals in some cases is tied to a specific season. There were such moments that in the same period of the season the animals were absent from the right places.

For a successful hunt for the “Bear” you need to be well prepared and stock up on a good stock of weapons. And even a fully equipped character can be defeated. This is not surprising, since the “Bear” in the game Medieval Dynasty is the most dangerous enemy, with a large supply of health and impact power. With close contact, “Bear” is able to kill a character 1-2 times. 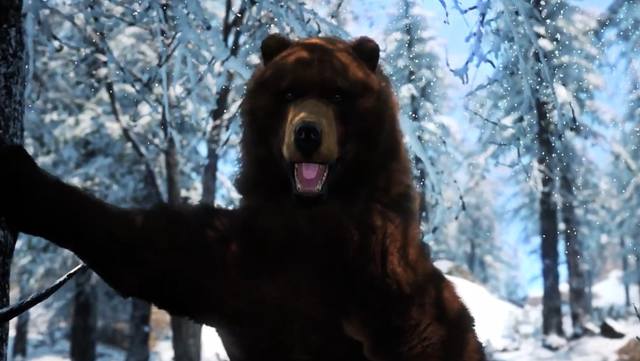 To defeat such a dangerous opponent, you need to know good and safe places. In which you can freely attack and not be afraid that the “Bears” will launch a swift attack. There are very few such places in the game Medieval Dynasty. Forests have great difficulty due to trees, foliage and other animals. Conducting aimed fire at a great distance is quite problematic, arrows often miss the target. And if you get closer to the “Bear”, then defeat is likely.

Important details after which you can safely go hunting the “Bear” in the game Medieval Dynasty.

It is very important that the character is properly configured for difficult situations. Due to the correct pumping, you can reduce hunting time and survival. Including increased survival in difficult weather conditions, if the hunting season falls in the winter time. 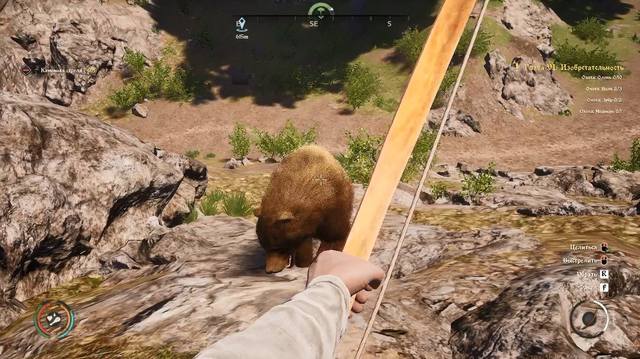 Going on the hunt for the “Bear”, it is advisable to pump at least some of the recommended parameters in order to increase the chances of winning. Skills allow you to better wield ranged weapons and increase the character’s survivability.

When shooting at long range, it is very important that the scope is in a stable position. Skill “Steady Hand” Allows you to improve aiming stability, the first level will increase stability by 10%. Thanks to this, stocks of arrows are saved, shooting becomes more accurate and saves time for catfish hunting. 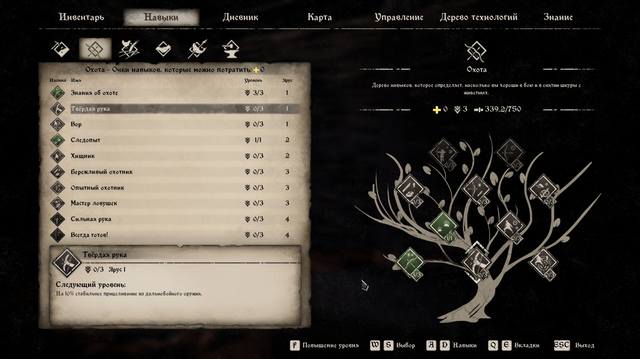 Allows the character to turn on special vision – the “Inspector” mode, which is activated by the “Alt” button. Thanks to this, animals can be seen even in very dense grass. And wild animals can be seen from a distance and further actions can be planned in advance.

If you start pumping this parameter at an early stage, you can speed up the pumping of the entire “Hunting” skill tree. Since the maximum level of “Knowledge of the hunt” gives an additional + 15% experience when hunting.

It happens that a character needs to travel long distances during the “Winter” period of time. The “Immune” skill allows you to increase the character’s resistance to temperature, in the winter or summer-hot period. An increase even by 2 levels can greatly simplify the life of our character and make him more resilient.

Such moments are very common, and a complete set of winter clothes may not be available. At the same time, the weather conditions in the “Winter” period are different. For example, “Blizzard” is better to wait out within your home, as there is poor visibility and strong winds. 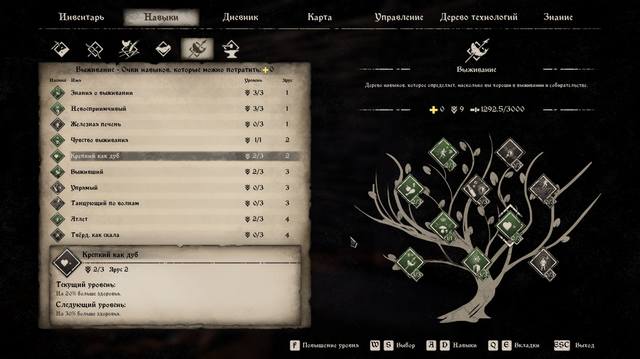 It is advisable to pump it at the initial stage of development, to speed up the pumping of the “Survival” skills. At the third level, the character will receive + 15% additional experience.

Going on the road you need to prepare and stock up on food and water. Water can be carried in the “Wineskin”, which can be found in special places in the Medieval Dynasty or bought from a merchant. Straw 10 -20 pieces and 2 pieces of “Torches”, can be useful for making a fire, to spend the night and cook food. It is best to spend the night near neutral settlements, so you can avoid unwanted contact with wild animals. And of course, stock up on medicinal herbs and potions to restore damaged health. 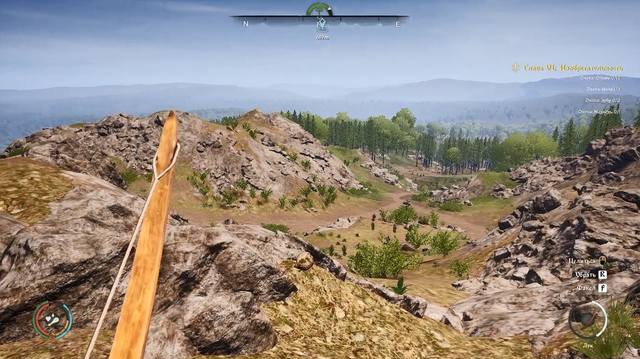 To hunt the “Bear”, it is desirable to have in your hands a “regular bow” and “stone arrows”, the number of arrows you need to have about 70 – 100 pieces. Since even with a good leveling of the Hunting skills, it is quite difficult to shoot at a great distance. You need to get used to, find the optimal aiming point, which is slightly higher than the target itself. The difficulty of shooting is also affected by the swinging sight, due to which sometimes arrows fly in the opposite direction from the target. 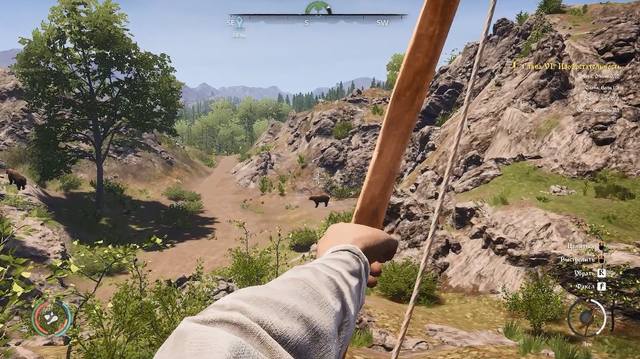 You can open the opportunity to produce the weapon “Bow” after purchasing the technology and building the “Hunting Hut” or “Workshop” (“Forge”). There shouldn’t be any big problems with the construction, and access to the opening opens after completing the task with “Sambor”. Bow and arrows can be crafted in the Hunter’s Hut. For the production of weapons “Bow” may require “Branches” and “Linen thread”, which is taken from the “Stalk of Flax”. After completing the task from Unigost “Sambor”, Unigost gives “Linen thread” as a reward.

About the best place to hunt for “Bear” in the game Medieval Dynasty.

So, you have completed all or almost all of the above important points for hunting. You can start looking for great places to hunt for the “Bear”. Usually such large animals are found in forests and near caves. We do not recommend hunting the “Bear” in the thick of the woods, as there may be other wild animals next to the “Bears”. In addition, hunting among the trees is very difficult. 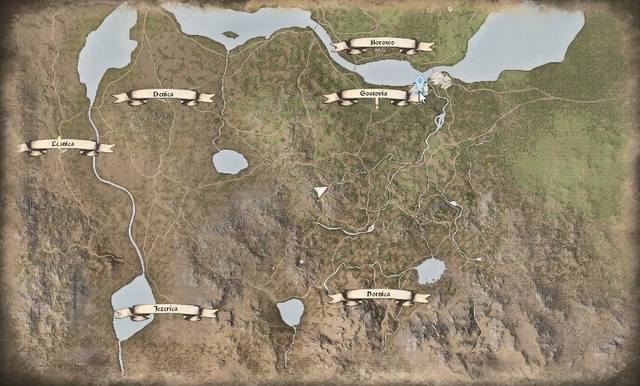 We offer you a great place where you can shoot at the “Bears” without fear of a retaliatory attack. To do this, you need to go closer to the center of the map, to the highlands. On the way, you may come across “Wolves”, which you can safely pass without engaging in battle. We actively use the “Inspector” (“Tracker”) mode to display a possible danger. 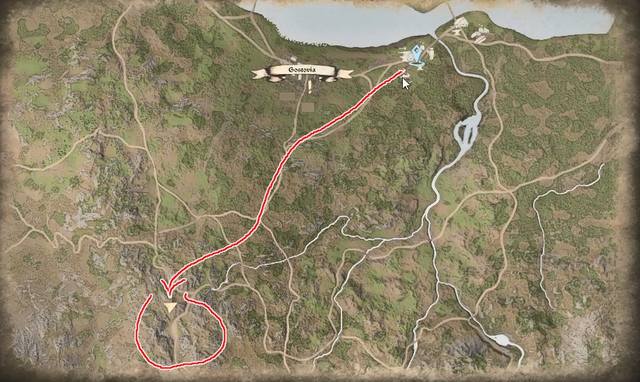 Having reached the mountainous area, you need to climb to the top of the hill. At the top of a hill or mountain, the shooting zone is very clearly visible, it is easier to aim fire, control the area and arrows fly further. In this case, the attack is carried out from a safe distance, where the “Bears” cannot see from where they are shooting.

About the details of the hunt for the “Bear” in the game Medieval Dynasty.

On one “Bear” it took about 13-14 arrows to accurately hit different parts of the body. After such hits, “Bear” runs away from the battlefield and after a while dies from bleeding. It is important to note that there were about 49 “Stone Arrows” for this hunt, of which there were about 28 direct hits. At the end, the arrows ran out and I had to run to cut down the trees to make the Wooden Spears. Attacking the Bears with Wooden Spears is much more difficult. 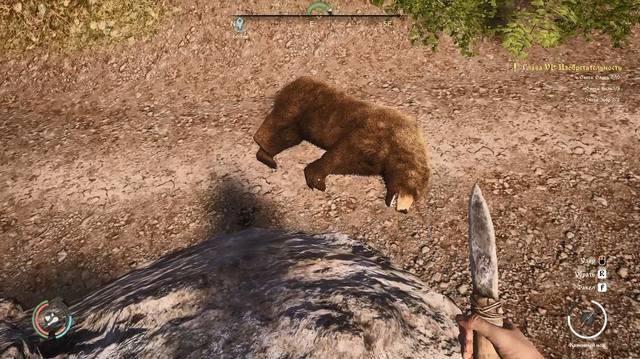 One defeated “Bear” gives 10 units of “Mech” and 25 units of “Meat”. These are several pieces of “Hares”, “Foxes” and “Badger”. At the moment, we can say that hunting the “Bear” is worth it for the sake of completing the task. And so it is better to run through the forest for the purposes of simple animals, such as “Hare”, “Fox” and “Badger”. Until such weapons as “Crossbow”, more improved “Bow” and “Iron Arrows” appear.