Hello dear friends! Recently, the developers of Amazon Games have provided access to the game to many players who have expressed a desire to take part in the testing. To do this, you just had to go to your Steam and leave a request. The release of the game New World is scheduled for September 28, 2021 in the genre of adventure MMO RPG. In which you can go alone or in co-op with friends or the same players.

About the plot in the game New World.

Our main character is a navigator who went on a journey and was shipwrecked. He managed to survive and get out to the nearest shore of the lands of Aeternum, but unfortunately the connection with the team was lost. In difficult circumstances, he will have to look for solutions and a way out of a difficult situation. Alone and with weak weapons, they managed to repel the attacks of local creatures and find the nearest human outpost. 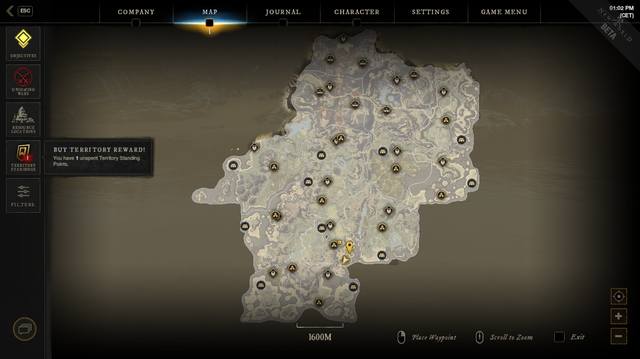 In a new place, the main character found new friends and a good employer, who gave the first instructions and prepared for the further journey. At first, the hero learned to wield melee weapons and use crafting. After a while, the protagonist had other military weapons in his hands. 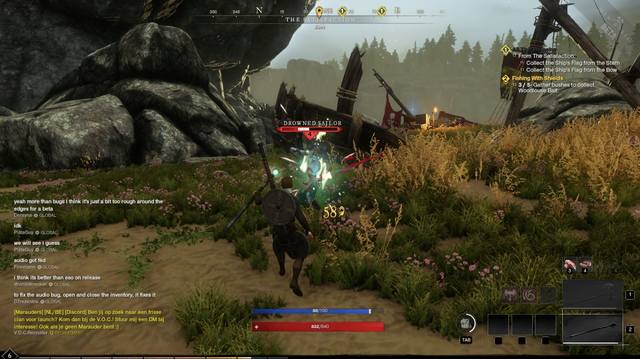 Already in the process of completing simple tasks from the outpost commander, the hero encounters mysterious creatures of filth and other equally dangerous enemies. Our hero faces a rather difficult task, to unravel the secrets of the island of Aeternum and defeat dangerous opponents.

Gameplay in the New World game.

In New World, the gameplay is filled with different distinctive features that are present in similar games of the RPG genres. In our time, you will no longer surprise people with the open world, but you should not lag behind progress either. So in the New World game, the open world is available to players, moving to certain zones, the difficulty level and the level of creatures change. The player is informed about this by a notification window at the top of the screen.  open world is divided into a large location, and the global map contains several such locations. 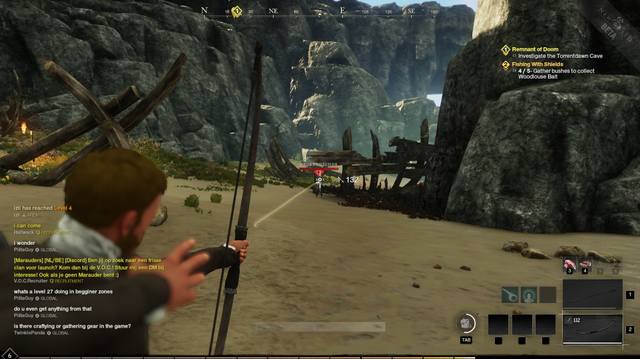 The player can perform different types of tasks that can be obtained from neutral characters in the New World game. Such characters can be marked with special icons. From them you can get tasks for story quests, standard tasks and side tasks. Standard tasks are searching for special types of resources, hunting animals, and so on. Side quests – a set of standard quests with additional quests in which you need to defeat an opponent. In additional tasks, you can get valuable items and equipment.

In addition to standard and plot tasks, the player can complete tasks from the selected faction and “City projects”. By completing factional tasks, you can get special currency that can be spent on factional equipment. Also, sometimes “City projects” appear, in which you need to defeat opponents. 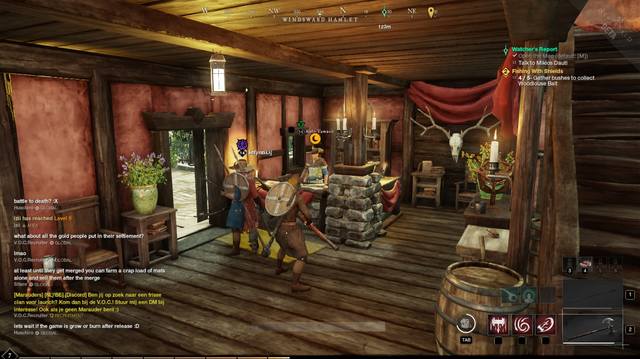 One of the most interesting tasks is “Expeditions”. In this type of mission, the player can team up in a squad of 5 players and go to clear the area. But you will have to select such players in the global chat, guild or among the players in the city. At the same time, the minimum level to enter the expedition, the characters must be at least 25.

About weapons in the game New World.

Starting character development, the player has access to the minimum capabilities and weapons. As you progress through the character gains experience and the opportunity to use other types of weapons. The very first weapon is a sword with a shield, which allows you to block and repel enemy attacks. Weapons are pumped in the same way as the character himself, accumulating combat experience. Moreover, each weapon is pumped through individual use. 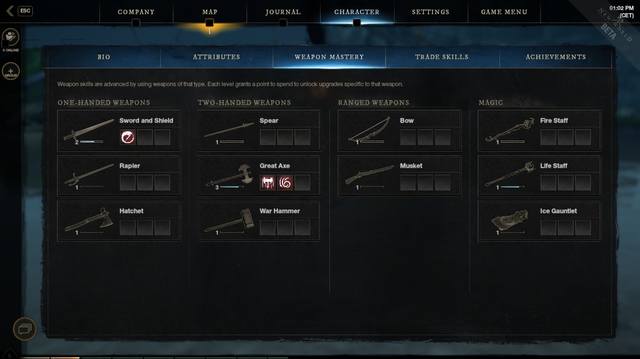 The experience gained from the weapon is distributed between the two pumping branches. Moreover, each weapon has its own parameters for the distribution of experience points. For example, a sword has offensive stats and defensive stats for a shield. And at one of the magic staves, you can pump a branch of a healer and a branch that increases attacking capabilities. By pumping weapons, you can open special abilities that are activated during the battle. 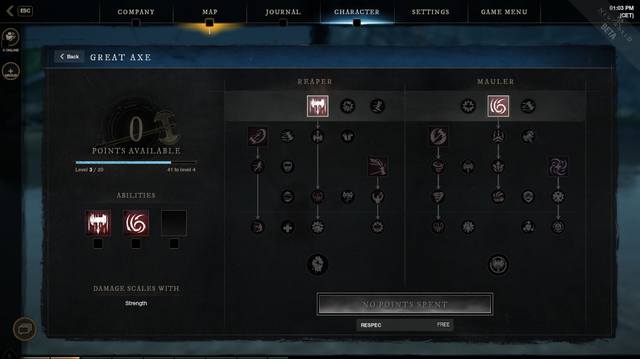 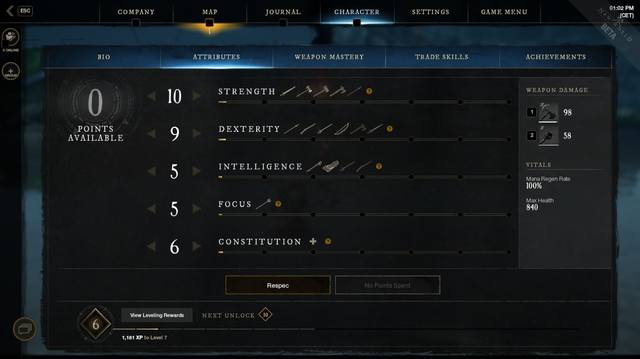 You can carry two types of weapons at the same time. If necessary, switch between them using buttons 1 and 2. For example, if the enemy fighter is at a great distance, you can safely use ranged weapons. And with close contact with opponents, you can quickly switch to melee weapons. At the same time, melee weapons also have their own priorities in battle. In one case, one type of melee weapon gives priority when fighting several opponents, and the other in one-on-one battles.

About crafting and creating items, in the game New World.

Before collecting resources, you may need a standard set of tools that can be assembled from the initial resources. These can be simple types of resources such as stone, stick, and so on. The tools themselves are needed to collect resources in the process of hunting, the hands of the forest, the extraction of stones, fishing and other types. 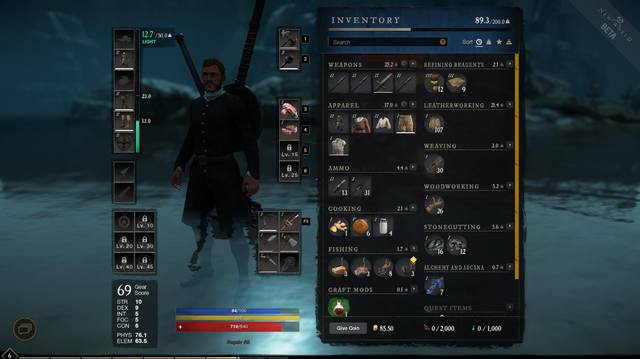 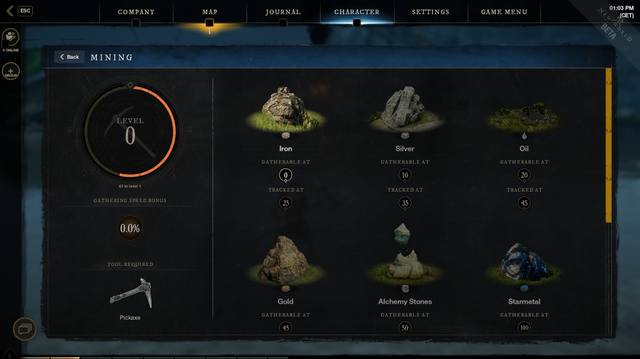 At the initial level, item crafting is available at the bonfire, which is located in the outpost. But more advanced types of equipment and weapons need to be made already in the city, in special workshops. Finding such workshops is not difficult, they are marked on the map and are mainly located in the city center.

About the personal housing of the main characters and allied territories, in the game New World.

In each city, you can acquire your own home. But the cost of such housing is not small, the price can start around 7500 gold. You can store valuables and place different types of furniture in your homes. 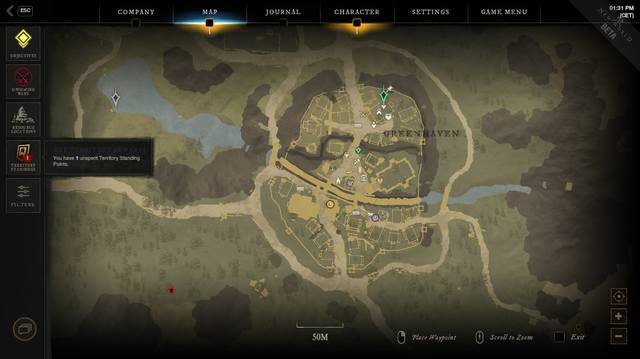 Sooner or later, the player decides to join one of the three factions Marauders, Syndicate, Covenant. Such an opportunity becomes available from the 10th level of the hero. The main goals of the factions are the seizure of territories. The more territories a faction owns, the more resources can be obtained from the controlled territory. At the same time, enriching yourself with rare resources on your territory is much more than getting the same type of resources on enemy territory.

Conclusion on the game New World.

Of course, on the Internet in our time, you can find a sufficient number of games of this genre. But, having looked closely at the new game New World, you can already become interested and try to shake up a bit of another. New games allow players to experience a different world of the game with unique landscapes of the gaming atmosphere. That’s just giving money for the game is a big question. Since you can play other games of a similar genre and absolutely free. 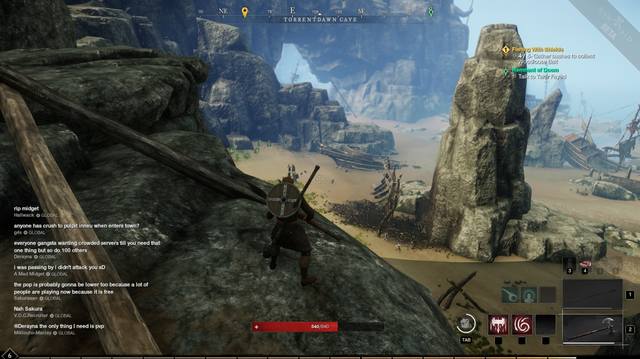 Unlike free MMORPG games, New World presents players with excellent graphics and a slightly different combat process. It is clear that graphics are such a thing that reflects well on very modern computers. So, if you have a weak computer, you probably won’t be able to enjoy all the beauties of the game.