According to the recollections of the Germans, even the weather in those days favored the Russians. In the afternoon of November 27, for just two hours, the temperature dropped to 40 ° below zero. The winter outfit of the soldiers and officers of Mantoifel was at that time only knitted woolen helmets, worn under a helmet, light and short overcoats and narrow boots. Fighting in such clothes in forty-degree frost would be impossible. It should be noted that in the winter of 1941/42, up to 40% of German soldiers on the front line suffered from frostbite on their legs. 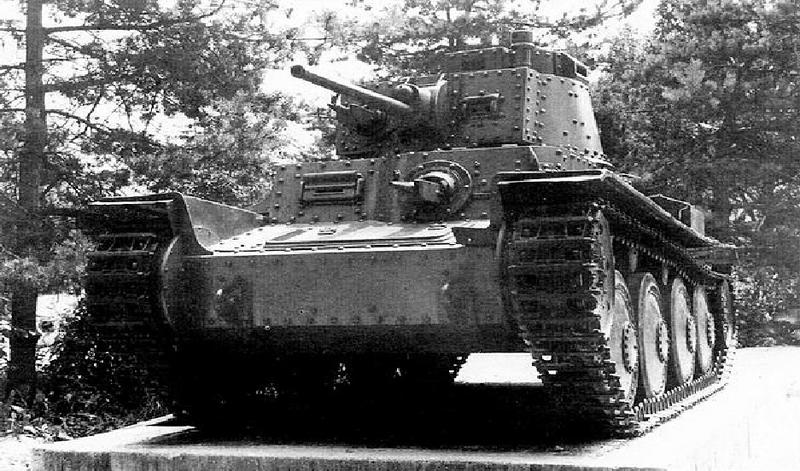 But frost put out of action not only soldiers, but also equipment. The engines froze oil, refused to shoot carbines, machine guns and machine guns, tank engines did not start. In this situation, the Mantoifel battle group failed to maintain the Yakhroma bridgehead. When the soldiers of the Soviet 1st shock army, dressed in winter overcoats and felt boots, fell upon him. The trunks of Russian machine guns peeked out of their fur covers, and the bolts of the machine guns were oiled with winter oil. Nothing prevented the Russians from fighting. The Russians could lie for hours in the snow, creep secretly to German outposts and destroy them. The infantry was supported by the T 34, while only the Pz. 38 (t) with 37 mm cannons and several Pz were left at the disposal of the 25th tank regiment of the 7th tank division. 4 with 75 mm guns. 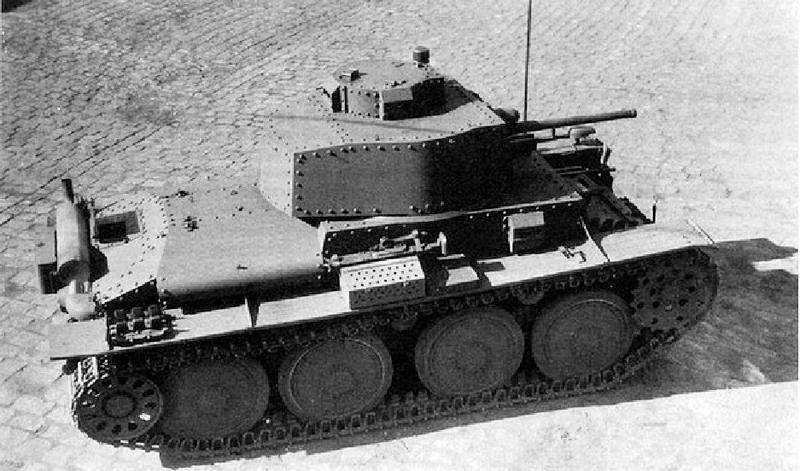 On December 1, the strike army crossed the canal on December 1, threw the enemy off the west bank and captured the bridgehead southwest of Yakhroma. In the next four days, Soviet troops fought counter battles with German units. As a result of these battles, the troops of the 1st shock army inflicted serious losses on the German units, completely frustrating their attempts to reach the eastern shore of the Moscow Canal. These days, the 7th Panzer Division lost almost all of its Pz. 38 (t) and was later rearmament with German-made tanks. The total losses of the Wehrmacht in tanks Pz.38 (t) for 1941 amounted to 796 units. 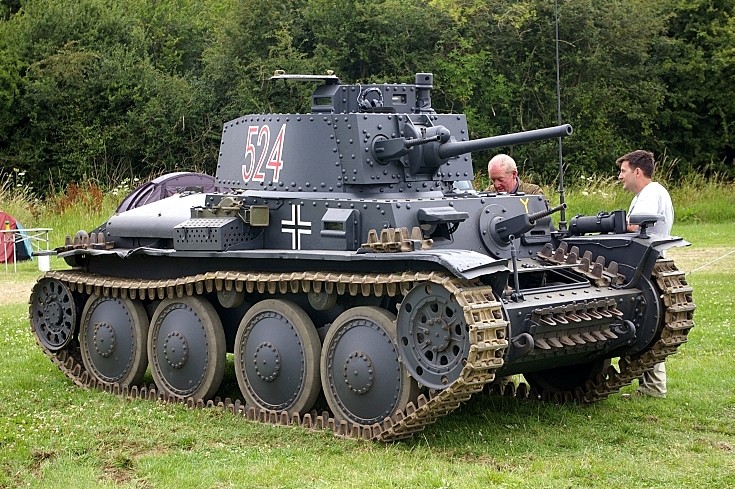 In early 1942, the newly formed 22nd Panzer Division of the German Army had the largest number of tanks of this type. Her baptism of fire took place in March 1942 when attacking the positions of Soviet troops on the Kerch Peninsula. In the morning fog, the units of the division collided with the Soviet units preparing for the attack, mixed up and suffered heavy losses. She had the opportunity to rehabilitate in early May 1942 during an operation conducted by the 11th von Manstein army. The task included the elimination of the Soviet bridgehead on the Kerch Peninsula. On the night of May 7-8, German infantry launched an assault on the positions of the 44th Army of the Crimean Front. Together with the landing, landed from the assault boats, the infantrymen managed to take control of the first line of defense of the Soviet troops. This was their main task. 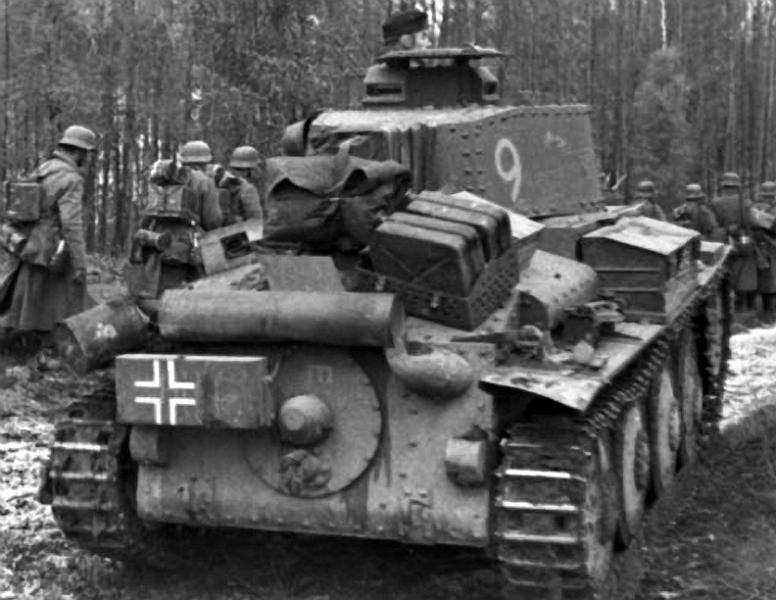 As planned, now the 22nd Panzer Division turned north. Behind the rear are two Soviet armies that were still fighting with the 46th Infantry Division and the Romanian brigades. Everything went according to Manstein’s plan. But then suddenly the situation changed. Toward evening on May 9, heavy rain began. Within a few hours, dirt roads and clay soil along the side of the road turned into an impassable quagmire. Wheel all-terrain vehicles and trucks were hopelessly stuck in it, only the equipment on the caterpillar track kept the ability to move. Manstein’s will clashed with the forces of nature. 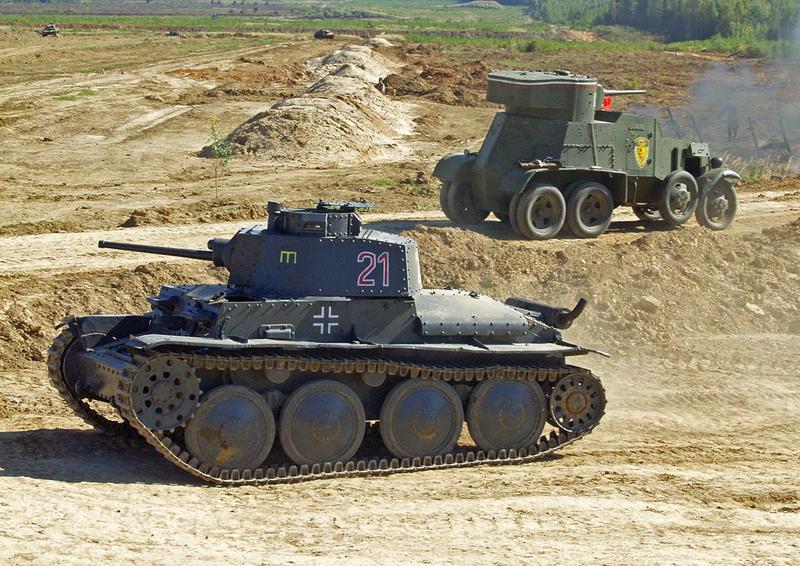 The armored fighting vehicles of the 22nd Panzer Division continued their offensive until late at night, and then took up positions for all-round defense. On May 10, they were already in the deep rear of the Soviet 51st Army. The Germans repelled a powerful attack by the Soviet army with the involvement of large armored formations. The rising wind soon dried up the earth. The division continued to move north. On May 11, she was in Ak Monay by the sea in the rear of the Soviet 47th Army.

By the beginning of the German summer offensive, in addition to the 22nd Panzer Division, tanks Pz.38 (t) were in six more formations of the Wehrmacht. 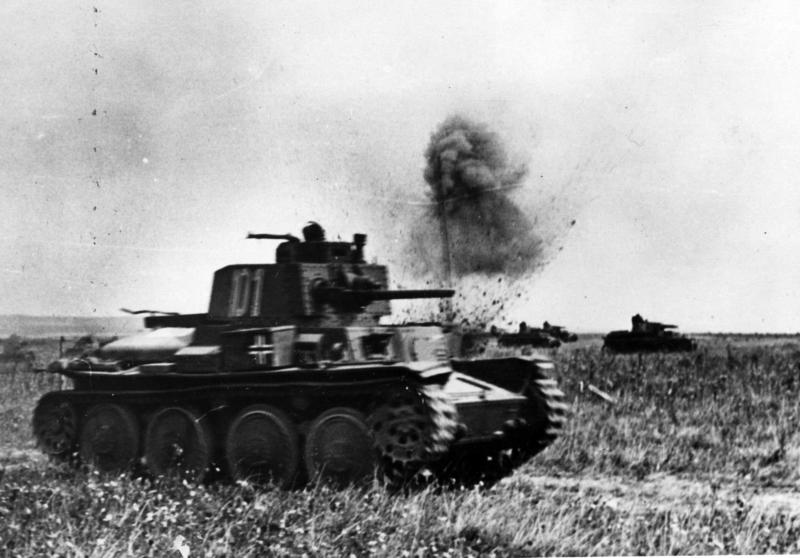 As for the 22nd Panzer Division, in the fall of 1942 it was part of the 48th Panzer Corps of the 4th Panzer Army of General Goth. In September, the corps was temporarily withdrawn from the army and transferred to the area south of the town of Serafimovich, to the rear of the 3rd Romanian army. I am the 22nd division that formed the basis of the corps forces. The 1st Romanian Panzer Division was part of its corps in the 22nd Division. The 1st Romanian Panzer Division, despite an order from the command of the ground forces, was not yet re-equipped with German tanks to replace the Czechoslovak Pz.38 (t). The state of the division, which occupied positions in a quiet sector of the front, was rather deplorable.

The equipment of its 204th tank regiment was sheltered in deep trenches and protected from frost by straw. Tankers did not receive fuel, and therefore could not check the engines. When the order to advance to the front line was received and the tanks had to be hastily withdrawn from the trenches, only 39 of 104 vehicles managed to start the engines. On the march, tanks often failed due to a malfunction of electrical equipment. As it turned out, the mice that wound up in the straw simply ate part of the electrical wires. As a result, the division reached its starting position with 31 combat vehicles. Later, another 11 pulled themselves up. 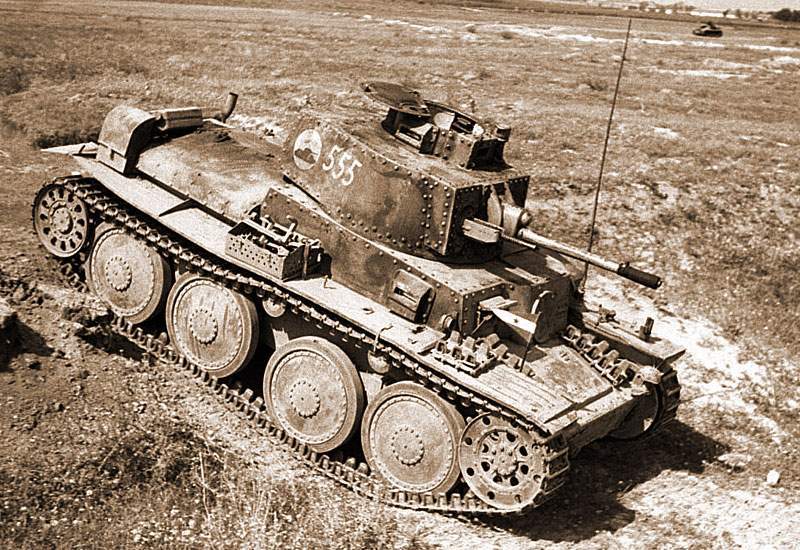 From these forces a battle group was formed. Which on November 19, 1942 in the Peschanoy area was drawn into stubborn battles with the 1 m tank corps of the Red Army. As the neighbors of the 22nd division left and right, the Romanian infantry divisions were rapidly retreating, the tankers were in danger of being surrounded. Later they also had to leave the Chir River.

Across the Chir River, from separate Romanian and German units, the new chief of staff of the 3rd Romanian army, Colonel Wenk, created a front. Called in order to close the 200 km gap created by the Soviet offensive. 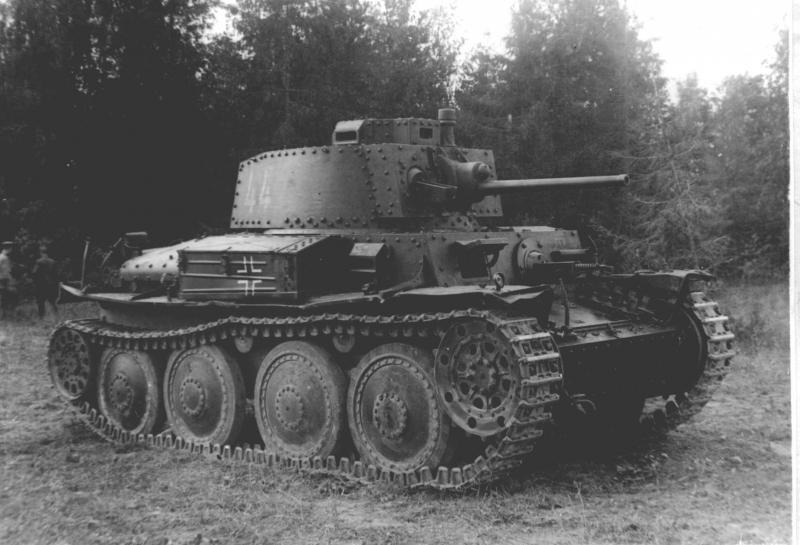 At first, troops along the Don – Chir arc on a plot of several hundred kilometers consisted of only a few battle groups. From the assembled units that came together from the rear services and repairmen of the 6th Army, as well as from tank crews and tank companies without tanks, from sappers and air defense troops. To them were later added the main forces of the 48th Panzer Corps, which made their way to the southwest on November 26.

After 22, I Panzer Division made its way to the southern coast of Chira. The battle group of this division became a solid rock in the battles on the Don and Chir. With her lightning counterattacks in those difficult weeks, she gained a high reputation among the foot soldiers, becoming a true legend. But after a few days in the group there were only six tanks, twelve armored personnel carriers and one 88 mm anti-aircraft gun. The group’s commander, Colonel von Oppeln Bronikovsky, sitting in his Pz.38 (t) tank, led the operations of his unit with the most advanced in the cavalry style. 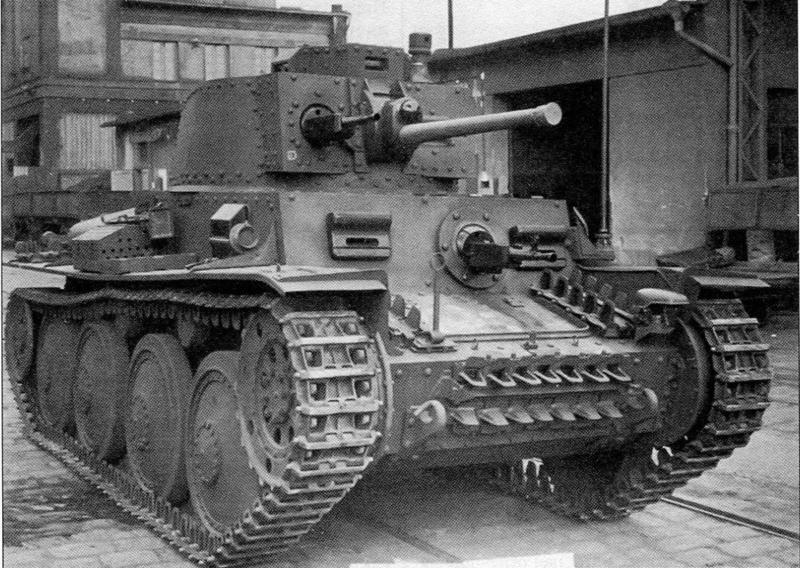 As for the Pz.38 (t) tanks, in the spring of 1943 they were practically withdrawn from the combat tank units of the Eastern Front. So, before the start of the Battle of Kursk, they were available only in the 8th division with three units Pz.38 (t). And the 20th Panzer Division has nine units of Pz. 38 (t). In total, on July 1, 1943 in the Wehrmacht, there were 204 combat-ready tanks of this type.

By this time, part of the machines during the repair was converted into self-propelled artillery installations. Tank towers were used at various fortifications as firing points. By the summer of 1944, there were 351 units. A significant number of Pz.38 (t) tanks served in security and police units in the occupied territories, as well as in German armored trains. As of October 1944, another 229 combat vehicles of this type were listed in the Wehrmacht.