In the German army, it was supposed to replace the Pz.3 and Pz.4 tanks in the combat units with the more modern Panther tanks. However, the pace of mass production did not meet the needs of the troops. The authorities managed to establish that such tanks can only be equipped with one battalion in the regiment. This conclusion was reached after the consultation of the inspector general of the tank forces of the Wehrmacht, Colonel General G. Guderian and Minister of Arms A. Speer. 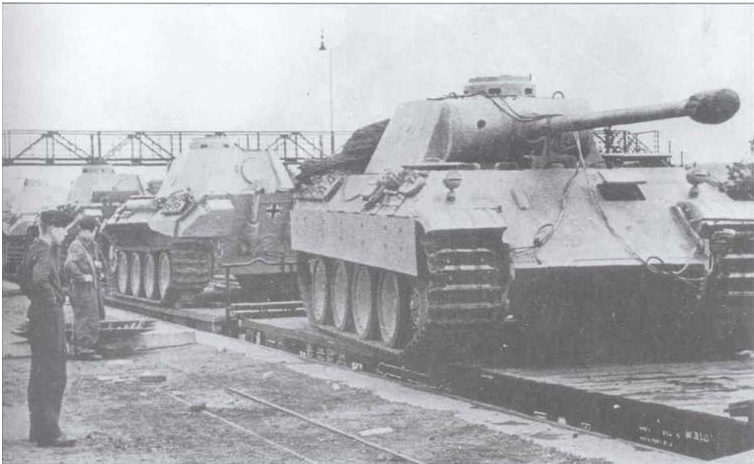 The battalion consisted of four companies of 17 tanks each. At the headquarters there were eight more tanks and an air defense platoon armed with Mobelwagen or Wirbelwind self-propelled guns. There were a sapper platoon and a technical company in the battalion, equipped with evacuation tractors and various vehicles. In practice, the organization of parts never corresponded to the state. In Panzervaffe units, there were an average of 51–54 Panther tanks, and in the SS troops 61–64.

The first military units to be equipped with “panthers” were the 51st and 52nd tank battalions, formed in the winter of 1943 on the basis of the 2nd battalion of the 33rd tank regiment of the 9th tank division and the 1st battalion of the 15th tank regiment of the 11th tank division, respectively. The crew of the Panthers included many young soldiers and officers who had no experience in fighting on the Eastern Front. For training the crews used tanks Pz.4. And only in May, battalions received 96 Panthers each. Their formation ended by June 15, 1943. 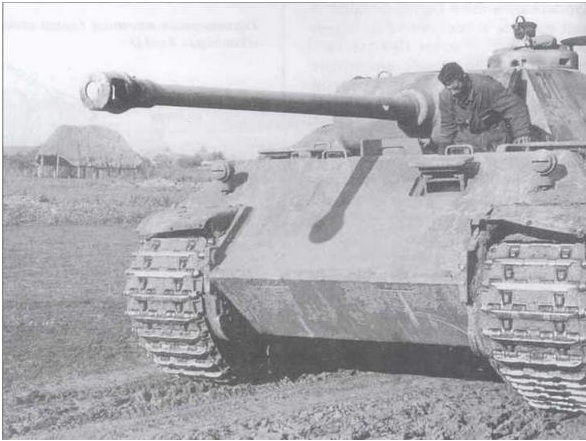 The baptism of fire of the regiment was participation in Operation Citadel. A large summer offensive by the Germans in the region of the Oryol-Kursk ledge, and more precisely in the Kursk Bulge. But before the offensive, the Germans managed to prepare only the crew for the Panther tanks at the platoon level. Testing the interaction of units at the level of companies and battalions was not carried out at all and live firing was a rare occurrence. 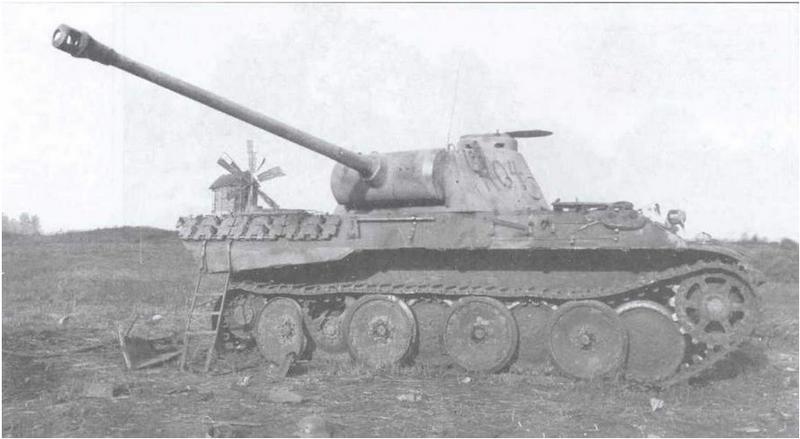 As a result of this, in the very first battles there were errors in the combat formation of the “panthers”, problems with the transfer of orders due to poorly organized communications. In addition, the situation was aggravated by mechanical breakdowns and engine fires. For example, on July 3, two tanks burned down during a march from the railway station to the front line due to an engine fire.

On the eve of Operation Citadel, the German command formed the 10th Panzer Brigade, which included the tank regiment of the motorized division Great Germany and the 39th Panzer Regiment. Colonel Decker was appointed brigade commander. But the commander of the tank regiment of the Great Germany division, Colonel Von Strachwitz, was dissatisfied with such a decision, which subsequently negatively affected the course of hostilities. 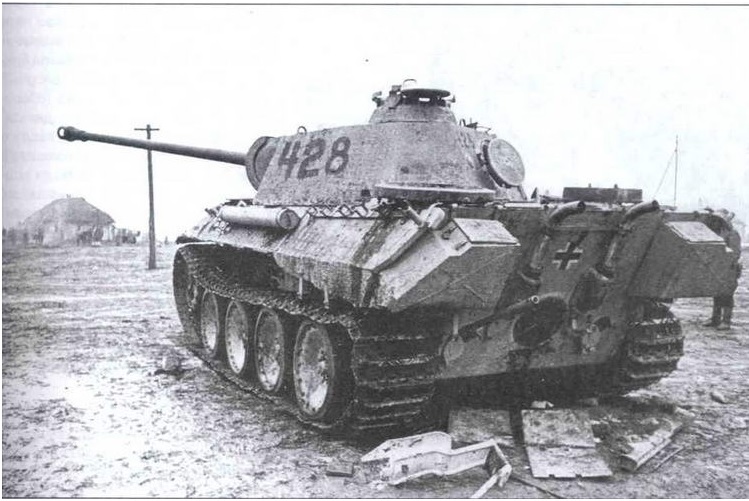 Early in the morning of July 5, 1943, German troops went on the offensive. At 8:15 I went on the attack and 10 I am a tank brigade. In the first echelon, the regiment of the Great Germany division was moving, followed by the Panthers of the 39th Tank Regiment. In total, 266 tanks participated in the battle, namely 4 Pz.2, 51 Pz.4, 3 “tigers”, 12 flamethrower tanks and 184 “Panthers”. The object of the attack was the village of Cherkasskoye in the defense zone of the Soviet 6th Guards Army. The village was well fortified, the approaches to it were covered with wire fences and minefields. Despite the stubborn resistance of parts of the 67th and 71st Soviet guards rifle divisions and the 245th separate tank regiment, in the evening the village was occupied by German troops. And the loss of the 39th tank regiment per day of the battle amounted to 18 Panthers. 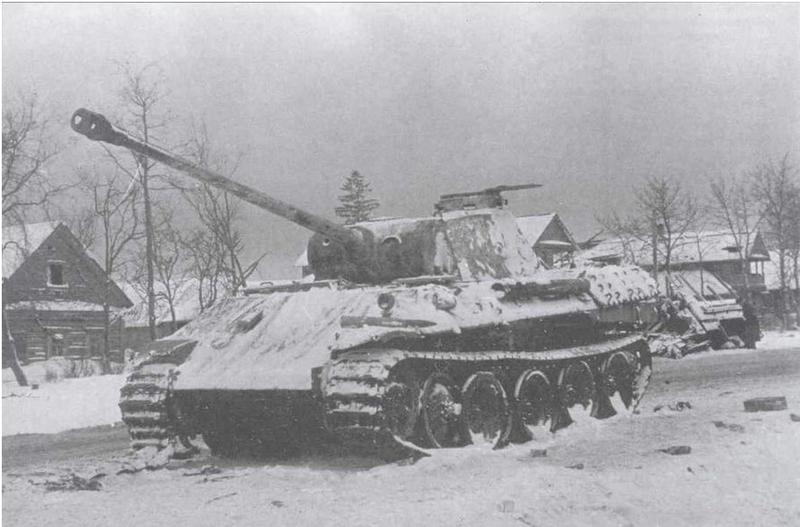 In the next 10 days, I tank brigade continued to attack. In the course of these battles both its regiments and the infantry of the Great Germany division accompanying them suffered heavy losses. In addition, on the morning of July 7, even before entering the battle, the 39th tank regiment lost six Panthers due to a fire in the engines. By evening, only 20 combat-ready Panthers remained in the ranks of the regiment.

In the battles of July 9–10, the combat power of the 39th tank regiment decreased even more. So, by the evening of July 10, only 10 combat-ready Panthers remained in service. 25 tanks were irretrievably lost, 65 were under repair, and another 100 were in need of repair (56 of them were damaged, and 44 were out of order due to breakdowns). By the evening of July 11, 38 Panthers were already combat-ready, 31 were irretrievably lost and 131 were in need of repair. 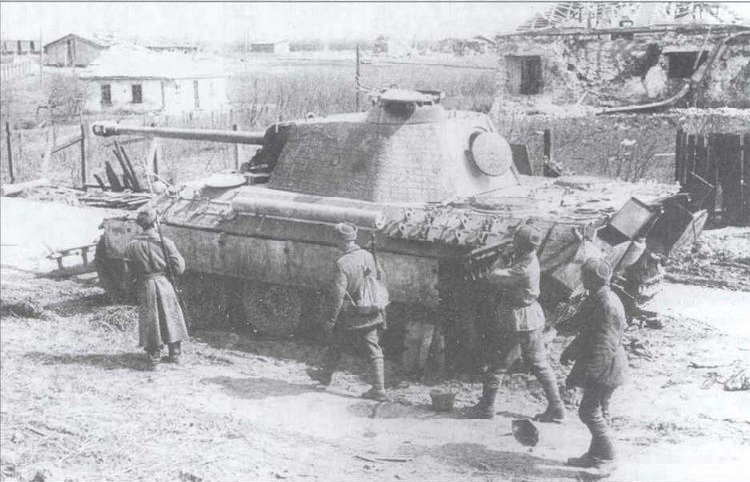 It should be noted that the repair units of the 39th tank regiment worked very efficiently, returning up to 25 tanks daily. There were no difficulties with spare parts, as they were delivered from Germany by special aircraft. To evacuate the Panthers from the battlefield to the regiment, there were 19 Famo semi-tracked tractors, and soon they added 14. For transporting one of the damaged Panther tanks, three such tractors were required.

On July 18, the headquarters of the 10th Panzer Brigade and the Panther regiment were removed from the Great Germany division and directly subordinated to the headquarters of the 48th Panzer Corps. The next day, the 51st tank battalion transferred its tanks to the 52nd battalion. And the personnel, cars and other equipment were loaded into trains and sent to Bryansk, on the northern face of the Kursk Bulge. The 52nd battalion continued to fight as part of the 52nd Army Corps, and then the 19th Panzer Division. In late July, the battalion received a replenishment of 12 Panthers, who arrived from Germany. In subsequent heavy battles, the battalion suffered heavy losses. His last “Panthers” were shot down in the battles for Kharkov. 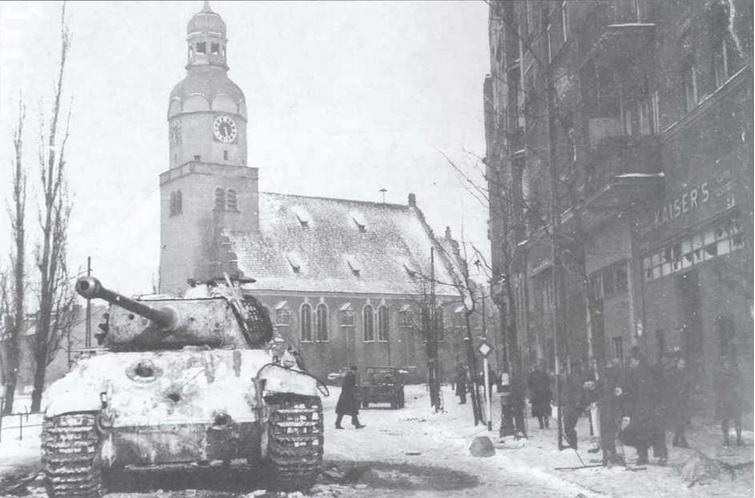 The tactics used by the German army when they fought with Panther tanks have the following features:

a) tanks are used in battle mainly on roads or in the area of ​​roads;

b) Panther tanks are not used separately, but, as a rule, groups of medium tanks escort them;

d) during the attack, “panthers” move in the same direction, without changing course, trying to use their advantage in frontal protection;

f) when Panther departs, they retreat to the nearest shelter in reverse, trying not to expose the sides to artillery fire. 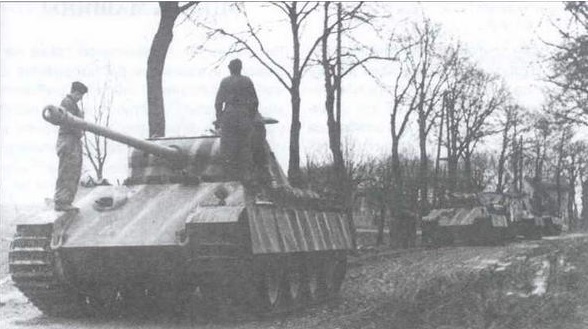 When the Germans left, all the destroyed and defective Panther tanks were blown up. Undermining is carried out by a special charge carried on tanks. The charge has a detonator, ignited through the Bikford cord, the cord is ignited by a special charge.

After the fighting on the Kursk Bulge, the rearmament of the Panther tank units of the Wehrmacht by tanks was proceeding with ever increasing intensity. In many cases, this coincided with the relocation of tank units and formations or the removal of them to the rear for repair. Until the end of 1943, one battalion was re-equipped in the 2nd, 3rd, 4th, 7th and 19th tank divisions; The 51st battalion was included in the 9th Panzer Division.