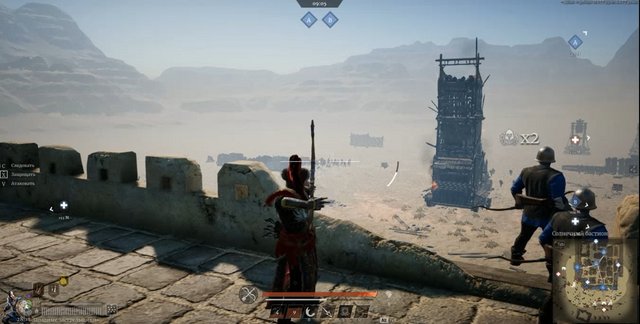 About the features of the “Longbow” in the game Conquerors Blade.

The longbow in the game Conquerors Blade is the hero’s longest-range weapon. A long bow shot is capable of hitting a target at a very long distance, and the hero plays the role of a sniper. From some side, it may seem that the weapon is easy to use, but this is far from the case. Of all the ranged weapon classes, the longbow is one of the most difficult. Therefore, it is better for beginners to start the game with the “Musket” if they like ranged weapons.

At the beginning of the game, it is very difficult for beginners to play with the Longbow weapon, for many reasons. One of the main reasons is stock weapons, which have low penetration and damage rates. You can fight against other heroes only when using abilities, otherwise the main targets are ordinary fighters from the enemy squad, with light armor.

The pumped characters in stock may have chests with rare blueprints for weapons and the necessary resources to create such weapons. And this already makes it easier to fight on the battlefield. In addition, the character himself has already been pumped and he has pumping points that can be redistributed in the desired direction using special scrolls.

It is recommended to switch to a ranged weapon from another ranged weapon, since you may not have to reset the character’s leveling and distribute the leveling points in the right direction. The closest similar weapon to the Longbow is the Shortbow, as it also has the priority of Agility and piercing damage. 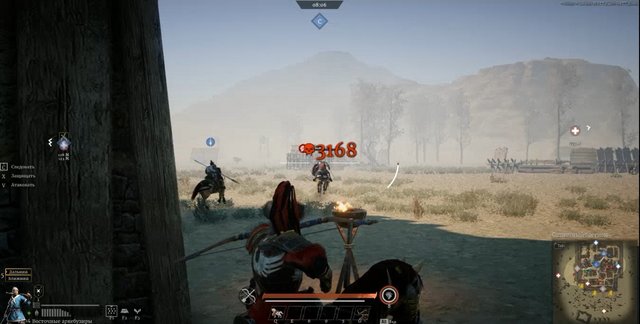 When properly pumped, the Longbow weapon allows you to get critical hits and do very good damage. Here are just critical damage when hitting the head of the enemy. Thanks to the comfortable sight, it is possible to hit a stationary target.

Watch the video with the weapon longbow

On the shortcomings of the Longbow weapon in the Conquerors Blade game.

This weapon does not allow you to quickly shoot at enemy soldiers and quickly cause decent damage. Since for increased damage you need to fully pull the bowstring, and this takes some time. In addition, you need to aim well at the enemy fighter and guess his route of movement. This actually increases the likelihood of misses, which lead to a longer pumping of the weapon. Since the hero receives not a lot of experience at the end of the battle, such a beginner may not like this.

The fighting technique is limited by the character’s energy, which is spent on running and pulling the bowstring. As a result, you have to select tactical places for the safe shelling of enemy fighters. In this case, it will be important to find a suitable squad, behind which you can hide or effectively hold positions. You can take any squad with you, but you have to decide on tactics for effective use.

It may happen that, having reached the right place of fire, there is not enough energy charge to pull the bowstring and fire. Because of this, you have to wait a bit for energy recovery, and then make attacks. Therefore, it is very difficult to play without a horse, you need to try to save your horse.

The horse is an important friend on the battlefield and this is another point that the Longbow weapon is not suitable for beginners in the game. Since at the beginning of the game you can get one horse, and only then you can take up to three horses into battle. Thanks to the horse, you can save energy when moving at a distance and run away in case of danger.

Keeping the enemy at bay is a key feature when playing with the Longbow weapon. Fortunately, a character with such a weapon has one of the best mobility in the game. Well, maybe on par with the Shortbow weapon. This feature is associated with the technology of pumping, since it is recommended to spend almost all points on “Dexterity”. The reason for this moment is the ability of the “Longbow”, all abilities are sharpened for piercing damage and penetration from piercing damage.

About pumping “Longbow” in the game Conquerors Blade.

As mentioned above, it is recommended to pump the Longbow weapon in a higher direction to Dexterity. Such a moment is due to the abilities of the Longbow weapon. But, you can take into account a balanced pumping, where you can spend a few points on “Endurance” to raise the character’s health level.

After use, allows the hero to jump forward or backward. Removes the stun effect and increases movement speed by 30%. The ability is suitable for playing at medium and close range, only you need to understand in advance which direction to jump. In fact, it is used extremely rarely, because of this it is used only in the early stages of pumping.

The hero jumps back sharply at a certain distance. Similar ability with “Flip”, only somersault can be used to catch up with the fleeing enemy hero. Almost never used in battles. 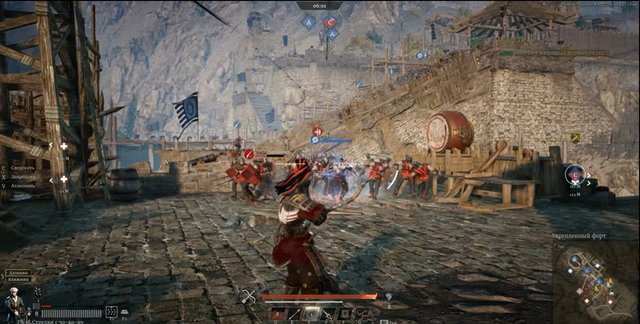 It is an offensive ability that increases the rate of a single attack depending on the degree of the bowstring being pulled. In addition, at level 3, it allows you to reduce the defense of the enemy hero by 50% for 4 seconds and reduces the block performance.

The ability works well against lightly armored enemy units. If the hero is at medium distance. In the case of a long distance, the probability of hitting all the arrows fired is very small, as a rule, 1-2 arrows or none of them can hit. 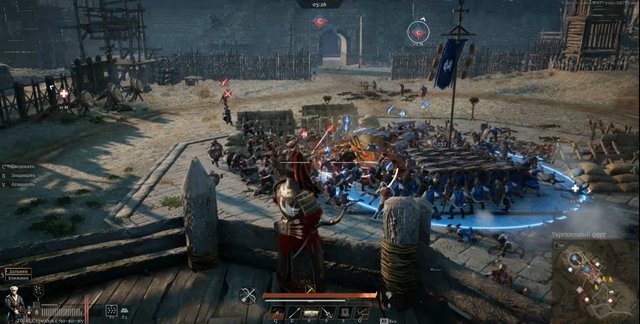 Fire Arrow is a very fun ability when you hit an enemy hero standing behind a cannon or on horseback. After being hit, the enemy hero drops out of the occupied place and temporarily deals 200 damage. In this case, the shot itself deals about 86% damage from the base indicator of penetrating damage and 1655 points of additional damage. Very good ability, so we recommend taking.

Watch the video with the weapon longbow

Improved abilities of the hero with the “Longbow” weapon.

When attacking enemy fighters, the fired arrow is capable of hitting several targets along the flight path. At the same time, damage increases from 240% of base piercing damage with an additional damage of 4373 units if the bowstring is fully drawn.

Works very well against enemy melee heroes who fight on the first flank next to their units. A hero who takes such damage can retreat. 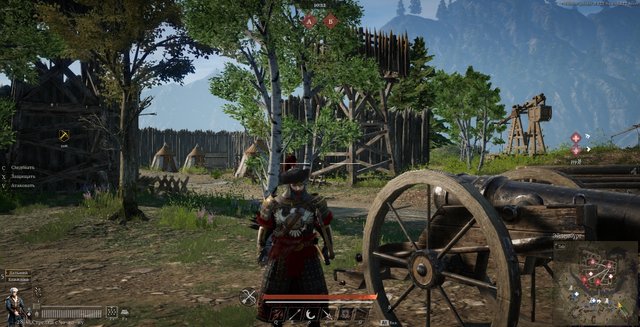 The ability is designed to scatter enemy units. Since it deals damage in an area within the hit radius. Increased damage is from 76% of base piercing damage at level 1. We recommend pumping, since you often have to fight enemy units, and there are few effective abilities for these matters.

A tip for quickly leveling a hero with a Longbow weapon. 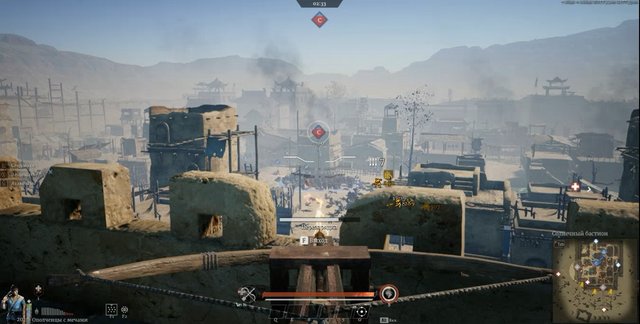 When defending a fortress in the “Siege” mode, you need to try to take control of some cannon on the walls. It’s good if you come across a cannon where ordinary detachments attack. This way you can slightly increase the experience gained after the battle. 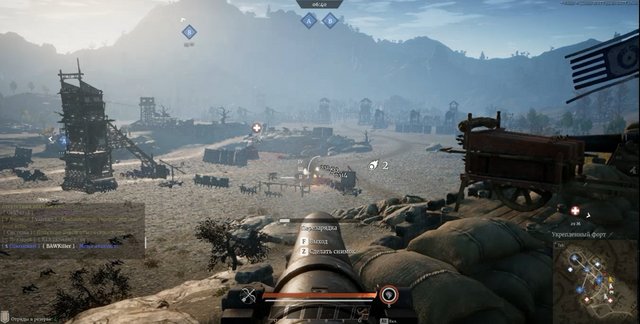 In the same “Siege” mode, on the side of the attackers, you need to activate siege catapults in time and try to destroy enemy units. When the walls are taken, it is advisable to choose a good place to deploy your cannon. The better and more successful the place you can get, the more experience the hero can get. Since the cannons do decent damage to a large number of enemy fighters, in one shot.