Hello dear friends! Conquerors Blade introduces a new weapon, the Lance, introduced by the game’s developers in Season 8. The new story will take players back to the period of the Chinese Tang Dynasty. Players will have access to the new Longting region and the new Linwu fortress, where legendary battles will take place.

The new type of weapon is perhaps one of the main and main rewards of the season, including new squads of fighters. You can get this type of weapon by completing special tasks or bought for real money. Before the start of the season 8 game event, the developers gave all players the opportunity to get access to weapons by pre-ordering a set.

In order to successfully confront enemy fighters and heroes, you need to know some basic points. Abilities will help increase the damage done and temporarily disorient the enemy. In addition, the abilities allow you to deal damage to multiple enemies in one hit. It is important to get used to the weapon and try to inflict aimed hits, then there will be increased penetration and decent damage.

A brief difference between the Spear weapon and the Lance weapon in the Conquerors Blade game.

From a certain point of view, the new weapon “Lance” is an analogue of the weapon “Lance”, only better. “Pica”, in our opinion, is more effective against enemy units, including boxes, than “Lance”. You can also resist against enemy heroes, but it all depends on the skill of the player. Unlike the “Spear”, the “Lance” weapon does not allow playing from the mount, there is no additional ability. But this does not make Pica worse, since it has a different strategy of application.

About the features of the weapon “Lance” in the game Conquerors Blade.

The weapon “Lance” is endowed with a unique mechanism for using special attacks. All abilities can be activated 3 times, and their replenishment is much faster. And enhanced abilities make it possible to make combined attacks and combine them with normal abilities. The final result and damage to the enemy depend on the combined attacks.

The hero with the “Pike” weapon is very mobile, which allows him to quickly move around the battlefield. This makes it possible to escape from critical moments or catch up and finish off enemy heroes. In this case, the attack distance is made at a long distance, for close combat. During the game, you need to understand the optimal and safe distance in close combat in order to increase survivability.

About pumping a hero with a weapon “Lance” in the game Conquerors Blade.

It didn’t take long to understand which direction the distributors are the most effective. In our opinion, the optimal distribution of points will be 50 to 50, between “Strength” and “Agility”. Leveling is approximately similar to the “Spear” weapon. You can spend a few points to increase the stock of “Health”. 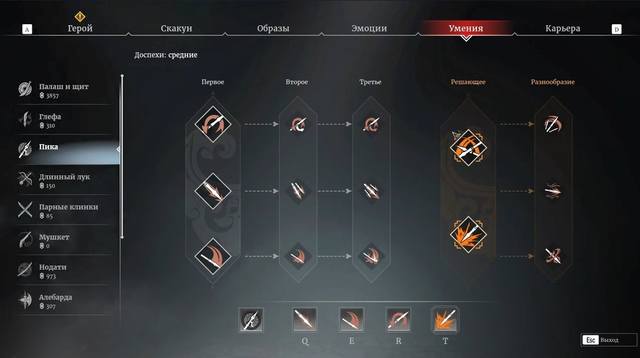 The skill is designed to quickly retreat back. After being used, the hero jumps up and deals damage to nearby enemy units. Thanks to this, you can safely break into the boxes and the defensive formation, carry out combined attacks and roll back. At the same time, the ability allows you to remove the stun, which is very important at critical moments.

The ability can be activated three times in a row, a few seconds after the first activation is applied. The first activation allows the hero to jump 5 meters back, inflict damage on enemy soldiers by knocking them back and remove the stun.

On the second activation, the hero scares you 6 meters back, strikes with a swing of the “Pike” and knocks back enemy soldiers, and also removes the effects of stunning. In addition, the hero receives additional bonuses to all types of armor penetration damage for a few seconds. 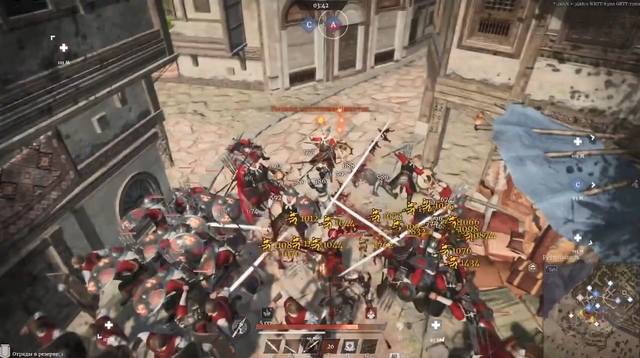 The third activation allows the hero to jump back 8 meters and remove the effects of stunning and knockdown. And in addition, the hero gets a positive effect to the speed of movement for a few seconds.

The River Dragon ability is designed for swift attacks of enemy fighters who are at a short distance. Ideally used to finish off enemy heroes who are retreating. For effective use, you will have to get used to and learn to guess the direction, if you miss, then the hero will simply fly past the enemy hero. As a result, this ability will be useful only with a well-aimed hit. 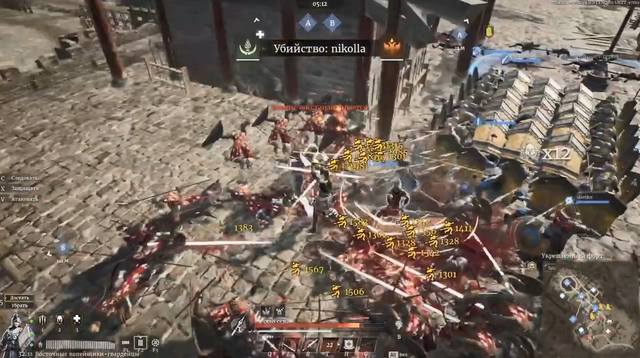 After using an enhanced ability, you can complete the combo attack with the River Dragon ability. The hero rushes forward 5 meters and attacks enemy fighters by throwing them up, the attack ends by knocking back enemy heroes.

The ability “Heavenly Claw” is designed to scatter boxes and formations of enemy units. Since after using the “Heavenly Claw” the hero scatters enemies in different directions. 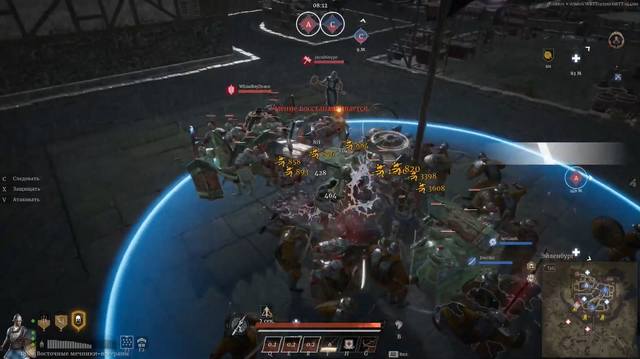 The ability can be activated three times.  first time the hero attacks enemies and knocks them back. The second activation allows the hero to jump up and damage enemies and knock them back. On the third activation, the hero can spin the Pica in one place and inflict damage in a radius. After the attack, enemy fighters are knocked down, and enemy heroes are thrown back.

The ability allows you to make direct attacks on enemy fighters, toss up and knock back enemy heroes. And also removes the negative effects of stun and knockdown. 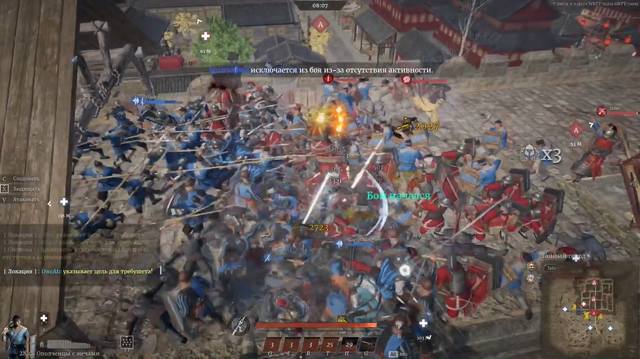 In our opinion, the improved ability “Ice Dragon” is the most optimal for use in battles. Since it is capable of inflicting damage on several enemy fighters and does not need to aim at all. “Pike” makes a swing and all targets within the range are damaged. And at the end of the attack, you can choose any of the available standard abilities.

After using the “Green Dragon” ability, the hero rushes forward with the “Lance” exposed and impales the enemy hero. The attack cannot be blocked. ability can be enhanced, for this the hero temporarily freezes in place, spends energy, and then makes an attack. 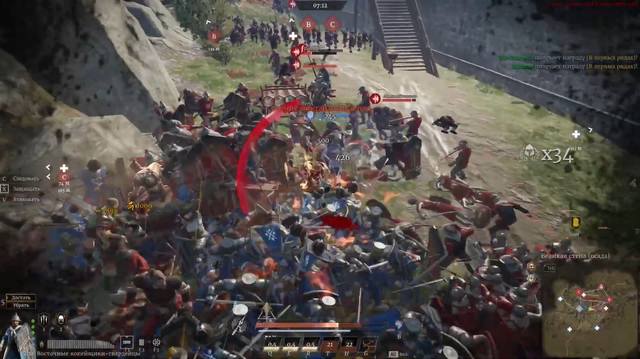 The more time spent on charging the weapon, the stronger the attack will be made and the further the hero will run. At the third stage of charging, over 1 second, the hero will be able to run about 8 meters and inflict 3,697 damage and 293% of piercing damage.

Conclusion on the weapon “Lance”, in the game Conquerors Blade.

The developers have tried very hard in the development of the weapon “Lance” and introduced into the game a fairly suitable weapon. Which is able to control enemy heroes and effectively fight enemy units, including persistent formations. True, you have to tinker with armored targets. 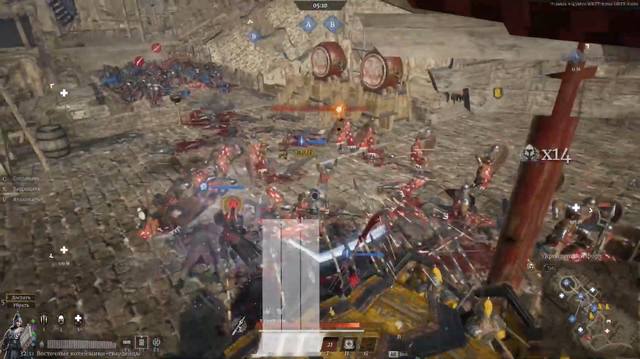 Nevertheless, there are no problems with the survival of the weapon “Pike”. You just need to use the abilities correctly and activate them in time. In case of a critical situation, you can use the ability “Path of the Dragon” and jump behind the backs of allies.

The result is an excellent weapon. Thank you for your attention, add to social networks and good luck on the battlefields.