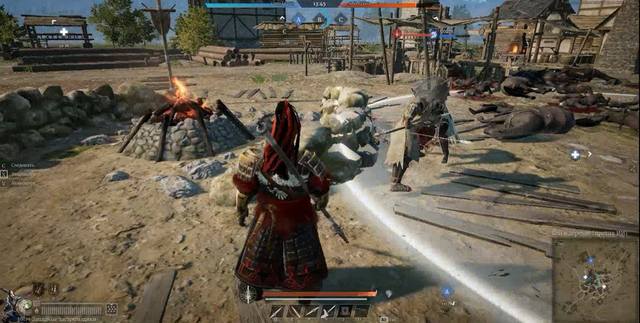 About the features and disadvantages of “Spear” in the game Conquerors Blade.

The weapon “Spear” attacks enemies in melee with a certain distance. This allows you to attack without taking damage if you are behind the backs of allied units. However, when the ability is activated, the hero still begins to move forward himself, which leads to receiving damage from the enemy.

In protracted battles and holding positions, you need to choose tactics one step forward and two back. Since the hero is limited to medium armor and light armor. Taking more damage will not work, and enemy heroes can win. Based on this, the more appropriate tactic is to support and choose the right moment. 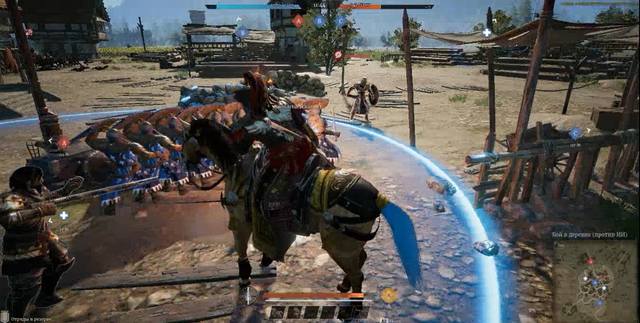 The main advantage of the weapon is mobility, the character moves quickly across the battlefield. And his horse is endowed with an additional attack ability. When activated, the hero on horseback gains speed and begins to quickly attack enemies. From some point of view, the weapon “Spear” without a horse anywhere.

About pumping a hero with a “Spear” weapon in the game Conquerors Blade.

Basically, great pleasure is given by the speed of movement and fast attacks. The modest damage against armored soldiers is disappointing. The main damage is done with piercing damage, even abilities are sharpened for piercing damage and penetration. True, there are some abilities that do slashing damage. 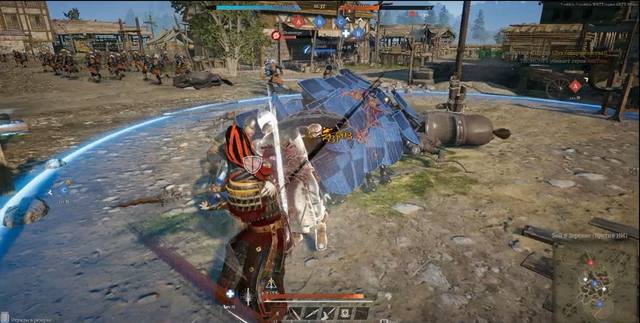 Based on this, the main parameter for pumping the hero is “Dexterity”. You can pump a little “Strength” – this will allow you to inflict slightly more damage on armored targets. But it is not worth focusing on difficult goals, since the hero’s strength will not allow him to survive for a long time. And it just doesn’t make sense to pump other parameters if you slightly raise your health reserve.

It is important to note that the Spear weapon has abilities that allow you to use the same skill twice. After using it once, you can immediately activate a second attack. As a result, the hero with the “Spear” weapon on the battlefield looks like a dancer. 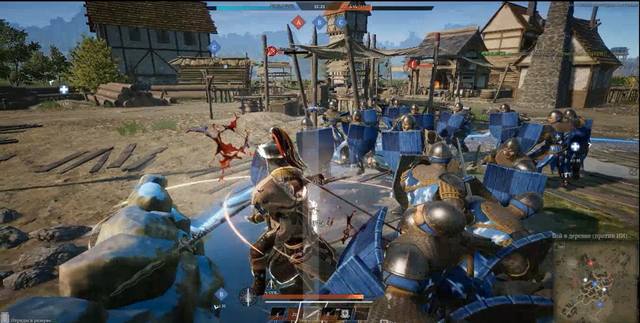 For the spear, skills are designed that can cause a lot of damage in a short period of time. Thanks to the long arms, a large number of enemies can be hit. All skills are quickly activated and produce a series of quick attacks for a certain period of time. In general, the abilities are decent, but it seems that the weapon is weak.

At the third level, the hero deals 134% of the base piercing damage and an additional 1594 points of piercing damage. The skill is endowed with several additional effects, which makes the ability very attractive.

The first effect reflects flying arrows at the hero. The second effect allows you to put the hero on his feet in the event of a stun. The third effect increases the chances of armor penetration by 2% per hit, up to 10 times. It also reduces incoming damage by 2%.

This is one of the few abilities whose damage is repelled by slashing indicators. When used, deals 61% of base slashing damage and an additional 953 damage with slashing attacks. Such indicators are available at the third level of pumping. The ability allows you to activate twice, and the repeated attack deals the same damage.

It has an additional effect the same as that of Relentless Sting. Increases armor penetration by 2% and reduces incoming damage by 2%.

This ability is somewhat reminiscent of javelin throwing, only the hero throws this javelin with his foot. He tosses the spear into the air and then kicks it. In this case, all enemies that are at a certain distance receive damage.

With this ability, the hero can deal 153% of the base piercing damage to the enemy and an additional 2253 points of piercing damage at the third level. Ideally designed to reduce the opponent’s block, as it has such an effect. 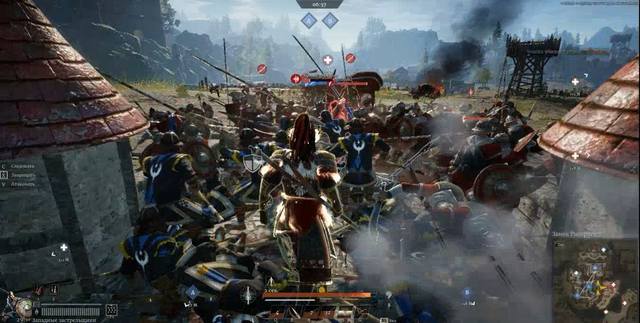 This ability deals slashing damage by 76% of its base stats and an additional 1178 damage. You can use the ability two times. These indicators are available at the third level.

At the moment, the “Swoop” skill is the only one for the “Spear” weapon, where one ability combines three types of damage at once. It is chopping, penetrating and crushing. As an additional effect, the enemy hero or target is knocked back.

This is another ability that allows two attacks in a row. And the effect that increases the defense of the hero by 2% with a decrease in the damage of the enemy by 2%. The effect stacks up to 10 times and lasts for 6 seconds.

Ideally, this ability is best started first when attacking an enemy hero who starts attacking. Since it will not be possible to repel the “Slide Shot” attack. In addition, the Navy can be activated twice, almost at the same time. 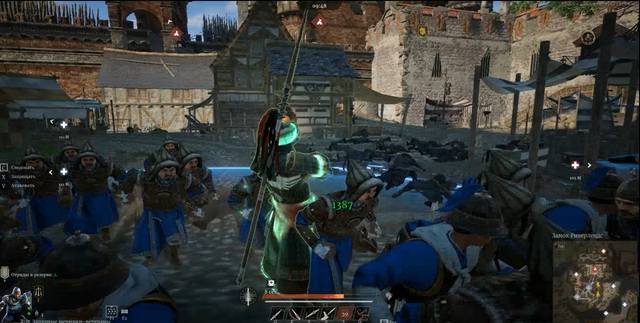 When used, the hero lunges, dealing 61% Piercing damage and 901 additional damage. On the second attack, the hero begins to rotate the weapon and deals slashing damage in the amount of 153% of the base indicator and an additional 2253 damage units.

An additional effect of the skill is an increase in armor by 2% for each hit up to 10 times and a decrease in damage by 2%. The effect lasts for 6 seconds.

The decisive abilities of the “Spear” weapon, in the game Conquerors Blade.

The hero can deal a large amount of damage to the enemy hero, in the amount of 583% of the base penetration and 10588 units of additional damage. The only drawback to the skill is the ability to dodge the enemy from the attack. Because of this, the use of the skill becomes inappropriate. Works well when throwing boxes and this is probably one of the reasons why it makes sense to take on the battlefield.

An additional effect increases the hero’s defense by 2% and reduces the enemy’s damage by 2%. Within 6 seconds.

Perhaps this is the most suitable skill of the decisive one, since the enemy hero cannot dodge an attack. And almost the entire attack is complete.

After being cast, the hero jumps up with a spear and flies forward like an arrow. Enemies take 134% of base Piercing damage and 1594 additional damage. 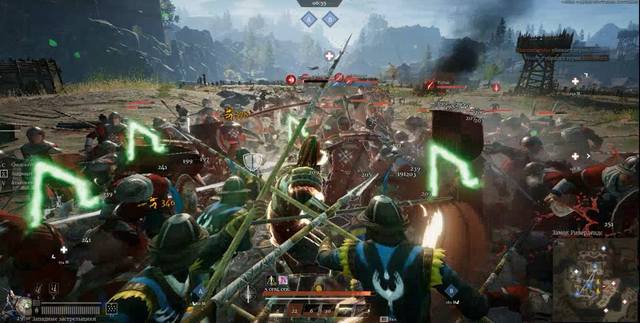 However, there are several additional effects that make the ability very attractive. The first feature allows you to deflect flying arrows. The second removes the effects of the shell shock and raises the hero to his feet. The third feature increases armor penetration by 2% and reduces damage taken by 2%, can stack up to 10 times. The third effect lasts 6 seconds.

Conclusion on the weapon “Spear”, in the game Conquerors Blade.

Despite the weak armor for close combat, and this is light and medium armor that does not allow you to stay under the onslaught of the enemy for a long time. Weapon “Spear” still has good points and is able to repulse enemy fighters. It is important to use careful tactics and work from the support of allies, so you can last longer on the battlefield.