In the game Conquerors Blade there are about 11 variants of weapons with different sets of skills or abilities. Moreover, each weapon is designed for a different use of tactical maneuvers. Competent use in combat can bring the player and his team victory, and after that, valuable rewards. 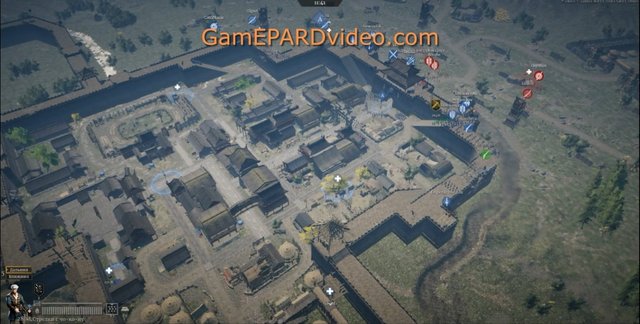 About the features and disadvantages of “Musket” in the game Conquerors Blade.

The Musket weapon is long-range, but not the best in attack range. The striking distance to the enemy unit is approximately the same as with the Shortbow weapon. The difference is in the rate of fire and combat power, as well as in tactical use. The advantage of the “Musket” is good armor penetration and normal one-time damage per shot.

A character with a Musket in his hands is quite mobile and wears medium armor. Movement speed is not as fast as with other ranged weapon classes, however it is at a normal level. In case of danger, the hero can manage to get away from the enemy attack to a safe place.

The Musket is the only ranged weapon in Conquerors Blade that is equally effective against different classes of heroes and squads of enemies. Abilities allow you to scatter well-fortified enemy unit positions such as boxes. Thanks to this, the hero is effective in breaking through the flanks and leading offensive operations.

With the existing good advantages, “Musket” has disadvantages. One of these disadvantages is the long reload time after firing. It works like this, the hero finds the target, shoots and you need to move back a certain distance to reload the weapon. Then aim again and follow the same procedure. At the same time, this does not affect the comfort of shooting, since the bullets hit almost instantly. 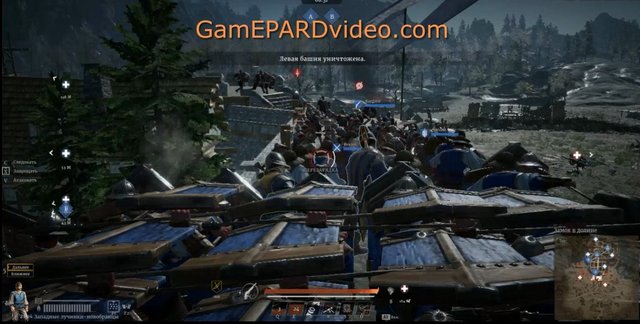 In close combat, you can strike with the Musket handle. True, the damage is extremely small, that even ordinary soldiers in the squad do not receive much damage. A punch with a handle is more used to push the enemy fighter away from you, and not to inflict damage.

In general, there are few shortcomings in the “Musket” weapon, so it will boldly suit a beginner at the beginning of the game. Even at the stock level, it is possible to provide decent resistance. At the same time, pumping the hero is simple and at the beginning you can safely pump “Dexterity”.

About pumping a character with a “Musket” weapon in the game Conquerors Blade.

As mentioned above, the main focus in the hero’s leveling is “Dexterity”. But, this approach to pumping is best done up to level 40 of the character. Since the abilities of the “Musket” weapon begin to require pumping “Strength”, some abilities deal bludgeoning damage. And the standard bludgeoning damage is no longer enough, due to the appearance of more advanced units on the battlefield.

After about 20 – 25 level of the hero, it is advisable to distribute a few points for “Strength”. And pump in a ratio of 1 to 2, one point to “Strength” and 2 points to “Dexterity”. Can be changed to 2 to 1, spend 2 points on Strength and one point on Agility. In terms of health, you need to decide for the player himself and build on how often you have to meet with enemy heroes face to face. 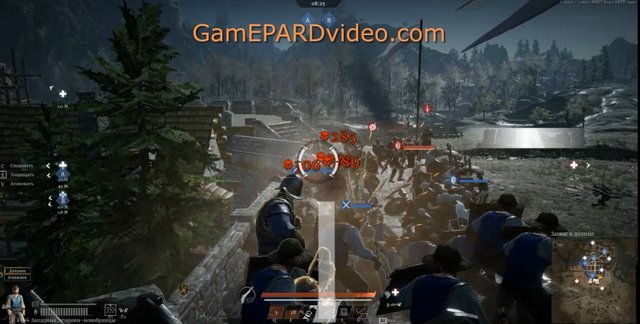 Endurance will increase your health, but you should understand that the “Musket” is a ranged weapon and close contact does not happen often. Therefore, the health reserve has an important role and you do not need to pump a lot, about 5-10 points. This way you can increase the character’s survivability on the battlefield and defend against the enemy hero with the Longbow weapon. In this case, the likelihood of defeat will be less.

About the weapon skills “Musket” in the game Conquerors Blade.

A hero with this ability can hit multiple targets within range. In this case, the “Fire Bomb” itself is thrown at a distance from enemy targets. The Fire Bomb deals 89% of blunt damage and 222 additional bludgeoning damage. In addition to having damage, “Fire Bomb” deals fire damage to enemy units for 3 seconds. Affected units can retreat slightly when an explosion occurs.

We recommend that you upgrade and take it with you to the battlefields. Since you often have to fight with enemy troops. And, perhaps, the weapon “Musket” is designed to fight enemy units from a safe distance.

When activated, the hero can throw thorns at a certain distance. Spikes operate in a small radius, where all enemy fighters and heroes that hit get a speed penalty by 50%. Sharp spikes work for 5 seconds. They can cause bleeding, but the main purpose is to slow down enemy fighters. We do not recommend pumping at all.

This ability is designed to quickly dodge enemy attacks. After use, the hero jumps back and frees himself from the imposed targets. It is used extremely rarely in the case and in the early stages of the development of the “Musket” weapon. Since the weapon “Musket” already hits targets at a distance, it is extremely rare to jump back. 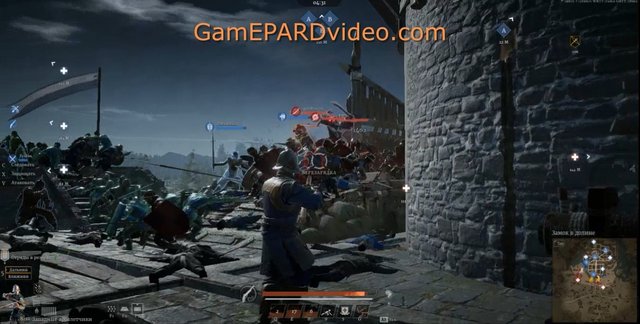 This ability works on close contact with an enemy hero or his troops. When activated, the hero kicks at the enemy’s legs and deals 222% of base bludgeoning damage and about 611 additional damage. The last blow knocks the target down. Given the type of weapon, close combat is rare.

It is generally not recommended to allow close contact for this ability. Since enemy heroes can activate their abilities, which can deal significantly more damage. And it may not always be possible to retreat in time. We do not recommend taking into battle.

The ability allows you to quickly reload the weapon for a shot and inflict additional damage by 16% for 6 seconds. It is worth pumping and taking into battle. We recommend using it after the shot has been fired and before using other abilities.

The tactics of use are approximately the following, a normal shot at the enemy, the ability “Fast reload”, the ability “Buckshot volley”, and then use bombs and finish the set by reloading the weapon. You can change and launch bombs after “Quick Reload”, and then “Buckshot Volley” and go to reload. 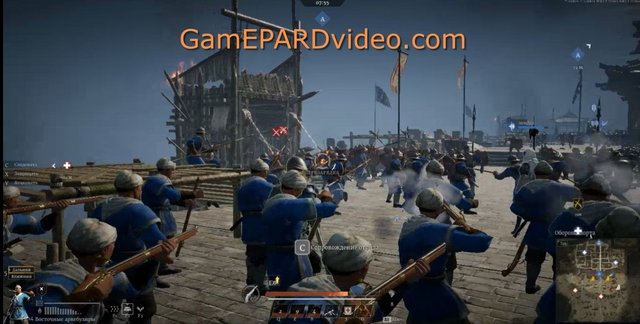 The ability works well at medium ranges and is capable of hitting multiple enemy units. If you are very close to an enemy fighter, then all the bullets fired can hit one target. And this is already a decent one-time damage. We recommend that you upgrade and take it with you to the battlefields.

Improved abilities can also be pumped in the development tree. But they require an additional resource in the form of special pages from the diary. Such drops are extremely rare and you can get them by performing special tasks. Therefore, it is recommended to spend them for their intended purpose and choose

It is a very effective weapon that is comparable to a cannon shot. True, the flight distance is much shorter. Throwing a grenade deals 710% of base bludgeoning damage and an additional 2662 bludgeoning damage to enemy units. After contact, enemy fighters are thrown into the air, but only works for units.

We recommend pumping, as the ability is very effective against all types of enemy fighters. For better use, we recommend pumping bludgeoning damage to the character in order to increase the damage indicators of “Grenades”. 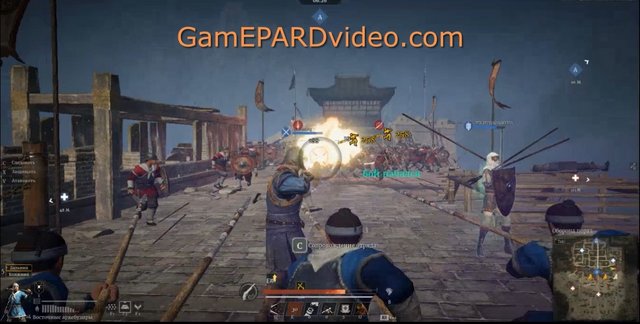 The ability resembles a machine gun, which can deal damage in a straight line of fire. The character takes a position and fires a burst of several shots. The ability deals 30% of base piercing damage and an additional 998 points of piercing damage.

We do not recommend pumping this ability, since there is no special sense. The damage is not significant, moreover, it is not convenient to use. The character after the use takes a motionless position and this makes him vulnerable. Another drawback is shooting in a forward direction, and enemies can move away from the line.

Conclusion on the weapon “Musket” in the game Conquerors Blade.

This type of weapon is ideal for beginners. Since it allows you to understand the game at the beginning and calmly evaluate the ongoing battle. Thanks to ranged attacks, the character often survives in battles and takes the second row when attacking or defending. An excellent weapon with cool abilities that allow you to inflict area attacks and hit a large number of opponents. 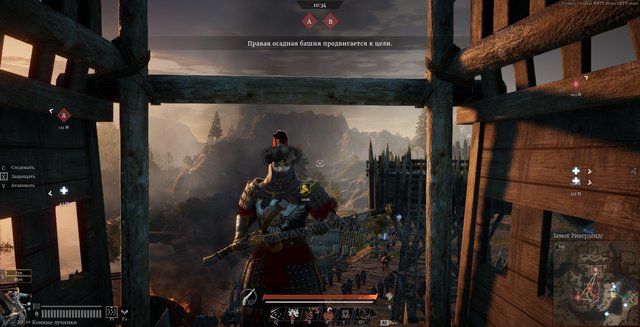 Controlling the squads is also not a very simple task, but the character with the “Musket” will not be very difficult. Since the second row allows you to assess the situation and less distracts from the battle process, as in the first rows.