In World Of Tanks, the developers sometimes release game events with unique special game modes. And one of those modes is “Steel Hunter”. Players have the opportunity to fight on rare and special tanks that are intended only for the “Steel Hunter” mode. The uniqueness is not only the tanks, but the gameplay itself.

In the “Steel Hunter” game event, players can fight other players. And in the process of a game battle, pump your war horse, that is, a tank. To pump modules for a tank, you need to collect supplies and cargo dropped from a cargo plane on the territory, which can be located in different parts of the map. And also inflict damage on opponents and collect trophies from them. 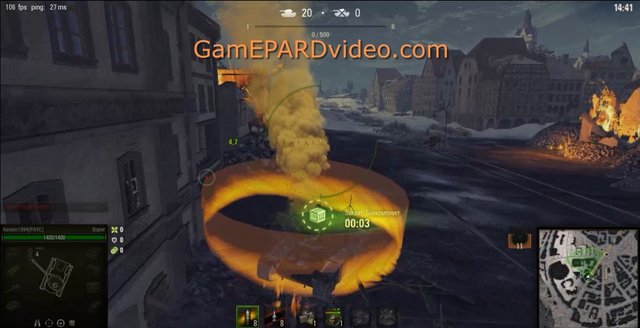 Each tank in the “Steel Hunter” has its own special qualities and advantages on the battlefield. At the same time, the type of tank, or rather its nationality, affects the manner of the game. The important moments in the victory are the pumped modules, from which the tactics of the battle can change. To hold out and get into the top three fighters, you will have to study the strengths and weaknesses of the existing tanks.

About the features of the Varyag tank in the game World Of Tanks.

The Varyag tank belongs to the Soviet Union and is a heavy class with a medium tank mobility bias. Depending on the leveling, you can choose further tactics, but in most cases this is the first row, playing with horns. In close combat on a Varyag tank, you feel comfortable with a pumped state.

The beginning of the battle may turn out to be not very successful if two opponents are caught. Therefore, we are trying to collect supplies in order to have time to pump up to level 4. Since the tank has a choice in weapons, and this is a small guarantor of victory. With a stock cannon, you can also repulse opponents, but the battles are difficult and there are ricochets. 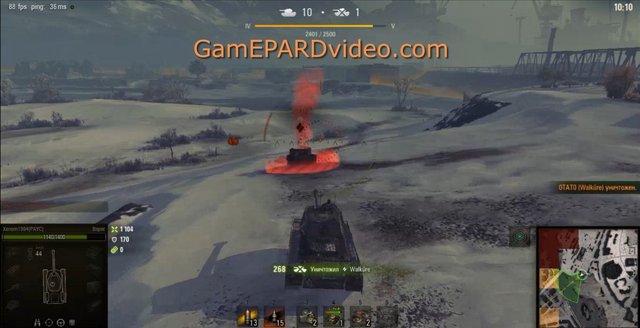 The Varangian is equipped with good reserves that help them survive in battle. Mines noticeably immobilize the enemy tank and provide comfortable aiming at weak points on the hull.

Watch the video with the Varyag tank pumping

Abilities of the Varyag tank in the game World Of Tanks.

When activated, it becomes possible to select the location of the scattering of tank mines. When an enemy tank hits a mine, the caterpillar will fly off and take damage. The main function of the installation is to immobilize the enemy, and causing damage is already a secondary task.

Allows the player to repair a damaged tank even while under enemy fire. A very cool ability that often saves in difficult times. The tank becomes a dangerous vehicle on the battlefield. 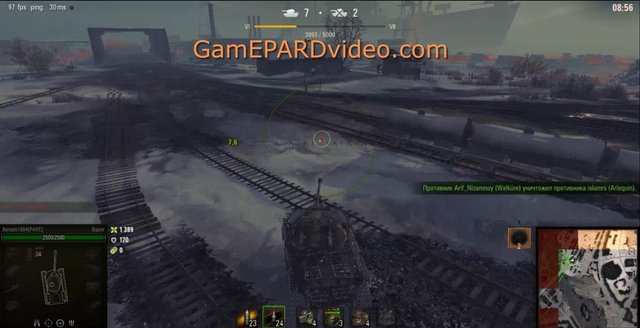 Varyag has good armor, very often the damage does not go through. This makes the tank a good competitor against the background of other tank classes.

In most cases, the shot will damage the enemy tank. But there are ricochets and shots without causing damage. Overall, the gun is very good.

At the beginning of the game, the Varyag moves at the speed of a medium tank. As the pumping progresses, the speed and maneuverability of the tank decreases, depending on the selected engine. Poor mobility plays into the hands of enemy tanks, some are able to twist and inflict multiple hits. You have to choose an urban area and not go out into the open.

It is difficult to say whether the radar is the tank’s weak point, since there are no big problems. The radar also shows supplies and enemies, the quality may be reduced, but not significantly.

Recommended tactics for leveling the Varyag tank in the game World Of Tanks.

In the process of pumping, you need to accumulate reserves and use in extreme cases. If an enemy tank is encountered at a distance of mine spread, then it is better to use it and not save. Since in this case it will be possible to defeat the enemy and get valuable reserves from the wrecked tank, as well as experience for pumping.

The final version has two types of pumping, for strength and armor. Durability points are a good thing, but in reality they don’t look very effective. Although in some cases even the IS-M type armor with the KV-4 turret may not be penetrated. A tank with a turret in the rear is capable of playing well with a diamond and this must be taken into account. In addition, the tank seems a little more mobile. 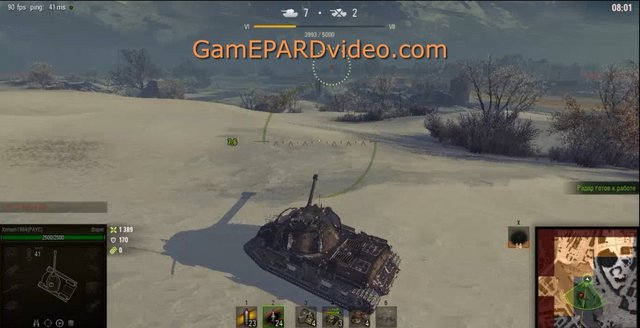 And here a controversial question already arises, why then pump the tank for strength. The fact is that not all players at the end of the game use cumulative shells and shoot armor with ammunition. However, experienced players will likely use HEAT projectiles towards the end of the game.

Varyag in a pumped state is similar in strength to the IS-3 tank with an unusual turret and screens. Such armor is difficult to penetrate for most players on different tanks. In comparison with the German Valkyrie, the Varyag is noticeably lower. This gives an advantage in close combat, as the Valkyries have to aim at the hatches. And the Varyag calmly dismantles the Valkyrie into the cheeks of her tower.

In battles with other classes of tanks, it is better to be closer to buildings and obstacles in order not to allow the tank to spin. It is advisable to try to attack with frontal armor, ricochets at you may be enough.

Watch the video with the Varyag tank pumping

At the beginning of the game on the Soviet tank Varyag, you just need to drive and collect “Supplies” on the map. In this case, there is absolutely no need to engage in a firefight. Since this takes up extra time and shells, which are not very many. In addition, stock indicators do not give great guarantees of victory, and in a bitten state it is more difficult to hold out until the end of the game.

The most interesting thing starts at level 4, when a choice of weapons appears in the arsenal. Players are presented with a choice between a double-barreled gun and one-time damage. We recommend pumping “One-time damage”, since in this case there is a high probability of demolishing a decent amount of strength points from the enemy. A single shot from a level 4 cannon can remove about 410 HP.

And even though the gun takes 7.6 seconds to reload, it looks pretty decent. Conversion speed is modest and at a great distance you have to wait a long time for an aimed shot. The weapon is more suitable for a distance closer than average. But if you hit, you can get a good amount of points.

You have to decide on a difficult choice in terms of increasing strength points or increasing armor for the hull. In our opinion on the battlefield, the best option for the Varangians would be to opt for increased armor. Since it allows you to restrain enemy shots much more often than when choosing to increase the strength. And this allows you to gain time and stay longer in the fight against enemy tanks.

This time we are given a choice in terms of pumping the turret for the Varyag tank. And also two options are given between increasing strength and increasing armor. In this case, everything is obvious, it is better to pump the tank for strength and thereby reduce the silhouette of the tank.

The armor of the tower comes from the Soviet tank “Object 250-4”; this is a fairly strong tower with screens on its cheeks. And the frontal booking is 210 millimeters. With such armor, it is comfortable to fight at a very close distance from an enemy tank. And it is worthy to compete with the German Valkyrie.

At level 7, a choice of 3 types of weapons is given. And if you pumped the branch to increase armor, then you can choose between an increased reload speed and a double-barreled gun. By choosing weapons, they increase armor penetration and one-time damage. Our pick and recommendation is Reload Speed, as good one-time damage and penetration is essential. You can decide for yourself in terms of tools.

Conclusion on the Varyag tank.

Of the two options for pumping a Varyag tank, both can be good. Tat all depends on what kind of enemy is caught on the battlefield and how you control your own tank. Both layouts have their own chips and tactics of the game. Of course, towards the end of the battle, the gun is loaded with improved projectiles, which allows it to penetrate thicker armor. But even in this case, ricochets occur and the armor does not break through. So stick to the recommendations, but refer to your own experience. Good luck on the battlefields.