Empires of the Undergrowth is an ant colony real-time strategy game from the developers of Slug Disco Studios. In the game, you can build buildings in which you can hire ants and other technical buildings. And at the moment in 2020, the developers are positioning the game as early access. New updates are gradually added and problematic points are being finalized.

You can play the game as a spider in the main menu of the game. The game icon is in the main menu splash screen, on a table with a terrarium in the form of a gift box. You need to click on the white box to start the survival mode for the spider. 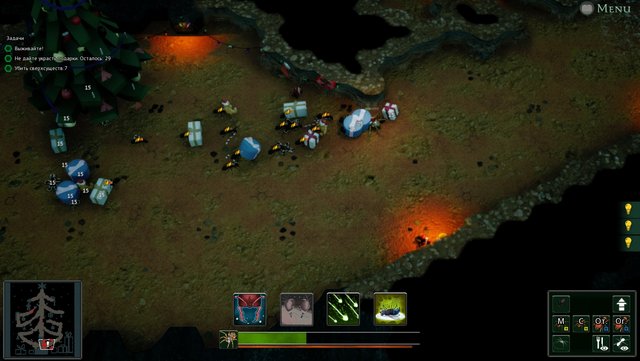 The game also contains gift mechanics of survival for a spider insect. In which players can take a completely different look at the game. To pass in survival, the player will have to control one spider, which protects its nest from ants and insects.

It will be possible to observe what is happening from the top. And to help the brave spider, the construction of protective buildings will be available. Some of them, the same ants, are only chained to one place and can temporarily detain enemies.

You can only control one spider, even when building a web in which another spider is present. The installed web works in an automatic state, when enemies approach, a spider runs out of the nest and drags one small enemy into the web. But when large opponents approach, the spider sits in its nest. In this case, you will have to run with the main spider to repel the attack.

The main spider has a system for pumping his skills and abilities. All installed buildings can be pumped by increasing the level of the protective structure. Defensive structures will have increased characteristics and increased damage, and more spiders can be in the web. 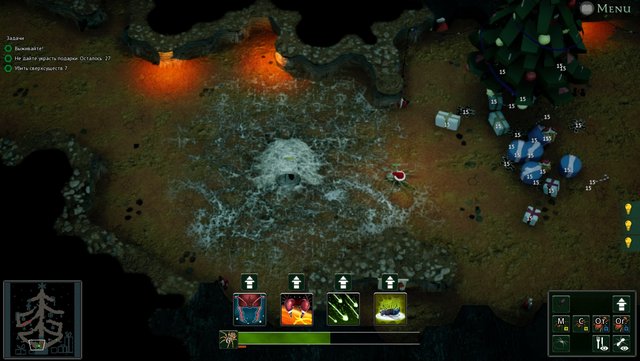 About the spider’s abilities in the game Empires of the Undergrowth.

The spider has 3 active abilities that can be improved and increased their effectiveness.

The spider spits out poisonous saliva upon use. The saliva that falls on the ground forms a puddle that deals damage in a small radius for a certain amount of time.

Effectively used when enemies are passing the web and are close to each other. The ability is very useful when attacking strong attacking enemy insects.

An activated ability that hits enemies from a distance. After use, slows down enemies and increases poison damage by 20%.

Better to level up first, as the pursuit of stolen gifts can be difficult. And if you do not pump it in the first place, then most likely a few gifts will be taken away on the first wave.

The spider can replenish health by eating insects. A very important and useful function, since due to health, the spider can build protective structures. In addition, health gradually decreases, and the full scale of health is replenished only after increasing the level.

The spider can build defensive structures at the expense of his health. Health increases in two ways. One way is when leveling up, and the other is when eating insects. In this case, ants are not included in the spider’s diet.

Construction unfolds a spider web with a spider inside. A living spider in a web can attack small opponents and take them into the web. When large insects attack, the spider sits in its nest and does not come out. You can increase the level of the web, increase the number of living spiders and other characteristics. Stats increase automatically with increasing web level.

The tower looks like an ant thrower that deals howitzer damage from a distance. At the third level, it can already deal damage in the area. Costs 200 health.

Better to set up the structure behind the web. In this case, the allied ant can hold out longer and cause more damage to enemies.

It looks like an ant – a fast-gunner that inflicts quick attacks on one enemy. At the third level, it can deal slowing attacks. It is advisable to build a structure behind a web. The cost of the building is 200 health units.

The tower looks like a leaf cutter ant. The main tasks are to restrain enemies, at the expense of a large amount of health. After pumping to the third level, the tower can restore health and take less damage. The cost of construction is 400 spider health. 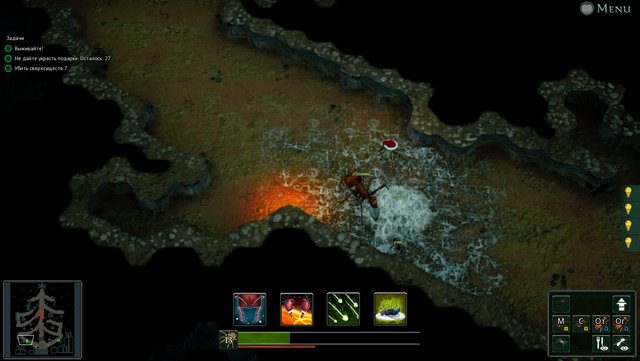 It is advisable to build in the first row, behind the cobwebs and shooting towers.

Serves the same function as the Distraction Tower. The stun tower can stun enemies and has good health at the third level. The structure costs 400 health points.

Construction is possible in the same way as the construction of a diversion tower.

A very interesting and entertaining mini-survival game that can help pass your free time. You can start the game only after installing the full version of the game. And so it would be very good if you could play through the browser.

That’s all, add our site GamEPARDvideo.com to your browser bookmarks or subscribe to social networks so as not to get lost and do not miss new articles. We hope the information was helpful.

Thank you very much for your interest in our site!