They relate to hired people who, prior to joining the service, were looking for various adventures and problems. Later acquired new combat skills. After coming to the service of the empire, they were appointed to defend the Western borders and were paid silver for work.

When managerial problems began in the empire, mercenaries were offered to give land and titles for work. But the Vlandians did not limit themselves to peasant buildings and built fortresses on their settlements. And when the empire began to disintegrate, they managed to keep their lands under their control and flag.

The best army of “Wlandia”.

In the detachment of this infantry there are 16 fighters who have a good defense indicator of 41 units. The detachment can feel confident in the forefront and take on the first enemy attacks. Well effective against enemy infantry. 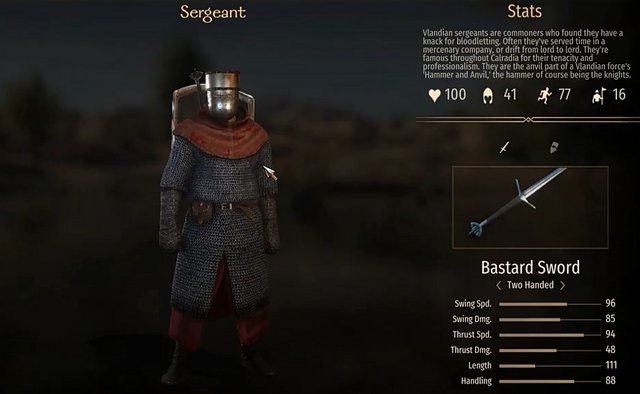 The best equipment in our opinion is the “Bastard Sword”, so gives the “Sword” with a decent one-time damage of 85 units. And the Shield, which protects against melee attacks.

This type of troops can hold the flank well while defending and pushing through enemy fortifications. Since there are good protection indicators of 41 units. Basically, their role is to protect archers and crossbowmen.

Despite the ranged class, this type of troops can be multifunctional. Since there are good defense indicators and can be equipped with good melee weapons. In addition there is a “Shield”. A squad can have up to 9 fighters.

In picking “Improved Armor” fighters can have three types of equipment “Crossbow”, “Shield”, “Sword”. “Shield” has 180 points of strength and protection in 15 units. Crossbow deals 85 damage and has 20 arrows. A “Sword” deals damage in 67 units. 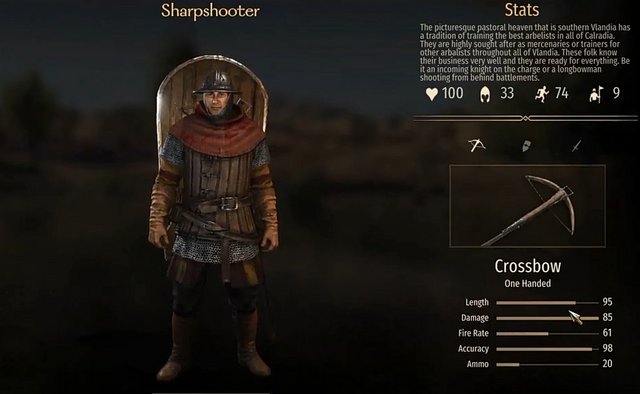 This equipment is standard. And if in tactics the main points are attacks from a long distance, then the equipment will work just right.

Options “Bastard Longsword” allows you to equip fighters “Sword”, which deals a one-time damage of 81 units. At the same time, protection indicators are reduced to 24 units. You need to install if the fighters engage in close combat. But, due to the small number of fighters in the squad, it’s not worth recruiting.

Options “Arbalest” gives an improved “Crossbow”, which deals one-time damage of 95 units. At the same time, protection indicators are reduced to 24 units. With this weapon, it is easier for them to cope with protected enemy fighters.

This cavalry has one of the best defenses among other factions. Up to 7 fighters can be in the squad, and defense indicators are 50 units. If you complete “Improved Armor”.

In picking “Improved Armor” is better to leave, as it does not reduce protection. Consequently, fighters are more resistant to damage and will last longer on the battlefield. Another reason to maintain defense performance is in the small number of detachment of 7 fighters. 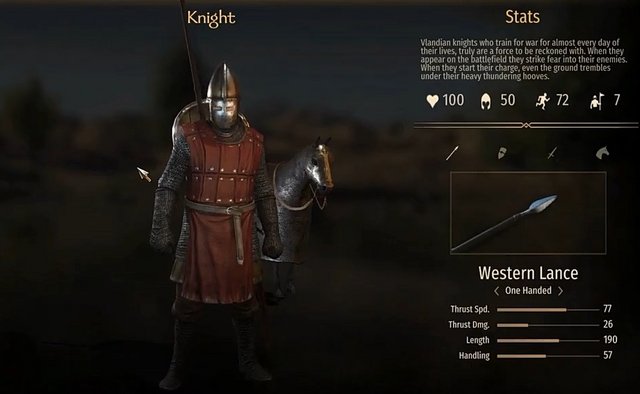 This equipment provides three types of equipment and an armored horse. From equipment it is “Spear”, “Shield”, “Sword”. “Sword” deals damage in 65 units, which means its targets are ordinary infantry and ranged fighters. Spear deals 26 damage. “Shield” has a strength of 120 units and 15 units of protection.

It can be used as infantry support and defense of the allied long-range battlefield. It can also be used to break through and attack enemy ranged fighters. Against enemy infantry, melee combat is best used in support with allied infantry.

They are the people of the Hergit Khanate. Initially, they worked for the Calradians and did all kinds of work. Once they were tired of obeying and after the unification of several clans attacked the imperial territories. At that time, the imperial army was unable to hold onto the territories in which the trading cities were located.

When creating this faction, Turkey, Pechenegs and other peoples with nomads were chosen. The main emphasis is on ranged fighters.

The best fighting fighters is.

The best kit is “Improved Armor”. In this case, the fighters receive protection of 32 units and three equipment “Sword”, “Shield” and “Spear”. Sword deals 56 damage. “Spear” deals 118 damage and it is possible to throw it at the enemy. But it’s not suitable for throwing weapons, as there is only one spear unit in stock. 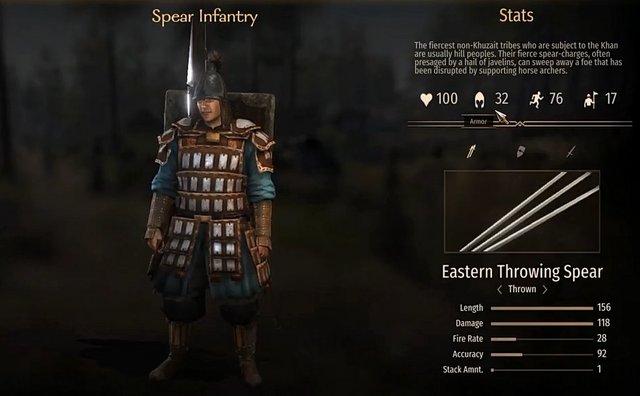 The soldiers are suitable for work on the first flank and the fight against enemy cavalry. At the same time, covering the second row of ranged fighters. And in the detachment there are 17 units of fighters.

When choosing a complete set, you need to proceed from how they will be used. On the one hand, they can have a good two-handed weapon, and on the other hand, a good improved Bow. There are 9 fighters in the squad, so the choice of weapons makes a lot of sense. 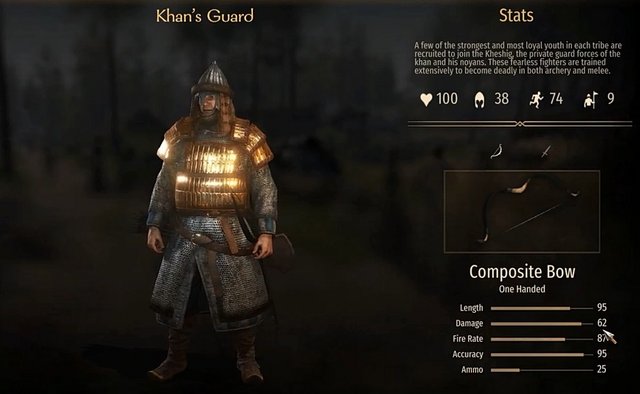 Considering that there are only 9 fighters in the squad, the Strong Recurve Bow has become our choice in terms of equipment. Since the fighters receive an improved Bow, which allows you to inflict damage at 62 points per shot. In stock there are 25 arrows. And the “Sword” with 56 damage.

These fighters will feel good on the second flank due to the small number of soldiers in the squad. The armor allows you to last longer in battle, but it is better to use them in close combat on the remaining enemy fighters.

These units can be completed in several ways. But due to the fact that there are only 7 soldiers in the squad, the Hunting Bow kit is better. Since in this case, the fighters get the “Bow”. Protection of fighters is 30 units, and health indicators are 100 units. 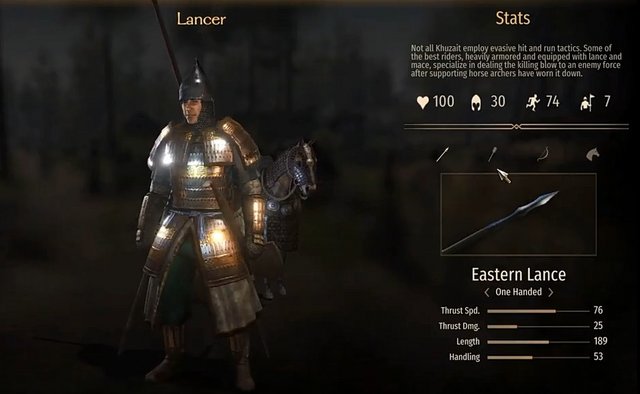 This type of fighter can well be used in pushing the defense against ordinary infantrymen and enemy archers. Since there is good protection and normal weapons. Of course, it is better to apply them to enemy archers, since there are not many soldiers in the detachment.