After the death of the emperor, there was no heir left and the mighty empire split into several parts Western, Southern and Northern. These main sections of the territories were led by people who were already under the emperor. But they did not want to put up and be under the same flag.

When developing a fraction of the empire, the developers were inspired by the Byzantine Empire and the Roman Empire. And relying on the available troops of that time, they were able to convey to the players an approximate appearance.

This type of troops is the best among factional units. Since his defense is 50 units, and in the squad there are up to 16 fighters. Able to take on the first enemy attacks and defend the second row for a while. 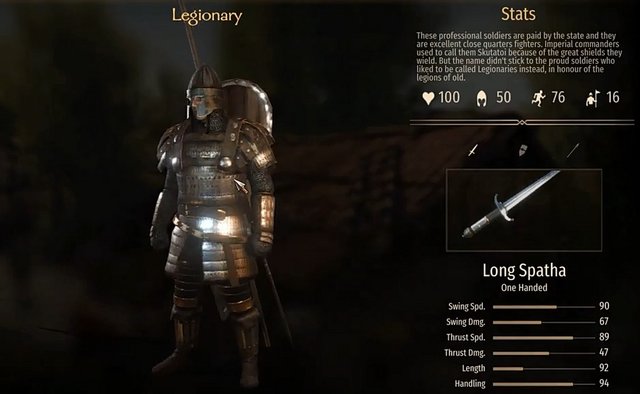 The best equipment is “Improved Armor”, which allows you to equip fighters with three equipment. “Sword” with the ability to deal one-time damage of 67 units. “Shield” with 160 strength and 15 defense. “Spear” with damage of 29 units to combat the enemy cavalry.

On this basis, fighters are able to be on different flanks and fight with any enemy warriors.

For their ranged class, they have a decent defense of 32 units and there is the ability to equip with a good spear. There are 10 fighters in the squad, and so melee weapons fade into the background. The main purpose is to attack from a distance. 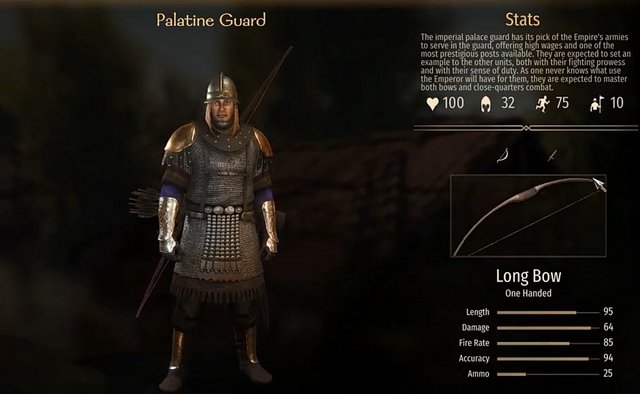 In our opinion, the best kit is the “Long Bow”. Since there is a “Bow” with the ability to deal one-time damage of 64 units. And this is a very important indicator for a ranged fighter. In the case of close combat, he can hold out for a long time at the expense of his defense.

The game can be considered a typical tank. Good protection is not only for the fighter, but also for the horse, which gives them confidence to feel in any direction and with any enemies. And in the detachment there are 7 fighters. For fighters, defense indicators are 45 units. The horse’s defense is 48 points and 245 health points. 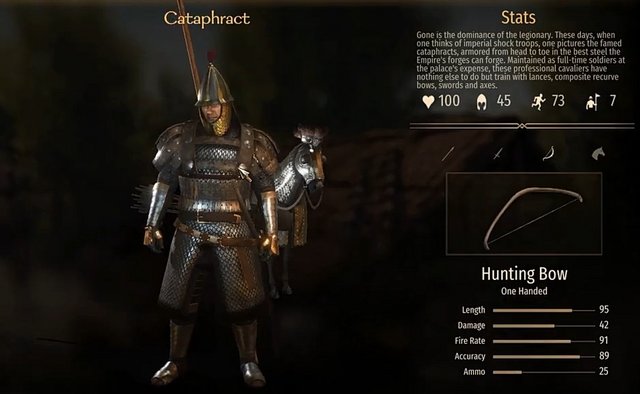 The best outfit is the Hunting Bow. In this configuration, the fighters get the opportunity to attack from a distance using the “Bow”, which deals 42 points of damage. In close combat against infantry, he can use the “Sword”, which deals 77 one-time damage. The Lance deals 39 damage and is well used against enemy cavalry.

With this configuration, the cavalry becomes universal and can fight any kind of troops. And also in any direction and with any tactical maneuvers. As a result, the Cataphract cavalry can be considered the best among all other factions.

They are the ancestors of the Sarranid Sultanate. During the collapse of the empire, their people decided to join forces and retain the territories on which they were, but under their own banners. The leader was chosen Banu Ulyan, who is the richest and most influential among them.

They are famous for their warriors on horseback. On their lands there are legends that their babies are born right in the saddle. Riding troops can be equipped with Camels, which have the largest health reserve. And the fighters themselves are at a level higher than the fighters who are on horses.

The squad can contain up to 10 fighters. Moreover, this unit can be called multifunctional, since there is a good protection indicator of 32 units. 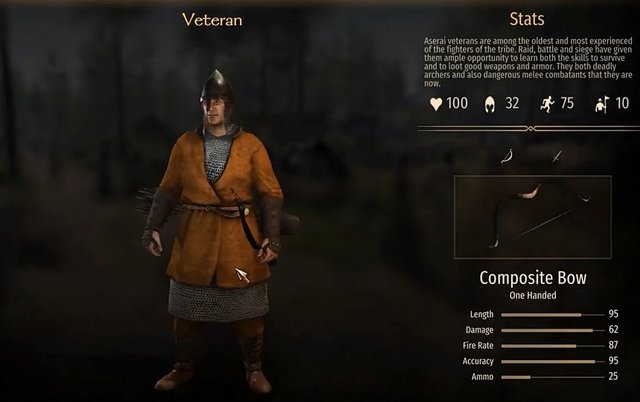 The best equipment is the Stronger Bow, as it improves the Bow. Allows you to wear a heavy bow “Composite Bow”, which deals one-time damage of 95 points. And the Kaskara melee weapon, which deals 66 damage.

Based on this, this class is more consistent with its functions. And in the event of a change of weapons can not be a bad show in close combat.

This cavalry has a strength of 100 health units and 32 defense units. Travel speed without a riding horse 75 units. A squad can have up to 7 fighters. This is a well-armored cavalry. Protection is at a decent level for a fighter and a horse riding horse. 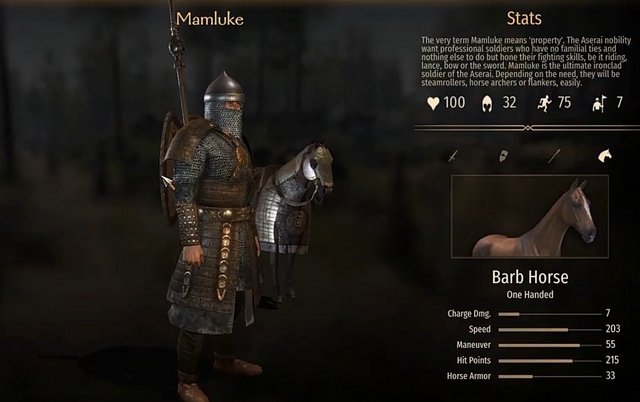 The best equipment in our opinion is the “Barding”, as it gives the armored “Horse”. The strength of the horse is 215 health units. Movement speed 203 units. As well as protection of 33 units. This is the only horse in the “Acerai” which has good protection.

The warrior is equipped with three equipment “Shield”, “Spear” and “Heavy Scimitar”. The Bound Adarga shield has 5 armor and 120 strength. “Spear” “Bamboo Spear” has a weapon length of 184 centimeters and deals a one-time damage of 28 units.

Melee weapons “Heavy Scimitar” has a length of 98 centimeters. Can deal 79 damage.

The cavalry in this configuration is well suited for the assault on the front rows in the cover of allied long-range fighters. As well as being in the forefront to hold enemy fighters and not allow close ranks to allied fighters.