Not so long ago, the developers talked about some details about the game Ghost of Tsushima. This is a game about a lonely samurai who is trying to save the Japanese island from the invasion of the Mongol horde. For some part, the gameplay is a bit like Assassin’s Creed. There are many similar moments, however, the game is unique.

In the game Ghost of Tsushima there is a really huge world where the developers did not research according to the direct directions on the map. And in the form of environmental interaction with the main character Jin. He seems to feel the power of nature. And it is felt even on the other side of the screen. 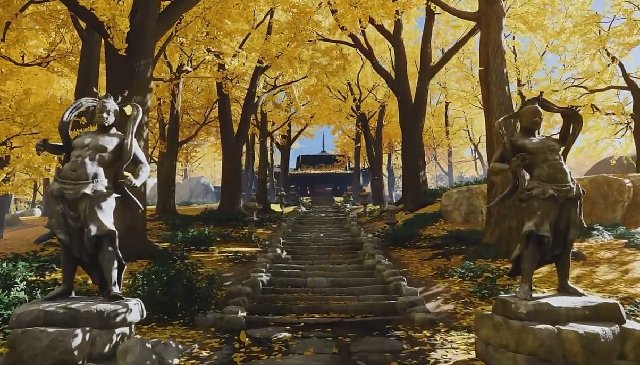 The graphics are just gorgeous, the picture is not just pleasing to the eye. It seems to convey a sense of what is happening. Everything is done in the highest quality, and the battles are quite realistic.

In the process of exploring locations, many things lie on the ground marked with an indication. Which does not cause particularly big problems in their search and collection. For example, riding a horse, at speed, you can pick up a flower or plants.

About navigation and its impressions.

And of course, it would be difficult to navigate the vast world without a navigator, in the form of a small map at the bottom of the screen. And maybe the character could just get lost or travel for a long time to the desired goals. 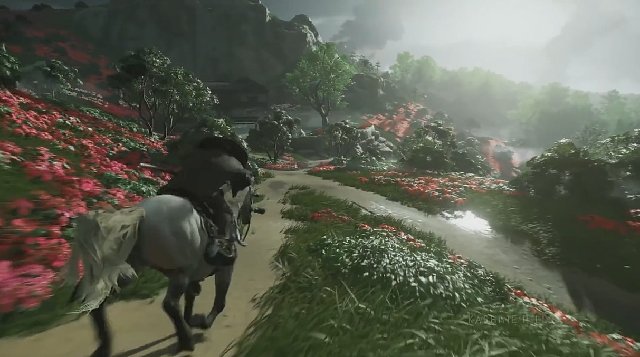 Therefore, the developers have introduced a unique navigation tool into the game. It is made in the form of wind. In fact, it looks very impressive and amazing, almost to goosebumps. When the character is standing on a hill, and next to him is his faithful horse, the wind starts to blow and show which direction he needs to move.

As if the earth itself leads our brave warrior to places where help is needed. And approaching the terrain in the villages you need to look around and pay attention to the smoke. If in the distance, something is burning and smoke is coming, then you need to go there and deal with problems. Smoke is the second navigation item. 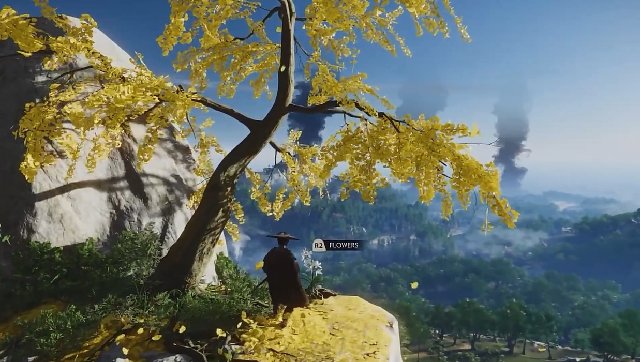 The third element of navigation is animals. You can meet them in the process of the way, when they appear you just need to follow them. And they will indicate special places in the form of some altars.

About the combat system.

The combat system is designed for quick response and a combination of keys. At the time of the enemy attack, the hero can dodge the blows and deliver oncoming lightning attacks. Despite the fact that it is not necessary to quickly wave a sword and sort through different combinations. Everything can be quite calm and competent.

Even when confronted with several enemies at a time, you can emerge victorious without receiving a single damage. Since you can evade attacks in time. And if you strike accurately, then the enemy can be defeated with one hit.

In battle, you can use ranged weapons and eliminate one enemy with one arrow. So before the start of hostilities, the first thing will be archery. And then melee.

Even if an enemy fighter shoots with a bow, our hero Jin is able to repel an arrow flying at him with a sword. And do not get any damage. 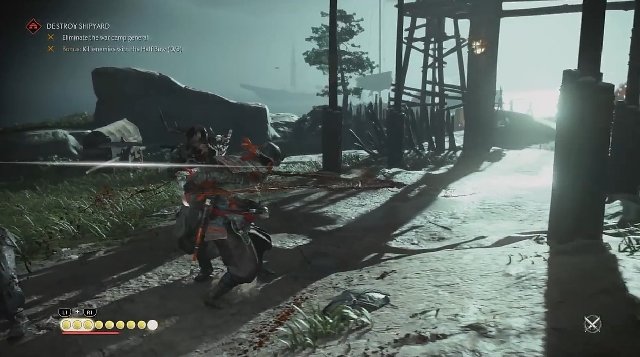 About tricks and traps.

The developers also provided for hidden attacks on enemies. Otherwise, whatever the ghost would be, without the ability to use tricks in battle. In order to safely eliminate any enemies and not noticeably get to the enemy base, the hero can throw an object to the side.

Thus, confuse the enemy and take him in the right direction or place. And then safely eliminate it. Or throw a firecracker on which the nearest enemies will come running, and then jump on their heads with an ax. 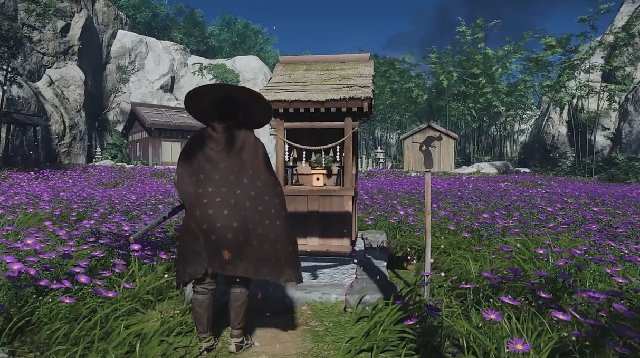 As a result, the game is quite competitive and at a high level. Which is able to gather a huge number of fans around the world. And give them some of the best moments in the process of passing the game.