From the spring of 1940 until the beginning of 1941, the Slovak army received 37 tanks Pz.38 t Ausf.S. All of them became part of the Mobile Brigade. This brigade was the only motorized unit of the Slovak army. Which took part in Operation Barbarossa. During the summer battles of 1941, two Pz.38 t tanks, received the Slovak designation LT 38, were lost. The brigade was returned to Slovakia and later a division was formed at its base. 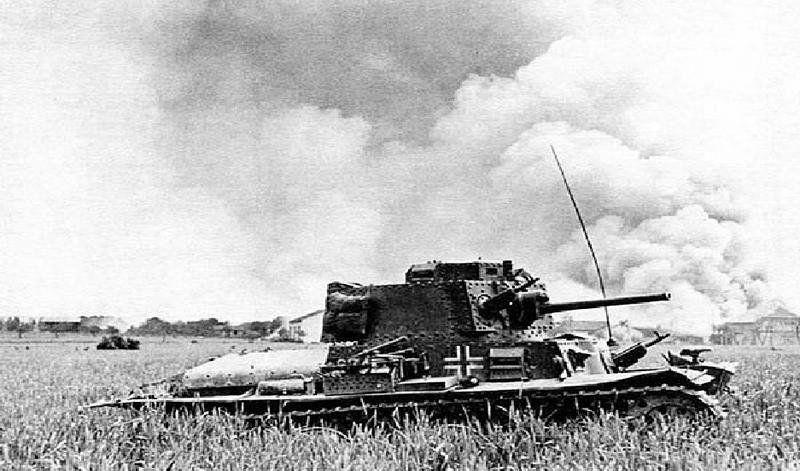 The Slovak security division fought against partisans in Ukraine. In April 1943, it received a company of five LT 38 tanks. These tanks did not take part in the battles, but were used mainly for guarding the division headquarters.
A mixed company of six LT 38 and six LT 40 as part of the Mobile Division arrived in the North Caucasus in October 1942. During the Soviet offensive in the spring of 1943 and the subsequent evacuation of German and Slovak troops to the Crimea, almost all of these tanks were lost. 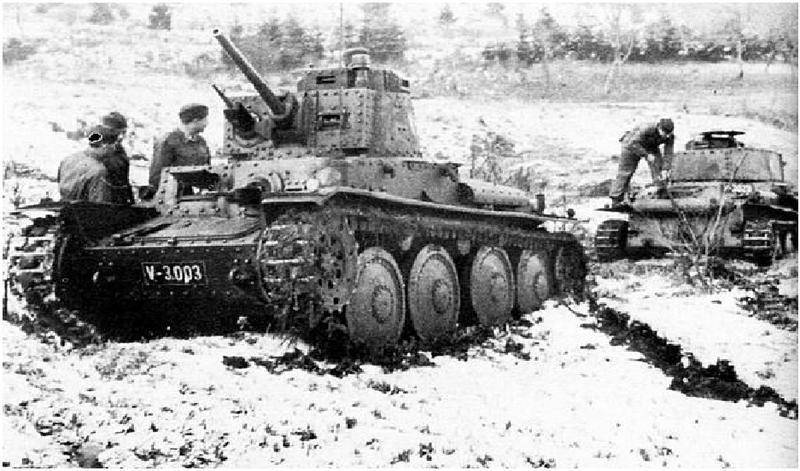 The next batch of 58 units Slovaks ordered in June 1943. However, the Germans gave them only 37 tanks of various modifications from the number undergoing repairs. These cars were located in Slovakia. For the first time they went into battle only in August 1944, when the Slovak National Uprising began. True, they fought already with the German troops and almost all were destroyed.

The only large batch of Pz.38 t tanks of 50 units was delivered to Romania in 1943. As part of the program to replenish the losses suffered by the Romanian tank units near Stalingrad. However, the most combat-ready tank formation of the Romanian army was the division of Greater Romania. The division was equipped mainly with German-made armored vehicles. 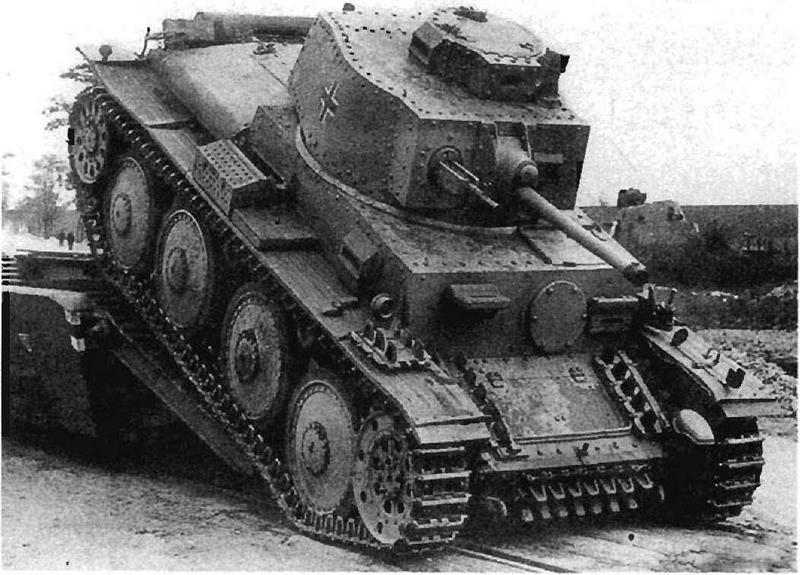 On the basis of the Pz.38 t tank, the TASAM T38 anti-tank SPG equipped with the captured ZIS 3 Soviet gun was developed in Romania. It was structurally similar to the German Marder self-propelled gun. Due to the lack of a sufficient number of guns, the construction program for these machines was not implemented.

After the transition of Romania to the side of the anti-Hitler coalition, the Romanian tank troops took part in military operations against the Germans in small units and subunits. In February 1945, the 2nd Tank Regiment went to the front. The structure included a very varied composition of the material part: eight Pz.IVH, eight Pz.38 t, five R 2, 40 R35 and R35 / 45, 13 StuG III and 12 TACAM R 2. The regiment was operatively subordinated to the commander of the 27th Soviet tank brigade and with it participated in the battles in Western Slovakia. On April 3-4, 1945, Romanian tankers supported the 141st rifle division of the Red Army during the capture of Bratislava.

Despite the transfer to the Romanians of a certain number of captured German tanks and assault guns, the number of military vehicles in the regiment was rapidly decreasing. Subsequently, the division was reorganized into a company. This company held its last battles on May 7–9, 1945, south of Brno. Unfortunately, it is not known whether the Pz.38 t tanks took part in them. 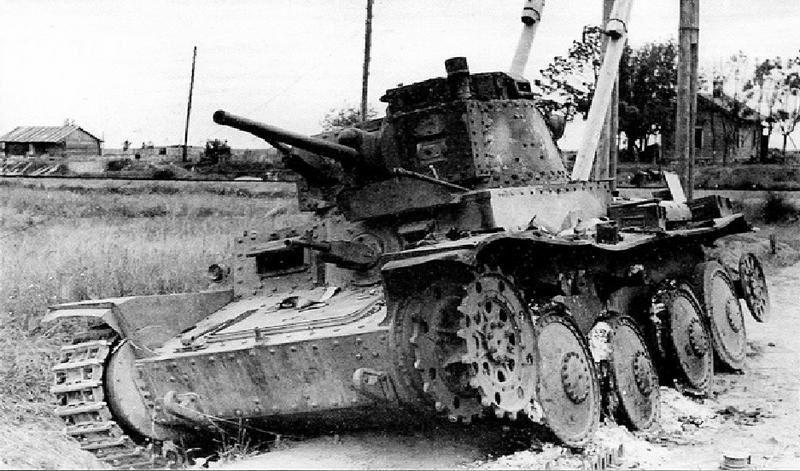 The Pz.38 t tanks were received by the Bulgarian army from September 1943 to February 1944, which accounted for the most massive deliveries of German equipment. Among other combat vehicles were 10 Pz.38 t. Subsequently, they took part in countering partisan operations in Macedonia. The Germans hoped that the Bulgarians would send their troops to the Eastern Front, but Tsar Boris III refused. Soon after his death, the pro-German government of the country was overthrown by the Patriotic Front. On September 11, 1944, Bulgaria declared war on Germany. 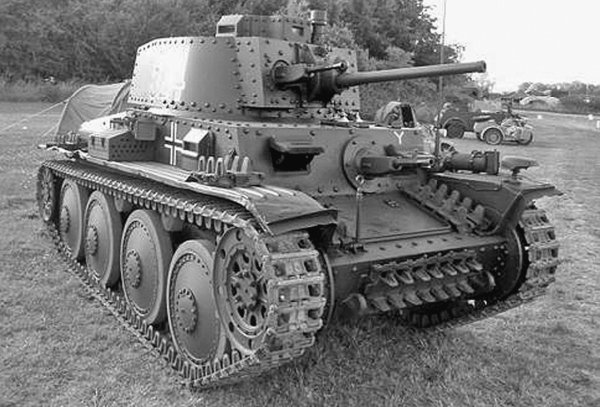 Since September 15, 1944, the only Bulgarian tank brigade participated in military operations against German troops in Serbia. At the same time, the main striking force was modern German-made equipment, Pz.IV tanks and StuG III assault guns. At the same time, by March 1945, the Pz.38 t had only three operational combat vehicles of this type in the brigade. 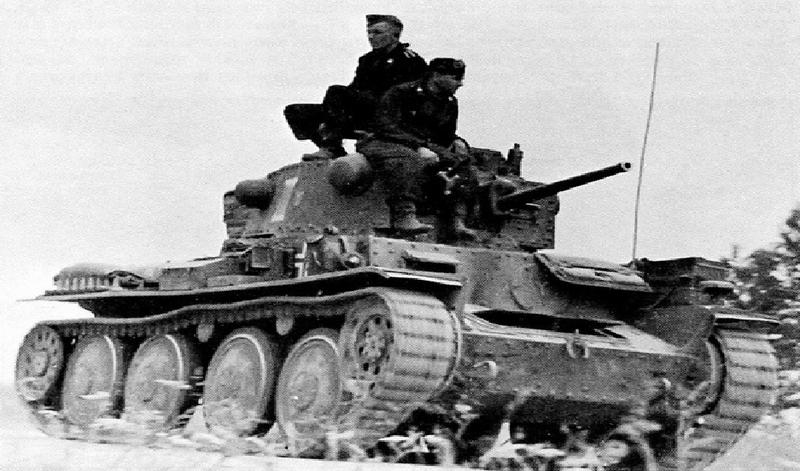 The German light tank Pz.38 t was operated in Bulgaria and some time after the end of World War II. As of the beginning of 1946, the 1st Tank Brigade had 49 Italian, Czechoslovak, and French light tanks. And a few Pz. 38 t for which spare parts were even purchased at the ČKD plant. Only in the early 1950s, the Bulgarian tank troops were completely re-equipped with Soviet-made armored vehicles.

In October 1941, Hungary formed the 1st armored division. When in 1942 she went to the Eastern Front, in her 30 m tank regiment, along with 19 Hungarian Toldi tanks, there were 89 Pz.38 t tanks. In total, Hungary received from Germany 111 combat vehicles of this type, 105 linear tanks and six command. Most of them were waiting for the sad end – 1 I am an armored vehicle that fell under the moloch of the Soviet offensive near Stalingrad, was completely destroyed. 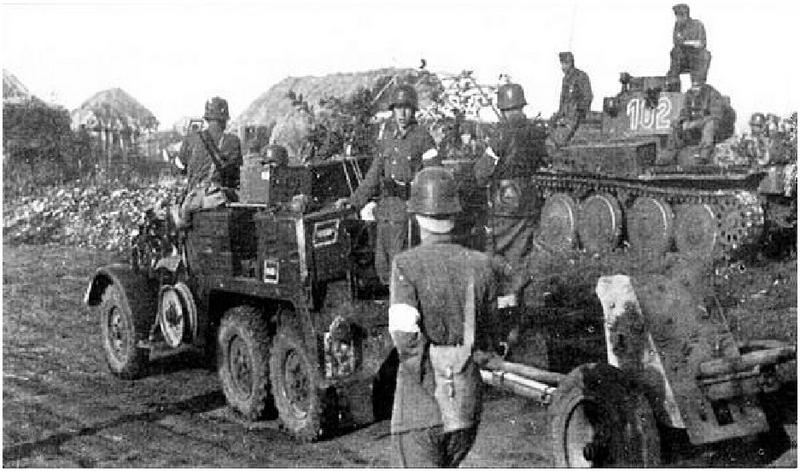 Subsequently, the Hungarian army did not have large units armed with Pz.38 t tanks. It is authentically known that several vehicles were in service with the armored cavalry battalion of the 1st Hungarian cavalry division, which in the summer of 1944 took part in heavy fighting in eastern Poland. Having lost all her tanks, she was withdrawn to Hungary in September.