Dark Envoy is a fantasy RPG with tactical strategy elements. There are two main sides to this world, modern technology and magical order. Developers from the Event Horizon studio are working on the game and plan to release the game in 2022. The developers promise a non-linear storyline and tactical team battles. The game will implement different concepts of RPG elements.

A unique moment for players will be the opportunity to play the game with another player, online. You can go on joint trips in the same way as when playing alone. This is exploration of dungeons, exploration of open spaces, going through a story campaign and looking for abandoned places.

About the plot of the game Dark Envoy.

On the territory of Jaane, a war broke out between technologically armed people and a traditional society wielding magic. The main goal of the war was the coronation of the self-proclaimed emperor and the development of new territory. Some races, such as orcs and elves, looked up to humans because of their weak magic and mediocre physical strength.

The story of Dark Envoy tells the story of two travelers Malakai and Cale, who are on their way in search of relics. New trials and difficulties await them every day. During the journey, they meet new friends and like-minded people who are ready to help them on a difficult path. 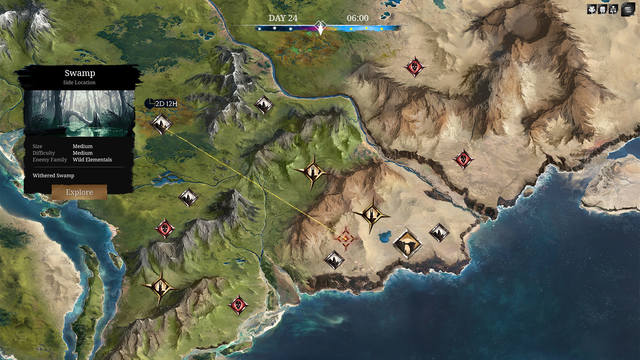 About the features of the game Dark Envoy.

As mentioned above, players can go through a story campaign together. And in total, the team can take up to 4 characters, while it is known about the single passage. How many characters can be taken in co-op is not yet known. At the moment, the game can be played together, and it is possible that up to 2 characters per player can be controlled.

All controlled characters have their own characteristics and classes that directly affect the passage of the game. Passing story companies and additional tasks, the player can change the outcome of events. You will have to make decisions from which the legacy will be determined, from peaceful to tough. 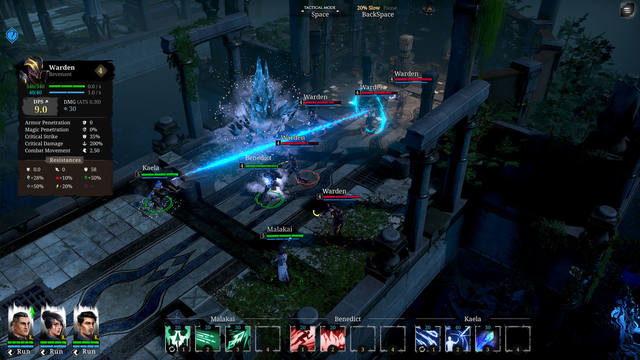 The territory of Jaan is divided into 15 natural zones, which have their own unique mechanics. Passing storyline and side missions, you can find special zones. These locations are generated and changed, or rather, the internal locations of enemies and their behavior with movement change. After completing such a dungeon, you can find valuable rewards.

Players will have to manage up to 4 characters in a team, if playing in a single company. At the beginning of the game, 4 base classes with 16 specializations are available. And in order to be able to accept additional classes into the team, you will have to complete special tasks in remote locations.

Available for pumping heroes with the ability to mix skill trees. Abilities can be enhanced and chosen at your discretion. During the battle, you can activate up to 4 abilities of one character.

Characters can move freely without engaging in tactical combat. At the same time, the player himself can use an active pause and slow down time in order to quickly select suitable actions. You can even stop time and think about the battle, and then start the battle again. 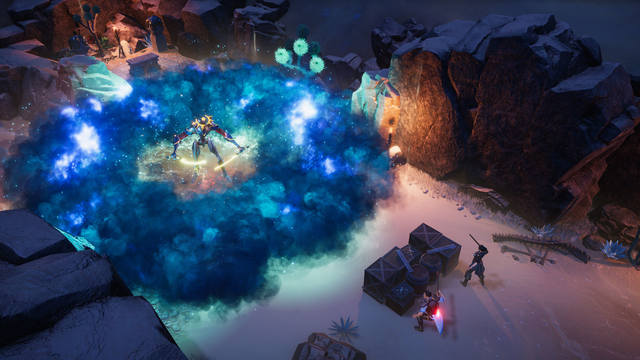 To travel between worlds, characters can use a skyship. To do this, you can choose the path of stay on the global map. After that, the download will take place and the players will find themselves in the place they need.

Conclusion on the game Dark Envoy.

Developers from the Event Horizon studio planned to release the game back in 2020, but for some reason the project was delayed. As for the game itself, we can already say that the game is wonderful. Quite decent graphics and the gameplay itself, but during the battle you have to think. 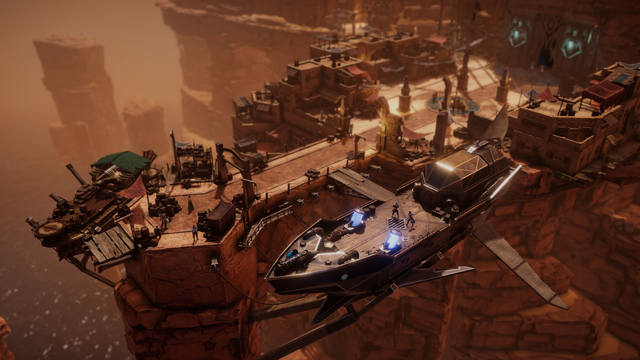 But most likely the main tactic will be placing traps and characters in the right places. And only then make an attack on opponents. Even so, there is a chance to lose, so you need to select characters and competently pump their skills.