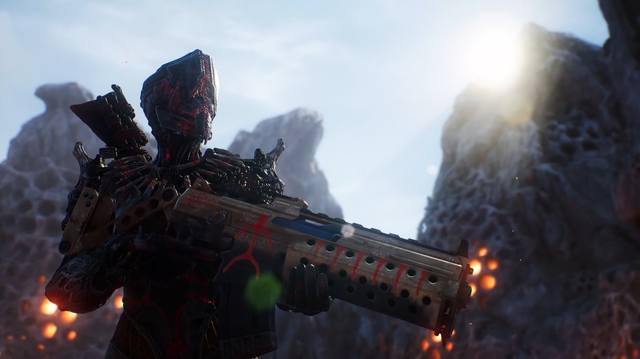 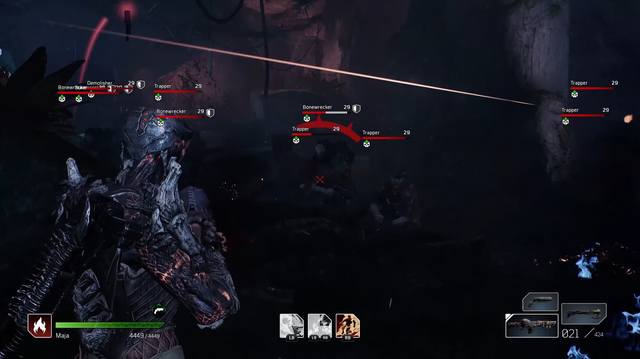 About the review of the Pyromancer hero in the Outriders game.

The Pyromancer is a mid-range hero with the element of fire. With close contact with enemy fighters, there is a chance that a regular shot can set the enemy on fire. Health can be replenished in battle only from those opponents on whom there is a mark set by skills.

To play alone, it is recommended to pump the first branch “Peplorez”. So it increases the damage done by the weapon and allows you to get the effect of vampirism to restore health. Thanks to this, you can simplify the passage of the game for this hero. Desirable builds for the Ash Cutter tree are fire bullets, fanning flames, and overheating. 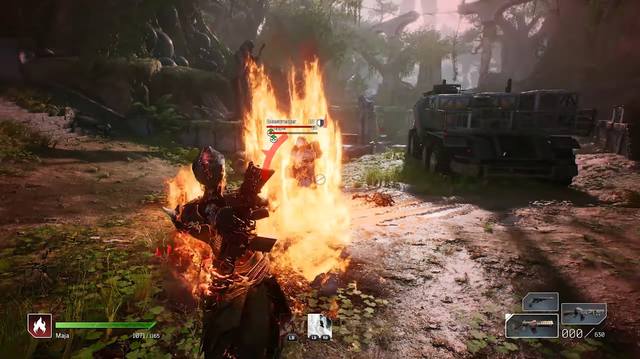 The second recommended branch of pumping is “The Tempest”, as it allows you to make the hero more resilient. In addition, the branch makes it possible to reduce some types of damage. Recommended builds for the Tempest route are eruption, overheating, and heatwave.

According to the process of the game, the hero “Pyromancer” can be considered one of the most difficult. Due to the difficulty of restoring health, you can only replenish from marked enemies. This significantly complicates the game, moreover, “Pyromancer” is not very hardy and is not a tank. Therefore, it is not recommended to stand under dense enemy fire. 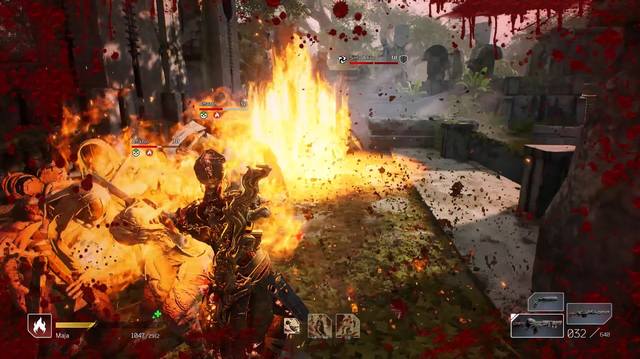 Skills of the Pyromancer hero in the Outriders game. 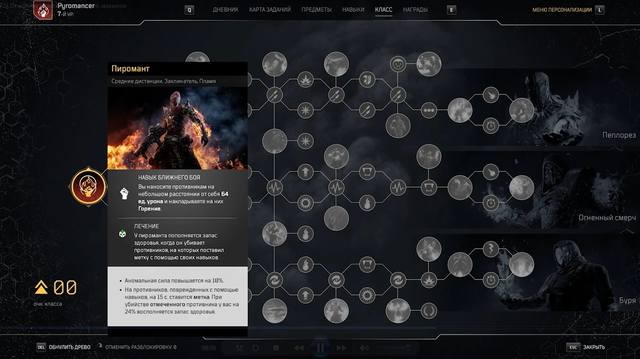 The hero summons a wave of fire and directs it towards enemies, which deals 51 damage. A fiery wave can hit all opponents that fall into the field of action. Enemies hit receive the Burning debuff.

The skill allows you to pause the enemy and inflict damage by 73 units. In addition, it can drain 91 units of health and apply the effect of “Ashes”. Used effectively when enemies launch special attacks.

The ability allows you to impose the effect of “Burning” on the enemy, dealing 38 points of damage and interrupts his actions. After a while, it begins to burn, and then explodes if the health is low. In this case, all nearby enemy soldiers will be damaged.

The activated ability works within the radius of the hero and can hit all opponents that fall into the field of action. 11 points of damage are inflicted and interrupts the actions of enemies, they stop for a while. If the effect of “Burning” is already on the enemy, then he takes 130 damage units. 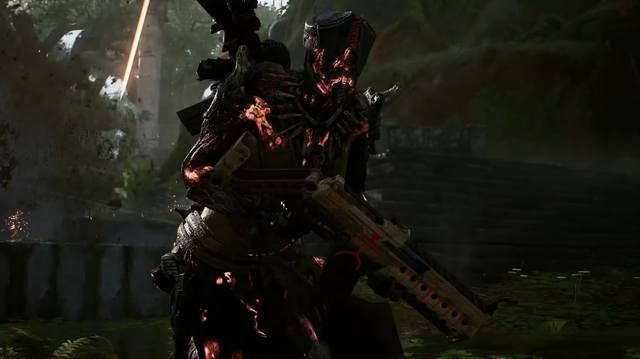 It is used to increase fire damage and affects nearby targets hit.

Recommended for use on the battlefield, as it allows you to immobilize opponents and get out of difficult situations.

The hero activates a beam that damages enemies and produces the effect of arson.

The ability allows you to deal damage in an area. Upon use, forms a stream of lava under the feet of enemies. 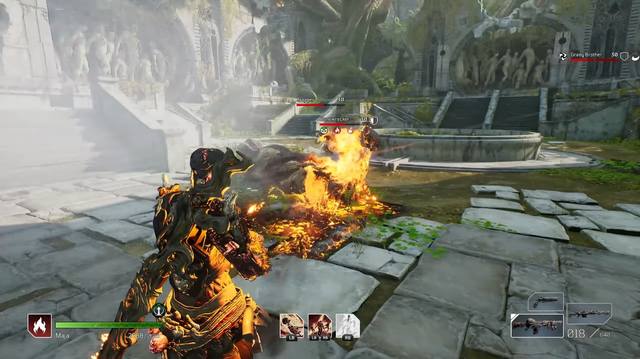 Conclusion on the class “Pyromancer”, in the game Outriders.

The hero “Pyromancer” is a kind of analogue to the Trixer, only the main points are aimed at damage in the area and possession of the element of fire. When playing, it is recommended to more actively use abilities and finish off enemies with weapons, preferably nearby. Here you need to think over tactics and try to have time to finish off opponents while they are marked in order to replenish health reserves.