There are two factions in Total War Saga Troy, the Danai and the Trojan. Each faction has its own unique 4 heroes, in total there are 8 heroes in the game. Each hero has its own story, features and priorities. As a result, with the proper use of the bonuses that the heroes have, it is possible to win battles easier and faster.

When creating the game, the developers were guided by historical data obtained from various sources. The plans for the creation of the game were the desire to reflect historical myths in the game project and partially show the history of Greece. At the same time, the main and key figures are the main characters, who were leaders in Greece at that time. 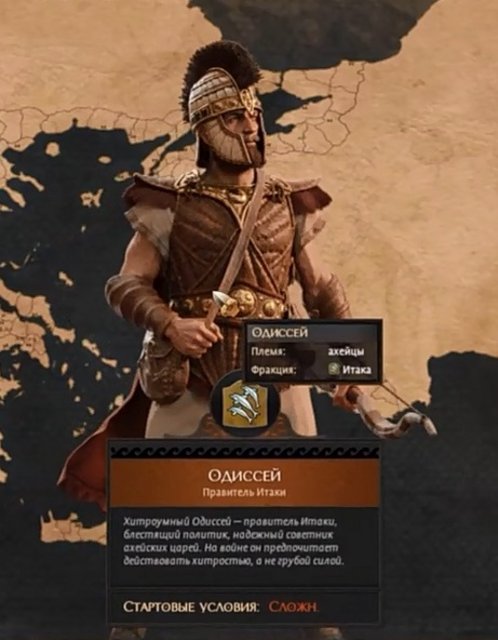 The story of the Odyssey.

You can learn about the history of Odysseus from various ancient sources. However, their reliability differs, and as a result, there are several options in history. Perhaps some facts at that time were not recorded and not supported by evidence. Thus, referring to different sources, common events can be noted.

Odysseus is a character from Greek mythology who managed to gain the throne of Ithaca and become king. He became famous for his special traits of mind and the ability to find cunning solutions. At the same time, I absolutely did not want to fight in the Trojan War. The throne and kingship of Ithaca was handed over to Odysseus by Laertes. At the same time, it is not known what reasons prompted Laertes to make such a good gift to Odysseus. 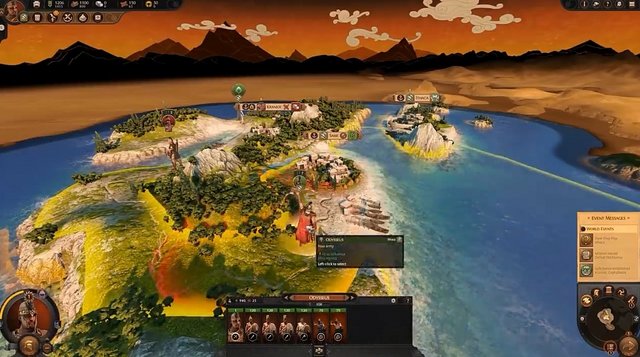 Odysseus was born in Ithaca near Mount Neriton when it was raining. This moment was reflected in the majority of ancient authors. There are sources that indicate that Odysseus was born on the way, in the vicinity of Alalkomen. When Odysseus grew up, he received a good inheritance. During his youth, Odysseus suffered a leg injury when he went on a boar hunt.

For the first time, Odysseus decided to marry Penelope and for this he had to make an effort so that the king of Tyndareus gave him his daughter. The reasons for the difficulty of reuniting the marriage of Odysseus with Penelope were the numerous suitors of Elena, since they could become enemies of Penelope’s father Tyndareus. Penelope was a very beautiful girl and there were a lot of applicants for her hand, besides, she was the daughter of the king. 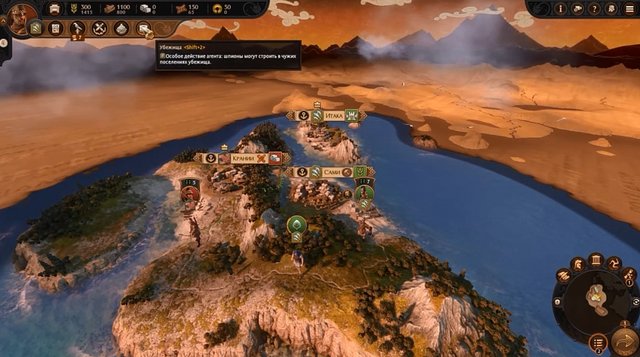 The reasons for the participation of Odysseus in the Trojan War.

According to one version, Odysseus really liked Penelope and he came up with a plan to marry her. For this, he advised King Tyndareus to oblige all suitors to swear a mutual union. This union obliged all suitors to help each other. Thus, Odysseus could receive support from existing suitors. But whether he thought that he himself would have to get involved in a long-term war with Troy is not indicated in the sources.

The initiator of hostility in the Trojan War was the career of Paris, who kidnapped his wife Elena from Menelaus. Since Menelaus was one of those suitors who took an oath of alliance and assistance to other suitors, he began to collect an army on a campaign against Troy. Odysseus had to accept Menelaus’s invitation on the campaign against Troy. 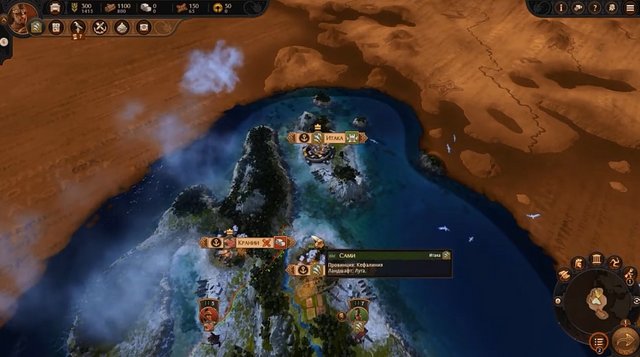 The siege of Troy.

The entire siege of Troy lasted for about 10 years. During the siege, several events took place in the ranks of the attacking side and the loss of their soldiers. The reasons and versions are different, nevertheless, the attack on Troy was due to the cunning of Odysseus. At the same time, Odysseus managed to penetrate the territory of Troy twice without fighting.

The main combat action took place with the help of Odysseus’s cunning, where a special construction of wood in the form of a horse was assembled. Inside the horse there was space for a small number of fighters. The Trojans accepted the building as a gift and carried it outside the walls of Troy. 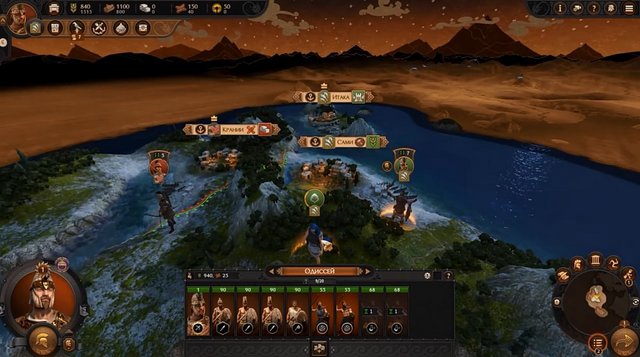 The offensive itself took place late at night. When most of the Trojans were resting, there was not a large number of guards at the post. At this time, Odysseus with the recruited soldiers got out of the wooden horse and killed the guards. After that, the gates were opened for the passage of the main army.

The incoming army was able to deal with the rest of the military and civilians. At the same time, some were dealt with at the council and made decisions on the prisoners. After solving all the issues and defeating Troy, Odysseus went back to Ithaca, and the road itself took a lot of time.

In Total War Saga Troy, Odysseus has the special ability “Shelter”. Which allows you to use spies and create shelters in enemy states and cities, as well as poison the army of the enemy commander. Created shelters allow you to recruit allied troops while on enemy territory, which allows you to quickly replenish your own army before the attack.

To be able to recruit troops from an enemy city, you must first send a spy there and purchase “Vault”. After that, you need to build a structure that corresponds to the type of army. First, select the enemy city where the spy visited, and then on the “Krania” tab, select the building. When the structure is built, you can safely hire soldiers. 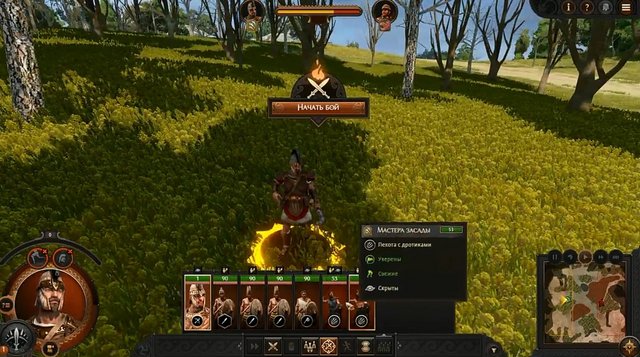 Spies can interact with enemy generals, produce “Poisoning wells” and “Killing an opponent”. These skills can give a good priority on the battlefield before the attack. But they rarely work and because of this, the main use of spies is to deploy “Run away”.

Odyssey’s advantages over other heroes:

Odysseus is armed with ranged weapons and can safely attack enemy fighters while remaining at a safe distance. In addition, this may allow him not to enter into a duel with another enemy general. And use a tactical advantage in battle, staying in the second row. 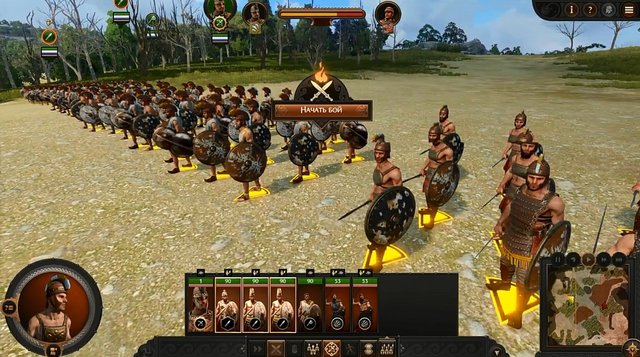 Cities that are close to the sea give the possibility of building level 5 ports. While other heroes have port construction limited to level 3. Ports allow you to get additional resources and purchase fighters.

In addition to the available port capabilities, there is an escape route. When the city is under siege, the army can safely leave on ships. This allows you to maintain the number of fighters. 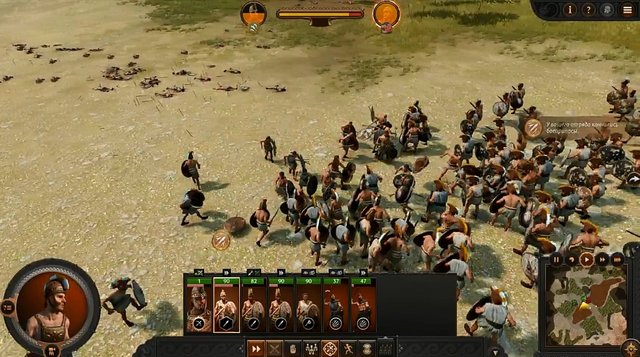 At level 4, Odysseus can recruit a unique type of army “Spearmen with heavy shields”. And they are considered one of the most powerful units. Only Odysseus has such an opportunity, since other heroes can only upgrade the port to level 3.