In the game world of World of Tanks, the game event “Steel Hunter Second Stage 2020” has not yet ended, and already the developers are in a hurry to please players with new goodies. In the near future, another new game event with a special game mode, codenamed “The Last Waffentrager”, will take place. The in-game event begins on September 28, 2020 and runs until October 12, 2020.

The Last Waffentrager mode will give players the opportunity to try their hand against 7 players or be one of seven who fight against one player in a very strong tank. In total, players have two sides available, the “Hounds” squad on T-55 “Discharge” tanks and the “Engineer” squad on the Waffenträger auf E 110 tank with different tanks controlled by the “Sentinels” artificial intelligence. 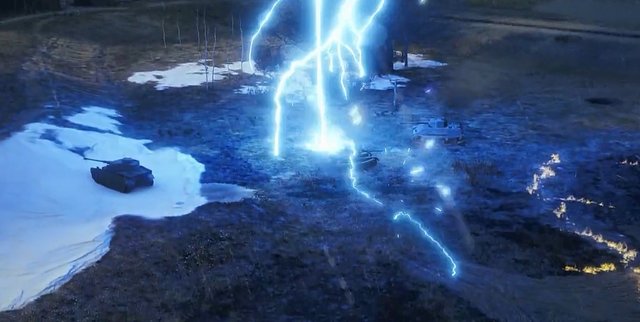 All available tanks on each side, except for tanks under the control of Artificial Intelligence, have their own characteristics and advantages. These features can give players a fun gameplay experience and prioritize the battlefield differently. Each ability must be used wisely on the battlefield. And it is also correct to use tactical advantages in order to reach victory.

About the gameplay in the game event “The Last Waffentrager”. 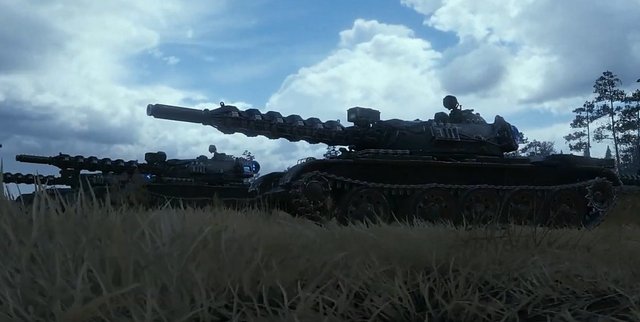 At the very beginning of the game event, players have the opportunity to lead one of the T-55 “Discharge” tanks of the “Hounds” squad. One squad will have up to 7 players on the same tanks. They will have to fight primarily with the “Sentinels”, which are controlled by artificial intelligence. And then fight the mighty Waffenträger auf E 110, which is controlled by another player.

Tanks T-55 “Razryad” are equipped with advanced technologies that are capable of storing and processing electrical energy. Which can later be used to increase the combat ability of a combat vehicle. All T-55 “Discharge” tanks have the same abilities, which are activated thanks to the advanced energy equipment installed on the tank.

For one battle, players in the “Hounds” squad are given 3 T-55 “Discharge” tanks, or rather three attempts to win. After losing a tank in battle, you can take part two more times. After losing all three tanks, the player ends combat resistance. And his allies continue to fight if they have available tanks.

Detachments of the “Sentinels” appear on the battlefield, which are assistants to the “Engineer” on the Waffenträger auf E 110 tank. “Sentries” are the primary targets of the T-55 “Discharge” tanks. Since the last knocked out “Sentinel” drops a valuable resource in the form of energy. Thanks to this energy, “Hound” units can replenish the reserves of the entire unit and use special abilities.

This is a standard warhead that can gain additional power from stored energy.

– Fast and the furious.

Afterburner gives T-55 “Discharge” tanks an additional acceleration, after activation, acceleration occurs for a short period of time. And then the ability recharges.

According to information from the developers of the World of Tanks game, you can play the Waffenträger auf E 110 tank for special keys. Which can be obtained after completing tasks on T-55 “Discharge” tanks from the “Hounds” squad. And through the premium store in game event bundles.

The Waffenträger auf E 110 is a strong and powerful tank on the battlefield that can give the player a lot of positive feelings. Since the tank has a large margin of safety and even 7 players from the “Hounds” squad will not be able to win quickly. In addition, their unique abilities are available. 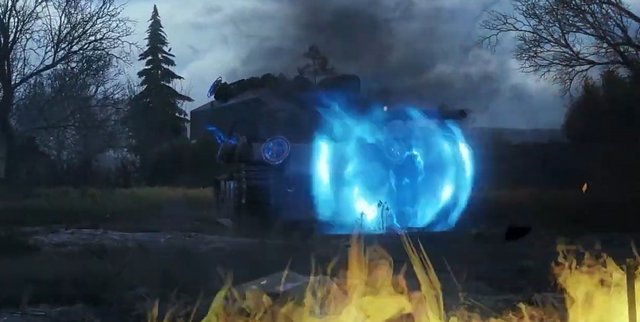 Despite the fact that one player on the Waffenträger auf E 110 opposes 7 players from the “Hounds” squad, it is quite possible to win. In addition, the “Engineer” assistants will sometimes appear on the battlefield as part of a group of tanks called “Sentinels”. Players will not be able to control “sentries”, they will independently navigate the battlefield under the control of artificial intelligence. And this is additional support for the player on the Waffenträger auf E 110 tank.

You can add technical characteristics of weapons to abilities. The Waffenträger auf E 110 tank has a shell-loading drum and in a short period of time can shoot several enemy tanks from the “Hounds” squadron.

Gungnir is considered the main weapon of the Waffenträger auf E 110 tank, which has a high one-time damage. One direct hit can damage half the strength of the T-55 “Discharge” tanks.

This is a special combat skill of the Waffenträger auf E 110 tank, you need to slow down opponents and temporarily stun them.

The Electromagnetic Pulse is the Engineer’s secret weapon, capable of dealing area damage and disabling the electronic equipment of the Hound squad. Enemy tanks T-55 “Discharge” located near the Waffenträger auf E 110 at the moment of activation of the “Electromagnetic pulse” ability can be completely destroyed. The more tanks will be hit with this ability, the faster the reload will be.

About battle awards for the game event “The Last Waffentrager”.

There are three types of in-game rewards available to players, which can be obtained during the “Last Waffentrager” in-game event. At the same time, two types of awards are “Power unit of hounds” and “Power unit of engineer”. They can be obtained during the adoption of hostilities on existing tanks. Another type of reward is “Special Power Units”, which are purchased in the premium store. 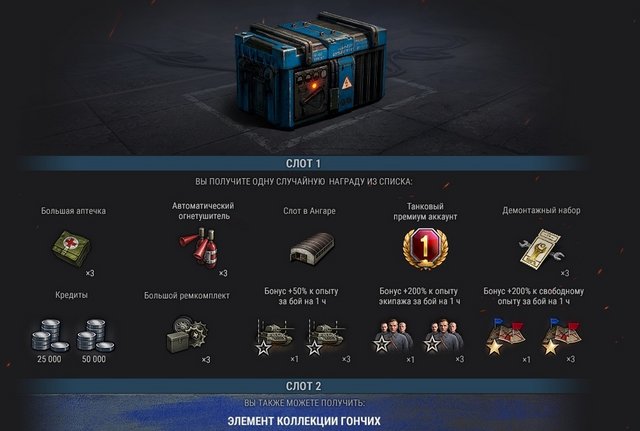 You can get rewards in the form of a premium account, combat reserves, a dismantling kit, a slot in the hangar, and credits. If you don’t like some reward, you can change it by restarting the energy block. 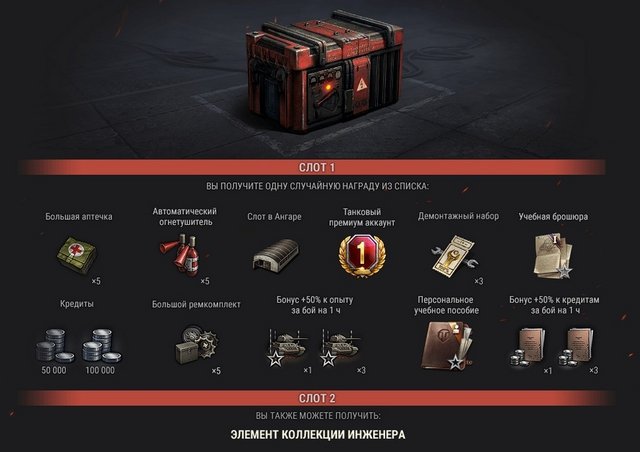 You can also get a slot in the hangar, a premium account, combat reserves, a dismantling kit, and credits. As well as special brochures and teaching aids for crew training. 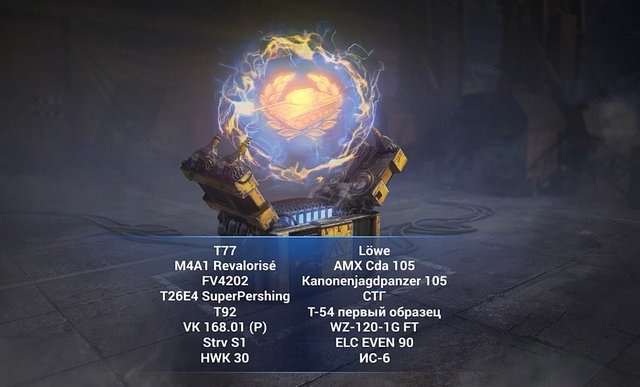 You can buy it in a premium store for real money, not in game currency. And it is the most valuable for players, since you can win a premium tank of level 8 out of 16 available. And guaranteed to get 100 units of gold.

One of the new tanks is the American T-77 heavy tank. It will first appear in the game since the beginning of the Last Waffentrager event. Which can be considered the most valuable prize based on the results of a game event.

About an interesting point.

According to our assumptions, an interesting moment may occur for the players who will be the very first to enter the battle of the Last Waffentrager game event. According to information from the developers, it is known that on the Waffenträger auf E 110 you can go into battle with special keys. And at the moment it is not clear which player on the Waffenträger auf E 110 the first squads of “Hounds” will fight with.

It is quite possible that the developers will gorge themselves on a free combat mission that will need to be completed in random battles. The condition for obtaining the key is to win 5 times and the player gets into the top 10 of his team by experience. And most likely, many players will not miss this opportunity. 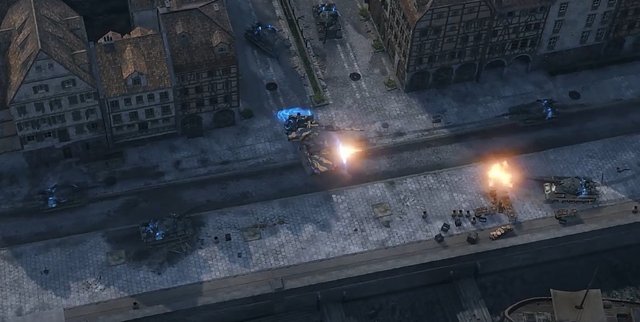