The American medium tank M4A1 Sherman is the first production modification of the Sherman tank. The tank received the status of the most massive American tank. A total of 49,234 cars were produced. Production of the pilot batch began in November. By a protocol of December 11, 1941, the Arms Committee assigned the designation M4 to a tank with a welded hull, and M4A1 to a cast one. In the American army, all models of the M4 medium tank were called “General Sherman”, and in the English simply “Sherman”. From February 1942 to July 1945, 6 main modifications of the M4 tank consisted of mass production, the main distinguishing features of which were the type of power plant and the method of manufacturing the hull. 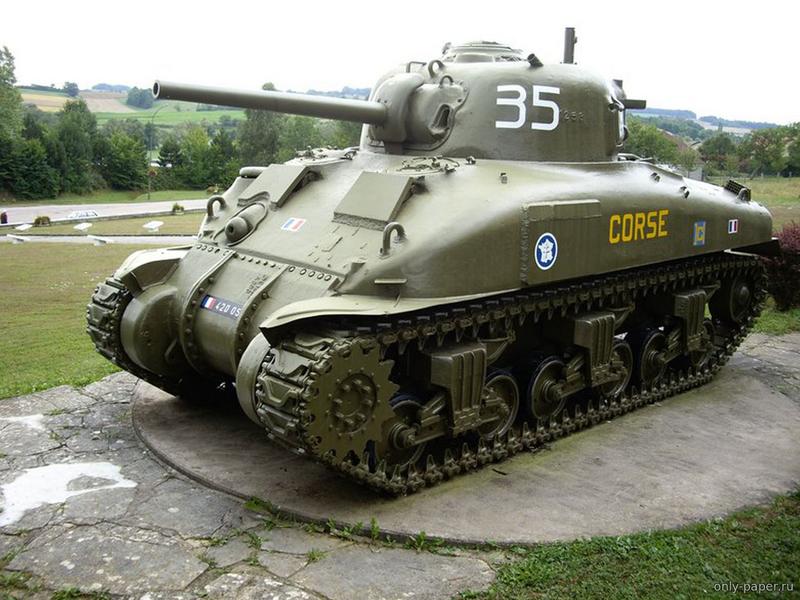 The production of the M4A1 medium tank began in February 1942 by Lima Locomotive Works, in March – the Pressed Steel Car Company, and in May – the Pacific Car and Foundry Company. At the first production car, the side doors were simply brewed, but on the second case casting was without doors. Both tanks were equipped with a short-barreled M2 gun with a counterbalance, since the new M3 gun was not yet prepared for installation in M4 tanks. Both cars were sent to England for demonstration and testing. 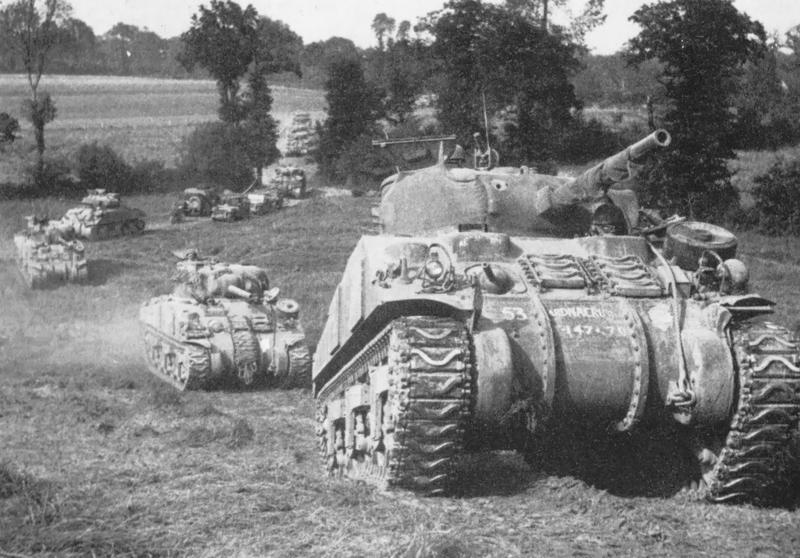 The twin T48 installation was covered with an armor mask, which played the role of protection against light weapons fire. The mask was 51 mm thick and played the role of a counterweight to balance the gun. A little later, a small armor shield 25 mm thick was also put on the barrel of a coaxial machine gun. The operational experience of the M3 tanks revealed the need for improved ventilation. This problem was solved by installing three fans covered with armored caps. The same fans mounted on the M4A1 one installed on the roof of the tower. And also two fans were placed on the roof of the case. A hatch with a hinged lid was equipped above the seat of the assistant driver’s mechanic. The ballistic installation of the course machine gun received an armored mask. In this case, the machine gun pointing angles horizontally were 20 degrees to the left and 25 degrees to the right, vertically – from +20 degrees to 10 degrees. We increased the number of observation devices and changed their location. In accordance with the instructions of the Arms Committee, in March 1942, two rigidly fixed course machine guns ceased to be installed, but the holes for them in the frontal sheet of the hull were still preserved.

Shortly after the start of mass production, the R 975 EC2 engine was replaced by a R 975 C1 with a reduced compression ratio, in addition, it allowed the use of gasoline with an octane rating of 80 instead of 91. 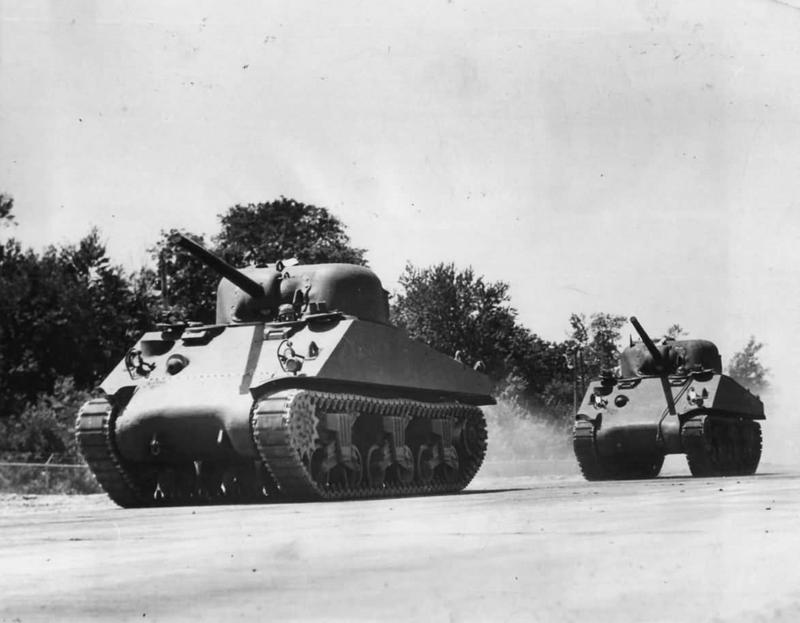 Modification M4A1 was the first to receive a 76 mm gun. The previous version of the gun that was installed on the M3 Lee 75 mm was considered unpromising. After the first combat clashes with German tanks. I had to develop a completely new gun, but under the shell of the M7. On August 1, 1942, tests of two T1 guns manufactured by the Watervliet Arsenal factory began at the Aberdeen Proving Ground. At the same time, one of them was installed on the machine, and the other in the M4A1 tower. During the tests, after almost a year, it turned out that the standard Sherman’s tower is small for normal military operation of the new gun. In addition, in order to balance the tower, 360 kg of additional load had to be hung on its stern. In the end, we decided to introduce a new larger turret, which we borrowed from the experimental T23 medium tank. The gun was standardized under the M1A1 index.

The M1A1 gun had flaws that the military did not like. This is too big a flash of smoke and smoke, which covered the target of the fire after the shot. And not a lot of ammunition because of the large shells. At the same time, the high-explosive effect turned out to be less than that of the gun 75 mm. The advantage of the gun was considered increased armor penetration, increased by 25 millimeters.

The first 100 M4A1 (76) W tanks left the assembly line of Pressed Steel Car Company in February 1944. On early-release machines, the loader’s hatch had a double-leaf lid. Starting from the 1225th tank, it was replaced with an oval hatch with a single-wing lid. Instead of the M1A1 gun, M1A1C and M1A2 guns with a muzzle brake began to be installed.
All American M4A1 medium tanks with a 76 mm cannon had wet storage of warheads. On these machines, the ammunition was stored in two drawers. Supplies were located on the bottom of the hull and contained 75 shots. The shells on the bottom poured 152 liters of water. Six more shells were placed in the tower and also filled with 9 liters of water. To prevent the water from freezing in winter, ethylene glycol was added to it. The transfer of ammunition from the aft to the niches of the floor increased the survivability of the machine. A flood of water helped save him from detonation.

In the bottom of the hull behind the place of the shooter-radio operator there is a hatch designed for the crew to leave the tank relatively safely on the battlefield under enemy fire. In some cases, this hatch was used to evacuate wounded infantrymen or crew members of other tanks from the battlefield, since the interior of the Sherman was large enough to temporarily accommodate several more people.

In the online game world of tanks, the American medium tank is at level 5. It has excellent maneuverability, visibility, vertical aiming angles and a flexible choice of weapons, but a high silhouette and weak side armor.

The M4 Sherman is an intermediate between the medium and heavy tanks – the heaviest by mass among medium tanks of the 5th level. Has a little more strength points, but loses to classmates in agility and maximum speed. Booking is not bad for the fourth level. But classmates can break through. There is a choice of a gun with high-explosive shells 105 mm M4. Twisting more clumsy enemies is possible, but not easy.
Sherman has several distinctive features that give him an advantage over the enemy when used correctly.

The tactics of the game depends on the direct choice of tools. Role of attack aircraft with 105 mm M4 gun and support role with 76 mm Gun M1A1 gun. With a 105 mm M4 gun, the tank is fast and maneuverable melee. Due to the rate of fire and low projectile speed, the combat distance is average or closer – average. With the 76 mm Gun M1A1 gun, you can hit tanks at distances of 350 meters and 400 meters. The gun is comfortable and allows for targeted shooting at such distances.