The American light tank M 41 Walker Bulldog was developed since 1946 by General Motors to replace the M24 Chaffee tank. Initially, the project had the designation T41 which was manufactured in 1949 in triplicate. The modified T41E1 was adopted by the U.S. Army in mid-1950 as the M41 Little Bulldog. Later, the designation was changed to the M41 Walker Bulldog. Production was conducted by a division of General Motors Cadillac at the Cleveland Tank Arsenal until the late 1950s. In total, about 5500 tanks were built. 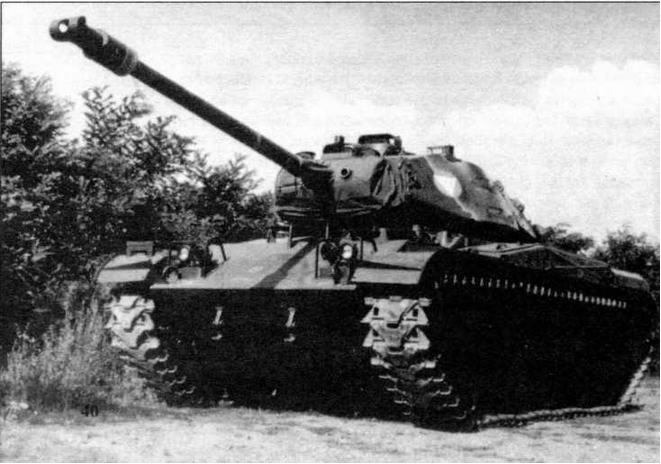 M41 “Walker Bulldog” (born M41 WalkerBulldog) – a light tank of the US Army, designed in 1946-1949. Named after General Walton Walker, who died in a car accident during the Korean War. The first batch was produced on a Cadillac Motor Car. She left the assembly lines of the conveyor in 1951, and production continued until the late 1950s. The tank was recognized as not very successful and already in the 1960s was withdrawn from service in the United States. However, the M41 was shipped to many other countries. In most of which it was modified in order to improve combat qualities or adapt to local operating conditions. By the early 2000s, the M41 was still in service with a number of countries.

M41 tanks began to enter the U.S. Army in 1953. However, already in the early 1960s they began to withdraw from service and transferred to the reserve and the National Guard. Despite the technical reliability, the combat use of these tanks was in doubt. The tank was heavy enough for the lung. It was not air transportable for the aircraft of that time; it had poor passability on impassable roads and weak soils. All this made it possible to use it only where medium tanks could be used. But medium tanks M 41 Walker Bulldog inferior in firepower and armor. 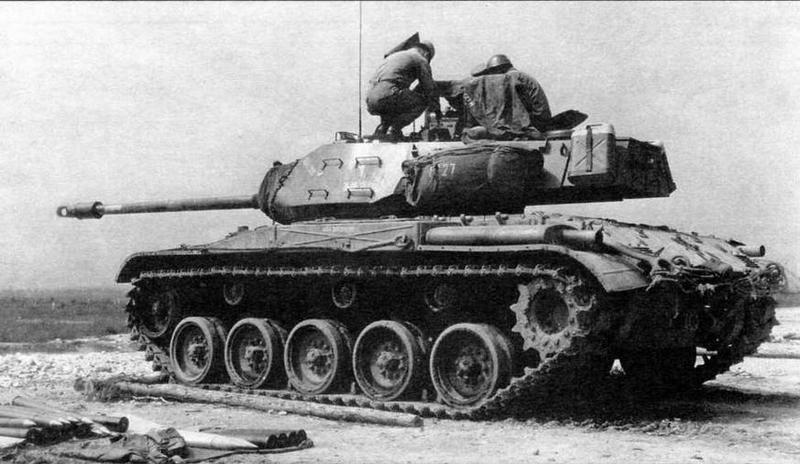 Out of the US Army, M41 took part in many regional conflicts. When the Cuban counter-revolutionaries landed in Playa Chiron in 1961, 5 M41 tanks were brought ashore. They failed to knock out a single Cuban T 34 85 tank (the only “thirty-four” was hit by a Bazooka shot) and were destroyed.

M41 were also in service with the army of South Vietnam during the Vietnam War. During the battles, it was confirmed that attempts to use them as linear ones lead to large losses. And the use of the M41 as scouts was hindered by poor passability and a lack of the ability to swim.

By the end of the 1970s, in order to extend the life of the M41, there were many proposals for modernizing the tank both in armament and in the engine transmission group.

She was planning to modernize her park M41 and Spain. It was proposed to replace the engine with a diesel engine and install a new fire control system. Part of the machines they wanted to convert into carriers of guided missile weapons. But later this program was canceled, and the tanks were decommissioned.

Comprehensive modernization programs were offered by American, German, and Israeli firms. On the M41, they were ready to change both the engine with the transmission (the new engine — diesel from various companies, the transmission — automatic) and the armament — 105, 90 and 60 mm guns (automatic) were offered. Demonstration samples were made, and the remaining demonstration ones.

In world of tanks, the American light tank M 41 Walker Bulldog is at level 8. The tank has a good overview, excellent speed and dynamics. And also good vertical aiming angles. That allows him to comfortably illuminate enemy tanks and inflict damage with minimal risk on return fire. Shooting at enemy tanks from behind hills and terrain.

In terms of its dynamic and mobile qualities, the tank is more suitable for active reconnaissance. With a quick change of flank and taking a more advantageous position for firing. The tank can reach a maximum speed of 68 kilometers per hour. Has an overview of 400 meters.