American medium tank “M26 General Pershing” the development began in 1944. But production began in 1945 and was carried out until 1969. He received his famous name in the honor of General John Pershing. Initially, since the production of the tank was considered heavy. And its direct purpose was to fight German heavy tanks such as the Tiger. But after the war he received a medium tank class. A total of 1,436 units were produced. 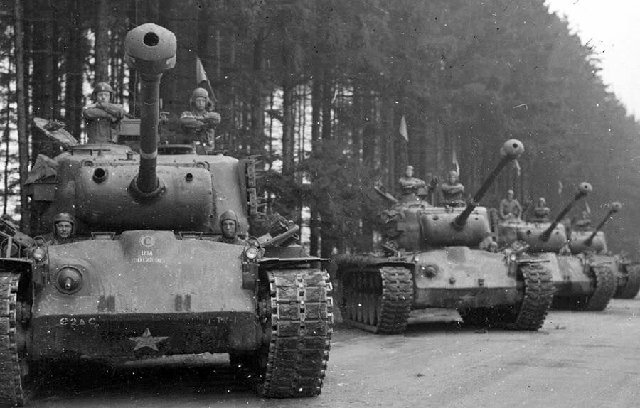 During World War II, the American heavy tank “M26 General Pershing” was quite successful. It was during World War II that this tank was in the class of heavy tanks. The hull of the tank was welded and with rolled sheets. Cast tower with aft niche. Equipped with a 90 mm gun and three machine guns. 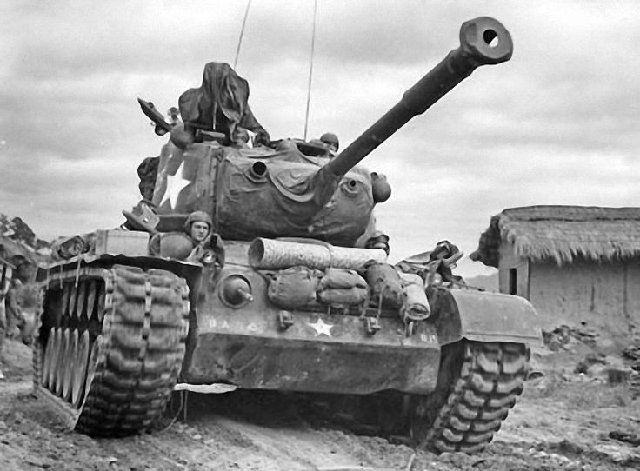 During these military operations, the M26 General Pershing performed well, and the technical problems were not significant. About 30 more tanks were delivered to Europe, but they no longer took combat participation.

“M26 General Pershing” tried to modernize and make an analogue of the “Royal Tiger”. The most interesting thing is that for this modernization, armor from wrecked German tanks was used. Pieces of German tank armor were welded onto the M26 General Pershing and looked like screen armor. And such a modernized tank took part in the battle only once. 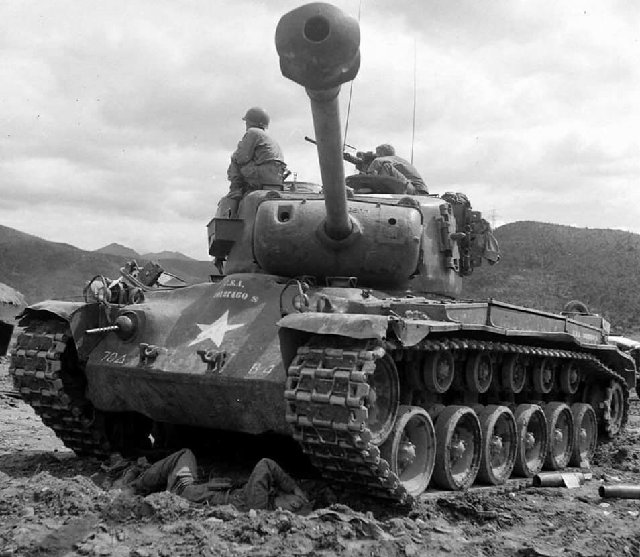 The M26 General Pershing was also sent to Okinawa when the U.S. Army suffered heavy casualties from its Sherman tanks. The dispatch was made around June 21, 1945 at the end of the war for the island.

When World War II ended, the M26 General Pershing were part of the US armed forces and were in battalions. 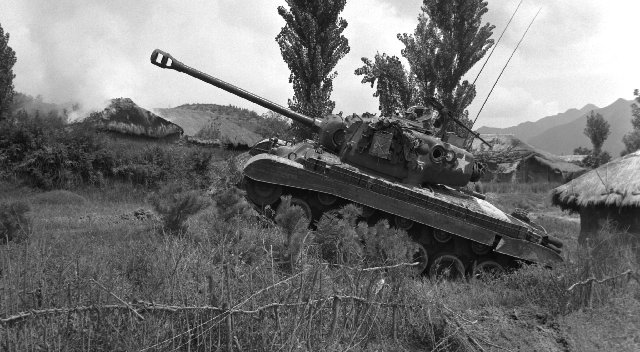 American medium tank “M26 General Pershing” is at the eighth level. A feature of this tank are good weapons at its level and average dynamics. Among the other classmates is in the middle positions. 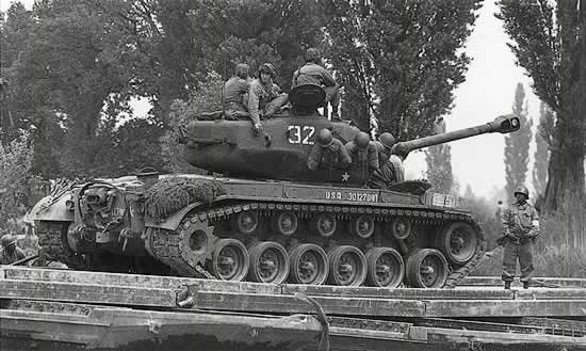 In terms of tactical use, this tank is used as support and cover for allied tanks. The priority position is the second row, due to low booking and mobility. But the positive side of the tank is its weapon.

The tank can be armed with one of 5 cannons provided by choice. The choice is good, but for its level and more successful application, the 90 mm Gun T15E2M2 gun is suitable. The gun is comfortable, and improved shells allow you to break through even 10 levels of tanks in weak spots. But in some cases, the best place to break through a level 10 tank is to board.

Due to the declination of the guns, it is comfortable to play on the tank from the terrain. And the gun’s mask can deter shells from low-level tanks. Perhaps this is the main tactic of playing on this tank, stick out the tower and fire shots at enemy tanks. And then leave to recharge and repeat this procedure. 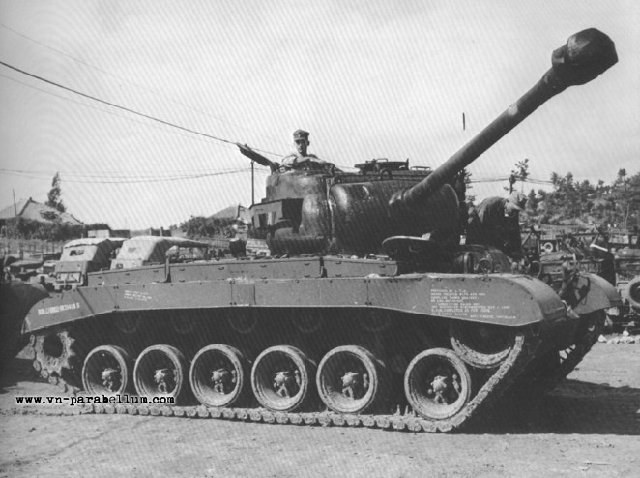 Well, the tank has enough shortcomings that make this tank transitional. Among the shortcomings, one can single out low damage per shot, not very good booking and weak dynamics for an average tank.