On the eve of World War II, the T 26s were mainly armed with individual light tank brigades. There were about 256–267 tanks in each brigade. And individual tank battalions of rifle divisions in which one company is about 10-15 tanks. As part of these units and subunits, they took part in the “liberation campaign.” In the liberation of Western Ukraine and Western Belarus. 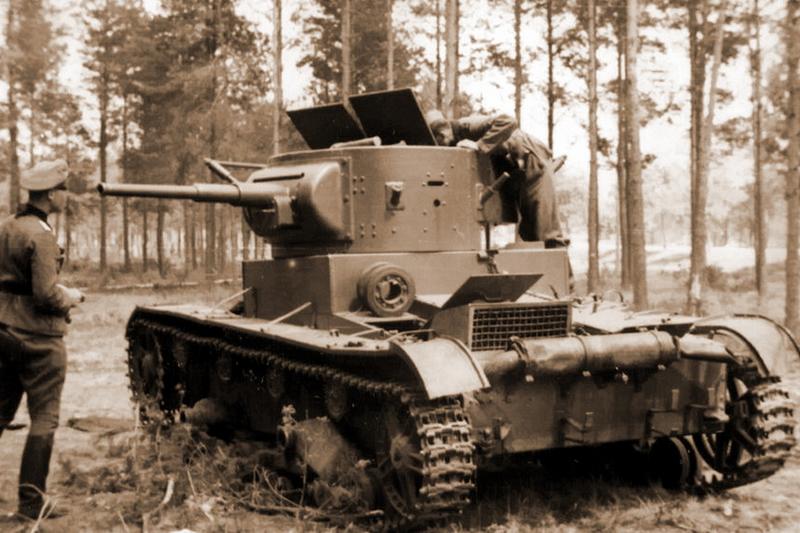 The Soviet army in the war with Finland.

Soviet Finnish called the “winter” war began on November 30, 1939. The 10th Panzer Corps took part in the war with Finland. I am heavy 20, 34, 35, 39 and 40 I light tank brigades, 20 separate tank battalions of infantry divisions. Already during the war, the 29th light tank brigade and a significant number of individual tank battalions arrived at the front.
The experience of the war forced changes to the structure of tank units. So, in the conditions of northern battles, the T 37 and T 38 tanks of the tank battalions of rifle divisions were useless. Therefore, the directive of the Main Military Council of the Red Army of January 1, 1940 provided for having a tank battalion of 54 units of T 26 (of which 15 were chemical). And in each rifle regiment there is a tank company of 17 T 26 units. At the same time, the formation of seven tank regiments of 164 T 26 tanks in each began. They were intended for motorized rifle and light motorized divisions. However, the latter formed only two. 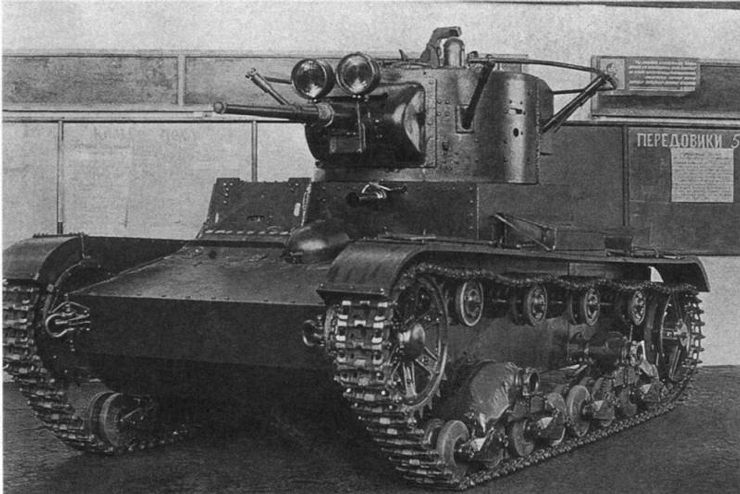 The T 26 tank fleet, used during the “winter war”, was very colorful. In brigades that were armed with combat vehicles of this type, there were tanks from 1931 to 1939 of release. In the tank battalions of rifle divisions of the material part had tanks 1931-1936 years of release. But some parts were equipped with brand new T 26, right from the factory. In total, by the beginning of hostilities in the tank units of the Leningrad Front, there were 848 units of T 26 tanks.
Like combat vehicles of other brands, the T-26 was used as the main striking force during the breakthrough of the Mannerheim Line. Mainly involved in the destruction of fortifications: from the shooting of anti-tank grenades to firing direct fire at the embrasures of Finnish bunkers. 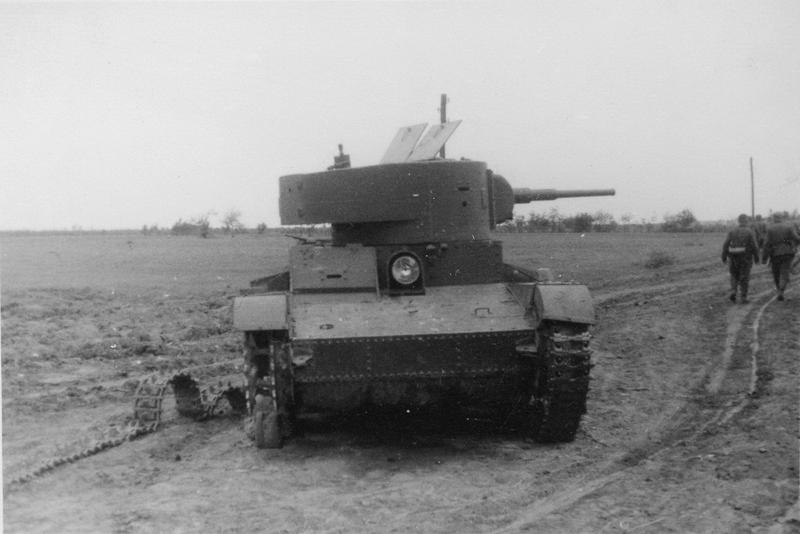 The actions of the 35th light tank brigade are of the greatest interest, since it was this connection that conducted the largest and almost the only battle with Finnish tanks.

In the first days of the fighting, the brigade operated in the direction of Kiviniemi, and then was transferred to the Khottinen area – height 65.5. Until the end of December, brigade tanks, suffering heavy losses, attacked the enemy, supporting the 123rd and 138th rifle divisions, and then were withdrawn to the reserve. In January, the tankers were engaged in the evacuation and repair of the material part. Conducted classes on working out interactions with infantry, sappers and artillery. Given the experience of previous battles, wooden fascines were made. They were laid on a sled attached to the tank from behind. The fascines were intended to fill the ditches and passages between the gouges. At the suggestion of the fighters, a wooden bridge was made to overcome the ditches. It was assumed that it could be pushed in front of the T 26 on the runners. However, the design turned out to be very bulky and heavy, which excluded the movement of the bridge in rough terrain. 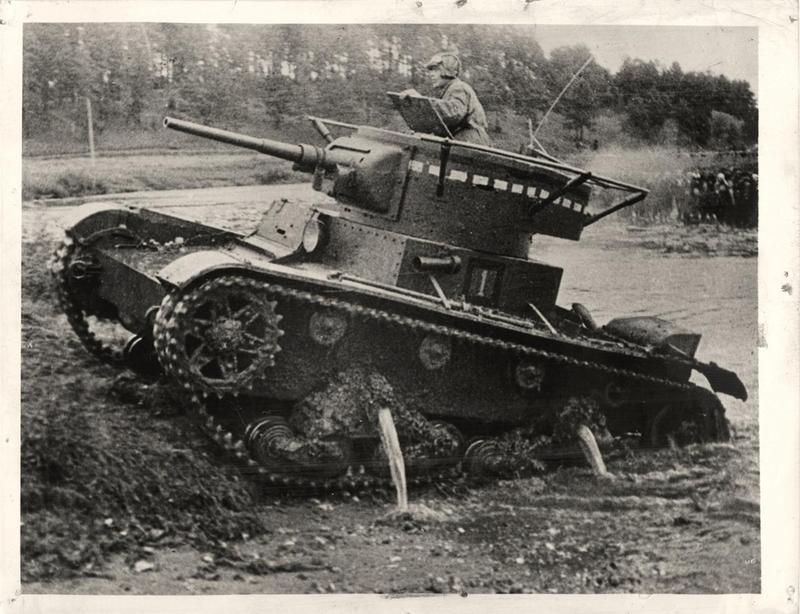 For the entire period of hostilities from November 30, 1939 to March 13, 1940, the Red Army lost 3,178 on the Karelian Isthmus. Of these, 1903 accounted for military casualties and 1275 for technical reasons. Losses of T 26 tanks of all options amounted to about 1,000 units. That is, the number of T-26 tanks exceeded at the beginning of the war. However, during the fighting, tanks from factories arrived as replenishment. And as part of the new tank units being flown to the front. In February 1940, for example, the 29th Light Tank Brigade consisting of 256 units of T 26 tanks arrived at the Karelian Isthmus from Brest.

On June 1, 1941, the tank forces of the Red Army had 10,268 units of T 26 tanks of all modifications. Including special, which amounted to 39.5% of the entire tank fleet of the Red Army. In total, in the western, or, as they are often called, border military districts, by June 1, 1941, there were 4875 units of T 26 tanks of all modifications. Of this number, 709 T-26 units belonged to the 3rd and 4th categories. These are the categories that apply to tanks after repair. Also in the composition were tanks that fell into categories 1 and 2. This is the category to which the equipment belongs as operational and suitable for use. About 3339 units of tanks belonged to these categories. And it did not require much repair to replace batteries, rollers, track tracks, and so on. But because of the shortage of spare parts, they stood without movement. 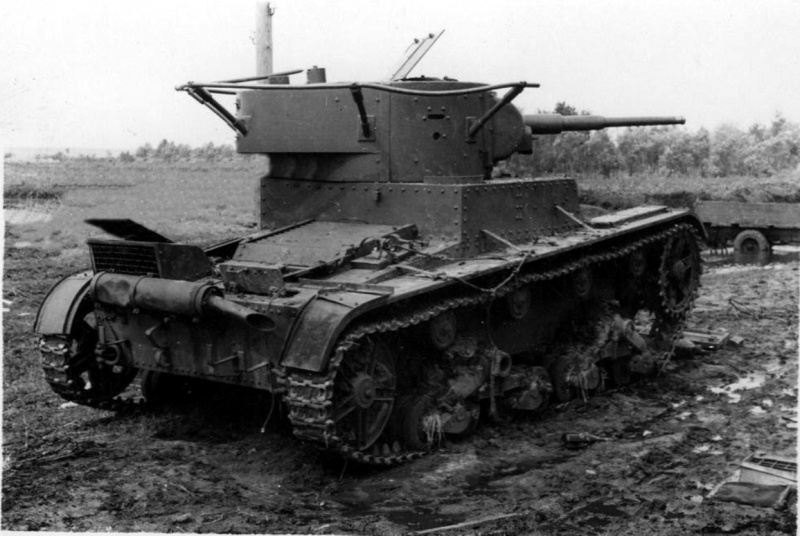 Thus, in the five western military districts there were approximately 3100–3200 technically sound T 26 tanks and vehicles based on them, which is slightly less than the German tank fleet intended for invasion of the USSR, and about 40% of the total number of Soviet tanks in these counties.