The Italian medium tank M 14/41 was the subsequent improved modification of the production tank M 11/39. The creation of which served as a military clash with Spain. As a result of which the Soviet tanks T-26 and BT-5 exceeded the existing Italian armament. As in previous versions of tank weapons, the Italians copied ideas from other countries and their weapons.

This happened with the predecessor of the tank M 14/41 medium tank M 13/40. Which was created on the basis of the Vickers tank, the Soviet T-26 and the Czechoslovak LT vz. 35. In terms of its armor, the tank was improved by analogues, and the suspension was copied from Chekhov. The result was a tank with more competitive parameters. 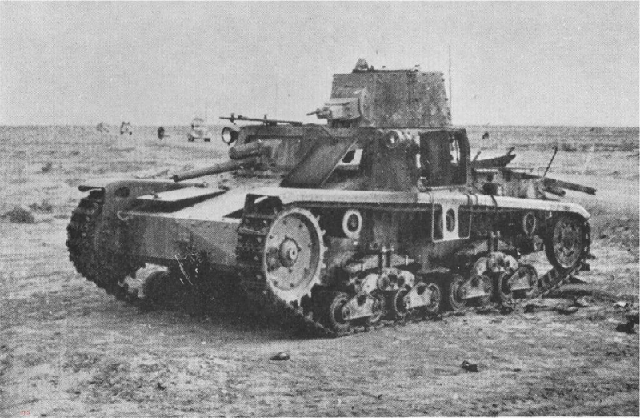 As mentioned above, the Italian medium tank M 14/41 is an improvement on previous versions. Large-scale production began in June 1940. And the company Fiat Ansaldo has been developing since 1939. In total, about 1,405 tanks were produced, which was carried out until 1942.

The first modifications were designated M13 / 40, which did not have a radio station. The case was made of steel sheets with riveted fasteners. The crew could enter the tank from the side.

The Italian medium tank M 14/41 was modified with air filters and another Spa 15TM41 engine. When entering the troops, the soldiers did not have complications with his control. Which in turn accelerated the rearmament process. And in 1941, the fleet was updated by marking the M13 / 40 tank on the improved M 14/41. 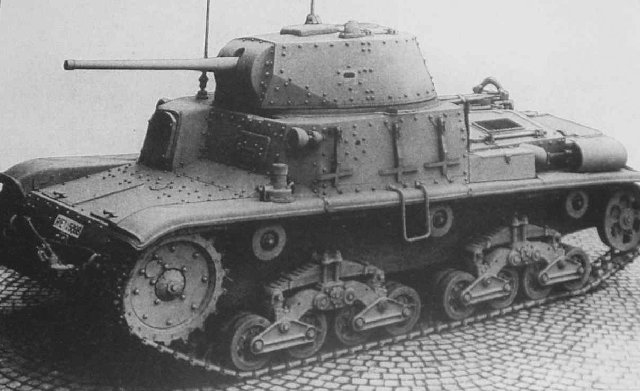 But despite the fact that the Italians improved the tank. On the world stage, it was not very competitive, since other countries for this period by 1942 already had more modern weapons.

Five battalions were equipped with the new M 14/41 medium tanks in 1942. Equipped battalions fought in Africa, the results of which were lost. And after the surrender of Italy, one captured tank went to Germany.

The main threat to the Italian medium tanks M 14/41 was the British tanks Matilda and Valentine. 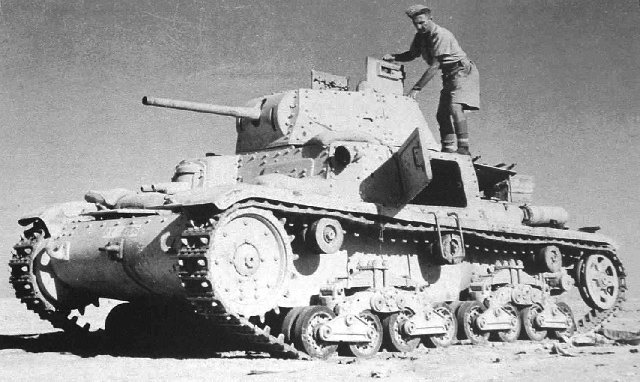 In the online game world of tanks, the Italian medium tank M 14/41 is at level 2. Among its classmates, the tank has decent strength points, which increases survival in battle, as well as good booking. Booking a tower in the forehead is 42 millimeters.

It can reach a speed of 32 kilometers per hour, which is slightly less than the average among most classmates. Speed ​​is not the best friend of the tank, but still allows you to move to another flag.

Given such a speed on the Italian medium tank M 14/41, you need to immediately choose the direction. And it’s better to pair with some ally to cover each other.