The Italian medium tank P 26 \ 40 began to be developed in 1940. Like previous tanks, Italians created by copying from other available tanks from other countries. Introduced into mass production only in 1943, and the first prototype was developed in 1942. Such a long time for the implementation and creation of the tank occurred due to overstated technical requirements and the lack of a powerful engine. For the entire production period, 101 units of the tank were manufactured, but only 61 units of the tank were made capable of movement. 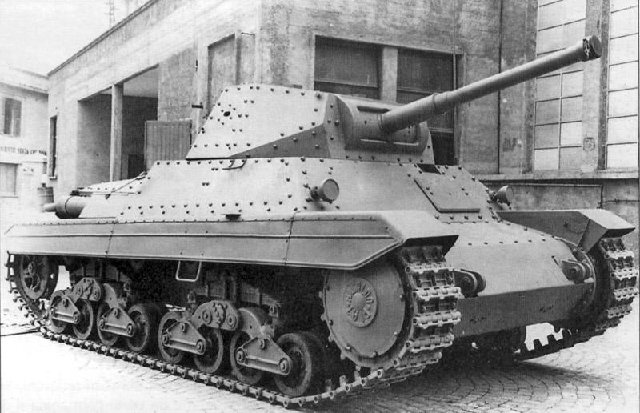 During the fighting between the countries, an arms race was fought. And the Italians, to at least somehow stay afloat, needed something to compete with. Having tanks, although they were called medium in the armed forces of Italy, in fact they were more in line with the class of light tanks.

The medium tank P 26 \ 40 was no exception and it was based on the Czech tank LT vz. 35 and the Soviet tank T-34. A suspension was borrowed from the Czech. And from the Soviet T-34 copied the silhouette and angle of inclination of the armor.

When creating a new battle tank, demands were made in armament and armor. The technical tasks included increasing the combat power of tanks and strengthening reservations. Such tasks were set due to the fact that having tanks could not withstand other tanks from other countries. Tanks easily made their way through anti-tank guns, and the weapons were enough to defeat light tanks and infantry.

To solve the tasks, the Italians developed a tank with a mass of 26 tons and equipped it with a 75 mm Mod gun. 75 \ 18. The thickness of the armor is 50 millimeters according to plan. According to its characteristics, the tank corresponded more to the class of heavy tanks. The speedy release of the tank was the lack of an engine that could budge such a heavy car.

Full-fledged serial production of P 26 40 tanks was started in 1943, when Italy was already capitulated and was under German control. At this point, the Italians developed an engine at Fiat SPA 342, which had 330 horsepower and allowed the tank to accelerate to 49 kilometers per hour. And on a full tank, you could drive about 280 kilometers. 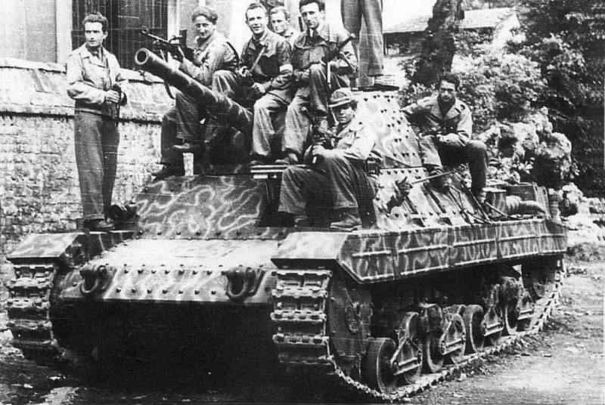 The newly created P 26 \ 40 tanks entered the troops in the 4th tank artillery regiment, and only then were equipped with other formations. Of those produced tanks that were not capable of movement, bunkers were equipped on the coast of Tuscany. The tank participated in combat in 1944-1945 and fought against Italian and Yugoslav partisans. And in 1945 there were military clashes with American troops.

During the Second World War, among the tanks that were made in Italy, the medium tank P 26/40 was considered the strongest.

The Italian medium tank is on level 4. According to historical information, the tank was initially made as heavy, but in the game the developers decided to assign it a medium tank class. By its reservation, it ranks among the best at its level. The tank has a frontal projection of armor of 50 millimeters of armor.

One of three cannons is available from armament to choose from: Cannone da 47/40, Cannone da 75/32 and Cannone da 75/34. We can single out Cannone da 75/32 as a comfortable gun, it is not much worse than Cannone da 75/34, but it weighs less and makes the tank a little faster in speed gain. Also, the rate of fire is higher, and this is a significant indicator on the battlefield. But less penetration of armor is only 5 units, which is almost invisible.

From this we can conclude that the tank is normal at its level. And if you are on the top lines with enemy tanks, then you can use the breakthrough tactics and push forward directions with your allies in the forefront.

But if we are in the lists below, it is better to choose the role of the support tank and choose the second row.