The first U.S. Army unit to receive the M4 and M4A1 tanks in the summer of 1942 was the 2nd Panzer Division. However, the development of new equipment by American tankers did not last long. Soon, almost all the “Sherman” divisions, like most newly released, were sent to England.

Tank units of the 8th British Army in July August 1942 suffered heavy losses in North Africa during the battle of El Ghazal, the abandonment of Tobruk and a retreat to El Alamein. British industry could not quickly make up for them, and W. Churchill personally appealed to F. Roosevelt with a request for emergency assistance. In September 1942, 318 M4A1 and M4A2 tanks arrived in Egypt and were immediately sent to British workshops in Tel el Kabir and El Abassiya, where they were retrofitted in accordance with the requirements of the theater of operations and the English army. M4A1 “Sherman” received radio stations No. 19, boxes for spare parts and equipment of the English sample, camouflage nets and wings of a special shape that reduced the cloud of sand dust from the tracks. In addition, combat vehicles were repainted in desert camouflage. 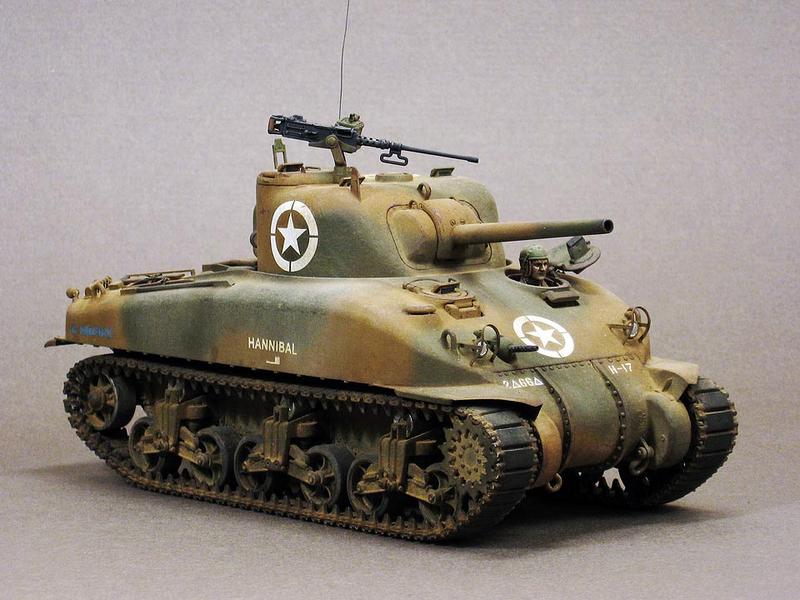 By the beginning of the second battle at El Alamein on October 23, 1942, 251 M4A1 Sherman tanks were in the first line of General Montgomery’s 8th Army. Most of them were in the 1st Panzer Division, in the regiments of which – 9 m Ulansky (9th Lancers), 10 m Hussars (10th Hussars) and the regiment of the Queen’s Bays — there were about 90 M4A1 Sherman tanks. Tanks of this type were also part of the 10th Panzer Division, the 24th and 9th separate tank brigades.

The battle at El Alamein, which became a turning point for the entire North African campaign, was won by the British, largely due to the presence in the British troops of a large number of M4A1 “Sherman” tanks. The guns of most tanks of the German African Corps were powerless against the new American combat vehicles. By the beginning of the battle, the Germans could oppose the 74 Pz.HU and 27 PZ.IVF2 tanks with already existing British Grant tanks to 165, the long-barreled 50 and 75 mm guns of which could penetrate their armor. The entry into the battle of two and a half hundred even more powerful and modern tanks was a complete surprise for the Germans and finally turned the tide in favor of the British. 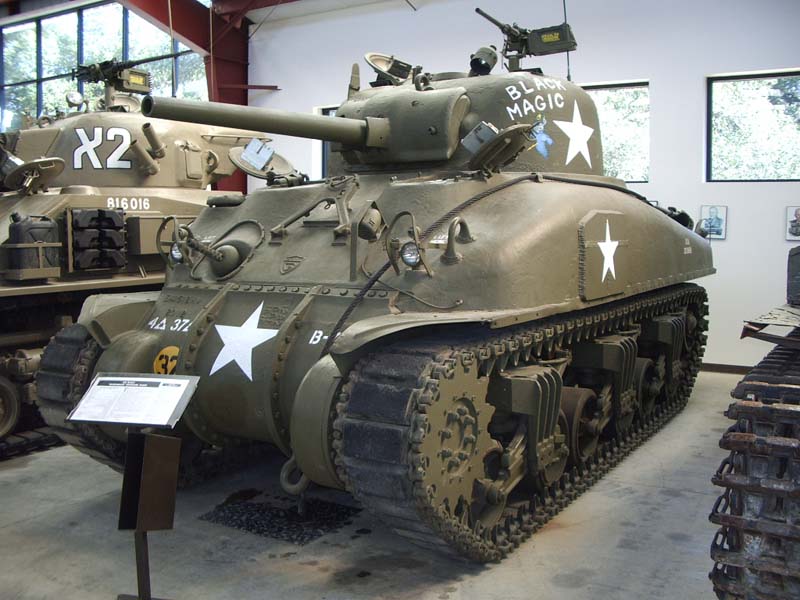 The 2nd American Panzer Division again received the M4A1 “Sherman” from industry in the early fall of 1942, when preparations were underway for Operation Torch, a landing in French North Africa. The 1st Panzer Division during this period was equipped with M3 medium tanks, with the exception of the 2nd and 3rd battalions of the 1st Tank Regiment, which were armed with the M4 and M4A1.

The M4A1 Sherman’s combat debut as part of the US Army took place on December 6, 1942, when a platoon of the 66th Panzer Regiment of the 2nd Panzer Division attacked German anti-tank positions near Diebel Bu Aucar in Tunisia. Due to the inexperience of the crews, most of the American tanks were knocked out. The first major clash with German tanks took place in February 1943 in the course of repulsing the counteroffensive of the African Corps (Operation Fruhllingswind). On February 14, the 1st Panzer Regiment of the 1st American Panzer Division lost 44 M4A1 Sherman tanks. 15 of which destroyed the “tigers” of the 501st heavy tank battalion. The counterattack that followed the next day cost the Americans 40 more M4A1 tanks, but at the same time they shot down 19 German tanks. 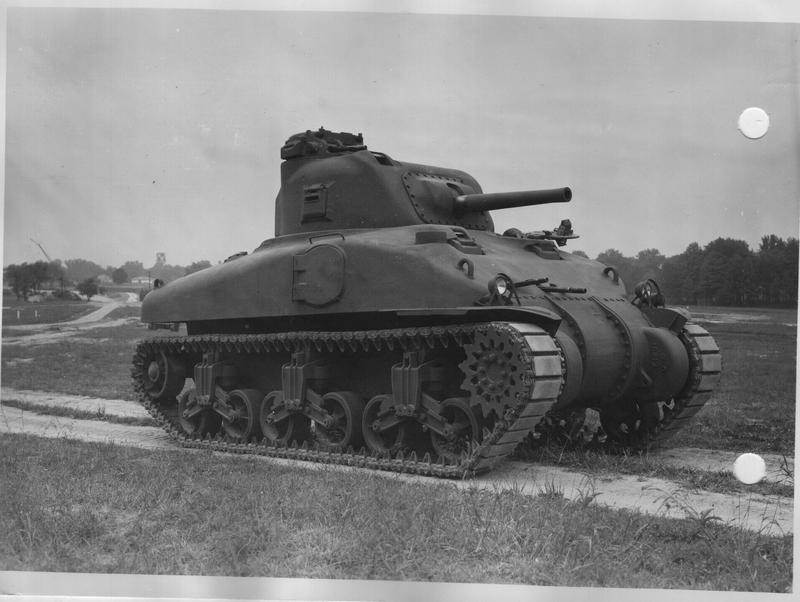 The next major operation, in which M4 and M4A1 took part, was Operation Husky – the landing of the Allied forces in Sicily. Of the American Sherman tank units and units participating in it, the 2nd Panzer Division and the 753rd Panzer Battalion were armed. The Americans had to deal with the tank division “Hermann Goring” (Hermann Goring) and 504 m heavy tank battalion. There were no serious tank battles in Sicily, basically everything came down to local battles and minor skirmishes. 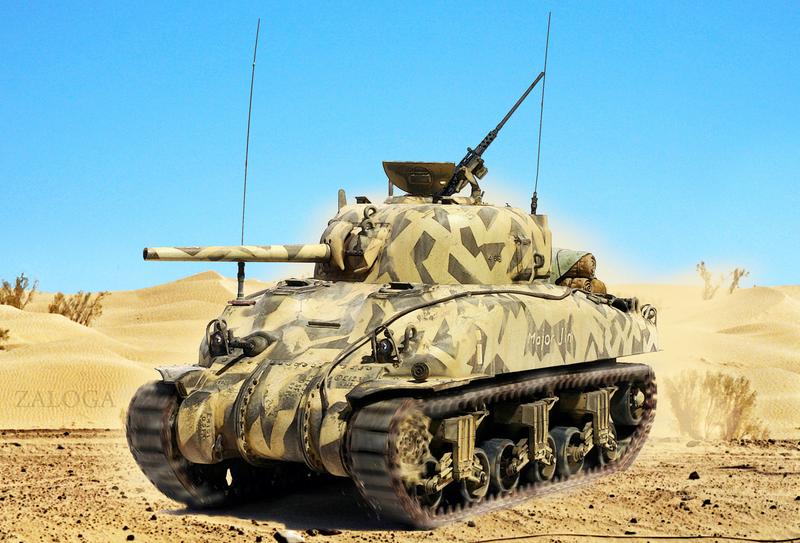 The largest battle took place on July 16, 1943, when, when a German attack was repelled, the Americans shot down 44 tanks, of which 14 were tigers. However, in this case, as in many others, the lion’s share of the enemy tanks was killed not by tankers, but by artillerymen and infantrymen from their “bazookas”. The 1st Tank Division took part in the battles for Italy. On January 22, 1944, as part of the 6th American Army Corps, she landed on the Apennine Peninsula near Anzio. June 4 “Sherman” 1st Panzer entered Rome. It should be noted that the “Sherman” were in service with many British tank units that fought on the Italian front.