Hello dear friends! In the near future, we will see the continuation of the legendary game Company of Heroes, from the developers of Relic Entertainment. The new sequel will be called Company of Heroes 3, the third part promises to be even more interesting and will send players to the Mediterranean in the period from 1943 to 1944.

About the plot of the game Company of Heroes 3.

The new company will show players a theater of war in Italy, with beautiful landscapes and terrain. The Italian army was well depleted after the First World War and in a sense the country was in some kind of disarray. And the entire territory of Italy is occupied by German troops.

The allied states of America and Britain are trying to liberate the besieged territories from the German army. And the first landing on the territory of Italy was the coast of Naples. During the battles, the ally managed to recapture the Naples area. Land the main forces in this area and establish a military base.

About the gameplay of Company of Heroes 3.

Before starting the campaign, players can decide on the complexity of the passage. There are several scenarios “American”, “British” and “Combined” to choose from. Each of the possible scenarios gives players different playthroughs, including tactical and strategic actions. The “combined” scenario opens up the possibility of balanced planning, in which more powerful combat units can be at the disposal.

The “American” scenario of the passage obliges the player to act in an attacking mode and conduct rapid offensives. At the same time, American technology has its own design features and advantages. The American faction is the most difficult, but there are support centers in the reserves. 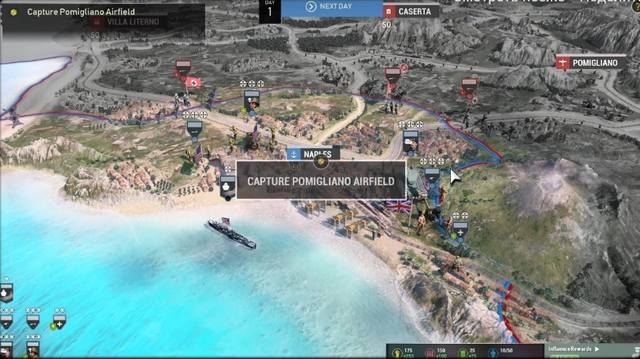 In the “British” scenario, players will have to repel the attacks of the enemy army and hold positions. British technology is also different from the American one and has its own distinctive features. In our opinion, this is the simplest faction, since it has a linear development tree.

Having chosen a certain scenario, the players first find themselves on the global map, where they can select the territory for the attack and see the disposition of the troops. The troops located on the global map can be controlled and conducted combat operations. For example, you can use the support of the naval forces and attack enemy units. Attacked opponents can receive a weakening of the army or lose control of the territory. 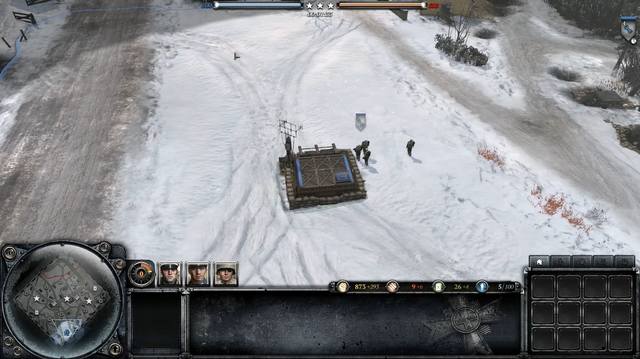 The RTS mode is activated when you need to capture a special territory on the global map. At the beginning of the game, players are given a certain amount of resources and fighters. And also the main base in which you can hire ordinary engineers. Before developing, it is advisable to pay attention to the tactical map, where you can see the values ​​of the controlled areas. Further victory can depend on correct initial planning and offensive. Since each controlled area provides resources for development and can speed up the replenishment of resources. And the capture and retention of “victory points” provides guarantees of victory over the enemy.

About the options for defeating the enemy army.

Company of Heroes 3 offers several ways to defeat the enemy. One of such methods is to hold “victory points”, which are displayed as stars on the map. Captured in the same way as all other Territory Conquest positions. By retaining most of the territories, you can achieve domination over the enemy and achieve its weakening. 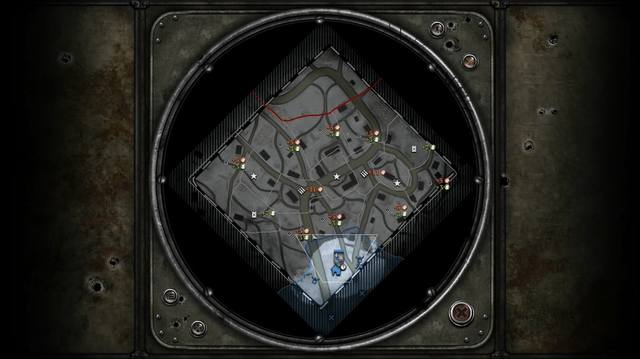 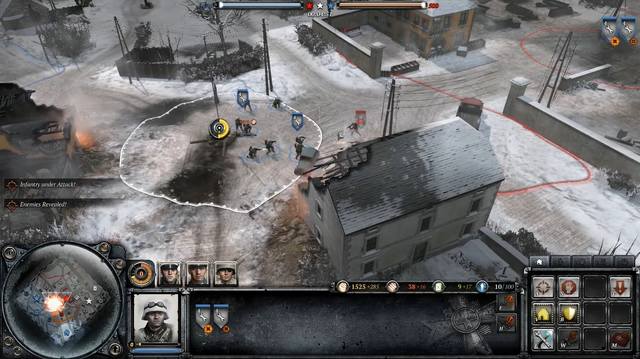 On the battlefield, players have access to several types of resources – ammunition, fuel and “victory points”. Ammunition is needed to improve the weapons and abilities that the commanders can use. Fuel can be used to purchase vehicles, buildings and structures that can provide a significant advantage on the battlefield. Each type of resource is valuable in its own way, so it is important to use resources wisely to increase your strategic advantage.

Victory by defeating an enemy base in Company of Heroes 3.

The second way to defeat the enemy is to completely destroy the soldiers and the base. To win in the second way, you will have to work hard, since the enemy’s army’s military reserves are regularly replenished. To interrupt the replenishment of the enemy army, you need to try to actively seize resource territories. Subsequently, it may be possible to strengthen your own army and organize a swift attack on the main territory of the enemy army.

Company of Heroes 3 allows players to use tactical maneuvers with ground, air and sea forces. At first glance, everything seems quite simple, but the enemy sides also use different types of troops and do not sit in one place.

To win, you need to understand what types of fighters and combat units can successfully resist the enemy. Almost every combat unit has its own advantage over another combat unit. And even if you choose one specific type of technique, you can be defeated. For example, tanks that are well armored, but without the support of infantry or air forces, can be destroyed. Since enemy fighters can simply place mines on the territory or they are attacked by enemy aircraft. 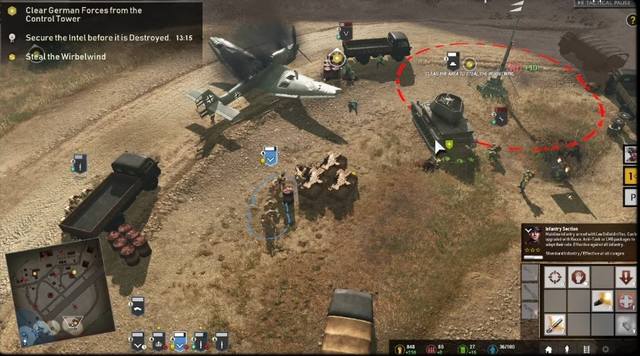 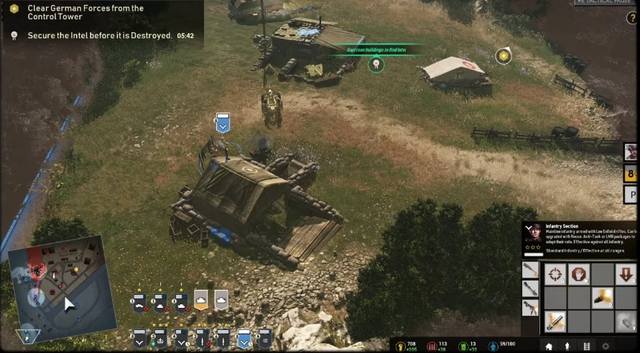 About the balance of the game Company of Heroes 3.

The balance of replenishment of the army is set up in such a way, the larger the army, the slower the increase in the call of fighters. At the same time, when the number of the army is relatively small, the increase in the resource of fighters is much faster. At the beginning of the game, such an increase may not be noticeable, since the number of fighters is small. This balance has been implemented to make it easier for weak players to stay on the battlefield longer. Nevertheless, an army with a large advantage in numbers will be able to more easily hold controlled territories. And this, in turn, can contribute to victory. 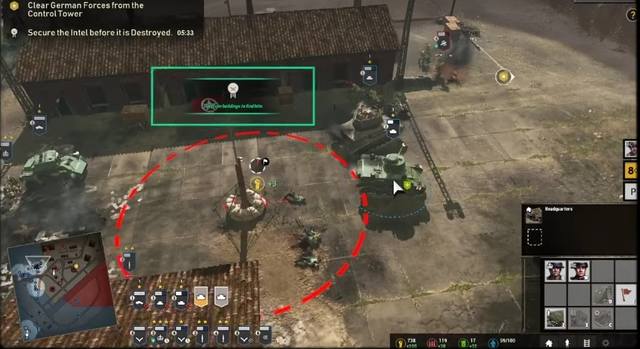 Conclusion on the game Company of Heroes 3.

The graphics of Company of Heroes 3 are at a fairly high level, which is quite impressive for games of this genre. Tactical actions are also quite interesting, soldiers can enter buildings and hide from shelling. Almost all buildings on the map can be destroyed by shelling. And for tactical maneuvers, there is a large number of military equipment and the possibility of calling for support.