German light tank Pz. Kpfw. 2 is the next modification of the previous Pz tank. 1. The new version has improved armor and weapons. The production of the tank was carried out from 1941 to December 1942. And the total output was 524 tank units.

The first technical requirements for the release of a new tank were presented in 1934. These requirements were developed by the Arms Directorate. Which prescribed the basic conditions for the tank, which was supposed to correspond to a mass of 10 tons and armed with a 20 mm gun. The claims were sent to the three firms Maschinenfabrik Augsburg Nurnberg (MAN), Henschel und Sohn AG and Friedrich Krupp AG. 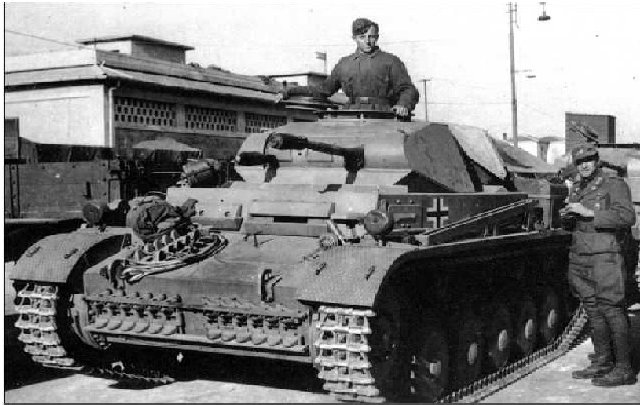 After the development period ended, firms showed their creations to the Arms Control Commission in 1935. At the same time, two companies did not succeed in having a full tank and they presented only a part of the tank.

Henschel und Sohn AG and Augsburg Nurnberg (MAN) were only able to develop the chassis. Henschel has provided its designed chassis with six track rollers. While MAN in the development of the chassis used the design of the British company Carden Loyd, also on six road wheels, which was chosen for the subsequent production of the tank.

But the company Friedrich Krupp AG was able to provide a prototype tank LKA 2, which was only an enlarged version of the tank Pz. 1 and with new weapons 20 mm gun. But the hull of the tank was made by Daimler Benz. 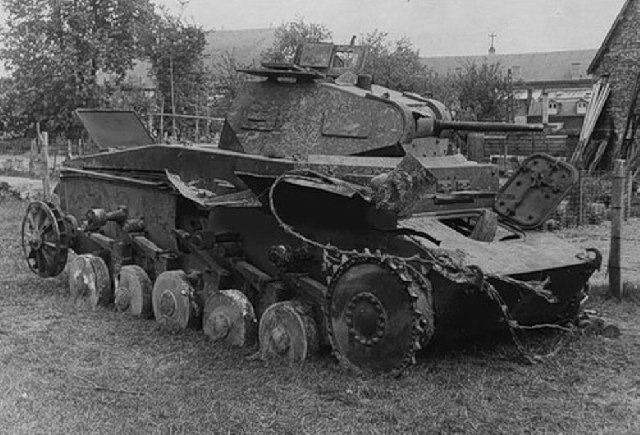 The production of the tank was carried out at several plants, and the tanks themselves had several serial modifications in the production process. The so-called prototypes with the possibility of movement and combat participation were originally produced. Pz.II Ausf. a 1; a 2; a 3.

German light tank Pz.II Ausf. A 1. The first batch of tanks in the amount of 10 units was equipped with machine guns. Released from the assembly line in 1935. The tanks were equipped with gasoline engines with a capacity of 130 horsepower. The tank could gain speed up to 40 kilometers per hour, and on one tank it could move 210 kilometers without stopping.

Reservation of the case ranged from 5 to 14.5 millimeters. The armament was installed gun KwK 30 caliber.

During operation on tanks, the military revealed some shortcomings, which were subsequently finalized in the next version.

German light tank Pz.II Ausf. A 2. In total, 15 units of tanks were released in which minor changes were made. Improvements concerned the cooling system of the generator and ventilation of the fighting compartment.

German light tank Pz.II Ausf. A 3. We improved the engine partition and access to the fuel system, for this we made hatches in the bottom of the case. In total, 50 units of tanks with such modifications were developed. 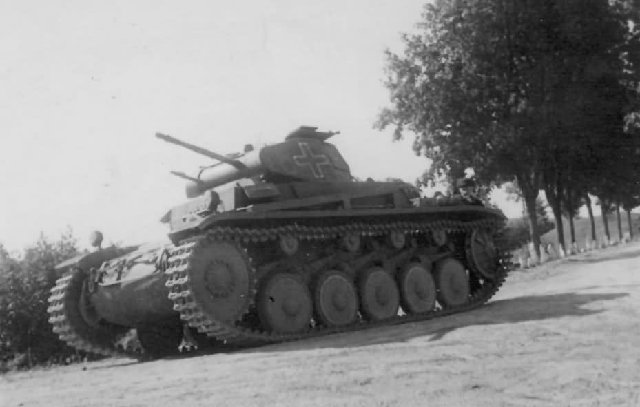 In total, about 25 units of these tanks were produced, from 1936 to 1937. Basically, the chassis of the tank was modernized. Other rinks and other wheels were installed on the tank. The engine improvement was also affected. Now the Pz.2 tank had 140 horsepower with a Maybach HL 62TR engine.

When testing the previous production prototypes, disadvantages regarding the chassis were eliminated. And at the beginning of 1937 a tank was launched with a new chassis system for PZ 2. In the chassis there were rubberized rollers with sheet stops.

Of all the modifications, the tank began to have a smooth ride on the non-road section of the road and good speed on the highway for that period of time.

In 1937, the first mass production at the Henschel and Alkett plants began. The finished tank immediately received a 140 horsepower engine powerplant and a modified trans mission from prototypes. And in the case, the visibility of the driver mechanics was improved by installing new viewing slots.

In the version of the tank with the index “B” there were no big changes and improvements, compared with the version Pz.2 Ausf A. Improvements concerned only in order to simplify mass production.

In the production tank Pz.2 Ausf.C, observation devices were improved. 50 mm thick glass was installed in the viewing blocks. The production of this tank was carried out from 1939 to 1940. 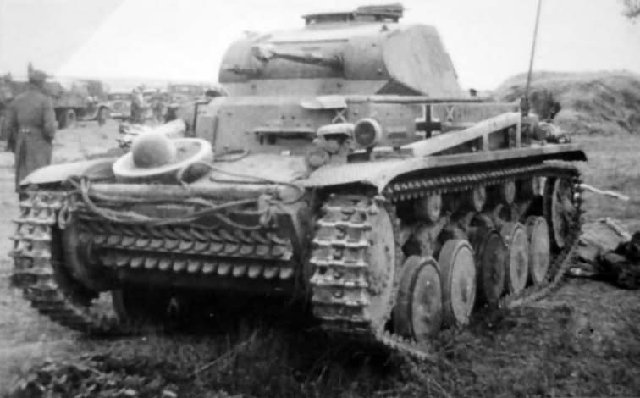 They modernized the tower by installing a commander’s turret for circular observation. And tanks that needed major repairs from previous modifications were also refined under the “C” series.

In the process of creation and operation, the protection systems were also finalized. Additional protection in the form of armor plates at an angle of 70 degrees was welded to the Pz.2 tanks. But the weapons decided to leave the same. For the reason that there were few in the tower

Not surprisingly, on the tanks of the Pz.2 series, the transmission was located in front, but with an offset to the starboard side. The crew could move around the tank in the port side.

The hull of the tank was welded from rolled steel sheets. The driver mechanic could take his workplace through the hatch in the frontal armor housing. 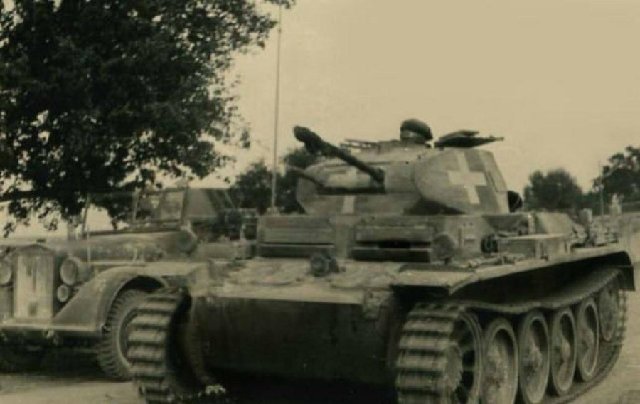 And the tower was welded and hexagonal with an offset to the left. The crew could rotate the tower manually. Also in the tower were inspection hatches and ventilation openings with armored covers.

The German light tank Pz.2 is on the second level. Among its classmates, the tank has good mobility and not bad armor. In addition, it is equipped with an automatic gun, which makes it a good scout and support tank.

Pz.2 is a universal tank for any tactics of the game, with good mobility you can easily spin a slow enemy. And change directions moving from flank to flank. In the end, as a support tank, this is the most suitable role for him.

Vulnerabilities are considered feed, with frequent hits and penetrations, the tank is exposed to fires. So try not to open and stick to the enemy with the frontal part of the tank. Playing a rhombus from behind cover is possible, but in the case of playing with classmates.

If tanks of level 3 appear, it is better to stick to the second row and show support when changing position.