At the initial stage of World War II, armored cars did a good job of reconnaissance in the interests of the tank and motorized units of the Nazi Wehrmacht. Their use in this role was facilitated by both the extensive road network of Western Europe and the lack of massive and well-organized anti-tank defense in the enemy. 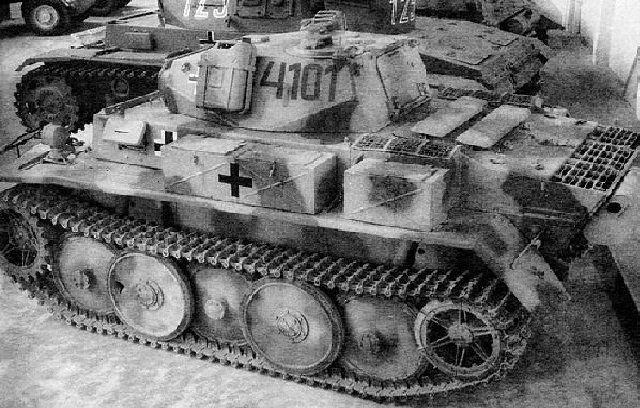 After the German attack on the USSR, the situation changed. In the USSR, the German army was faced with the problem of movement, because of the poor roads the attack was difficult. With the onset of autumn rains, German armored car intelligence was hopelessly stuck in Russian mud and ceased to cope with the tasks assigned to it.

In order to somehow improve the situation, half-track armored personnel carriers began to be transferred to reconnaissance battalions. However, the need for a special reconnaissance tank became apparent. In this regard, they began developing new tanks based on intelligence.

The German light tank VK 1602 Leopard was a development of the experimental Pz.II Ausf.L Luchs, made in 1940. The latter was conceived as an infantry support vehicle and had a very powerful reservation for a light tank – from 50 to 80 mm. Structurally, it was similar to other experimental vehicles of the period – VK 901 and VK 903 (weapons – similar). VK 1601 Leopard received the army index Pz.II Ausf.J. Seven of these vehicles underwent military tests in the 12th Panzer Division on the Eastern Front.

However, from its predecessor, “Leopard” borrowed only the thickness of the armor plates, otherwise it was a completely new combat vehicle, which is sometimes called Little Panther.

The armor of the tower of the German light tank VK 1602 Leopard was 50–80 mm, the hull – 20–60 mm. The combat weight increased to 26 tons. Overall dimensions reached 6450 mm in length, 3270 mm in width and 2800 mm in height. 550L HL 157 carburetor engine from. (404 kW) accelerated Leopard to a maximum speed of 50 km / h (according to other sources – 60 km / h). A feature of the tank was the aft transmission layout, not typical of German tank building. A 50 mm KwK 39 gun with a barrel length of 60 calibres and a coaxial MG 42 machine gun of 7.92 mm caliber were installed in a streamlined welded turret. The gun was equipped with a two-chamber muzzle brake. Characteristic external features of the tank were the commander’s turret and a cast mask of a Saukopf gun – a “pig’s snout”. Chassis “Leopard” consisted of six road wheels on board, staggered. The width of the tracks is 350 mm. Crew – 4 people.

The prototype was launched on April 30, and it ended September 1, 1942. “Panzerprogramm 41” provided for the release of 339 “heavy intelligence”. Serial production was supposed to begin in June 1943. However, in February the order was canceled. This decision is understandable – for reconnaissance in battle, a heavy reconnaissance officer turned out to be too heavy. With a mass greater than that of the medium tank Pz.3, the Leopard was armed in the same way and differed for the better only with more powerful armor and better maneuverability. But both of these did not leave him any chances when meeting with the Soviet T 34 or the American Sherman. So, besides the prototype, not a single Leopard was built. The tower, designed for this tank, was used on the heavy four-axle armored vehicles Sd.Kfz.234 / 2 Puma, however, in a slightly lighter version, without a commander’s turret.

The German light tank VK 16.02 Leopard is on the fifth level. It has good dynamics and frontal armor, located at a rational angle. The main direction is intelligence. The tank can serve as a passive scout, as well as an interceptor of enemy light tanks.

Due to its balanced technical characteristics, VK 16.02 Leopard can be used in different ways. As mentioned above, the priority is when playing on this tank you need to shine enemy tanks.

The German light tank VK 16.02 Leopard can produce both active and passive light. The combination of speed and firepower allows the Leopard to also be an excellent interceptor for enemy scouts. Due to the normal booking with good angles, for guns of light tanks of classmates.

Despite its speed, the tank is difficult to control in corners, the tank turns reluctantly. Armed with a fairly good gun 5 cm Kw.K. 39 L / 60L which penetrates 100 millimeters of armor with a basic projectile.

With active and passive reconnaissance, as well as in combat configuration, the basis is armor-piercing shells. There is enough penetration to break through tanks of the 7th level. But if possible, install 10-16 sub-caliber shells. 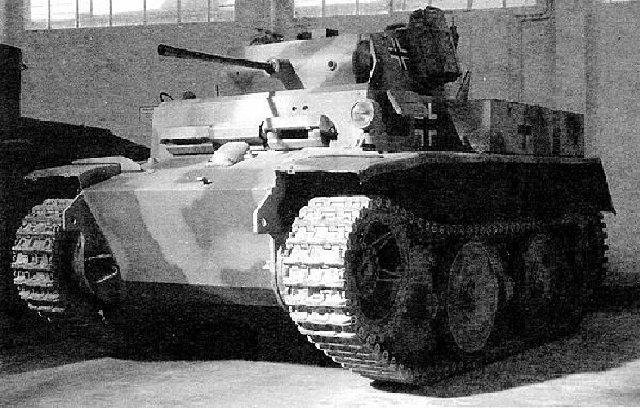 If you install a gun, it is possible you can equip a landmine. But you can not use landmines, because the caliber is small. The use will be advisable if you take such shells to shoot down the tracks of enemy tanks.

But in the case of a machine gun, it is better not to take a landmine at all. Because of small penetration, they are meaningless. The basis is armor-piercing shells, and optionally you can put sub-caliber shells.