In the game Ghost of Tsushima there are unique places where the character can get rare types of armor. You can get them by completing side quests with musicians in settlements. At the same time, in some tasks you will have to spend a lot of time to find clues.

If you move in the right direction and complete tasks, you can reduce the time spent looking for the right places. Having reached the required place and completing the task, the path will open to another secret place. When all the stages of completing the tasks are completed, the last task appears with the approximate location of the unique equipment.

In search of Gosaku’s armor in the game Ghost of Tsushima.

You can get the armor of Gosaku after talking with a musician who will tell the legend about the peasant Gosaku. About how he managed to become the owner of the legendary samurai armor and use them for their intended purpose. As well as the location of the necessary places, after which the path to obtaining armor will open.

It is important to note that the quest “Invincible Gosaku” can be obtained after the character Jin Skye rescues his uncle.

About the legend of Gosaku in the game Ghost of Tsushima. 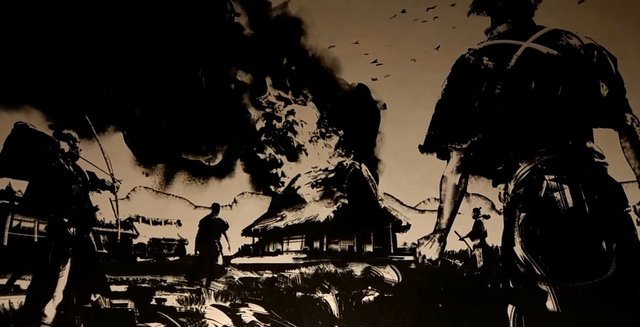 Several centuries ago, Tsushima was attacked by Red Hand robbers from Akashima. Rural settlements and peasants living in them suffered. One day, a peasant named Gosaku heard the voice of the spirit of a fallen samurai. Walking in the direction of the spirit, Gosaku found the body of a samurai in beautiful armor. The peasant Gosaku could not resist and took off the armor from the killed samurai, taking it for himself.

Once again the village settlement was attacked by robbers from the “Red Hand”, in which the peasant Gosaku lived. The peasants living in this village understood that they could lose a lot of what they had. And they decided to repulse the invaders. The peasants had only tools from weapons and Gosaku decided to use the armor of the fallen samurai for protection. 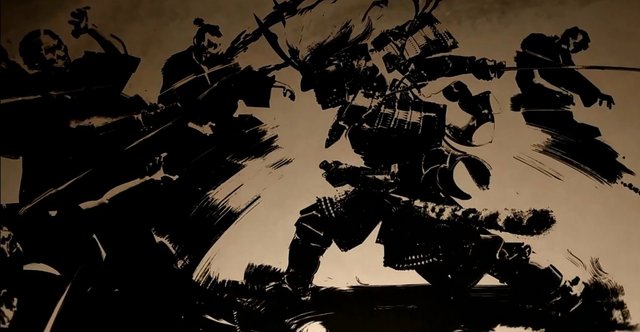 Gosaku was not a good warrior and was poor at weapons. Having put on the armor of a samurai, Gosaku went out to the robbers and entered the battle. Gosaku did not hope for victory, and from the first minutes of the battle he missed enemy attacks. But, the robbers could not pierce the legendary armor.

The robbers, seeing the iron stance of Gosaku, which they could not pierce with the swords, simply rushed into the loose in horror. And Gosaku found a sense of peace and intelligence, so the spirit of the fallen samurai decided to help the peasants, as a reward for courage. The robbers died, one after the other, and when the last robber of the “Red Hand” fell, the battle ended. After that, the robbers were no longer seen in the regions where the brave peasants lived.

About the history of Gosaku’s armor in the game Ghost of Tsushima.

The peasant Gosaku kept the armor until his death. And when he died, the peasants decided to hide the unique armor so that they would not fall into the wrong hands. Several large families lived in the village. Who divided parts of the armor among themselves and hid in their hiding places. One family had one key to the cache.

When trouble came to the island again, the peasants said that they had seen Gosaka on the mountain. Who is looking for a warrior capable of defending people. And such a warrior could be the character Jin Skye. And on the way to getting the armor are the Mongols, who are also looking for the legendary armor of Gosaku. 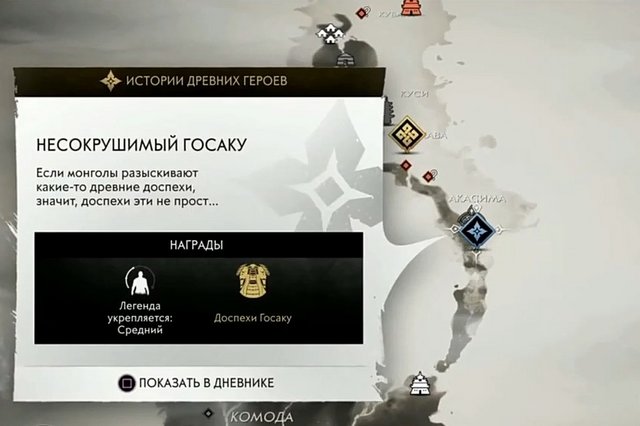 Cache Keys are found in the villages of Aoi, Iijima, Kuta, Koshimizu, Ohama and Yagata. Jin Sky must be the first to arrive in these villages and protect the peasants. Then he can get the keys to the hiding places. And the armor itself is hidden at the top of the hill in Akashima. After talking with the musician, the task and the path “Invincible Gosaku” will appear.

About the features of Gosaku’s armor in the game Ghost of Tsushima.

The armor increases the health reserve and, with successful hits, attacks can stun the enemy. In this case, the stunned enemy cannot inflict a counter attack on the character. And killing stunned enemies restores health to the main character, the owner of the armor.

Having put on the armor of Gosaku, the main character can forget about the need to worry and replenish his health. Since armor can draw health from slain enemies and heal its wearer. In this case, right in the process of battle and treatment is carried out automatically. 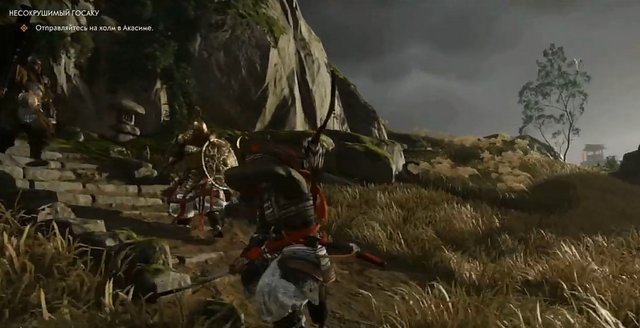 Gosaku’s armor is the only armor that has the ability to heal the main character. And this advantage should not be underestimated. In the process of fighting large groups of Mongols, health replenishment will come in handy. As a result, the character will have additional chances of survival.

About the disadvantages of Gosaku’s armor in the game Ghost of Tsushima.

But during the battle with the main bosses, you will have to think about it, since health is replenished after killing stunned enemies. In most cases, the boss fight takes place one-on-one. And this suggests that there will be no bonuses for health regeneration from Gosaku’s armor. Unless at the very end of the battle, when the character Jin Skye defeats the boss. 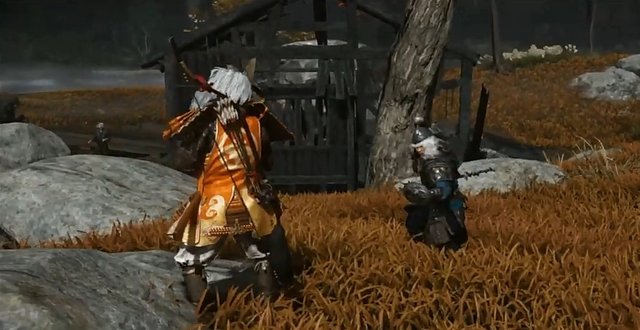 Perhaps the only drawback of Gosaku’s armor is the use of armor in boss battles. In all other respects, in close combat, the character easily deals with enemy fighters. But you can fully enjoy all the delights of Gosaku’s armor after fully pumping the armor.