Hello dear friends! So the long-awaited moment came when the developers of the World of Tanks game got to the valuable element of the tanker. Development on “Crew 2.0” is in the stage of completion and may come out in the nearest 2021. There were many developments to improve tanks, but few improvements to the crew. There were introductions with training materials when the level of the crew can be raised to the desired. And at the same time, do not waste precious time on pumping it.

The crew in World of Tanks has a key role to play on the battlefields. If the crew is not pumped and with fines, the tank has poor mobility and is not comfortable shooting at a long distance. In addition, the reloading of the gun itself is noticeably longer. While reloading and shooting are faster with a pumped crew, this increases the likelihood of victory. And the mobility of a vehicle with a trained crew allows you to quickly change positions and flanks. 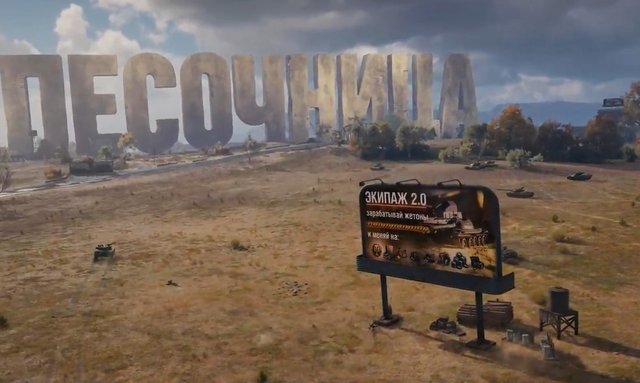 For example, when researching a branch of a certain class of tanks and transferring to another tank, the crew receives penalties. This reduces the efficiency of the crew, and it can take a long time to catch up to the required experience. If you do not use teaching materials and free experience.

At the same time, some tanks have more crew than the previous tank. Because of this, the progress of the upgraded crew is reduced. The World of Tanks game features the Battle Brotherhood crew upgrade, which increases the efficiency of the vehicle as a whole. It just starts working when it is pumped by all the crew members on the tank. And this suggests that when the crew is transferred to another tank and a new tanker is turned on, efficiency decreases. A new tanker has to first upgrade the Combat Brotherhood skill and waste time, which is very inconvenient.

About new things in “Crew 2.0” in the game World of Tanks.

There are several reasons for the introduction of new elements, one of them is indicated above, this is not a fair balance of crews between different levels of technology. For another reason, perhaps the existing elements have already bored players, since the skills are universal and suitable for different classes of tanks. And when fixing existing problems, add additional improvements. The new crews will have new skills, which will be more and will be suitable for different types of vehicles.

In the new crew leveling system, new skills and talents are being introduced, and the usual specialties of tankers are changed to a special development matrix. In which there will be five areas of training courses. Each course has 5 types of skills and 2 talents. Talents can be unlocked after spending 30 points from a specific direction of the training course. You won’t have to spend extra points on talents, and when choosing, they also add an additional advantage in battle.

It takes 10 points to swing one skill, and the skill action itself begins after the first point spent. It is important to note that the greatest efficiency begins after 10 points are spent. However, partial leveling and distribution of incomplete study points can be chosen. This can make the car more diverse.

The crew can get a maximum score of 75 points. Once the experience limit is reached, an additional elite progression is unlocked for the commander. The commander receives admission to the “Path of Professional Development” and after that the crew begins to receive an additional increase in vehicle ownership. From a certain point of view, Professional Development Path is similar to the existing Combat Brotherhood skill.

Types of training courses and talents:

75 skill points are enough to learn 7 fully researched skills and 5 points remain for half a skill. Therefore, pump and spend points wisely, depending on your preferences and the class of the battle tank.

If you managed to make a mistake, and the pumped-over circuit did not like it, then you can reset it. To do this, you can use the “Retraining Form” or just spend credits. This approach, on the part of the developers, will give players the opportunity to customize the crews.

When using armor-piercing, sub-caliber or HEAT shells, the probability of inflicting damage on crew members and modules increases. Each point spent increases skill indicators by 1%. When fully pumped, the skill gives + 10%.

Reduces aiming time with a stationary vehicle by 0.25%. When fully pumped, it gives -2.5%.

If the vehicle’s durability is low, the reload speed of the gun increases by 7%. At the moment, this skill gives immediately -7% if you spend 1 point. As a result, it turns out that you do not need to spend the remaining 9 points on a skill. Most likely this is a small flaw and perhaps this point will be corrected in the future. 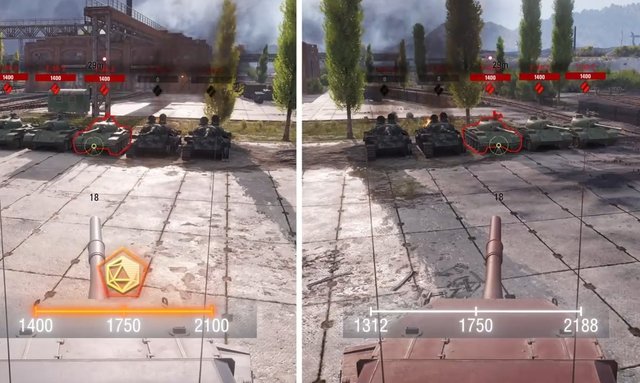 The skill reduces the spread of the gun when pointing horizontally or when turning the turret by 0.75%. If the machine is stationary. 10 points invested in this skill gives -7.5%.

When dealing damage to an enemy tank, the aiming time is reduced, the dispersion of the gun by -10%. The skill works when the tank is in motion or stands still. After the weapon has reloaded, the effect of the talent is disabled after 5 seconds.

Increases the lower damage threshold and the lower armor penetration threshold by + 10%. The action begins after 5 seconds, when the weapon is charged. Thus, a conventional projectile is capable of penetrating thicker armor.

The skill is needed to protect the crew and tank modules. Fires after receiving damage to modules or incapacitating a crew member. For each point invested, the probability of damaging modules or a crew member is reduced by 0.5%. With 10 points, it gives – 5%.

This skill is more suitable for team play, as it gives bonuses when an allied tank of the same type is standing nearby. One skill point increases the level of vehicle ownership by 0.25%. When fully pumped, it gives +2.5. It works if the tanks are about 50 meters away. 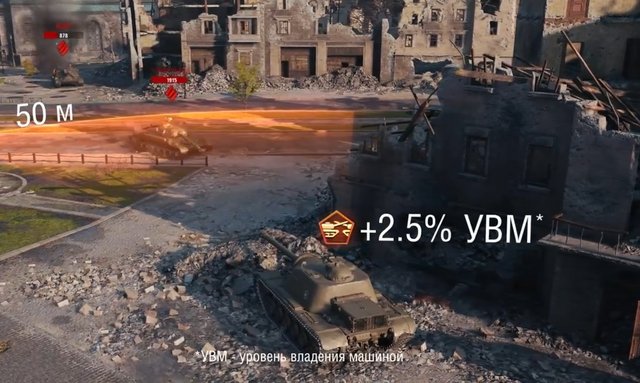 Increases tank mastery by 0.25% per point if the enemy tank is within 50 meters.

The skill is needed to increase the effectiveness of the tank in the event of a ramming of enemy tanks. When an enemy tank is rammed, the damage done by the ram increases by 2% and the damage received is reduced by 2% for each point invested. After the ram is successful, the tank receives a + 2% engine power bonus. The tank’s power is increased if the tank moves backward and lasts for 10 seconds.

After using the first-aid kit, the level of tank ownership increases by 10% and lasts for 20 seconds. Using a first aid kit with an active talent increases the speed of preparation of a first aid kit by + 30%. The activation of the first aid kit is possible even if the crew is not damaged.

With an active talent, repair kits increase the reload speed of the gun by 7.5%, if activated. And the positive effect on reloading lasts about 20 seconds. The repair kit can be activated with entire modules.

Increases the acceleration of the car when driving by 0.5%, without turning. The action extends when moving forward and backward. 10 points invested gives + 5%.

Reduces the resistance of all types of soil by 0.5% per point.

Increases tank rotation by 0.5% for one point invested. The skill applies to tracked and wheeled vehicles.

Decreases the spread of the gun by 0.4% per one invested point, if the tank is in motion or has made a turn with the suspension.

With a tank speed of 40 kilometers per hour, the dispersion of the gun is reduced by 1% per point.

The talent takes effect when the car is moving after 5 seconds. Gives a 3% bonus to reload speed and tank vision.

Increases vehicle stealth by + 8% for one point invested. A total of 10 points invested gives + 80% to tank concealment.

The repair speed of damaged modules is increased by + 8% per point. The invested 10 points give + 80% to the speed of repairing modules.

Gives bonuses to the crew when injured. The probability of injury is reduced by 1%, and if a crew member is already injured, the penalty is reduced by 5%, when one skill point is invested.

The likelihood of a tank catching fire is reduced by 3% for one point invested and additionally accelerates the rate of extinguishing the fire by 8%.

Research increases the durability of internal modules by 3% per skill point. And additionally reduces the negative effect of damaged modules by 5% if damage occurs.

If the tank was spotted by an enemy tank, the stun time is reduced by 10% and the probability of injury to the crew members by 50%. In the case of triggering the “sixth sense” and lasts about 10 seconds.

Reduces the spread of the gun by 15% if you managed to block the damage. Lasts 10 seconds.

The skill increases the aiming speed of the weapon. For one skill point invested, the indicator increases by 0.75%. At 10 skill points, mixing is reduced by -7.5%. The effect of the skill lasts 10 seconds after detecting an enemy tank.

The tank’s vision increases by 0.4% per skill point. If you invest 10 points, then the indicator will be 4%.

Gives a positive effect on the level of tank ownership, by 0.5% per point. If the tank gets stunned or the crew is wounded, the skill is suspended.

The effect of the skill begins to work when damage was inflicted on the enemy tank and provided that this tank was in sight. After a hit, the target’s visibility time increases by 30 seconds. If you invest one skill point, then this indicator increases by 0.2 seconds.

Increases the cooldown of your equipment by + 3% per point. A skill is needed if you often use equipment. In addition, after the introduction of the crew of 2.0 consumables can impose additional positive effects on the tank.

Increases the level of tank ownership by 2.5% for each destroyed vehicle. In this case, the indicator can be increased up to three times. Triggered when damage is inflicted in excess of half the tank’s durability.

The talent also increases the level of tank mastery by 2.5%. To start the action, you will need to inflict damage on an enemy tank, provided assistance, and cause damage 75% higher than the tank’s durability. 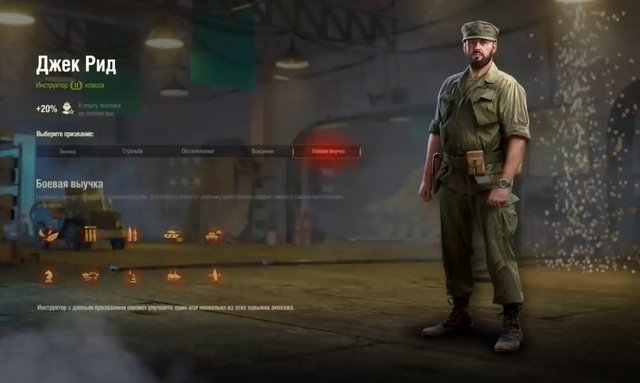 When forming a tank instructor, it will be possible to choose a specialization and special additional bonuses. At the moment, it is planned to implement from 1 to 2 additional bonuses to skills. The number of bonuses depends on the class of the instructor.

That’s all, add our site GamEPARDvideo.com to your browser bookmarks. Or subscribe to social networks so you don’t get lost and don’t miss new articles. We hope the information was helpful.

Thank you very much for your interest in our site!