In the game World of Tanks in the near future there will be a new update 1.10. In this update, players can take part in the long-awaited game event “Steel Hunter 2.0”. Some nice changes appeared and a new map “Arzagir 4.04” was added. In this case, the old map “Zone 404” remained in the game.

The combat mode and the game process remains the same, players also pump military equipment during the battle. And they collect on the territory supplies dropped from a cargo plane or located in different parts of the map. The release date for the Steel Hunter 2.0 game event is scheduled for August 2020. 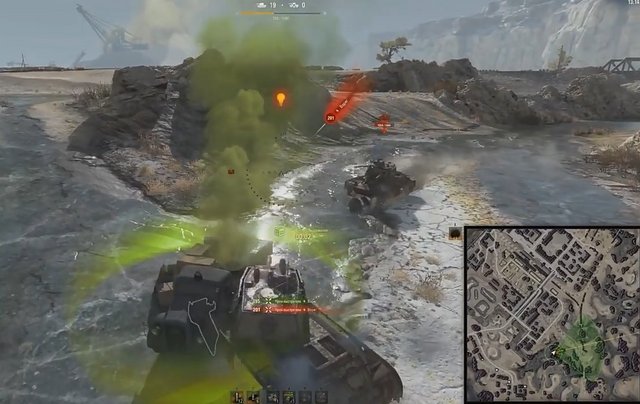 To achieve progression, you need to reach 15 levels and in case of unsuccessful battles the level of progression will not decrease. In the last game event, if the players did not gain a certain place in the lists according to the outcome of the battle, then the progression points could decrease. And for the rapid growth of the players had to try to be among the first three players.

In the appearance of the battle load, the interface has changed. Now, before the battle, you can find out how many opponents and on which nations go into battle. In total, up to 20 players can participate in the battle.

Supplies vary in several types and have their own colors. 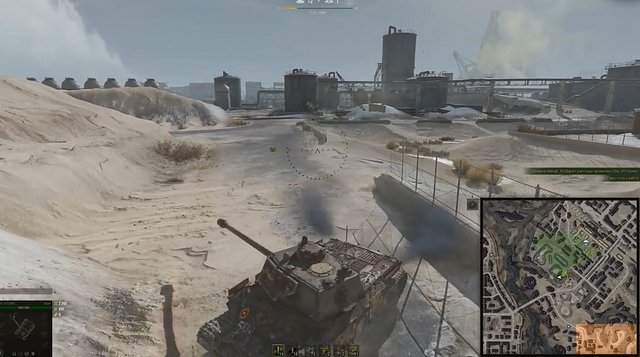 In a new game event, in the available supplies for the place of reserves, you can get a special charge. Special charges are needed to activate special abilities of tanks. Each type of tank has its own unique abilities.

Needed for technical equipment. With which you can restore the technique. Repair damaged areas and restore strength points. Sometimes you can get a charge for a special ability.

Increase the combat potential of the tank. Shells of various types are replenished. 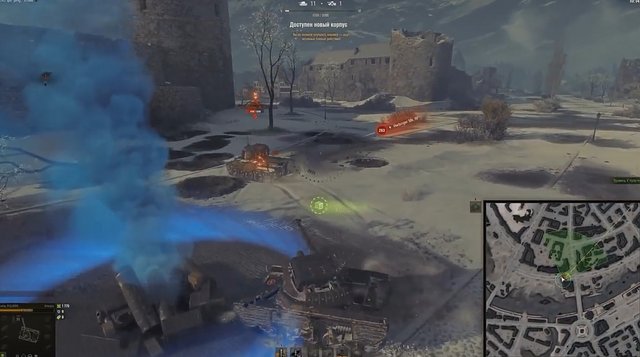 They can be dumped from a cargo plane in random places on the map. Needed to obtain activation of special reserves or tank abilities. Each tank has two unique special abilities that other tanks do not have. 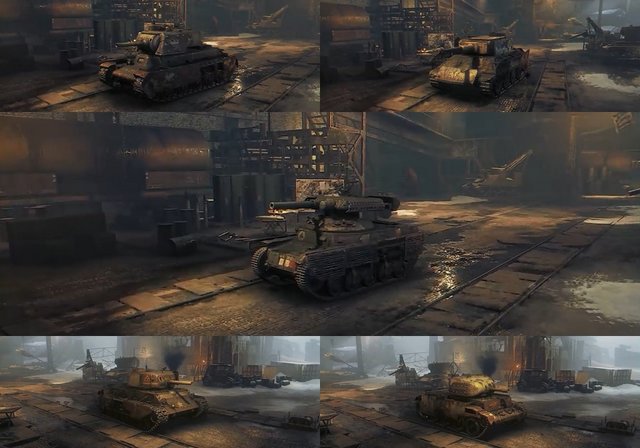 In the Steel Hunter 2.0 game event, two new nations and two new tanks were added. These are France and the French light tank Arlequin. And the UK with the British tank Harblnger Mk.4.

There are also nations that were present in the previous event. These are the Soviet Union, the USA and Germany. Their tanks underwent a little change in appearance and name. And the nations themselves and their tanks began to have a greater character to the classes.

The Soviet tank “Varangian” and the German tank “Walkure” possess mainly a good margin of safety and the strongest armor. Included with this is a good weapon, but in some cases they’re not good at breaking through the armor of some enemy tanks. 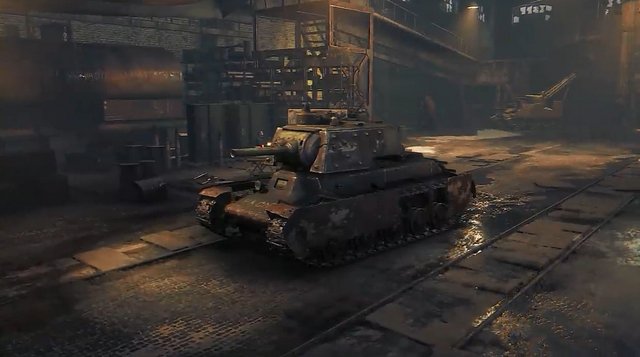 From the development levels, you can construct a good heavy tank or a good medium tank. Almost all modules remained from the previous version of Steel Hunter 1.0.

Added the ability to install guns with two guns on the tank. And from the appearance, some parts are covered by screens.

The Soviet tank “Varangian” has its own abilities “Installing a minefield” and “Recovery Zone.”

“Setting the minefield.” It is used to smoke the enemy from cover. When activated, the player gets the opportunity to set mines in a radius, not far from the tank. The minefield runs for 20 seconds. If an enemy tank is in the field of action, it takes damage. 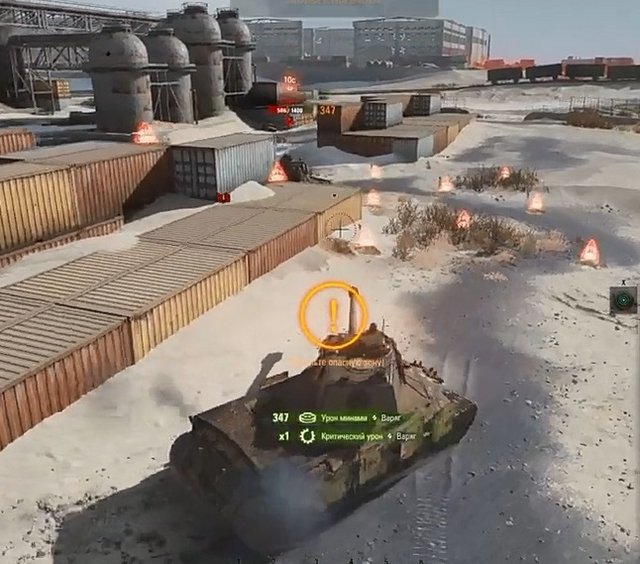 “Recovery Zone”. When used in a tank circle, an area appears in which the tank and crew are restored within 12 seconds.

The development branch is almost the same as in the previous Steel Hunter 1.0 game event. But the one-time damage may have changed and become less. It is also possible to add a magazine loading system, for 4 shells.

The German tank has its own special abilities, these are “Turbocharger” and “Ramzon”.

“Turbocharger” improves the mobile characteristics of the tank for 15 seconds. When used, the tank gains an increase in speed. It proved to be excellent in action when you need to catch up with an unfinished opponent.

“Ramzona” restores the tank gradually, over a period of about 20 seconds. In this case, damaged modules are restored, the strength of the tank, as well as the crew is restored. Thanks to this ability, tank survivability has grown significantly.

This group includes the nations of Great Britain and the USA. British tank Harblnger Mk.4 and American tank “Raven”. Tanks in their firepower are similar to anti-tank self-propelled guns, and in mobility they resemble medium tanks. But with the reservation they are not very good. 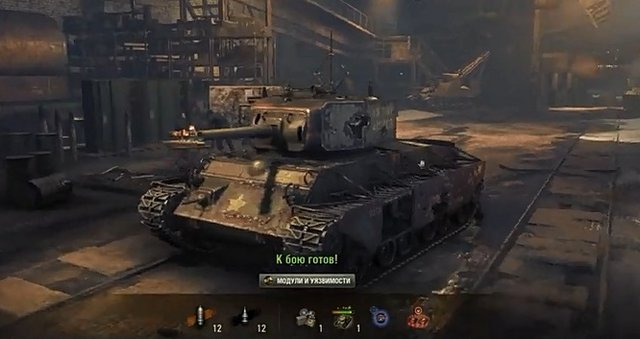 Its development is similar to a hybrid of Pershing and Paton. Dynamics and mobility are roughly similar to game tanks. Not very high speed and average armor among the available tanks.

“Ultimate Concentration” is intended to enhance the technical characteristics of firepower. When using improves stabilization, mixing and rate of fire of the gun. The ability lasts about 20 seconds.

“Trap” is intended for sabotage in close combat. If the enemy tank is in close contact, you can use the “Trap” ability and its technical characteristics are reduced by 50%. At the same time, the characteristics of the American tank remain unchanged. 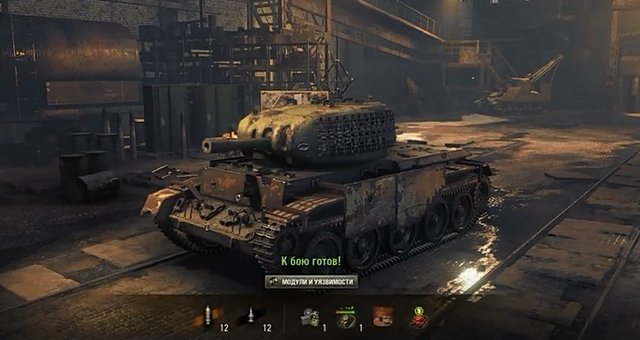 On the development line, the tank can be equipped with guns with “reloading the store.” And in its mobile qualities it resembles a fast medium tank capable of speeds up to 50-60 kilometers per hour.

Reserving this is something like a medium heavy tank, armor is there but at an average level. When choosing armored modules, the tank can significantly lose in speed and mobility. Spinning enemy tanks and moving away from chasing can be difficult.

Abilities, like other tanks, have two pieces, this is the Corroding Cloud and the Berserker.

The Corroding Cloud allows you to trigger a smokescreen that does damage. And it makes it difficult to review tanks in this area. It is used to smoke ambush tanks. The game is used for the first time. 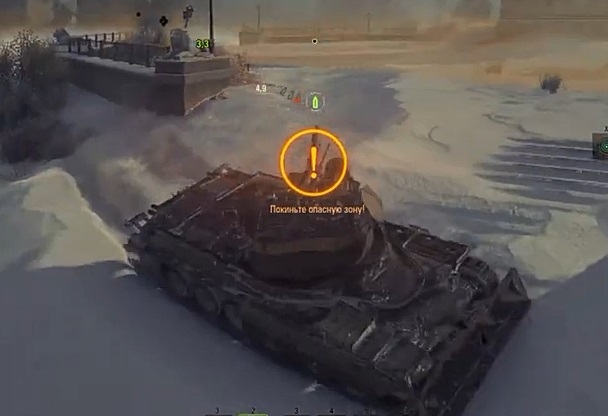 “Berserk” allows you to increase the level of armor penetration and technical characteristics of the gun. When used, it damages the owner of the tank, that is, to himself. It is a modified new ability, as it deals damage to its owner.

In this category is the French tank “Arlequin”. It is a light tank designed for reconnaissance and detection of enemy tanks. Reservations and safety margins are low. 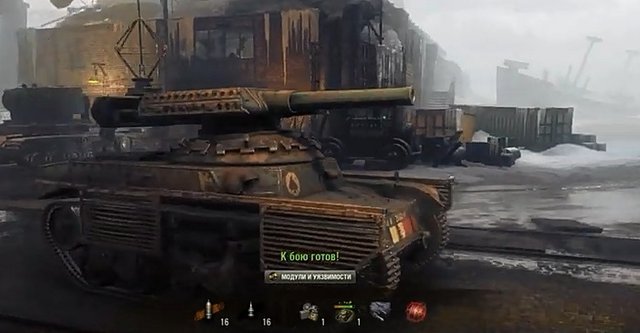 The tank can be equipped with two-barrel guns and drum loading systems. At the same time, the mobile performance of the tank is at a good level. Of the available tanks, the Arlequin is considered the fastest and most mobile.

Thanks to the available indicators, you can successfully use the restricted area. Since you can quickly leave it with minimal loss in strength. And due to mobility and speed it is easily pumped and avoids enemy collisions. Due to this, the tank is easier to hold out until the final moment and get into the first places of the players. 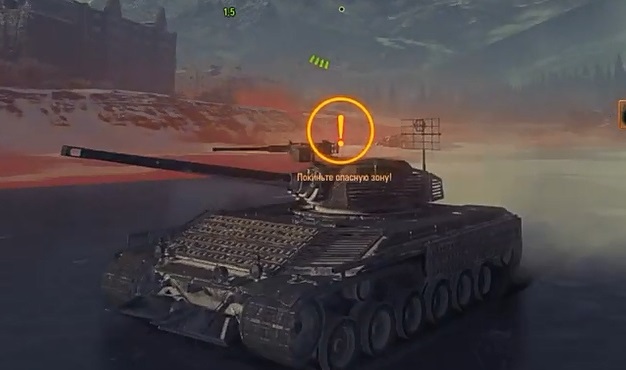 It will be difficult to take the first place on the tank of the French tank “Arlequin”, since the enemy tanks have already been pumped and have decent armor and weapons. In this case, it can save a good supply of abilities, taking into account the fact that the enemy tank has run out of repair kits.

The main tactic of the battle, it left – bit and left or fled. It will be difficult to maintain frontal resistance and most likely the battle may end in defeat. Since the weapons are a little weak, as well as armor with a margin of safety. 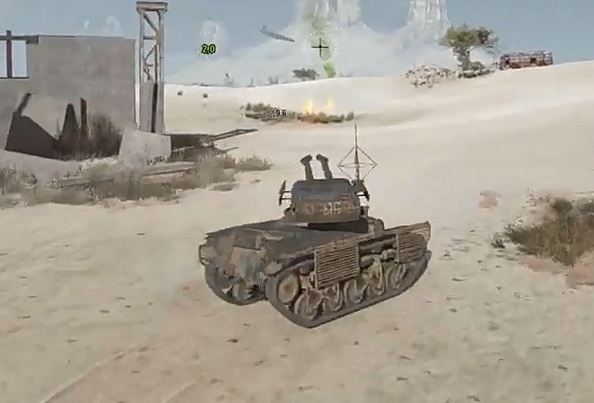 Closer to level 7, the tank can set good heat to enemy tanks. Due to the “Automatic gun” for 10 shells, it reloads quickly and does normal damage in a short period of time.

There are two unique abilities, “Air Strike” and “Brander.”

“Air strike.” When activated, you can select an area to indicate the location of the aerial bombardment. All enemy vehicles in this area take damage and stun crew.

The Brander. This is a self-propelled mine that can pursue an enemy tank for 30 seconds. After a collision with enemy tanks it explodes. The speed of movement of mines is fast and can catch any tank. If you shoot a mine several times, it can explode before it reaches its target. 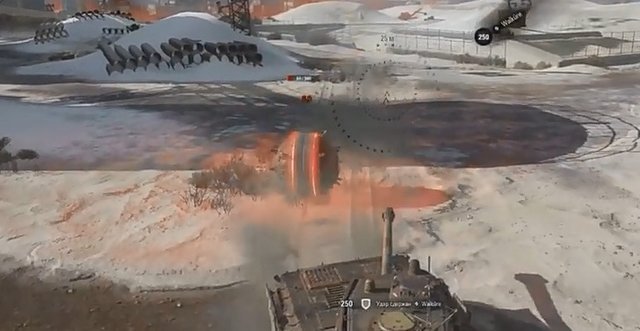 The ability of self-propelled mines is used in tanks for the first time. And they showed good results, since you can throw it at a certain distance. In addition, it can even get on an enemy tank, which hid from the visibility zone behind buildings.