In the game World of Tanks, on November 12, 2020, an interesting action in the form of a mini-game called “Lucky Card” started. In the near future, this promotion will end on November 19, 2020. The purpose of the promotion was to provide opportunities and get the best deals for players.

Players could play the mini-game only on the special World of Tanks website, after registration or authorization. At the same time, the dropped offers were valid for only one day and the next day other special offers began to operate. 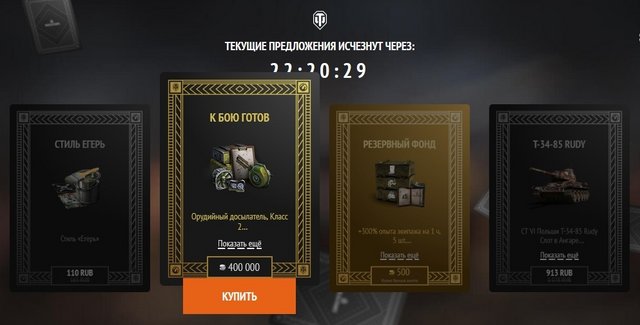 To get interesting offers on promotions, players must have time to click on the flying map on the screen. All cards move at different speeds and have different sizes. During the period of the mini-game, 3 types of cards were caught, these are ordinary, gold cards of the second level and gold cards of the first level.

The rarest cards are considered gold of the first and second levels. From them you can get some of the most attractive offers. Of course, it should be borne in mind that the attractiveness of offers for everyone can be different. Since you can buy the found offer not only for real money, but also for game currencies, such as gold and credits. 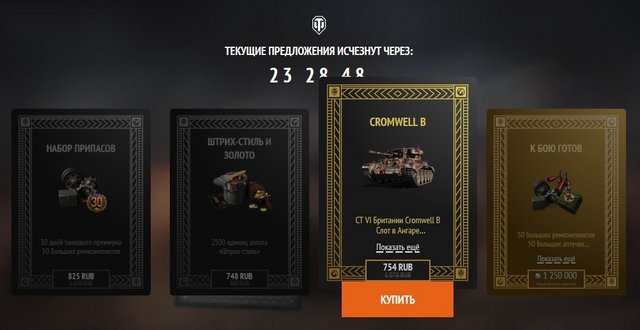 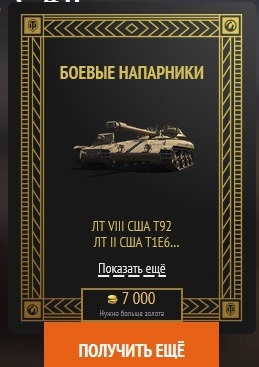 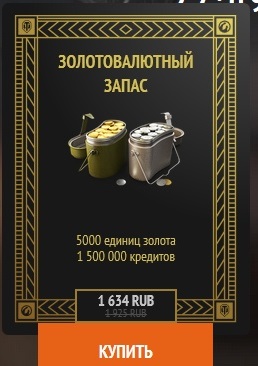 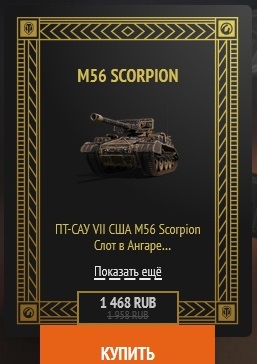 The card made it possible to purchase the American M56 Scorpion anti-tank gun for 1,468 rubles. And in addition, a slot in the hangar with a crew, tasks to increase the level by 5 with the completion of 25 times. Moonlight style. And 2,500 gold. If not for the gold, the offer would be so-so. 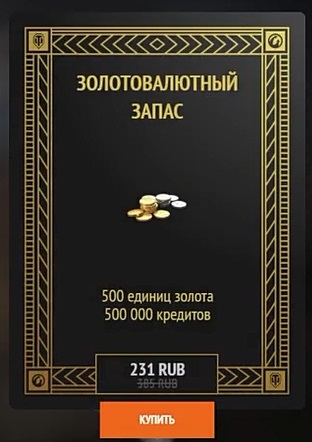 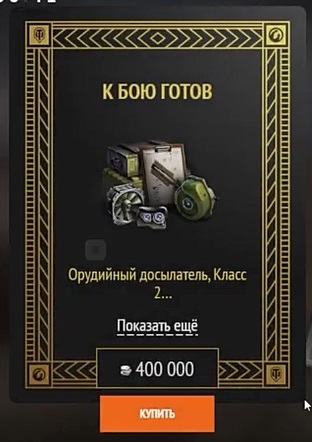 For just 400,000 credits, you could become the owner of expensive modules, which cost approximately this amount per unit.

The package included a Class 2 Gun Rammer, Class 2 Enhanced Ventilation, a Class 2 Turbo Supercharger, and a Class 2 Enlightened Optics. The result is a good economy, and in battles these modules can come in handy. 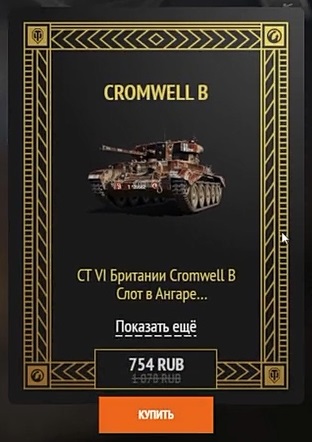 Thanks to this card, the British Cromwell B cost 754 rubles. In addition to it, there is a slot in the hangar and a crew, a task to increase experience by 5 with 25 accomplishments and a “stroke style”. 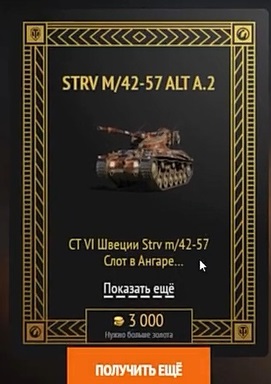 The Swiss Tier 6 STRV M / 42-57 ALT A.2 Medium Tank could be purchased for 3,000 gold. In addition to it, they were given a slot in the hangar and a crew, including a task to increase experience by 5 with 25 completions and a “stroke style”.