There are many nuances in Ghost of Tsushima where a character can gain an edge in combat and speed up the game. And beginners may have many questions about where to start and in what direction to lead their character. At the same time, knowledge of game processes will allow you to get a pleasant impression from the passage of any section or battle.

About horses in the game Ghost of Tsushima.

The game includes riding horses, horses. At first glance, it seems that absolutely everything is pumped. But, in terms of horses, this is not the case, you cannot pump a horse in the game. You can choose any of the horses presented. In this case, the presented horses perform one main function, which is to allow the character to quickly move around the territory of the island of Tsushima. And they differ in appearance.

About game resources in the game Ghost of Tsushima.

Game resources in Ghost of Tsushima play a very important role in a character’s life. Thanks to resources, you can pump equipment, which later makes the character’s combat capabilities stronger. From the style of play, you can choose which armor to pump and how much damage a combat weapon can inflict.

To accelerate the growth of the collected resources, you need to become the owner of the valuable “Inari Ward” as soon as possible. Inari’s Ward grants additional resources to collect. You can find him in the “Arrow Peak (Arrow Peak)” shrine, which is located in the southeastern part of the Act I region, next to the Rise of Archers and Sakimori.

The resources found can be spent on pumping armor and weapons, which increase the combat potential of the main character during the battle. Ultimately, it allows you to defeat enemy fighters with minimal consequences.

About sanctuaries, altars and hot springs in the game Ghost of Tsushima.

Do not be lazy to spend time and find a secret sanctuary, as well as reach the top to the altar. Since along the way you can find rare resources and get a useful “Amulet”. Which can ultimately give the character a good priority in combat. 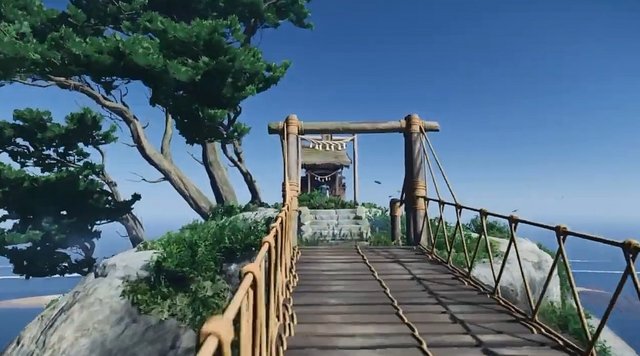 Usually such sanctuaries are located in the mountains. It will be difficult to find the right passage and apply a lot of skill on the way to the altar. Since the path to them lies through difficult passable sections. You need to climb the slopes of the mountains, jump on the branches of trees over the abyss, use the rope to overcome cliffs and other sections. The reward is worth it anyway.

About the altars of Inari in the game Ghost of Tsushima.

Inari Altars can be found by following the foxes. They will lead you to the place where you need to pray. You can find rare resources and get useful “Amulets”. Inari’s altars can also reveal parts of the map. Which can save time on opening the territory from the fog.

About hot springs in the game Ghost of Tsushima.

Hot springs in Ghost of Tsushima are secondary and optional. Needed to increase the maximum level of the character’s health. Health increases gradually and is almost invisible. A noticeable increase in health is noticeable when the character is washed in more than half of the available sources.

There are about 18 sources in the game and in one case they are not reflected on the global map. In other cases, they can be seen on the global map as sauna icons. It makes a lot of sense to search for such sources, since the character will be able to withstand enemies longer. It will be especially important to find the available “Sources” before the battle with the boss.

About the tactics of the combat process in the game Ghost of Tsushima.

Depending on the size of the enemy army and the situation on the battlefield, as well as the chosen tactics of the game, the choice of the character’s equipment with the necessary equipment depends. For close combat, the armor of Gosaku or the armor of the Samurai is suitable. For stealthy attacks or ranged attacks, the Ghost suit is ideal.

Under the tactics of fighting, you need to select amulets that increase the advantage in battle. If the player chooses the tactics of hidden movement and combat at a distance, then it will be important to install amulets for the Ghost. And for close combat, attacking amulets and charms are suitable that allow you to replenish health in battle. 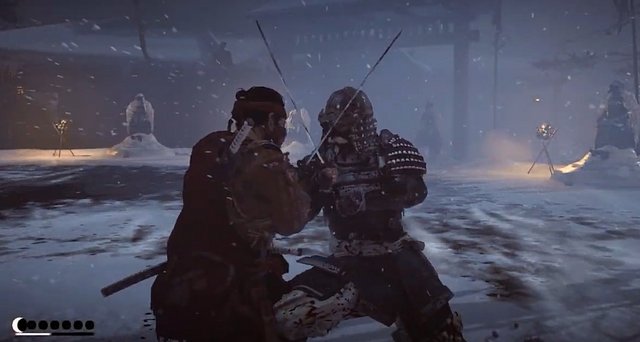 Choose the right equipment for existing opponents. For example, if you have a fight with an enemy boss, then it is better to wear armor for close combat. Since the battle itself will be open and close, and the boss has a significant supply of health. In this case, the “armor of the Ghost” will be of little use. At the same time, the “Determination” skills work differently and the boss cannot be killed the first time from the rack.