Immortal Gates of Pyre is an RTS and MOBA strategy game that can be called an analogue of StarCraft. And some wars are reminiscent of the Protoss. Developers from the SunSpear Games studio are working on the game and plan to open testing the game in 2022. The game is currently undergoing crowdfunding programs on the Kickstarter platform and has gained a lot of fans. Of course, at the initial stage of game development, there is little information and the developers still have work to do.

In the big world, there are special gates that open the passage between the worlds. For a long time, the ancient gates were closed on the planet Shael. After a long period of time, the gates again opened through which the warring parties can pass. All the warring parties are interested in ancient relics, because of which a war can start.

About the gameplay in the game Immortal Gates of Pyre.

You can play the game Immortal Gates of Pyre in several modes, cooperative, solo and competitive. At the moment it is known that the game should be free. But given that only an open test is scheduled for 2022, changes may occur. 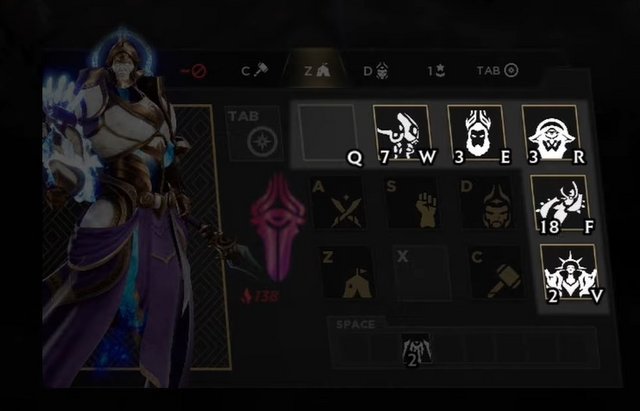 At the beginning of the game, players choose a side and a hero, in our case one. This hero, as it were, plays the role of the main unit, but groups of fighters move around the map. The interface itself is quite simple and you do not need to choose workers to construct buildings. There are special key numbers for this. Press the key and select a place for construction.

To develop the base, players have three types of resources at their disposal, each of which has its own value. More valuable resources allow you to research more advanced technologies. The resource gathering process is much the same as in StarCraft. The main prefab bases are located near the resources.

About collecting an army in the game Immortal Gates of Pyre.

To hire an army, you need to build a special building. Each such building makes it possible to hire a certain number of soldiers. The more buildings, the more troops you can collect. Limits are displayed in the form of cells, in one cell there are about 32 units. You can build several buildings, and then improve them and open 10 cells.

When building fighters, you need to take into account their capacity and capabilities. Since in one cell you can put many small fighters or several large fighters. On the battlefield, it is better to choose combinations of different types of troops to make the army more flexible. Advanced fighters have a number of advantages and disadvantages that need to be considered on the battlefield.

Conclusion on the game Immortal Gates of Pyre.

Considering the initial stage of development and the available information, we can say that the game will turn out to be quite impressive. We can already see high-quality graphics and a variety of tactical moments that are present in the game. It has been a long time since there have been games like this that resemble the legendary StarCraft game.