The Italian light tank L6 / 40 was designed for reconnaissance purposes and to support cavalry. Fiat SPA worked on the development of the tank, which produced the first series of tanks in 1939. The production of tanks was carried out until 1943 and during this period 283 units of tanks were produced. Despite the early release of reconnaissance tanks, they were shelved in regiments only in 1942.

The first model of the tank was called Ansaldo M6T. It was during this period that the military drew attention to it. The armament was equipped with two Breda 38 machine guns. The tank showed good results in terms of driveability. On the way, the tank was capable of gaining speed up to 42 kilometers per hour. But the armament of the military did not suit, as it was not advisable. 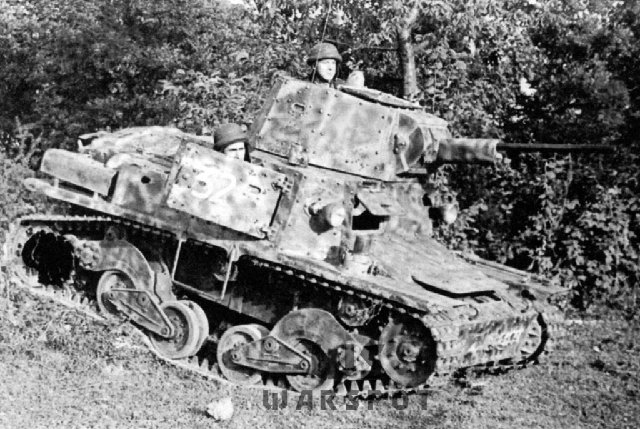 Fiat was tasked with improving the tank and bringing it to acceptable competitiveness. The manufacturer coped with the task by installing a 37 mm caliber cannon on the tank. After some time, the weapons were changed to a 20 mm automatic gun. After that, the first prototype was made in 1940 under the designation L6 / 40.

The produced L6 / 40 tanks were delivered to the cavalry units of 40 units each. Tanks were located in 1 and 2 units, which were sent to Yugoslavia. And in 3 divisions, the 67 Barsallerii tank battalion, which was stationed on the Soviet-German front.

The first fighting with the participation of the light tank L6 / 40 was in 1942 on the Don. The Italians had to engage in hostilities due to the fact that the Soviet army defeated the Sforzeska division under Chebotarevskaya station. The aim of the Italian army was to restore the situation and hostilities were to take place with the participation of the German army. But for some reason, the German army did not support the Italian army on the offensive. By informing the Italians that their tanks are not yet prepared. 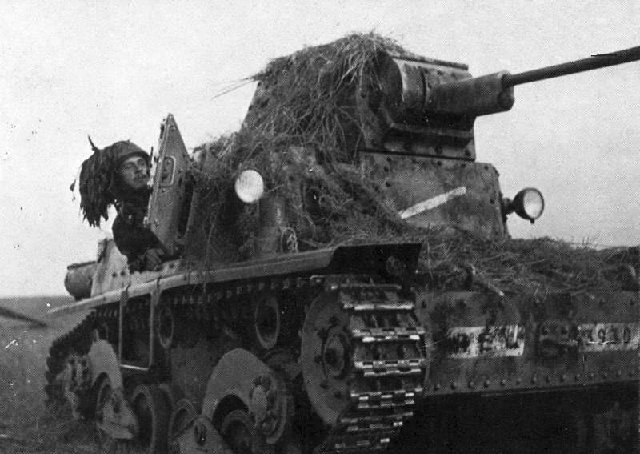 The Italian army in the light tanks L6 / 40 entered the battle with the Soviet army and were defeated. The Soviet army without much loss defeated the Italian 67th division with anti-tank guns. And the remaining Italian equipment was abandoned during the Soviet counteroffensive near Stalingrad.

The Italian light tank L6 / 40 took hostilities in North Africa since May 1942. Three reconnaissance groups were equipped, in which there were 30 L6 / 40 tanks each.

During the period of operation of light tanks L6 / 40, no major technical problems were noticed. The tank showed its best side. But the weapons were not big complaints, not enough armor penetration.

The Italian light tank is on the second level. Among classmates is a very competitive tank. Allocates his reservation of 30 millimeters of frontal armor, puts the tank in the top five.

You can play as squeezing directions, if there are no tanks a level higher. And like a support tank. And thanks to the good angles of vertical aiming it is quite comfortable to play from the terrain.

At the disposal of the players on the tank, you can install one of two guns. Cannone da 37/40 cannon and drum machine gun Mitragliera Breda cal. 20 mod. 35. The tactics of the game may depend on the choice of weapons.

And here is the machine gun Mitragliera Breda cal. 20 mod. 35 with an automatic loader has less penetration of the basic projectile. And the one-time damage is also less, is only 11 units. But the drum holds 12 shots, and these are already acceptable opportunities. But it’s more comfortable to play at close range.

And if you take into account the reservation of the tank and if there are no enemy tanks of level 3. That machine gun can bring a pleasant experience to the game. Despite the fact that not all machine guns can penetrate the frontal armor of a tank.