The Italians began to develop a full-fledged serial tank after the end of the First World War. After the end of hostilities and the availability of tanks from other countries, Fiat began developing its own tank. But the first developments had many problems, and the solution to the creation was to choose an analog or model that was already taken into account in the fighting. And this model was the French light tank Renault FT 17. 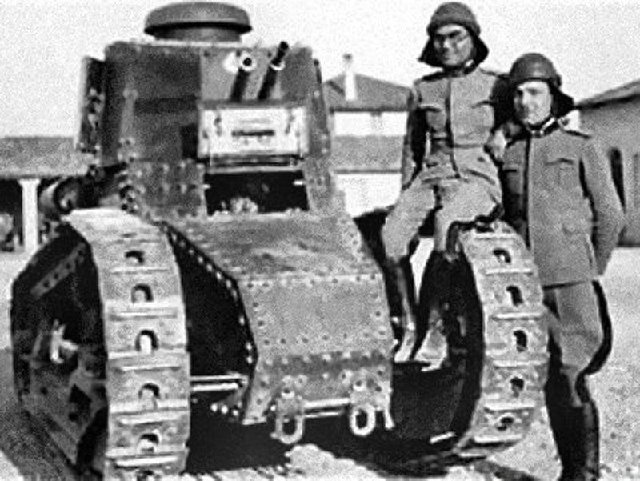 Fiat succeeded in realizing the idea and mass-producing the Fiat 3000 in 1921. A total of 152 units of the tank were produced and was produced until 1930.

The hull of the tank was made of riveted sheet steel. Almost the entire appearance and suspension were copied from the Renault FT 17 tank. The tank was equipped with Fiat 35, Fiat 37 Cabibra machine guns, and then the weapons were modernized and improved with a 37 mm gun.

Compared with its counterpart, the tank made by the Italians was faster, since they managed to reduce the weight of the tank. The maximum speed was 21 kilometers per hour, and on one tank of fuel it was possible to drive 130 kilometers. And to overcome greater distances, the tank was transported on special trailers. 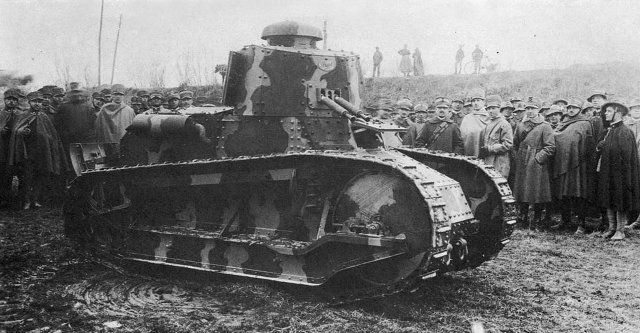 The combat use of the Fiat 3000 was tested in 1935 in Abyssinia. Abyssinian troops could not resist, as they did not have the appropriate weapons.

In World War II, the Fiat 3000 tanks took part in the fighting of Albania and Greece in 1940. Tanks were also sent to the area of ​​Sicily in 1934 to repel the British and American armies. In order to at least somehow resist the attack and provide decent resistance, the Fiat 3000 tanks were buried in the ground like bunkers.

Due to a number of weak competitive moments and the late release of the Fiat 3000, it did not receive much approval abroad. Other countries already had more modern designs. 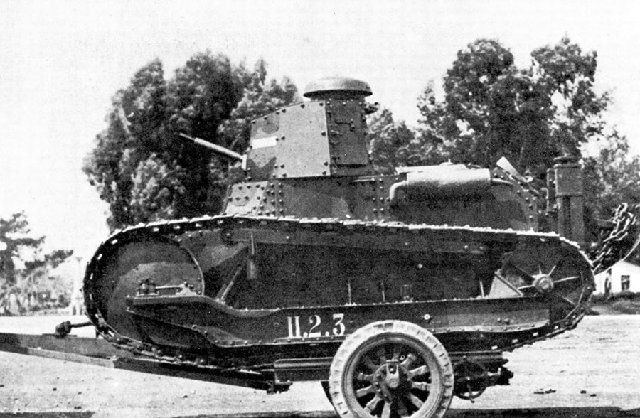 In the world of tanks in the line of Italian tanks, the Fiat 3000 is on the first level. Among his classmates, he is endowed with average characteristics and it is difficult to single out any special moments.

Two weapons are available to choose from: Cannone da 37/20 and Cannone da 37/40. The best of the weapons presented is the Cannone da 37/40 cannon. Thanks to which you can penetrate armor up to 39 millimeters, with a basic projectile. And it is possible to inflict damage of 40 units.

There are no special tactics on the tank, since there are no big advantages. But if you increase survival, it is better to adhere to the tactics of the support tank and be close to your allies.