On January 6, 1942, the Kgirr firm received an order to design a new self-propelled gun armed with an 88 mm cannon. The project received the designation Panzer Selbstfahrlaffette IVc 2. Technical requirements provided for a combat weight of about 30 tons with armor protection: forehead –80 millimeters and a side 60 millimeters. The maximum speed was to be 40 kilometers per hour. The Maybach HL 90 engine was supposed to be used. By June 17, 1942, the Kgirr plant in Magdeburg had made three prototypes of self-propelled guns based on the Pr.4 tank. 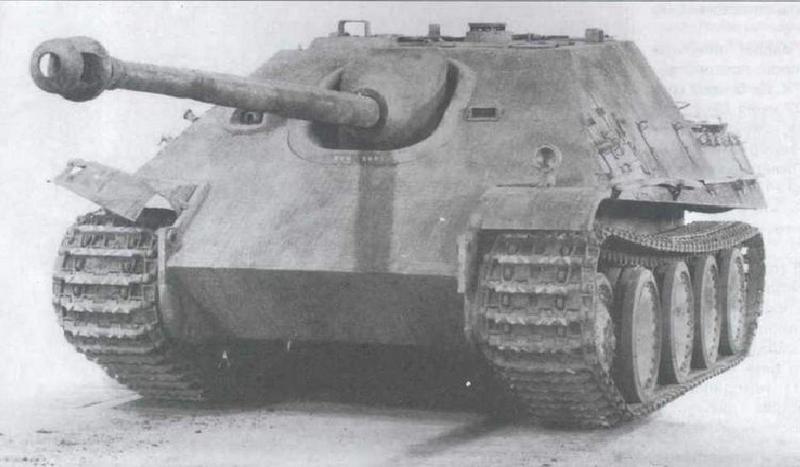 However, in August 1942, the Ministry of Arms came to the conclusion that a heavy tank destroyer (Panzerjager) with an 88 mm cannon should be designed on a heavier chassis. This refers to the chassis of the tank VK3002 (MAN) – the Panther. In September, a model was made on a scale of 1:10, and in November, a full-size wooden model. On January 5, 1943, work on the new self-propelled gun was transferred to the Daimler Benz plant in Berlin Marienfeld. Serial production was entrusted to the company MIAG. On October 20, 1943, a wooden mock-up was demonstrated to Hitler at a training ground in East Prussia. And on December 17, the first prototype left the factory floor. A total of 392 cars were produced. 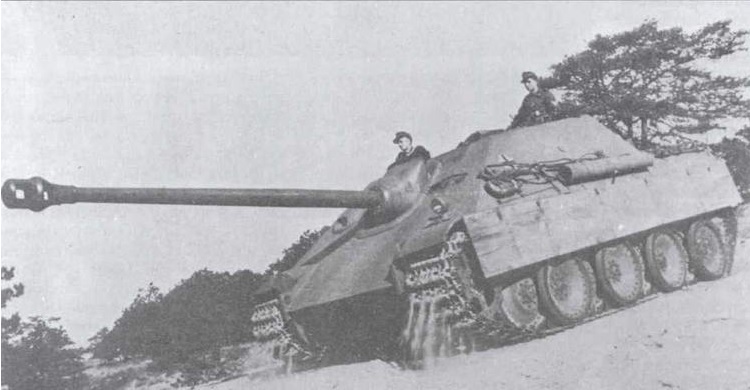 Serial production began at MIAG in February 1944. At the end of the month, by order of the Fuhrer, the car was named “Jagdpanther” in the translation was meant as a hunting panther. And it had the index Sd.Kfz.173 according to the designation system of military and transport vehicles of the Wehrmacht.
The production plan provided for the monthly production of 150 anti-tank Jagdpanther units. However, MIAG and MNH, which joined it in December 1944, were able to produce only 384 cars. 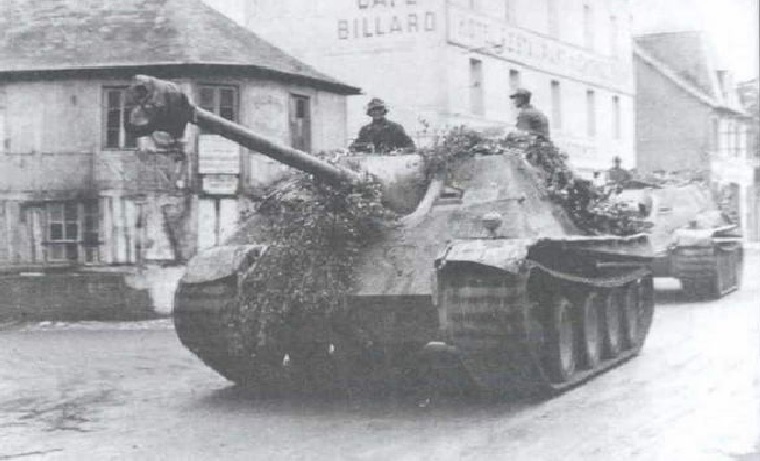 The German anti-tank self-propelled gun “Jagdpanther” was a self-propelled artillery mount with a front-mounted fixed armored wheelhouse. The body of the self-propelled guns was characterized by a large inclination of the armor plates, both frontal and airborne. Even the roof of the cabin had a small angle of inclination. The durability of the upper frontal sheet was reduced only by the slit of the viewing device of the driver’s mechanic and the loom of the machine gun. All hatches for landing and disembarking of five crew members were on the roof of the cabin. 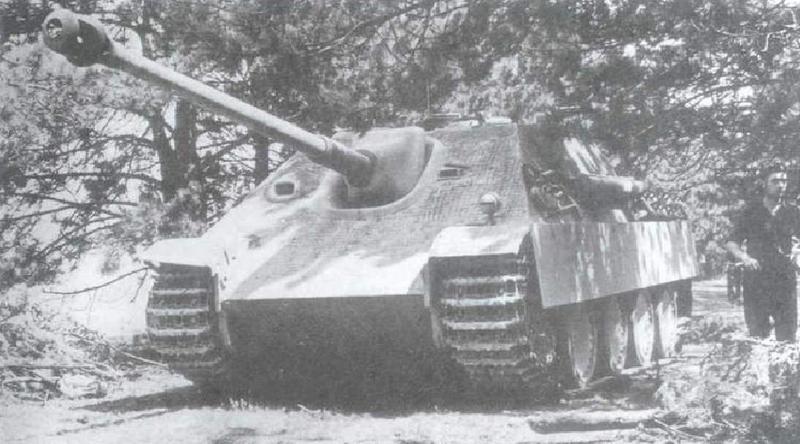 An 8.8 cm RaK 43/3 L / 71 (or RaK 43/4 L / 71) 88 mm gun with an initial armor-piercing projectile speed of 1000 meters per second was installed in the front sheet of the case in a massive cast Saukopf mask. The length of the gun barrel was 6686 millimeters, and the mass was 2200 kilograms. The angle of horizontal guidance of the gun is ± 11 degrees, the elevation angle is +14 degrees. The ammunition of the gun included 57 rounds with armor-piercing, high-explosive fragmentation and cumulative shells. The maximum range of the shot was 9350 meters. And the rate of fire of such a gun is about six eight rounds per minute. The gun was equipped with a periscope sight.

Auxiliary weapons “Jagdpanther” consisted of a MG 34 machine gun mounted to the right of the gun in a ball mount. Machine gun ammunition – 600 rounds. On the roof of the cabin was mounted a “melee device.” The self-propelled guns of later releases had an additional fan located in front of the roof of the fighting compartment.

From the “Jagdpanther” formed the special anti-tank fighter divisions of the RGCs. According to the state, the Jagdpanther battalion was to consist of 30 combat vehicles, which in practice has never been respected. Due to the small number of release tanks of this type.

The first eight vehicles were received by the 2nd company of the 654th heavy anti-tank division of the RGK. Their baptism of fire took place on June 27, 1944 in France. Soon, the 519th, 559th, 560th and 655th heavy anti-tank divisions of the RGK were re-equipped with new combat vehicles. But in 1944 on the Eastern Front “Jagdpanther” were not used.

On March 1, 1945, there were another 202 Jagdpanther units at the front, but over the course of a month the number quickly declined due to a reduction in production.

The German anti-tank self-propelled gun “Jagdpanther” is the most powerful German tank of the Second World War. And this despite the fact that it had a number of shortcomings in the power plant and chassis of the Panther tank. Having the same weapons as the Ferdinand, it was more compact and maneuverable. The Western allies did not create anything like this until the end of the war.

In the lonely game world of tanks, the German anti-tank self-propelled gun is at level 7. This tank can rightly be called a sniper. Thanks to comfortable and accurate guns, it is possible to repel enemy attacks at medium and long distances. A normal penetration of shells will ensure the success of penetration of enemy armor.
In the event of a head-on collision or lack of suitable shelters, it is recommended to put a “self-propelled gun” on the back slopes of the hills: vertical aiming angles will allow you to continue shooting, and tilting the frontal armor will increase the chance of a rebound.

When playing on city maps or maps with complex terrain, Jagdpanther rescues with its good driving characteristics to support the attack. You can fire between enemy shots, leaving and stopping back into the shelter. And not the large dimensions of the machine allow you to shoot over heavy allied tanks or small shelters.