In the game Monster Hunter World Iceborne there are several types of weapons and each of them has its own combat mechanics. As well as the application strategy. Starting the game for the first time, it’s not easy to immediately understand the controls and understand the advantages, in addition, there are different types of monsters with their strengths and weaknesses.

And in order to join the game as a master, you need to familiarize yourself with an approximate guide to weapons. And in this article we will consider ranged weapons and its features. 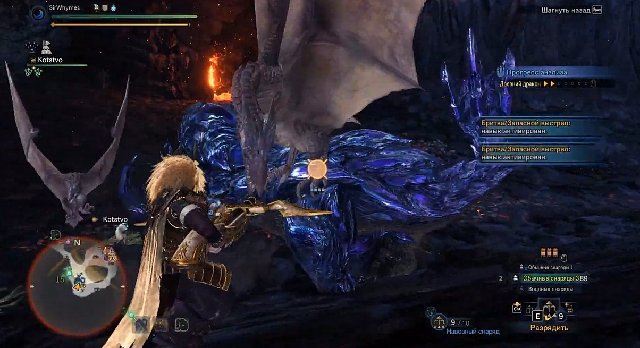 In this article, we will consider the ranged weapons “Bow”, “Light Bow” and “Heavy Bow”. The game has already encountered ranged weapons, and in that case the control and process was very difficult. In the case of the “Bow” is a little different, it has good mobility and good damage with the effects of the elements.

But even here, the complexity of the combat process of owning the Luke weapon is no simpler. Since you need to collect special rare stones and in addition is a weapon with defeat effects. And this means that you need to select special shells for each battle and take into account the strong and weak protective properties of the monster. 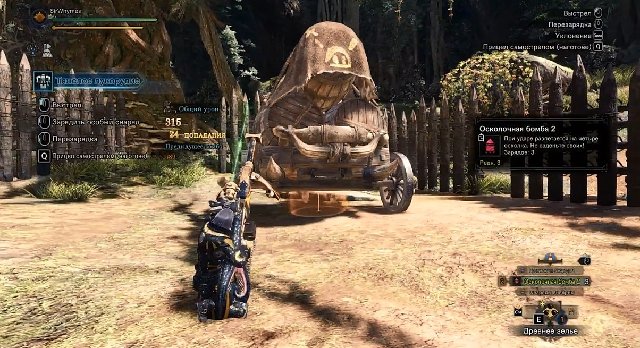 The most powerful Luke attack is the Wide Scatter of Flying Arrows, and the distance for this attack is not large. Therefore, the battle tactics have to be selected and during the time to choose the necessary and high-quality attacks for damage.

To increase the strength and damage of the Bow you need to use special coatings of arrows and bow. For example, “Power Coverage”, “Melee Coverage”, “Paralysis Coverage”. In this case, the bow attacks will be stronger, but not endless, since the shells have a limited supply.

About 6 types of arrow coverings for the Bow.

The standard ones include Power Coverage and Melee Coverage. 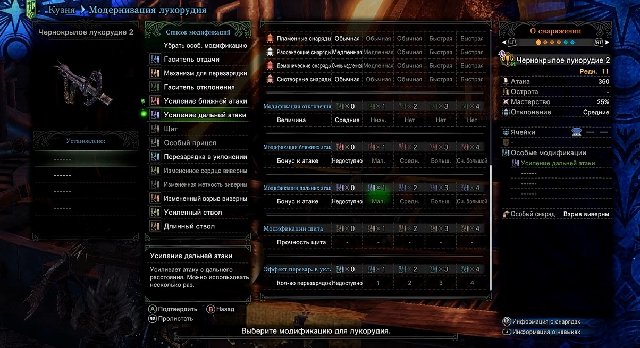 It is necessary to increase damage, which increases penetration and damage itself by 30%. In most cases, this coating is used. And a single shot of one arrow can allow you to inflict several hits and damage at once.

At the same time, it has limited ammunition. More suitable for dealing damage at medium range.

This is needed to increase melee damage, which increases damage by 20%. But, if this coating is installed and an attack is being made from a long distance, then it will not give an effect and a bonus. And the ammunition is endless.

These types of coverage are used as spectacular attacks on monsters, which do not give a big advantage. And they usually have a limited supply of shells. It is better to use when firing at opponents’ weak points, so the probability of a positive effect being triggered is higher.

About interesting features of the “Onion”.

This is a special attack called “Shot by another”, which allows you to shoot air and bring down a hail of arrows or thorns on the enemy. This attack is standard and does not require a large set of combinations and charging. 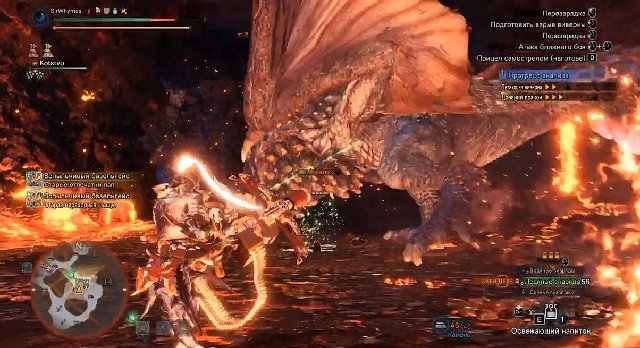 For her attack, you need to be at close range. And to indicate a shot you must first indicate a place on the ground. After that, a volley occurs and a lot of small shells are peeled at the monster. Which cause not very good damage and use this ability does not make sense.

If you decide to use this attack in business, then it’s better to be an immobilized monster. Since the projectile has a short attack time period and deals damage gradually.

To apply a standard and powerful attack, you need to charge the Bow. To do this, just hold the shot button for a while, until the light indication of the bow. It is even easier to carry out this attack, you need to shoot single shots continuously, for some time.

Enhanced attacks can also be made from dodging and rolling. The only incomprehensible moment is when after such an attack the shots fly off somewhere in the other direction. Quite often, shells shot up. In this case, nothing positive happened, and the enemy did not receive damage. 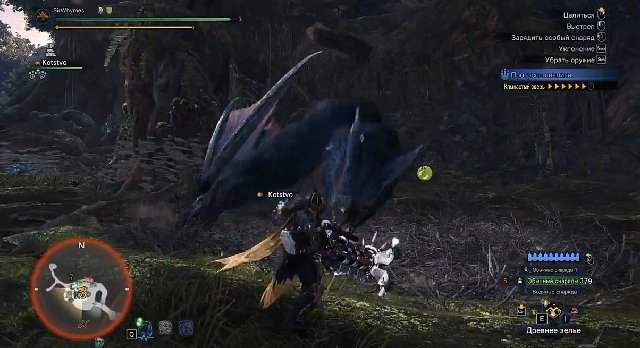 In other cases, it’s better to just shoot “Powerful Attack”, as it allows you to release a few arrows at a time. But, you need to consider the distance and be at a close distance a few steps from the monster. And cover for arrows, select “Melee Cover”.

When meeting with armored monsters you need to use the attack “Dragon Piercer”. It has a long charging time for a shot, but it breaks through the armor and does decent damage. It’s better to use it together with the “Power Coating”, so you can increase the final damage on the target.

The bow has at its disposal a good Thousand Dragons attack, and if you use it together with Power Coating, you can get a good result. Damage goes even to armored monsters.

About the combat process. 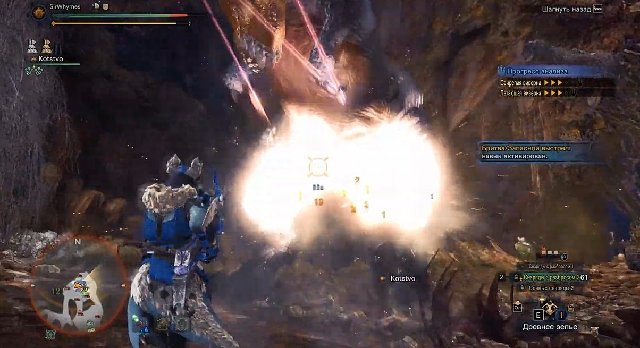 The weapon “Bow” has a radius of effect of causing damage. If you are very far away, then the damage may not pass at all. Moreover, if you approach almost point blank, then the attack will pass, but with not full damage. And the sight will change to the one that indicates a ranged attack of “Yellow”.

Long-range attack begins with the “Yellow Sight”, in this case the damage passes, but minimal.

It is important to note that the most optimal distance for the Bow weapon is average. To determine the optimal distance, an “Orange Sight” is displayed with an additional circle. In this case, the damage passes completely and without fines, if you shoot at the monster’s weak spots.

Therefore, it makes sense to keep the monster at a distance. And try to get away from a close location with a monster on time. If close contact has occurred, then you need to change special coatings to “Melee Cover”. And it is possible to use a hook to immobilize the monster. 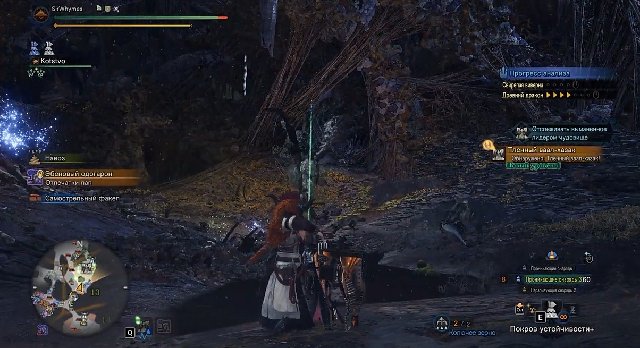 If you managed to keep the monster at a medium distance, then it makes sense to use the Thousand Dragons attack. This attack is the most powerful of the “Bow”, and after using the character throws back. It is better to use it if the monster looks the other way and is located sideways towards you.