In the game Monster Hunter World Iceborne there are several types of weapons and each of them has its own combat mechanics. As well as the application strategy. Starting the game for the first time, it’s not easy to immediately understand the controls and understand the advantages of weapons. In addition, there are different types of monsters with their strengths and weaknesses.

About the features of the hammer weapons in the game Monster Hunter World Iceborne.

The hammer in the game is considered one of the most powerful weapons causing additional damage. And at the same time simple to execute. For example, you can press only one button each time and already get a good result. For these points, great for beginner players. 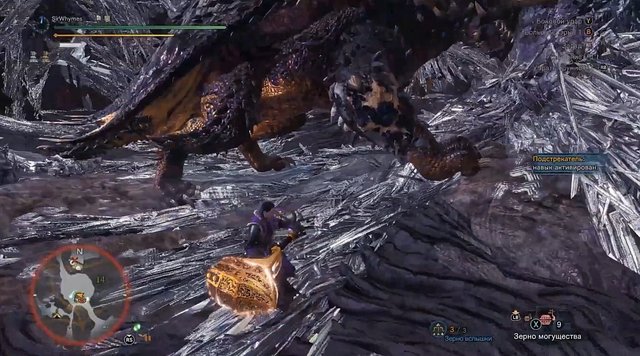 At the same time, you should not limit yourself to one attack button and change the attacking button from time to time. So you can make the game even more interesting. The weapon has nice combinations that do good extra damage.

The main tactics of warfare.

When attacking monsters, you need to choose the right moment. And inflict one-off standard attacks, while not forgetting dodging. This way you can avoid damage from the monster and freely inflict another good one-time attack. 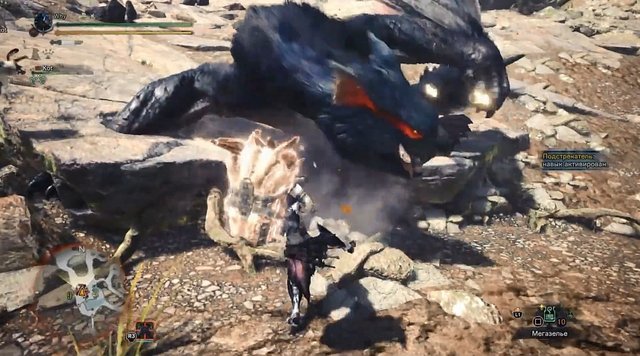 When the monster slowed down a little and stopped, you can charge the Hammer and inflict medium combined attacks on it. If you managed to knock down to the ground, you must immediately try to gain a powerful combined attack. In this case, you need to try to attack the head of the monster, so you can soon win.

In order to inflict the maximum amount of damage, you need to charge the hammer with energy. At the time of the charged hammer, you can temporarily activate the protective functions. And when the hammer is activated, its color changes and it starts to glow. So you can determine whether the hammer is charged or not.

A feature of the charged “Hammer” is that in this position it does not reduce the character’s movement and does not affect his mobility.

Activated Hammer charges increase damage dealt and include defensive functions. Protection of the character is valid if the monster makes weak attacks. And at the time of hitting the character does not discard a set of combinations of attacks and does not interrupt. That is, the character is free to continue to attack the monster. 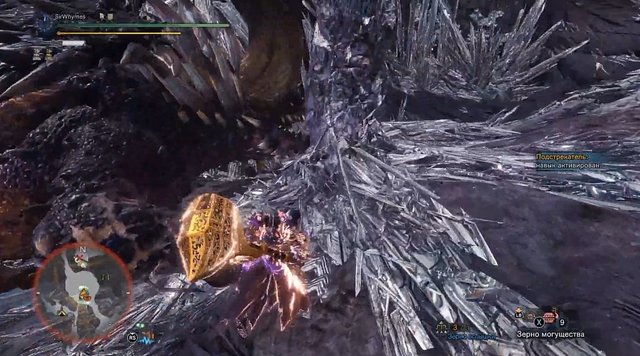 Protective functions can remain in effect as long as the character is in attacking mode. If the weapon is removed, then the protective effect is removed. If the monster managed to inflict a powerful attack on the character, then the defense is also removed.

The most standard and simple attacks are “attacks from above”, and then “attacks from below”. In this case, the last attack can do about 200 points of damage. Such attacks do not reduce the character’s mobility and do not delay him for the duration of the attack. Suitable for beginner players.

These attacks can come up against most monsters, since attacks deal damage on a small elevation from the ground. Therefore, they can reach the head of most monsters. 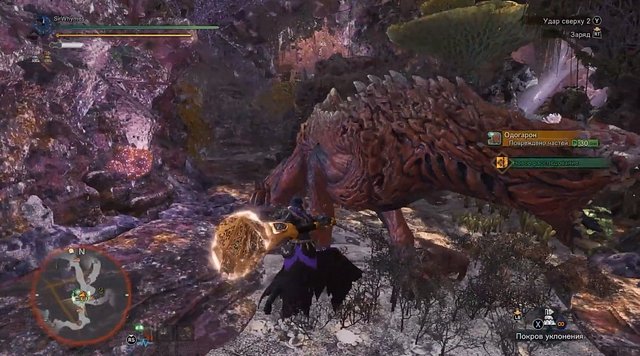 When inflicting such attacks on a monster, one must take into account the weaknesses of monsters. And try to inflict simple attacks precisely on weak points. In this case, even an uncharged hammer can bring victory.

This combination is good in that it causes increasing damage and with each successful hit, the damage becomes more powerful. Such attacks are best done on immobilized monsters that lie on the ground. And the best attack from this set of combinations is the Big Bang, which causes additional electricity damage. 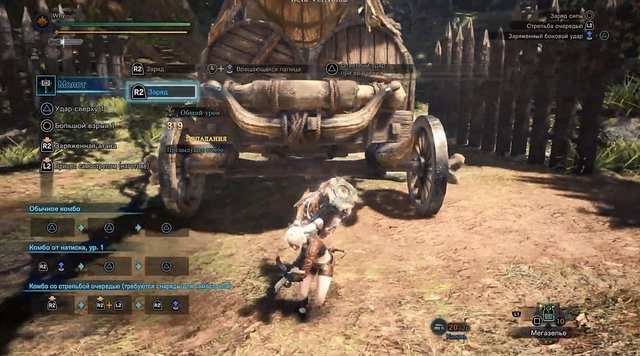 If some of the attacks did not cause damage and did not hit the monster, then the attack is interrupted. And the next attack deals normal damage. For these points, the use of the Big Bang is limited.

Charging weapons for the first level is quick and almost immediately you can attack the monster.

If you charge for a long time, then there will be a discharge of energy and the hammer will again become ordinary. In order for the charged hammer to be held longer before striking, it is necessary to roll with a charged hammer. At the same time, the weapon loading button must not be released, so as not to repeat the actions for charging the “Hammer”. 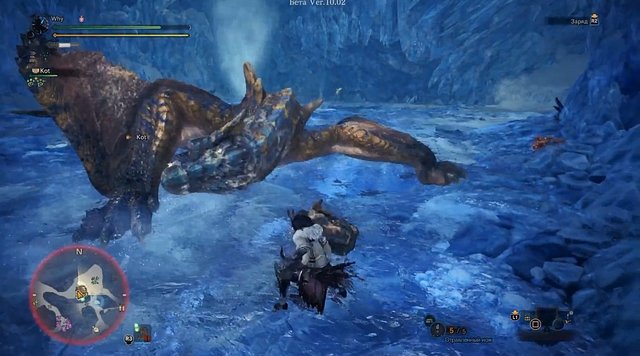 With a charged “Hammer” you can make a “Side Impact”, it will not cause much damage. But it makes it possible to continue combined attacks, which subsequently lead to increased damage. To do this, continue his attack with a “Punch from Above” and end the attack with a “Punch from below.” In this case, a strike from below will inflict about 340 units. 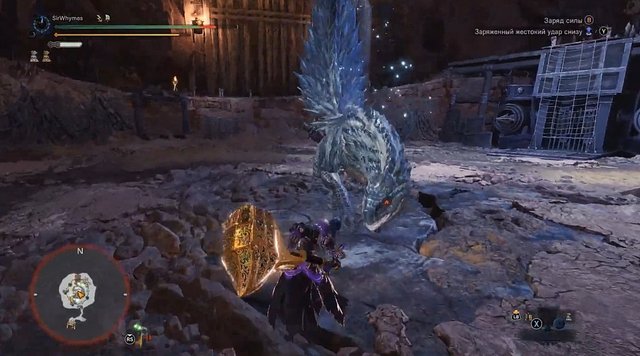 Charged attack of the second level.

Before starting a monster attack, weapons can be loaded. To do this, press the appropriate button, after which the character for a while will not be able to move. And to charged attacks, you can add regular attacks. 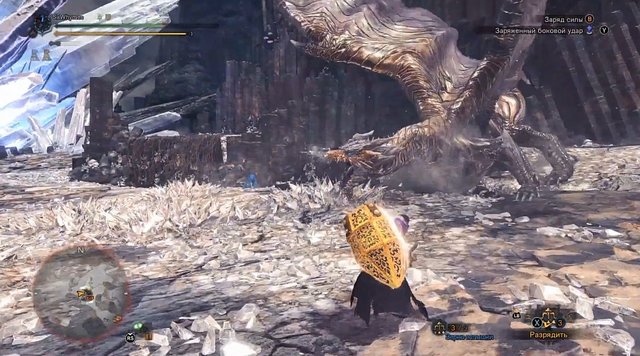 At the time of charging the “Hammer” before applying “Hard blow from below” it is absolutely not necessary to be in one place. The character can move, so as not to reset the charge, you can make not a big circle along a small radius in motion. And then strike.

Charged attacks of the third level.

To make such an attack, you need to hold the “Hammer” charge button for some time. The character will lose the ability to move, and his hammer will begin to gain energy and glow. And then the glow will pass to the character himself. And when the moment of transition of energy from the “Hammer” passed to the character, this means the readiness of the attack of the third level. 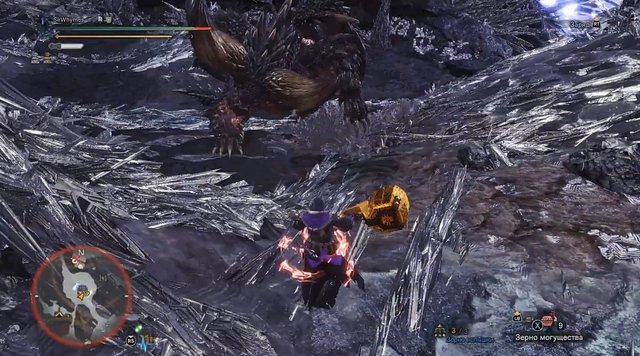 The character will start the attack with the “Charged side impact”, then you need to hold down the Hammer charge button again and after that the “Charged brutal big bang” attack will occur. The character begins to wave “Hammer” and inflict additional damage by lightning elements.

Such an attack takes time and accuracy to hit. What makes it extremely limited in application. And more suitable for immobilized monsters. And it’s better for a first attack on a monster to wake him up. 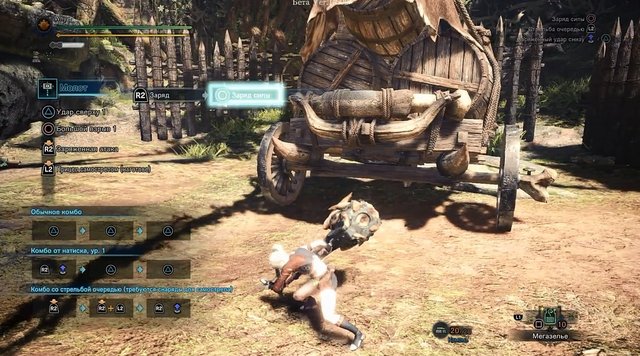 To do this, at the time of approaching the monster, you need to make the first few misses. And miss the first attacks in the air. And direct the final blow of this combined attack to the head of the monster. So you can achieve the first and powerful damage, about 600 units.

To make this attack, you need to hold the “Hammer” charge button and be in a circular motion.  As if spinning the “Hammer” and then the character will spin like a yule in one place. In this case, damage with a hammer in a horizontal radius. And the attacks themselves will do additional damage to the elements. 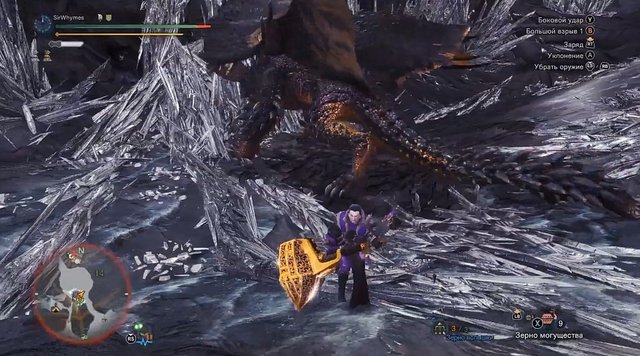 This combined attack can be called one of the most powerful of the “Hammer”. And at the same time, not very comfortable in terms of mobility. If the monster is not immobilized, then you can use this attack when it stands still and performed its maneuvers.  In this case, you must take into account the horizontal direction of the attack.   Which can cause damage only at the feet of the monster.