Clan Goats among other clans is considered the most enduring in adverse weather conditions. And it’s not easy, they have good indicators in the production of food and pleasant bonuses when achieving “Glory”.

Bonuses “Glories” give free improvements to the tools of the villagers mining “Food” and the improvement of tools is faster. And also one free “Feast” per year, which allows you to quickly increase productivity even in the winter season. By the way, using the Pir is just better in the winter and during a blizzard. 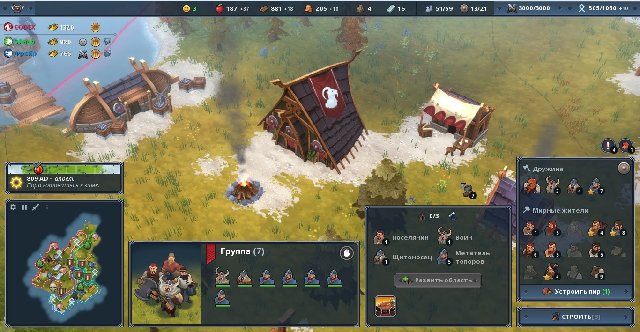 You need to start playing for them, as in most other clans, to develop territories in the direction of fertile lands. As soon as possible to establish production and extraction of resources, as well as to build the building “Shelter for the sheep.” So you can get passive income to “Food”, and “Settled” send to extract other resources.

Clan bonuses in the Giving: 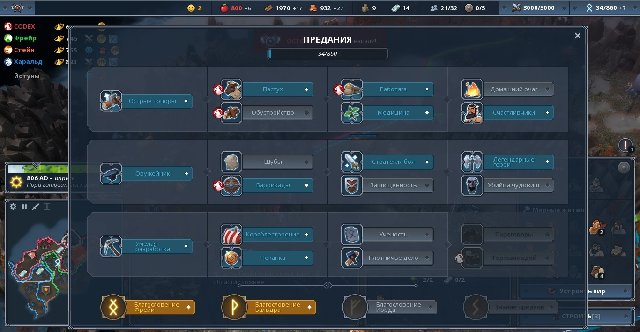 After improvement, it gives 2 more “Sheeps” and allows you to build another building “Corral” for “Sheeps”. And increases the production of “Food” by 10%.

With an open new territory, construction on it is reduced by 80%.

After the improvement, you can attach another “Peasant” to the building that produces the “Food”. And if the building has already been improved, then the maximum number of Poselyan will be 4 units. What makes the “Goats” clan the most productive on the “Food” resource.

Upon improvement, it increases the resilience of residents by 40% for each building on the territory. This improvement does not affect the army.

By improving this bonus you can increase the income of “Gold” from the trade “Food” by 50%, on trade routes.

About the unique clan building “Shelter for Sheep” and Colonization. 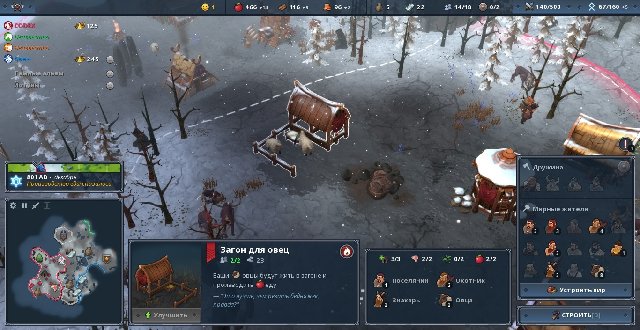 At the beginning of the game, the clan already has 1 to 3 Sheeps, for which you can build a corral and increase the performance of Food. Each Sheep has its own bonus. When one “Sheep” is found on the territory, tree consumption is reduced by 20%.

As much as possible you can build only 2 “Corral”. But in order to build a second “Corral” you need to upgrade the improvement in the “Giving”. Which is called the “Shepherd” and will further increase the production of “Food” by 10%. Each “Corral” built can be improved and one more place for the “Sheep” added, which will increase the productivity of the “Food”.

Colonization of new territories is carried out for “Food”, so that there are no big problems when expanding large territories. And if you upgrade “Improvement” in “Giving”, you can reduce the development of the new zone by 80%. Which in turn will simplify development and save resources.

About the clan relic. 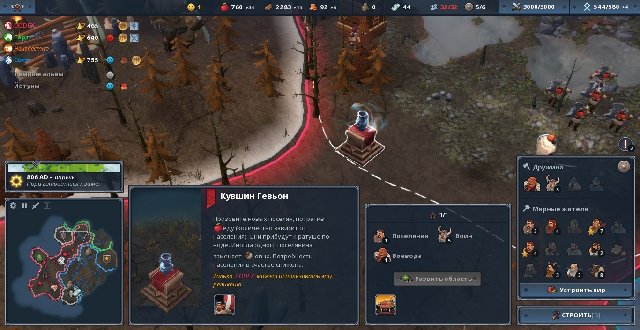 The clan’s name is “Jug of Gevion”.

After construction, it will be possible to buy “Poselyan” for “Food”. Thus, it is possible to increase population growth and increase the number. Sometimes, randomly, a “Sheep” may come for the place of the “Villager”. In addition to having a function, the “Pitcher Ghevion” reduces the need for “Happiness” among the population.

By building this building, you can quickly make up for losses among the population or increase the number. But for this you need to establish a good production of “Food”, as you may be faced with a choice, colonize the territory or hire a “Poselyan”.

Upon purchase, the ship brings 3 “Poselyanin”, and the price of them increases from the population.

And the consumption of “Food” is at a standard level and the “Goat” clan can allow the maintenance of a large army. Which has at its disposal three types of fighters “War”, “Throwers of Axes” and “Shield Bearers”.

The protagonist of the “Governor”. Among other clans is quite standard. Deals 15 points of damage, has 10 defense units of 75 strength. You can hire in the “Training Camp” 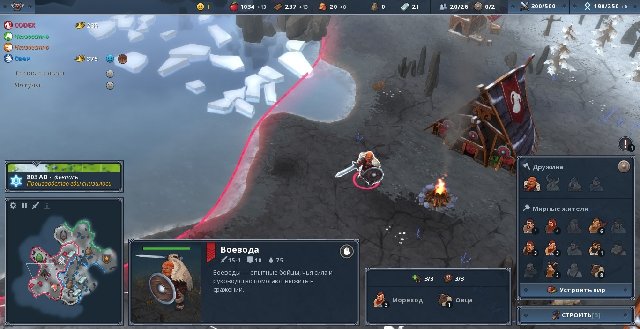 About the choice of “Career”.

From the available data in “Career” it is better to choose the improvement “Guardian”. Since the Kozi clan has no bonuses for the army, they need a numerical advantage and the Keeper is the best choice.

In the “Career” “Guardian” includes:

Upon reaching this level, it will be possible to improve the tower ethereal, but once a year. And also increases the allowable number of squads by 2 units.

This improvement will save space from the construction of military buildings, which increase the allowable number of squads. As well as saving resources from improving the tower.

Increases squad security from enemy attacks by 30%. Provided that there is a “Defense Tower” on the territory being attacked. And it gives one improvement for the tower once a year. But if two years pass, only one Defense Tower can be improved. So it is better not to miss the opportunity to improve for free and spend the improvement on time.

After improvement, the resident also receives an active ability that increases their combat abilities. And if they attack the territory, you can activate “To Arms” and all civilians will become a “Militia”. Thus, it is easier to fight off enemy attacks and defend your territory. But the “Militias” can only fight on their territory and do not go beyond. 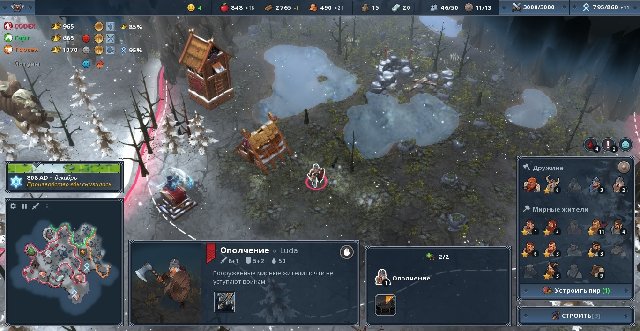 Becoming a “Militia” increases damage by 8 units and the protection of 5 units. This is not much, but still contributes to the fact that the population can give at least some sort of rebuff and defend themselves.

Clan “Goats” is quite simple and productive, moreover, not very demanding on “Happiness”. With a population of about 46 people, one improved Tavern managed the Happiness. But improvements were made in Giving, increasing the Happiness indicators.

If you decide to play this game for the first time, then the Goats clan is one of such clans for beginners. Where beginners will be able to adapt to the game and understand its features.